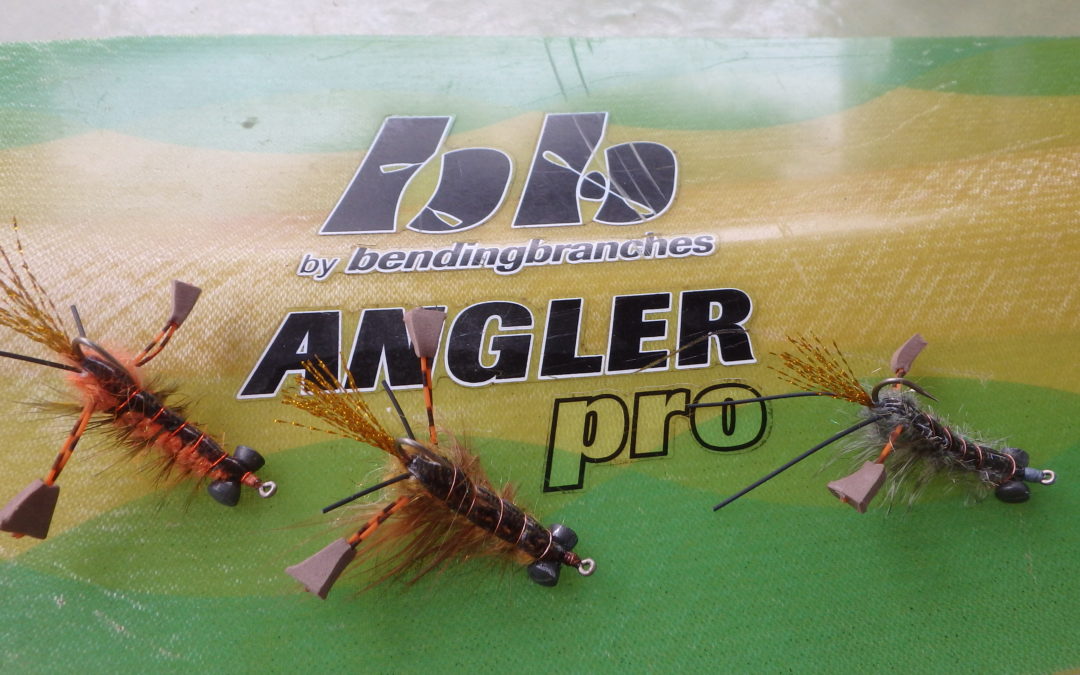 The crawfish has long been recognized as a favorite food of bass, catfish, and other fish, but how many fly fishers regularly utilize a crawfish pattern? The crawfish is known to be an excellent fly for large browns, but have you considered a crawfish for rainbows, cutthroat, brookies, or lake trout? What about warm or cool water species such as walleye, carp, bluegill, crappie, northern pike, perch, and bullhead? A fly that effectively imitates this food source would certainly be very versatile! One such fly is Ritt’s Fighting Crawfish.

After tying my first Ritt’s Fighting Crawfish pattern and studying my finished result I believe that with some modifications to the concept used that a similar fly known as a shrimp could emerge from this recipe. My initial tie of the Fighting Crayfish had been done on a size 4 hook to target some big bass but I think that I will be tying some of these in either a 6 or 8 size hook for trout and carp as well. 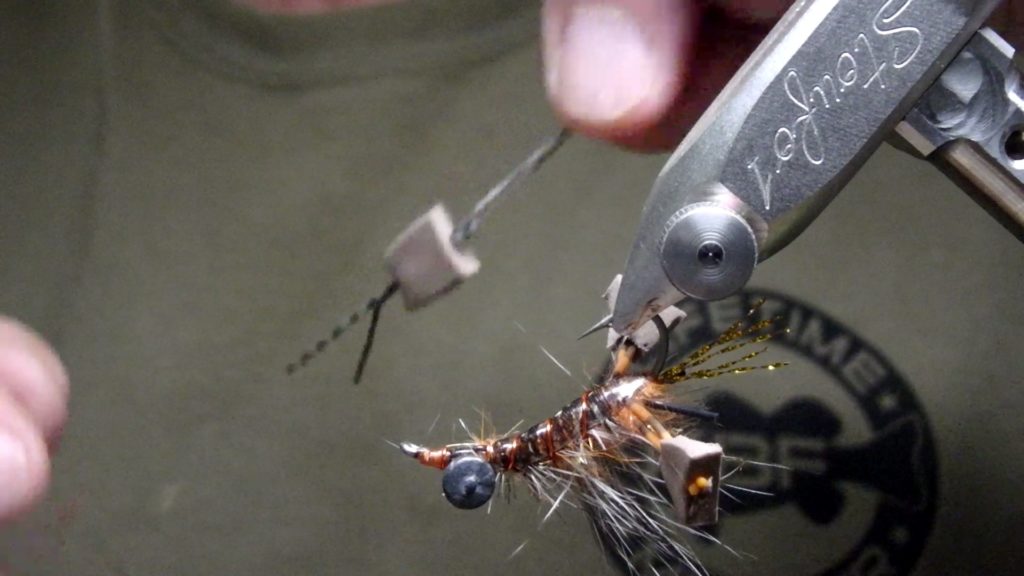 Prepare the claws (I do this in batches ahead of time) by cutting appropriate size squares of foam. Thread a section of round rubber through a needle and using the needle pull the doubled length of rubber arm through the foam from edge to edge. Cut the round rubber loop to release the needle. Add a small drop of super glue to the short ends of the rubber right at the base of the foam; gently pull the rubber back toward the foam to draw the glue inside. Don’t pull the rubber ends all the way into the foam. After the glue has dried trim the glued ends of the rubber short and trim the sides of the foam to form a rough triangle. If a two-tone claw is desired, color it at this time with a permanent marker. 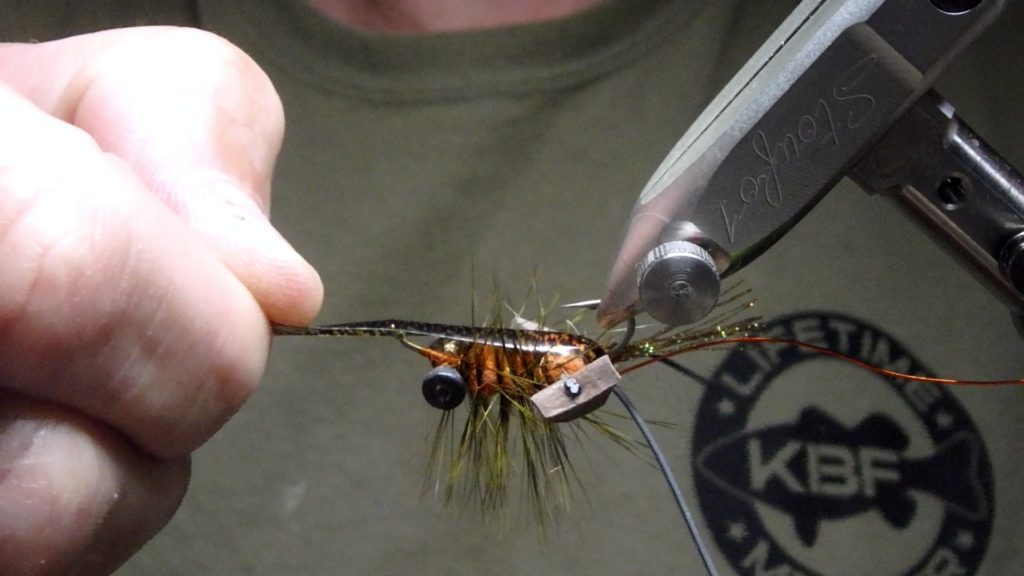 Pinch the barb and mount the hook in your vise with the forward portion of hook shank horizontal. Start the thread behind the eye of the fly and wrap back to the bend at the 1/3 point on the hook shank. Mount the lead barbells on top of the hook shank, leave enough room to tie off the carapace, rib, and form a head.

Re-mount the hook with the rear portion of the hook shank horizontal, wrap the thread to a point approximately 1/3 around the bend of the hook and attach the antennae. Add a small ball of dubbing over the tie in point. 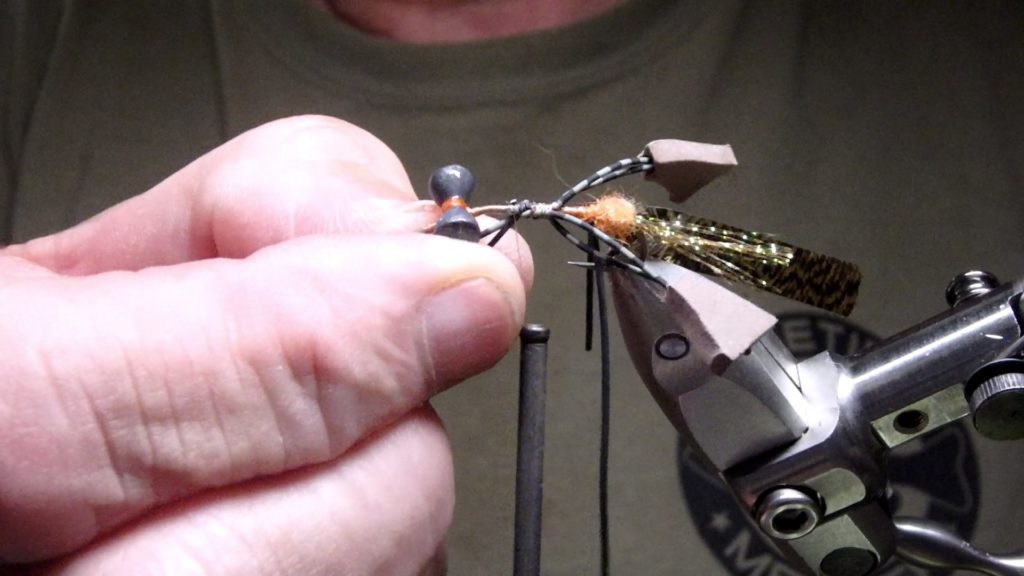 Tie in the round rubber leg eyes on either side of the dubbing ball. If you have a rotating vise, the following steps may be easier with the fly turned hook point up. Tie in the carapace along the bottom of the hook. Tie in the pre-prepared claws (see separate steps at the end), one claw on each side of the fly. 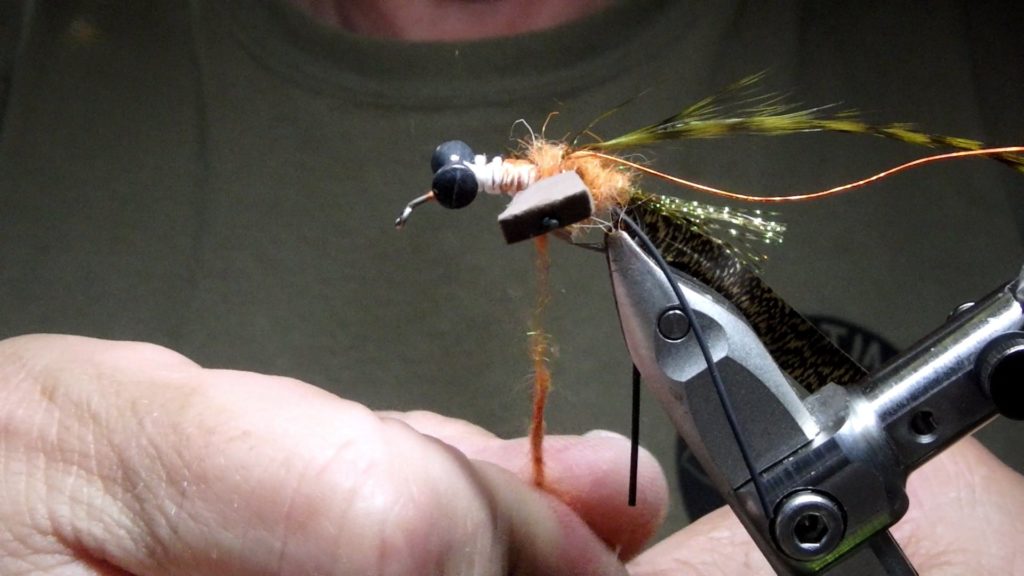 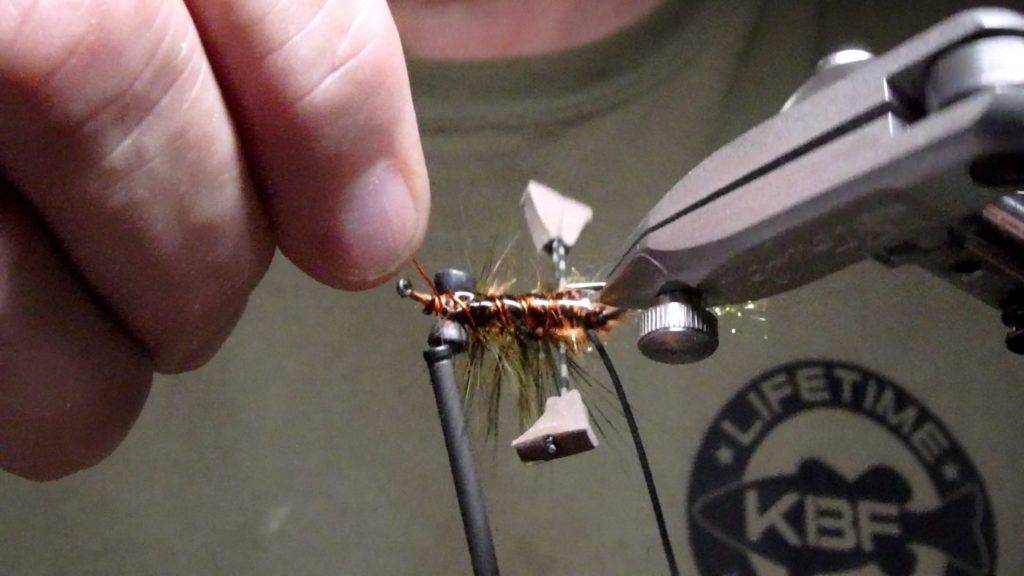 Reverse wrap the wire and tie off. Form a neat head and whip finish.

Trim the hackle near the lead eyes off the bottom of the fly. Using a nylon dubbing brush to avoid cutting the thread and hackle stem, brush out the dubbing to form a shaggy, flowing fly body that mixes with the palmered hackle. 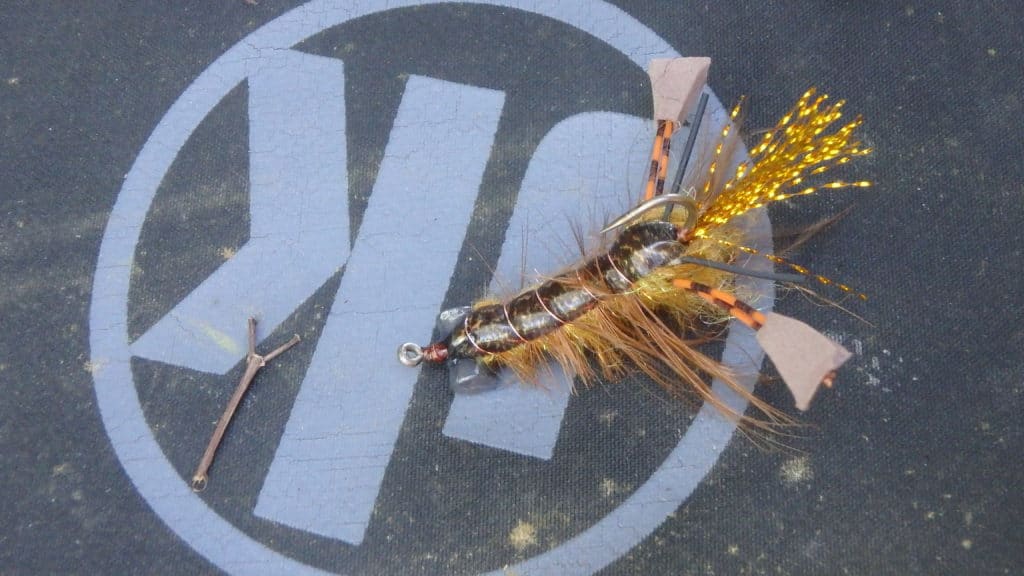 Now that you have the basic pattern down consider some of these other colors: a tan / ginger combination color pattern for a crawfish that is going through the soft shell phase or yellow / chartreuse combination for yellow snapping shrimp for saltwater. I hope that you will consider tying this fly and experiment to create other types of bait for the species that you plan on targeting with the fly rod.