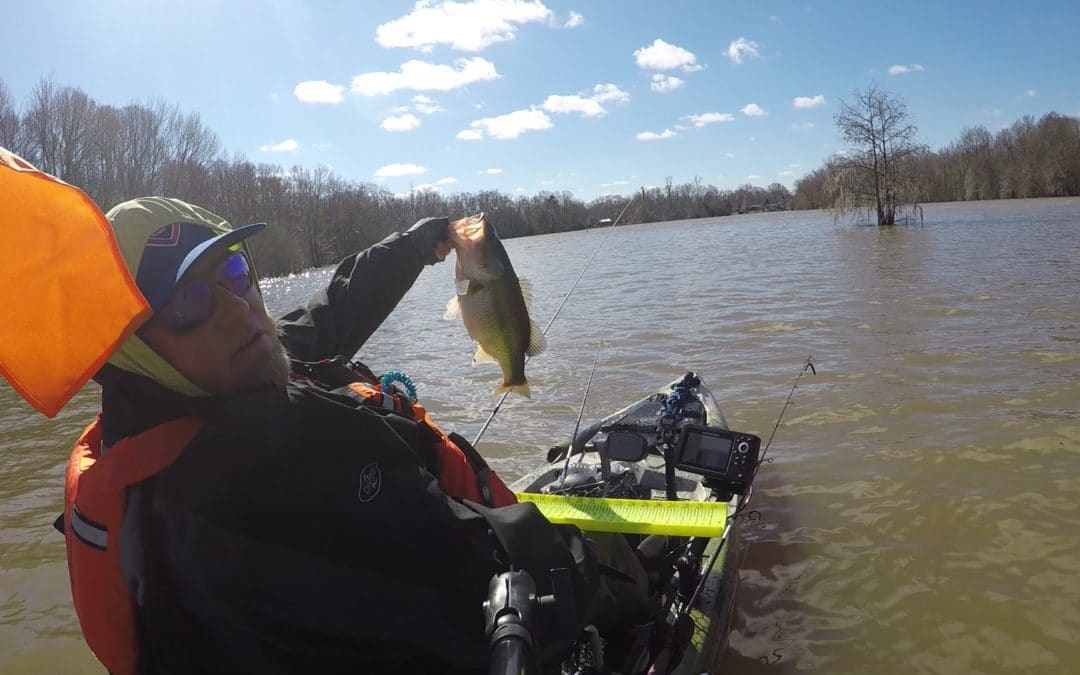 Time to do a Jackson Coosa FD3D review! I do feel that I must preface this with the fact that up until now since I started kayak fishing, I have been a die-hard paddler. Some might even say that I was boarder line closed minded to the possibilities of ever using a peddle drive. Now understand that I never have tried to deter someone from getting one, I just personally never entertained the idea of having one for myself. My mind was first changed on the possibility when I borrowed a Coosa FD from a Jackson Dealer in Charleston South Carolina while on vacation (note I had asked for a paddling yak). It became very apparent to me with the tide and wind how a peddle drive just might be useful especially when fishing.

My first Jackson kayak was the original Coosa and I still absolutely love that yak, but will say that in general the Coosa HD came out it was even more versatile in a lot of different types of water. So, when the Coosa FD came out, I knew that it was going to be an amazing yak, I also knew that with the peddle drive it was going to be even more versatile. However, I still didn’t believe that I would ever really want to go that route just because I love paddling so much. After my experience in Charleston though my mind was changed in seeing the benefits to a peddle drive especially when it came to fishing and so the journey began. Since I fish tournaments, I decided it was time to put this thing through its paces.

First let’s talk about the Flex Drive 3D and the drive itself. The first thing I noticed about the Flex Drive 3D is just how slick it looks now that it is coated black to match the lower. It gives it a very clean look and even makes it blend in to the overall aesthetics of the yaks. The forged crank arms instead of cast gives the sense of a solid connection with each rotation and that it is going to be very durable. The new bearings and tighter tolerances are noticeable in the smoothness of each peddle rotation making it effortless to make it spin with ease. Having the grease ports on the top of the upper unit makes maintenance super easy. Finally, the two-blade prop flat gets the yak scooting across the water with great ease and stows in the high position with the deck hatch closed. No more worrying about dropping something down in the drink because the prop is in the stowed position.

Attaching the upper to the lower couldn’t be easier with just two T-Bolts to secure it together. So, in the case of removing or attaching it takes literally no time at all. Lowering and raising the prop with the handle that forms cleanly to the upper is easy and convenient since you don’t have to pull the entire drive out in the case of shallow water or obstacles. It keeps maintaining your deck space easy when you don’t have a ton of moving parts to worry about when raising or lowering the prop. For peace of mind the prop actually kicks up when moving forward and an object is hit. The prop and drive shaft are protected by a durable dagger board that takes the hit instead of the important parts. This is an extremely efficient reliable drive unit that just flat works in all kinds of conditions. Another great aspect of this drive is that it stows completely flush in the hull so if you know you are going to be hitting shallow water, you can with confidence knowing you are not going to be ripping the unit off. So being a river rat like myself I can still hit those skinny rivers and paddle, but when needed engage the prop and peddle off into the sunset.

So, Jackson offers the Flex drive in several models; 360 Angler, 360 Tricat, Big Rig FD, Bite FD and the Coosa FD. As I stated before the Coosa has a special place in my heart so that is the route I took. The Coosa HD does an amazing job of being good on swift rivers and flat-water lakes so I figured the Coosa FD3D would too. Recently I got the opportunity to put it through its paces on Santee Cooper during a KBF event. Using the peddle drive allowed me to spend more time casting then adjusting my approach with a paddle. On top of that getting from point A to point B was a lot faster especially considering the high winds and chop. I spent a lot of time going through tight spaces and shallow marshes to get to the fish and it just slipped through with no problems. Several times I hit downed trees just below the surface and the prop came up just as designed and then I was quickly able to get the prop back down in the water and keep on moving. Having a deck hatch to clean off anything that gets wrapped on the prop like vegetation or fishing line is super easy and convenient.

Overall after three solid days on this yak I determined that this drive is solid as a rock and is packed full of well thought out features and the yak itself was beast. Even fully loaded with eight rods and enough tackle to supply a tackle shop the Coosa FD3D handled like a dream. I was really shocked at just how shallow this thing drafts and how shallow I could get without even pulling the prop up. Even with the peddle drive unit on the deck there is still plenty of room to stand confidently and move gear around as needed. I was concerned that because of the peddle drive I wasn’t going to feel I had enough deck space or would feel confined and that wasn’t the case at all. In fact, by the end of the week I actually enjoyed having it there. I was able to use the drive as a rod stager and a standup strap. I was able to maintain relatively solid speeds despite not being in the best of shape. When the wind was down 3 to 3.5 mph was easily achieved and even in a strong head wind 2.5 was not hard to achieve. In fact, I was surprised that after spending a solid three days on the water my legs just were not that tired. The FD3D drive really is smooth and easy to turn. 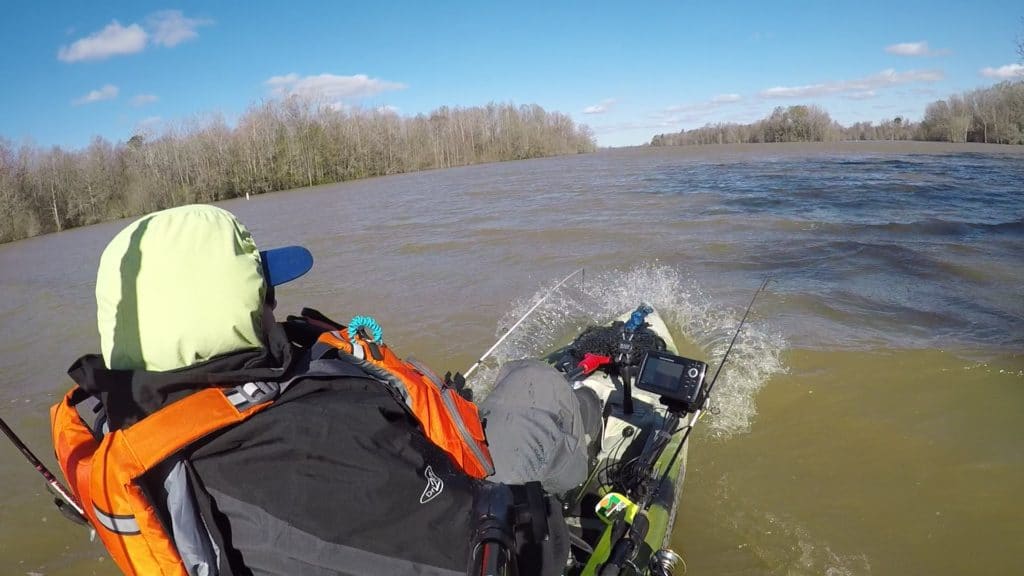 Another cool feature that was integrated into the 2020 Coosa FD and other peddle drive models is a through hull grommet that makes wiring lights and electronics super easy. I was able to install my YakGear Dakota Lithium battery in the front hatch and run my wires for my fishing finder and a phone charger through the hull with no fuss. The Coosa FD has plenty of track to organize all your accessories for those fishing adventures and outings. One of the things that really made me happy was the fact that even in some really terrible conditions I could focus on fishing because of just how stable this yak is. The wind though bad was not as frustrating because with just a few turns of the peddles and rudder I could control my drift and approach to fishing spots. So, I am not saying no more paddling for me as I still love my paddles and the feel of gliding through the water, but I definitely see that there are real benefits to peddle drives especially the Jackson FD3D drive. When it comes to fishing it will be hard for me not to take the peddle drive. Go check out one of the many peddle drive options Jackson offers at a local dealer near you and demo one for yourself. Till next time good times and tight lines.