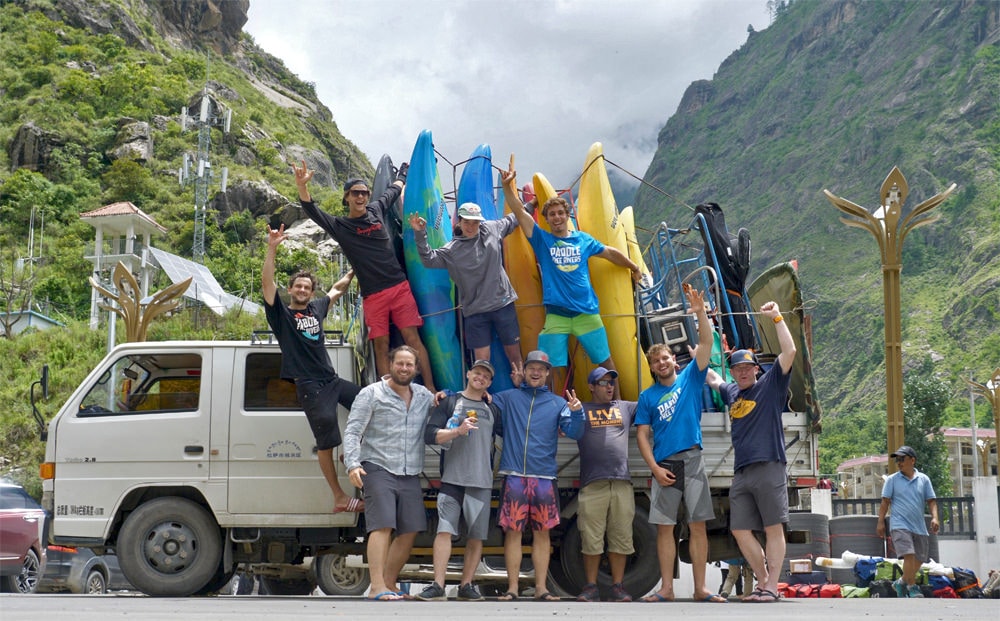 In July, me and a crew of well known and capable paddlers went east to explore some tibetian rivers. Besides me, there was Adrian Mattern, Bren Orton, Nouria Newman, Olaf Obsommer, Jochen Lettmann, Thilo Witzke, Matthias Deutsch and Giordano Farina.

Tibet is an autonomous region and lies between the core areas of the ancient civilizations of China and India. It is also known as „the roof of the world“. To get there, we flew to Kathmandu, Nepal. After some warm up kayaking there, we started the travel to Tibet.

Therefor we sat in the car for three days and drove up to 5 300 meters (17 380 feet), sometimes on roads that aren’t really roads. Finally arriving in Lhasa – the capital of Tibet – we had to stay there for at least two more days in order to get used to the altitude. Headache included. Everybody couldn’t wait to get on the water. 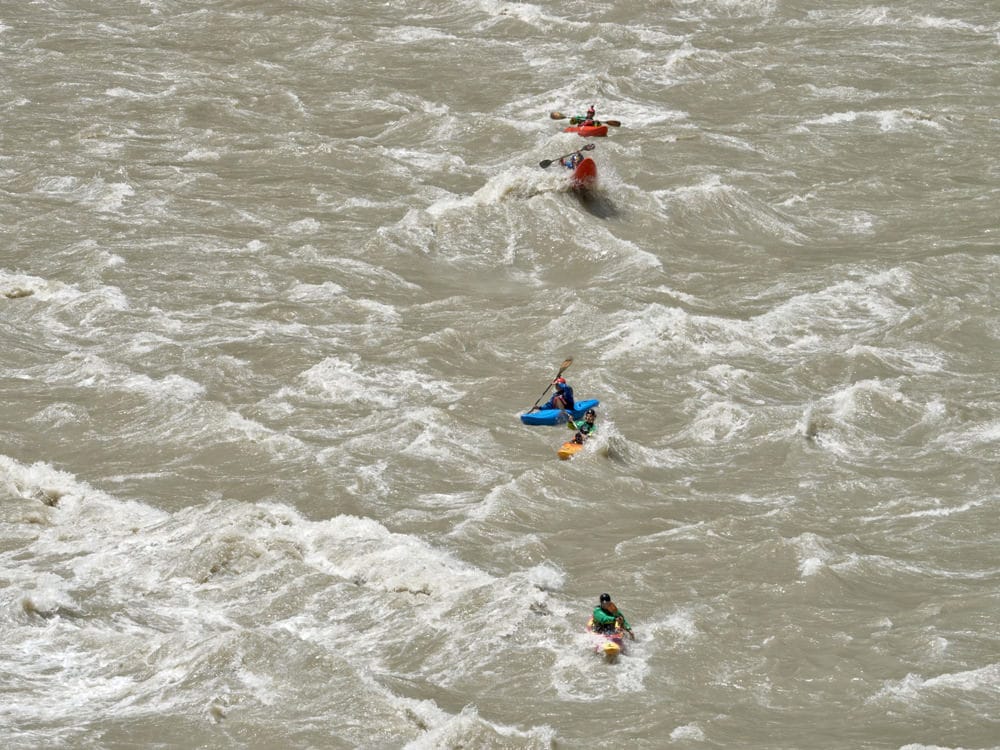 After some more hours of driving finally we could unload our boats, get changed and paddle the first river in Tibet. It was a section of four hours at about 4 200 meters (13 800 feet) height. It felt like being the unfittest person ever, each stroke was exhausting and made you breathe abnormally hard.

The trip continued with lots of driving. But to be fair, driving through Tibet is something many people would dream of. And it is stunning indeed. The landscapes are mind blowing: Massive mountains, raging rivers and wonderful flora and fauna. Enjoying the view and the included full body massage of the shaking car, we made our way through Tibet from river to river. 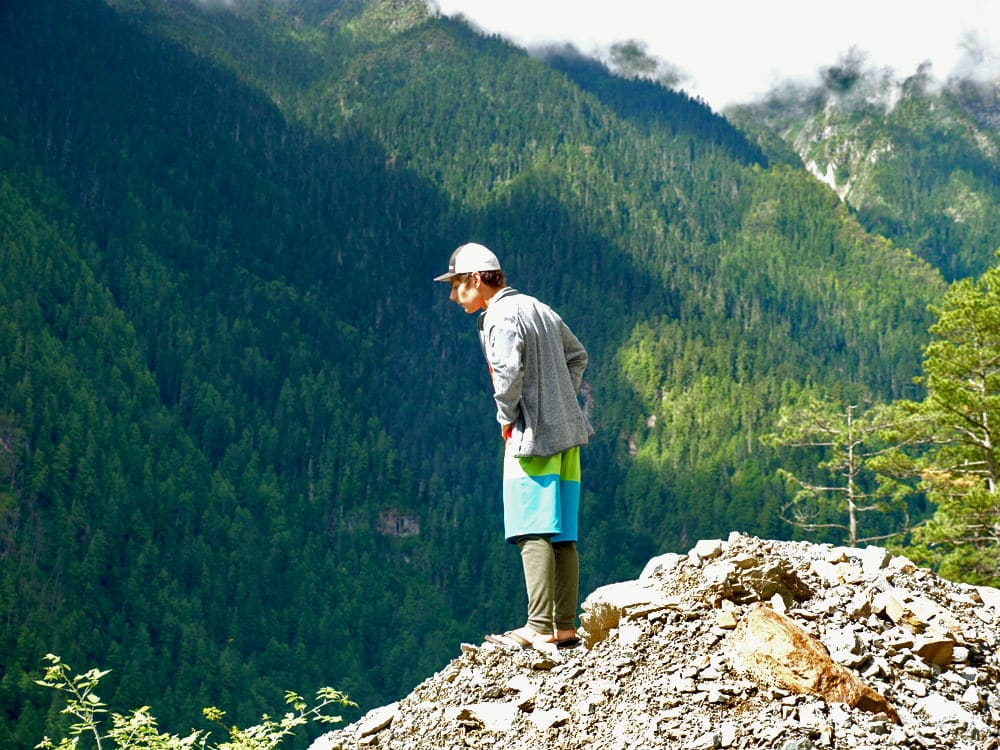 At least we tried to. After several flat tires and a broken shock absorber, the cars were in the same conditions as the roads – ruined. Not just once the way was blocked because of landslides and one time, we had to rebuild the road ourselves. The adventure never stopped. Both on and off the water. 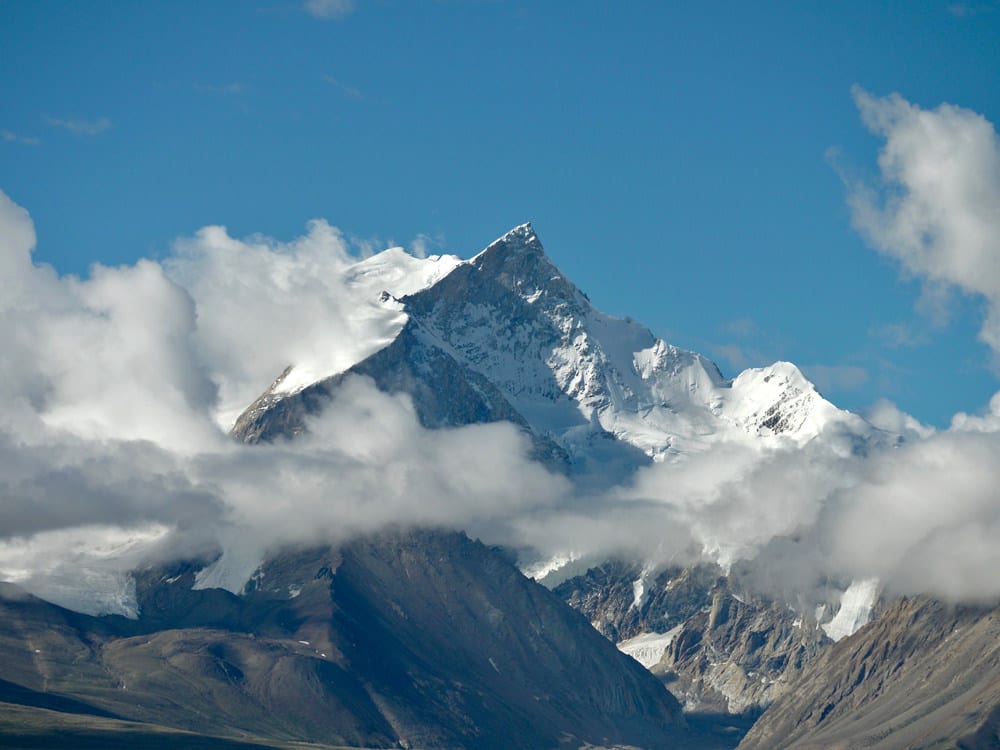 As there is monsoon season in Tibet in July, the rivers were super high. It is hard to imagine the mass of water going down the Himalaya mountains. Sometimes we had to hike out of unrunnable gorges, sometimes we had to scout in the macchia but sometimes, we had world class whitewater. As expected, on an expedition, there is good and bad moments. All in all it was a great trip with many exciting and unforgettable moments.