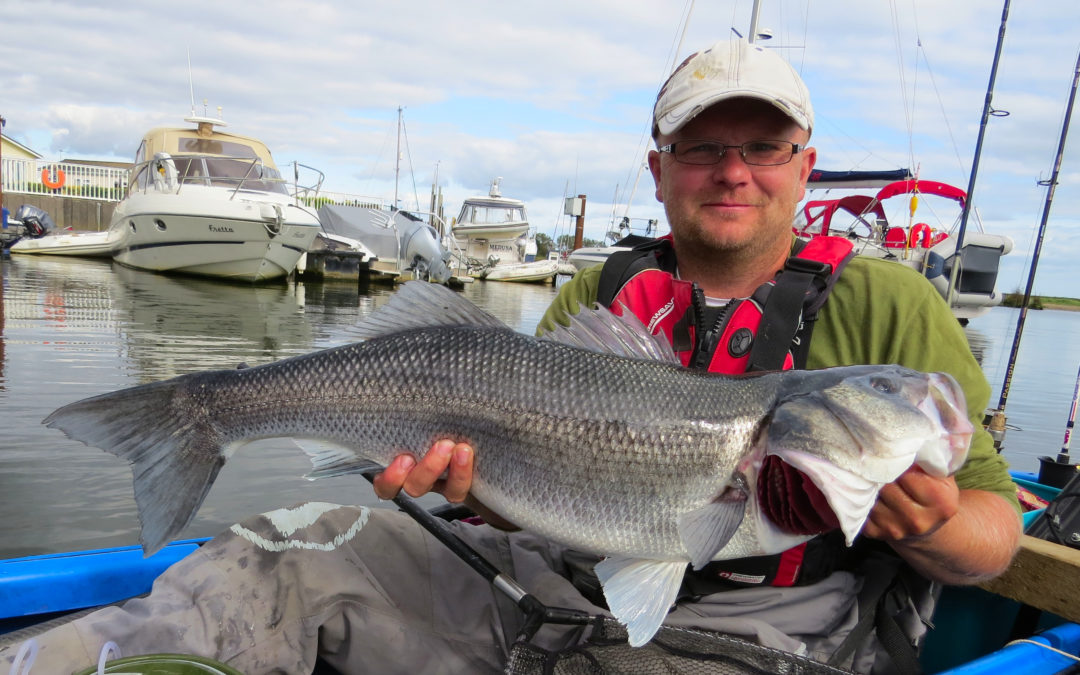 Every September I head down to Christchurch Harbour on the UK’s south coast to fish the annual kayak grand slam competition. This is a firm favourite for me, I’ve always done well at this competition having won it a couple of times but the main reason I go is I get to do some fishing I don’t normally get chance to do, fishing for Bass and Mullet. 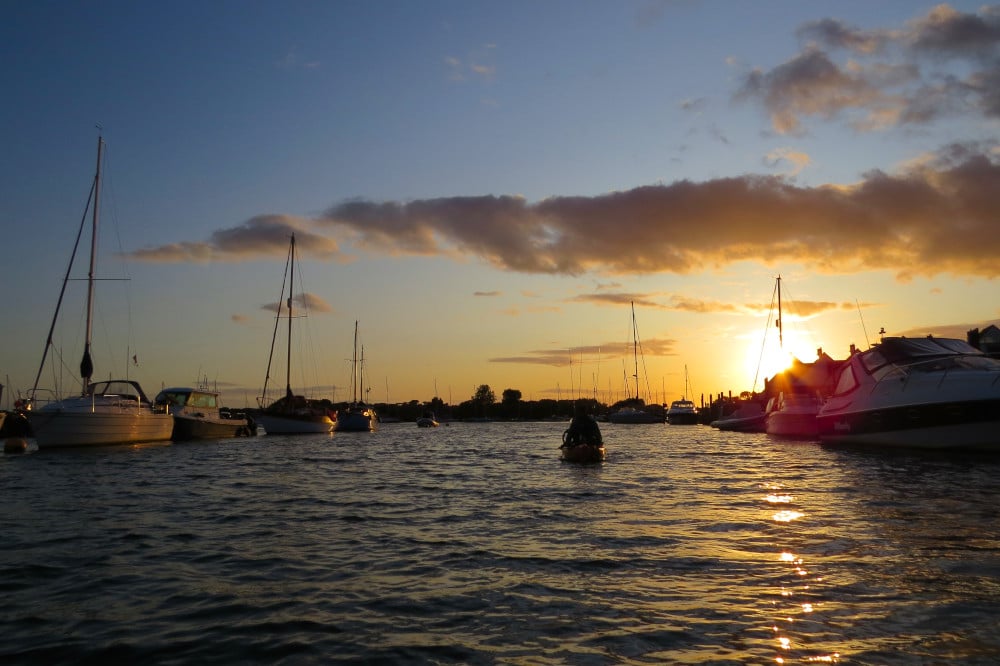 Normally I’d write a report on how the competition went for me but unfortunately though my wife took ill so I missed half of the comp, so I’ll focus on the practice days instead.

I do enjoy the practise days, bit more relaxed and the harbour is a bit quieter so it’s a nice place to be. We don’t have venues like this up north so really is a joy to fish somewhere a bit different. Almost too many features with boats, reed-lined bays and pontoons to fish and it’s well protected if the weather turns nasty! 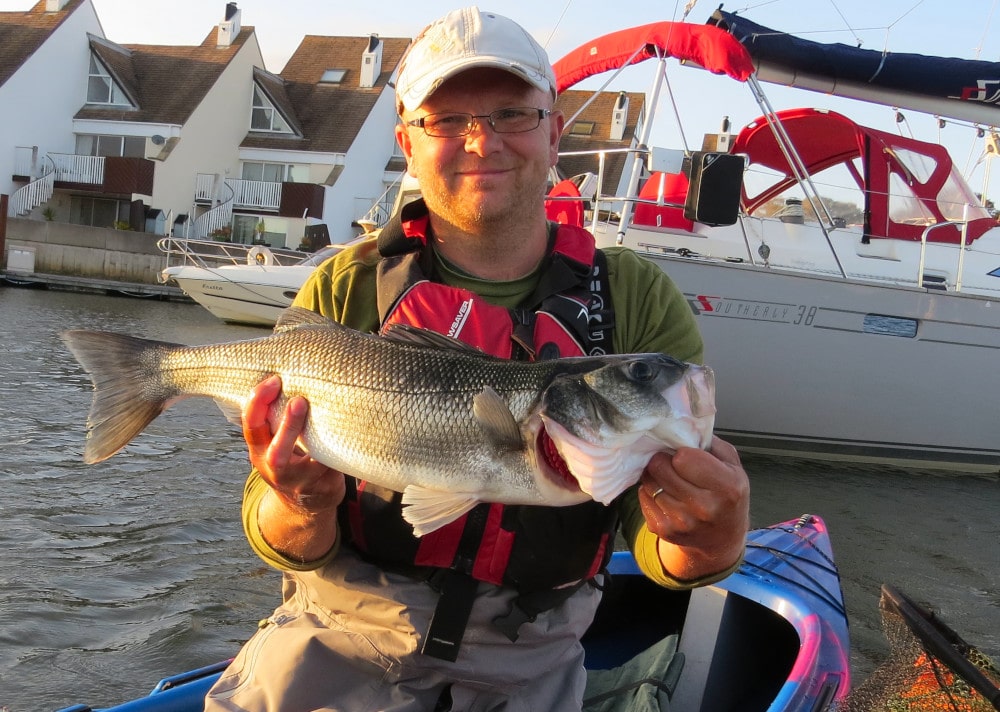 Apart from the Bass I did try to catch some thicklip Mullet, it was the first time I tried for them and I now know why they have a reputation for being a pain to catch! Damn those things are finicky! I was so close to hooking some b#very good fish but they are not daft so came away fishless but learnt a lot for my next visit. 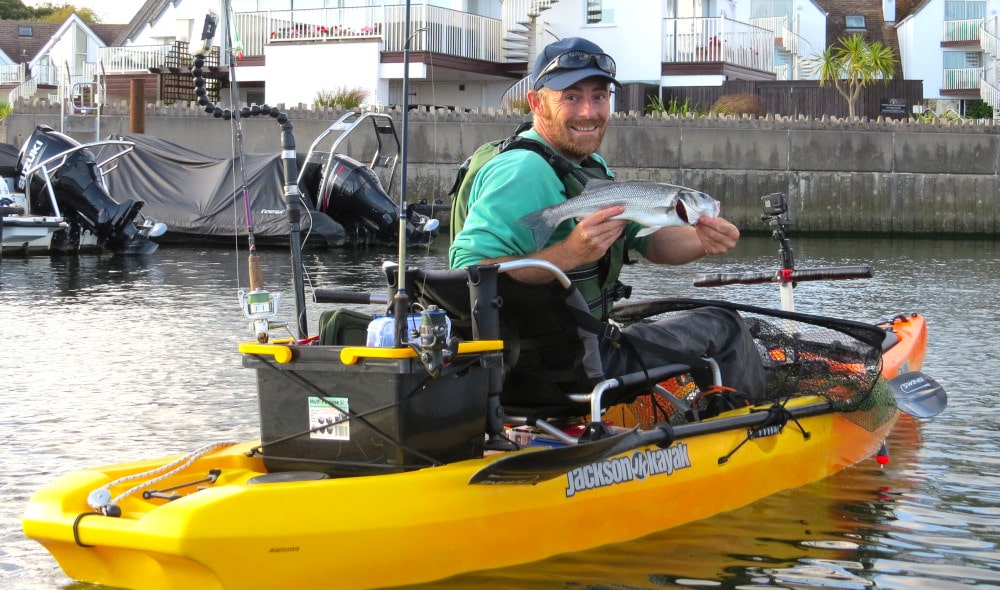 The Bass fishing was hard work at times, bites were few and far between but generally hooked up most times. It was generally schoolies so maybe only 2-3lb at best. We did find a few bigger ones to 5-6lb on the evening so not massive but still great fun.
One of the days though started off the same, few schoolies around but none of the big fish I was hoping for until I got a decent take. Struck and straight away I knew it was a good fish, running me around like an idiot and snagged me up a few times and I thought I’d lose it but luckily for me I teased it out and eventually in the net. 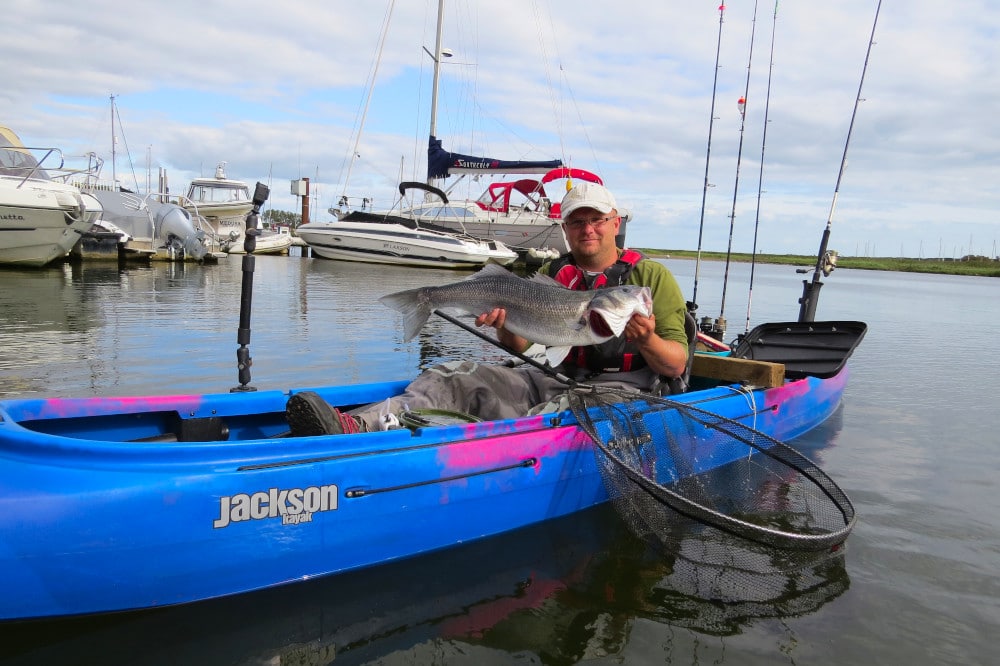 A lovely Bass of 10lb 1oz, not quite a pb but not far off. I’ll take that thank you very much 🙂