Courtney Kerin – A Decade of competing at Worlds 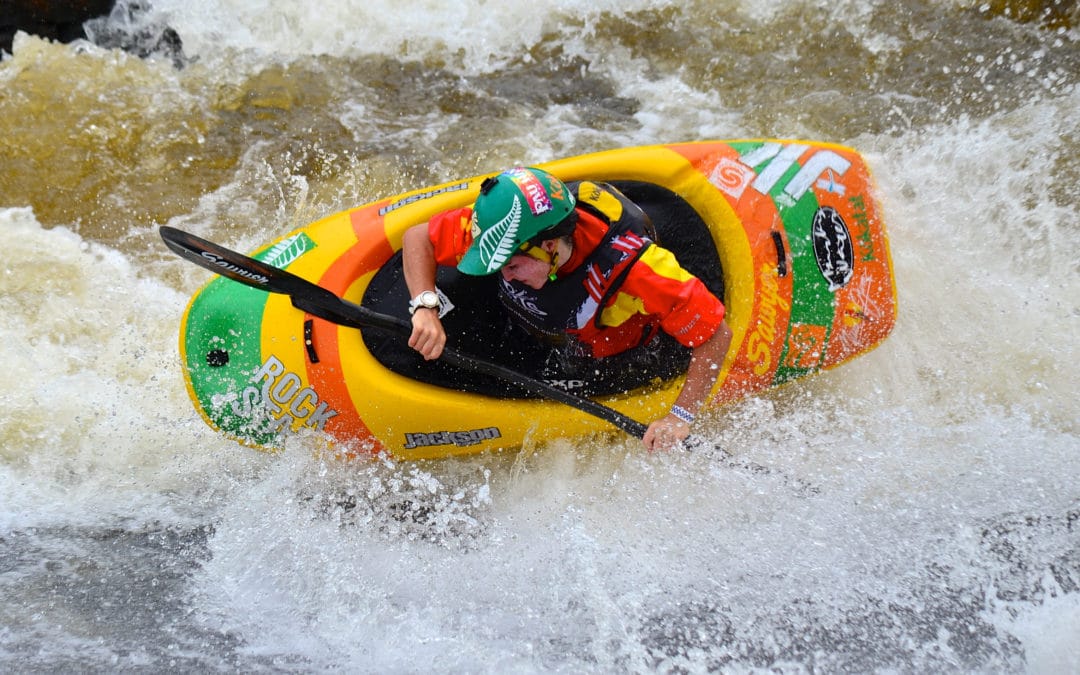 For the last ten consecutive years I have competed in every World Cup and World Championships of Freestyle Kayaking. From my first World Cups back in 2010 as a 16 year old in Augsburg and Plattling, Germany; when i first found my way into the greatest international family of athletes anyone could dream of, to this year, 2019’s World Championships in Sort Spain, marking my 10th consecutive year of competing at freestyle worlds events.
I am extremely proud to have found a way to make this all possible and by no means has it been easy, with numerous injuries, spending about half the year off the water in New Zealand every year to raise funds and a lot of sacrifices, but i wouldn’t change it for a thing!

2010 kicked off my first international kayak travel and overly emphasised to me how much more is out there in the world and how amazing of a sport we have. Two World Cups in Germany, the first being in a powerful hole at the top of the Augsburg whitewater course, where I unbelievably (to me) finished 3rd in the Jr Women. This was meant to be followed by a second event in Plattling, however it was eventually cancelled due to flooding and instead we enjoyed some fun kayaking til we could no longer. 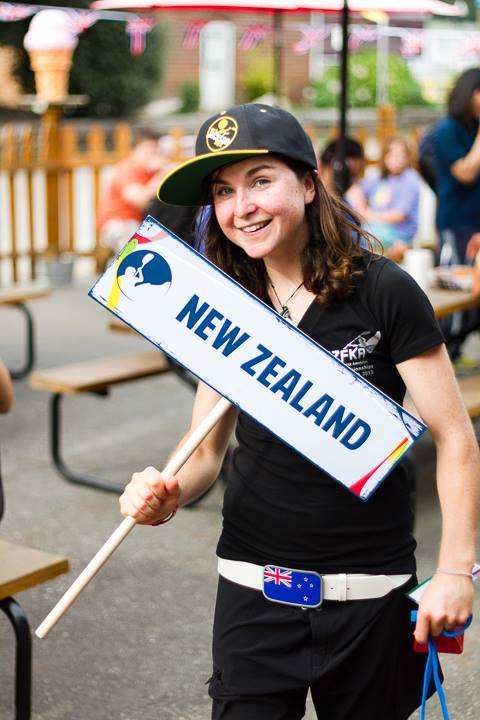 The previous years World Cups led us into an amazing World Championships held in Plattling. This year luckily the water did not flood. I showed up a month early to live in my tent down by the river and train day and night. It was such an incredible experience and I’m still buzzing to go back someday. The big event came up very fast, my first ever World Championships. I made it through to finals in first place and was feeling ecstatic! Beyond words that a lil’ kiwi could get this far. I noticed every other junior had a coach and so asked a new friend Islay Crosbie from team Great Britain if she could be mine (thanks Islay!). Finals resulted in a 2nd place finish of which I was still very proud of, as was my Uncle Kev standing down the river bank waving the NZ flag ready to have a heart attack.

Although being the youngest one, I was now officially a senior by ICF and it was time to step it up against the best of the best. All the women I looked up to and am constantly impressed by are now my fellow competitors. It’s surreal, exciting and scary. Nerves are still getting the better of me but i also learn competing alongside my best mates on the water is in-fact best case scenario and makes it enjoyable no matter the result. Rock island, is somewhere I like to call home in the USA. It’s where my Jackson Family lives and was a favourite of mine and I managed to pull out a 4th place finish. Next came Pigeon Forge, a steep hole that provides huge air but I found hard to muscle tricks against the step face, I came out with an 8th. These events led us to NOC for the finals where I came just short of the final round of top 5 and finished 6th. 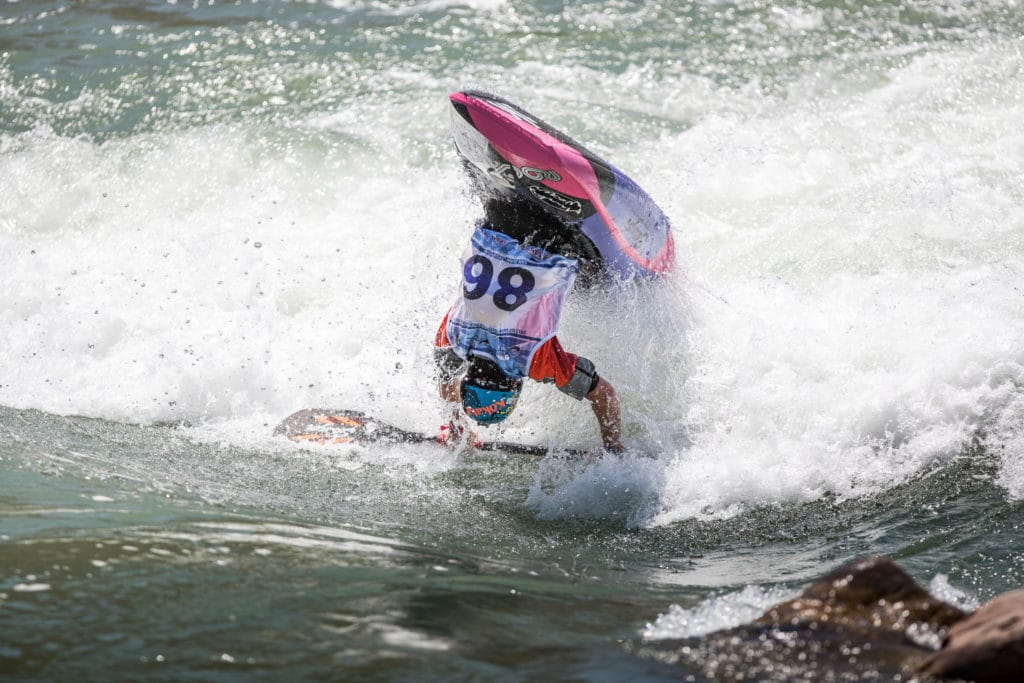 It was time for my first World Championships as a senior and of all places at NOC, which at the time it was by no means my favourite feature, cold, tricky and unique. However I spent a lot of time there in the year prior and learnt how to make it mine. I learnt consistency and could get the big air as still the youngest and the smallest of the senior women.
I got knocked out in semifinals on the final ride of the last competitor knocking me from 5th to 6th and just out of the top 5 finals. That being said i was still very happy to have proven myself this far against my heroes and flew back to NZ for shoulder surgery shortly after.

Euro tour, World Cups throughout France and Spain. It was time to explore more world territory. The first World Cup was held at the natural games (a massive outdoor sports event) in Millau, France. I finished 5th= but the tie breaker dropped me to 6th as only 5 could make finals.
The second in Salt, Spain, a small feature but loads of fun. I really enjoyed the smaller/less powerful features to be found around Europe. In Salt, I finished 8th before we left for the 3rd and final World Cup and the finals in Sort, Spain. Sort has always been a large, powerful but also with some shallows kind of feature, and that being said was never one of my favourites but the town was small and gorgeous. I finished 8th in this final World Cup event for 2014 and that would be the end of my first trip to Spain. It was a unique and different culture with all but Sort being much smaller/ less powerful features which personally I found a lot better suited too my small stature. The parties were wild and opening ceremonies even bigger than I had seen yet. The Europeans know how to party! 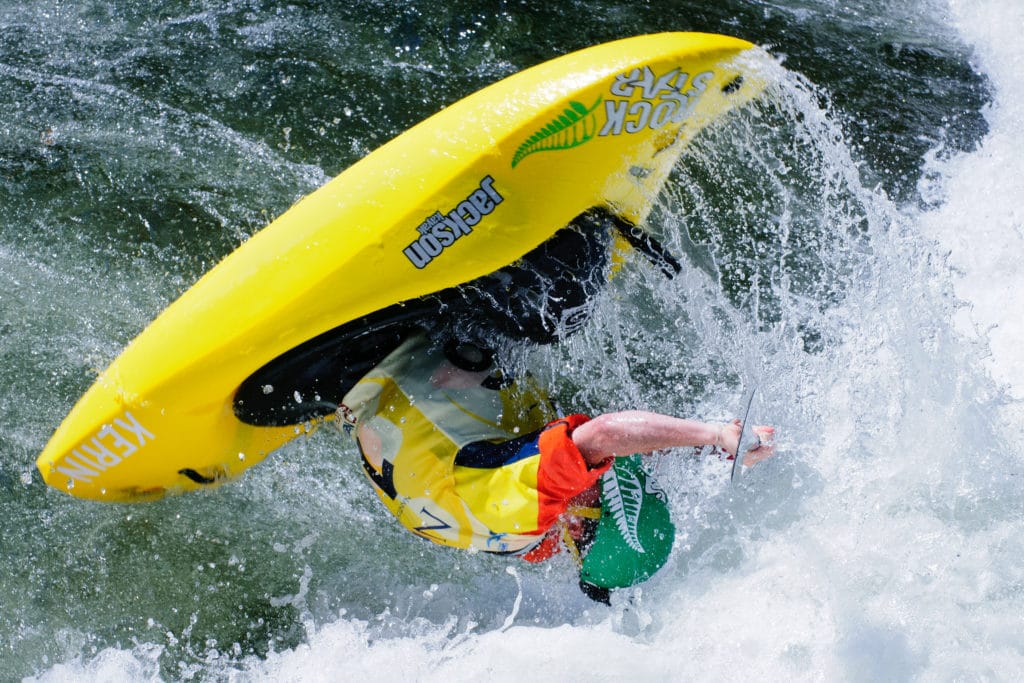 Move on to Canada and the first wave worlds since I began, which means a whole new repertoire of tricks. Competition was on Garburator wave, a narrow pocket on a steep and powerful wave. My body definitely felt it! As hard as I trained and as consistently as I was getting big tricks it was not my event in the end and I finished 11th just shy of semifinals. It was incredible however to watch a whole different side of freestyle be preformed by all our multi talented freestyle athletes!

South America was another first for me, I had always wanted to make it down here! Held in a river, in the middle of the desert, next to giant sandy peaks is a beautiful and (in my opinion) perfect hole to train and compete in! We would have two World Cups in the same feature this year to show consistency. In the first event I finished 4th, just shy of podium and in the second event I got third (finally securing a senior medal)!! I was beyond ecstatics and I think its fair to say no-one had seen athlete so stoked to get a bronze in their life!!

I was beyond stoked to have an excuse to come back here in San Juan. I loved this feature and continue too. The women stepped up their game once again and I was proven not to keep up. Even though I felt I improved tremendously and it showed in my paddling, so had many others. It was so impressive to see how strong so many women are. My tricks weren’t perfect enough and I finished 9th. But this was an eye opening time of whats still to come with Freestyle as all the athletes keeping pushing the level of competition! 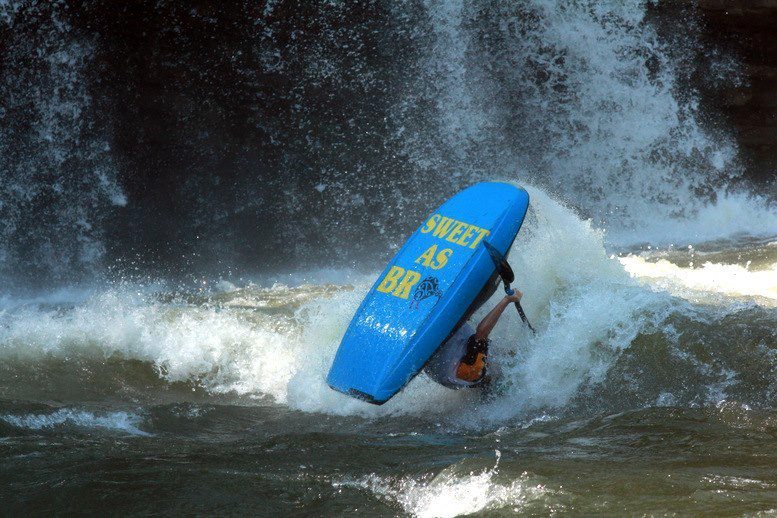 Two World Cups in one feature, a repeat of the San Juan format. Sort known for its powerful water, flowing below the mountains in a beautiful small town. Also known for hosting previous kayaking events. The beauty of this year was hiring a car and checking out some other amazing places in events throughout France prior to the World Cups.

The decade marker, my 10th consecutive Freestyle Worlds event! This was a big deal for me and had been a goal for a long time! Though I didn’t have high hopes knowing I struggle with the powerful Sort feature at the best of times, I was proud to celebrate and enjoy my accomplishments up to this point. It didn’t go strong for me but I did remain in the top 10 even with subluxed ribs. The celebration of friends, places and accomplishments is what it was really all about! I have the best friends in the world, who I am always beyond proud of and stoked to spend time both on and off the water with! 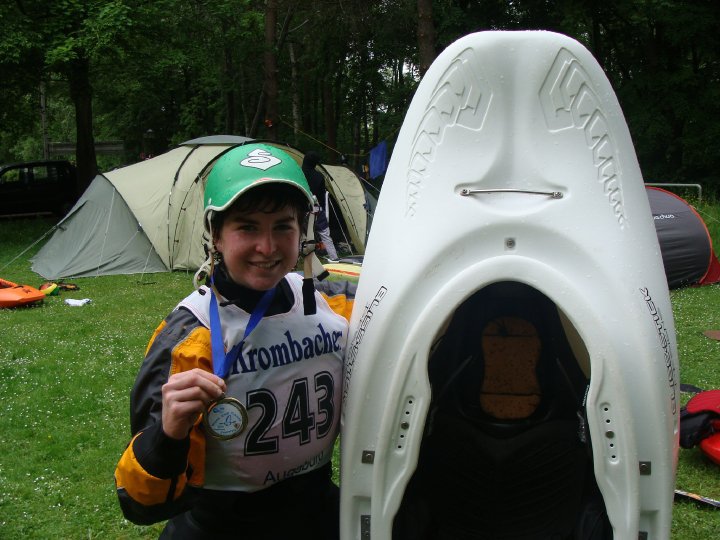 10 years down and no doubt more to go!
Moral of the story is, results are fun and something to take in pride but the real benefit of these events is to explore new places, give you focus in your training and self improvement and spend time with the best of people doing what we LOVE!

Catch you on the water!