The rare Belgium gems of playboating 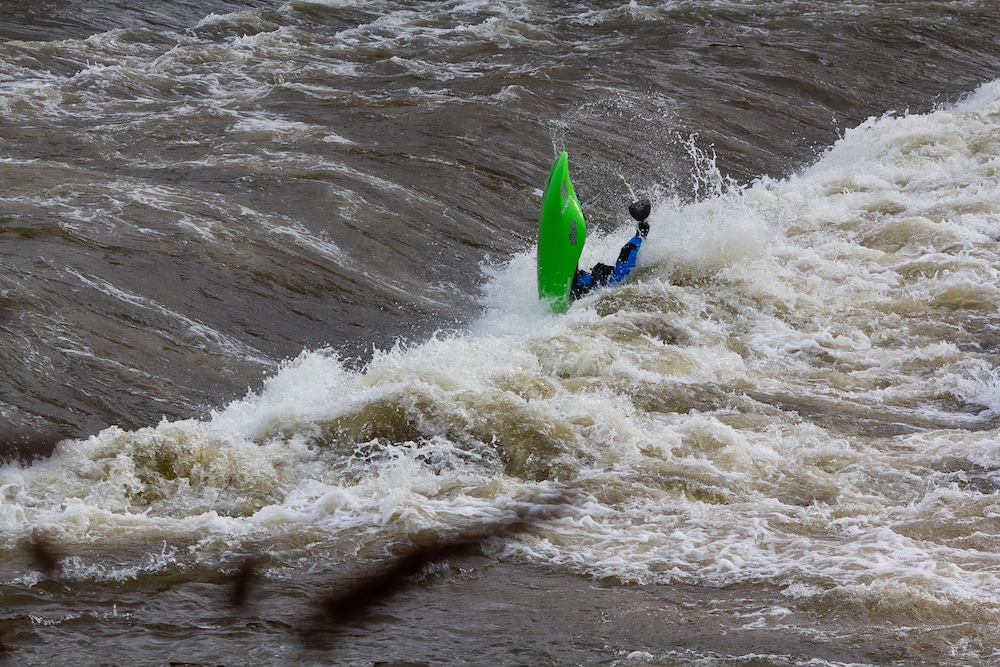 It might surprise you to read this, but there is actually some playboating potential in Belgium!
We’ve got 3 holes that are decent for playboating, yes 3! 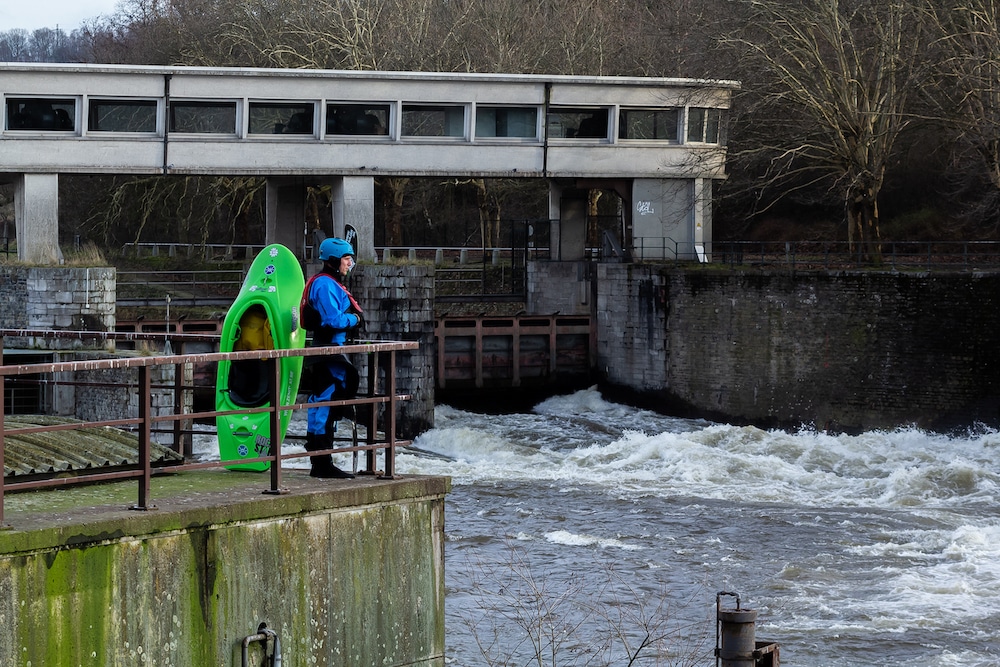 Unfortunately, these are rare treats during winter and spring. 2 of the 3 holes need a lot of water to run and it’s officially forbidden by law to paddle them. Belgium law dictates that there can be no water activity 100m before or after a dam. Unfortunately, these holes are both formed by a dam. 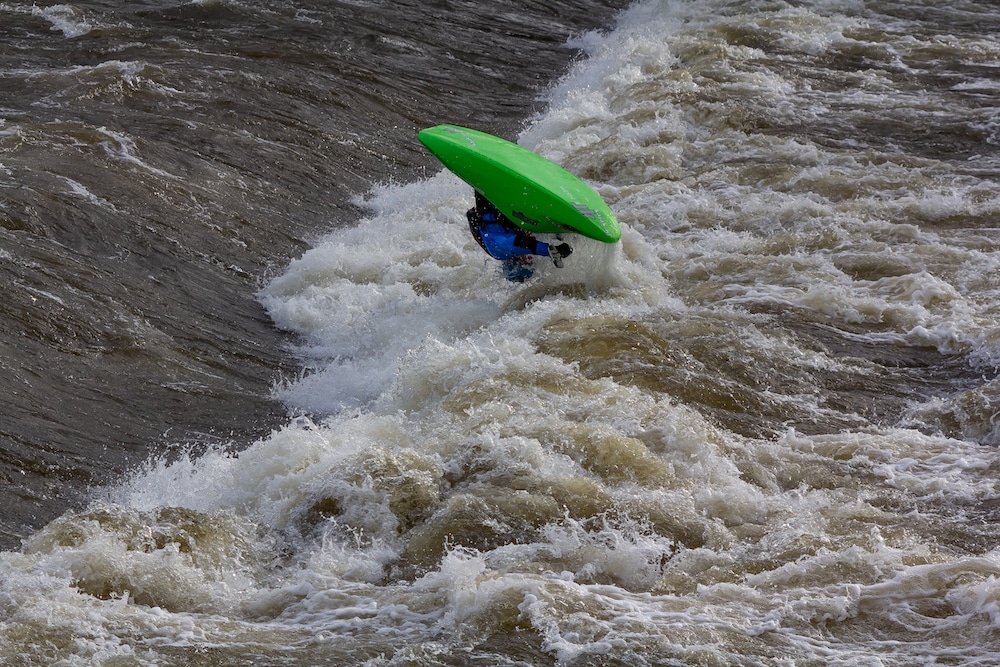 Luckily for us, the police look the other way most of the time when they drive by.
Over the years they’ve learned that we’re experienced enough to navigate these holes and that we are aware of the dangers they involve.

Let me tell you some more about these features!

First of all, we have Tron Chique, this is basically a similar hole too inlet gate in Nottingham, only with faster flowing water and depending on the configuration of the gate it’ll be steeper or more flattened out. In its prime configuration this hole runs with a fairly low level, which means a couple days of rain are enough to give us an awesome playboating opportunity!
This year the gates were unfortunately to low which meant we needed at least twice the amount of water before we got a hole that was sticky enough to do some freestyle. Due to the complicated relation with the law we don’t have any influence on the configuration of the gates.
Tron Chique was a rare sight last winter. Such a shame!

Check out the video below from my fellow Belgium paddler Tom Dierick to give you an idea what it was like last winter.

The second feature is Belle-Île, this is a wave hole that’s fairly similar to Plattling. It does have a lot faster flow coming into the hole which can make it a fairly rowdy ride and hard to setup. The surfers left shoulder turns into a small wave at some levels which is great for some smaller wave moves. Typically, Belle-Île starts to run after Tron Chique flushes out or gets too dangerous to navigate. Personally, this is my favorite as it offers different kinds of features depending on the levels and you can go absolutely massive given the right timing, especially in the new Rockstar 4.0! 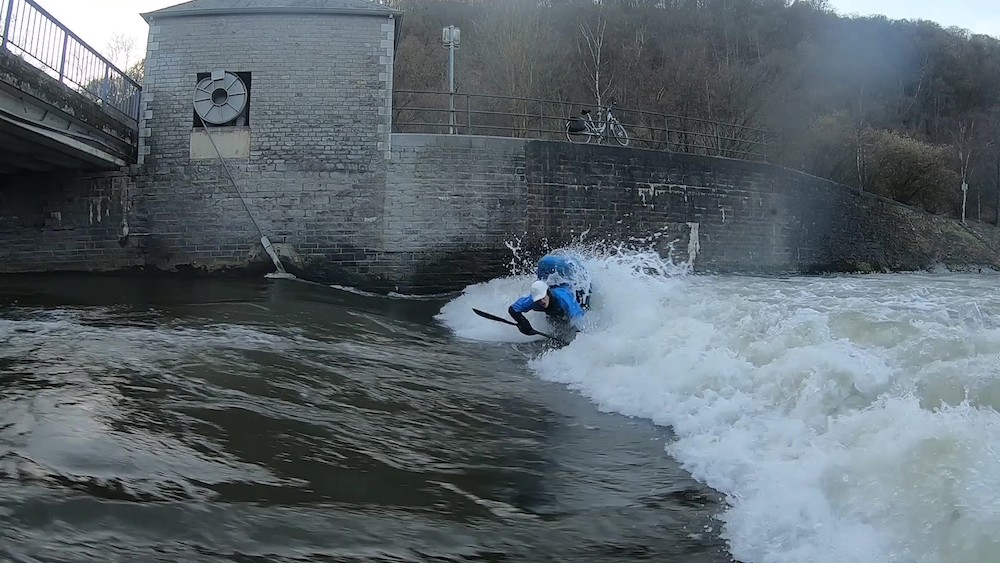 The third and last feature is Mava. This feature is built by the local kayak club and is mainly used as a small whitewater course for slalommers. But in summer this turns into a tricky, but decent little hole where you can perform every move you can think of! This is also the home of Mava Mania the one and only yearly freestyle competition in Belgium. Making it the host of the Belgium Championship. Usually this event finds place late September. I’ve you ever happen to stumble around Belgium during that time, come and have a look!

Check out some pictures from my training session at Belle-Île! 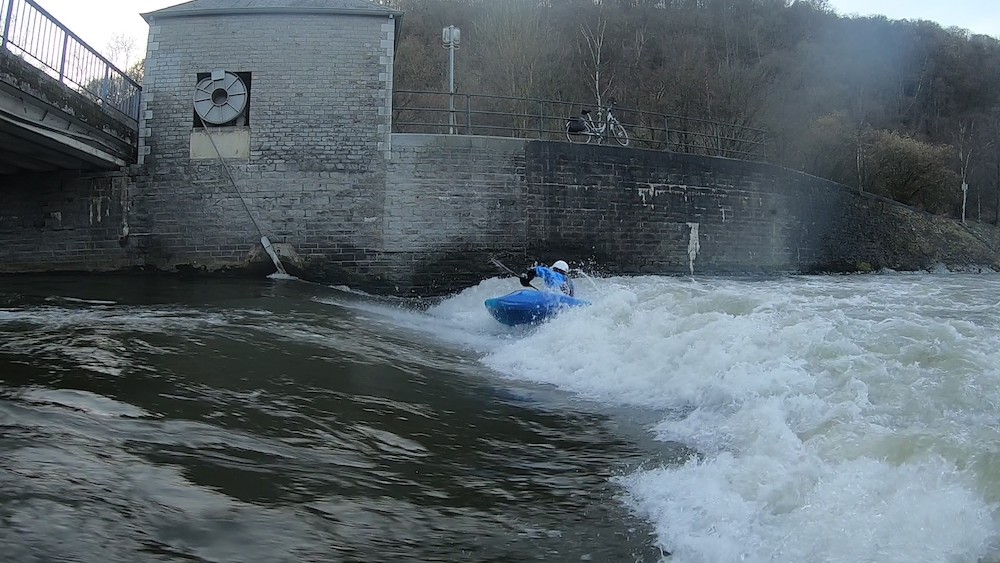