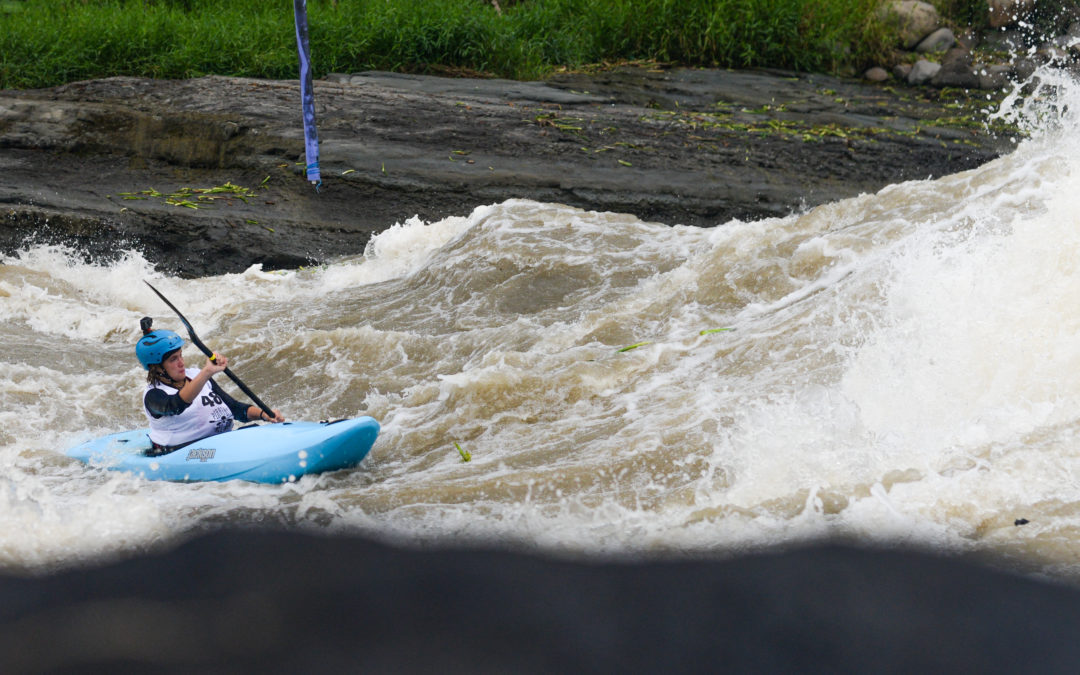 Nestled in the jungle of Costa Rica lies the Reventazon, a big water class IV section of whitewater, with whopping waves and holes. The El Cacique del Reventazon race is a two-part race: a time trial and a head to head race held on a 120-second piece of the Reventazon.

Along with speed, racers were focused on mapping out the ideal line through the four gate-giant slalom course. Any small mistake could knock the racers off their line which would cost time and even risk missing gates. The course included one downstream, one upstream, and one flush gate leading directly into the meat of an untamable hole.

The race kicked off on Saturday, November 2 with the qualification time trial, with the unexpected challenge of higher water flows than practiced. Racers who failed to make the gates encountered a 50-second penalty for each gate missed. Only 24 out of the 54 racers, including several juniors and two women, advanced into the finals round, the head to head race.

On Sunday the water levels dropped, making the course easier in some regards however, racing head to head brought its challenges. Competitors raced through a series of head-to-heads ranging from two to three racers in each round until it was narrowed down to four for finals.

After a long day of racing, it was narrowed down to Kalob Grady, Kaelin Friedenson, Todd Wells, and Driscoll Larrow (two of which are juniors). Once the whistle blasted, the finalists made their way down the course at a roaring speed. After a tight race including a few re-laps for the upstream, Kalob Grady was crown the Cacique of the Reventazon with Kaelin Friedenson finishing second and Todd Wells finishing third.

I was trilled with how I raced throughout the weekend. In the time trial I finished 18th in the men’s and advanced into the next round in the second day. I made all the gates, and carried speed throughout my first run. I was most enthusiastic about finishing only two seconds behind, Kalob Grady, and being the fastest female. 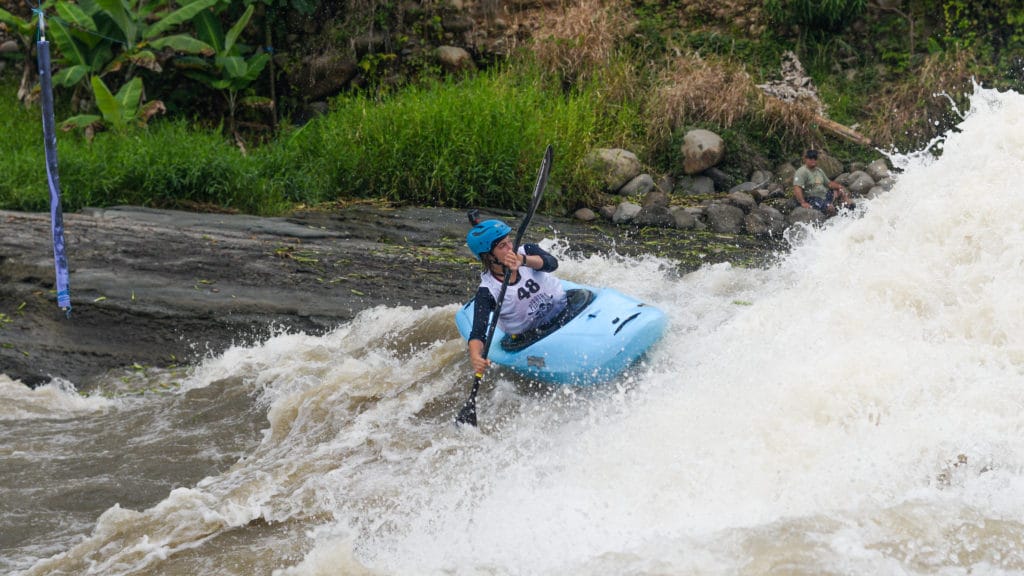 On Sunday, for the head to heads, I was paired up with Cole Oruski, a 6ft tall ginger beast. I was nervous about racing against him as, I feared being bulldozed. Once it was our turn to go, I immediately got ahead, and began my way towards the first gate. Both of us ended up missing the first gate yet, I was still remained ahead throughout gates three and four. It all went south at the last gate, I got stuck in hole and struggled to get out. As I was getting chundered, Cole was coming right towards me. Cole flipped over, went under me, and charged for the finish line.

Even though, I didn’t advance to the next round. I had a blast and competing and being apart of this event. I enjoyed paddling with the local paddlers, and seeing a growing kayaking scene in Costa Rica! Racing the Reventazon was epic, with great people, fast lines, and off course, some quality beatdowns.

This event could not have been made possible without all of the volunteers who ran and organized the event, especially Arnoldo Perez, the race director, and the sponsors including but not limited to: Amazing Vacations Costa Rica, Arenal Rafting, Rios Lagos y Mares, Aqua Blanca, Werner Paddles, and Travesias Naturales.