3 is the magic number. 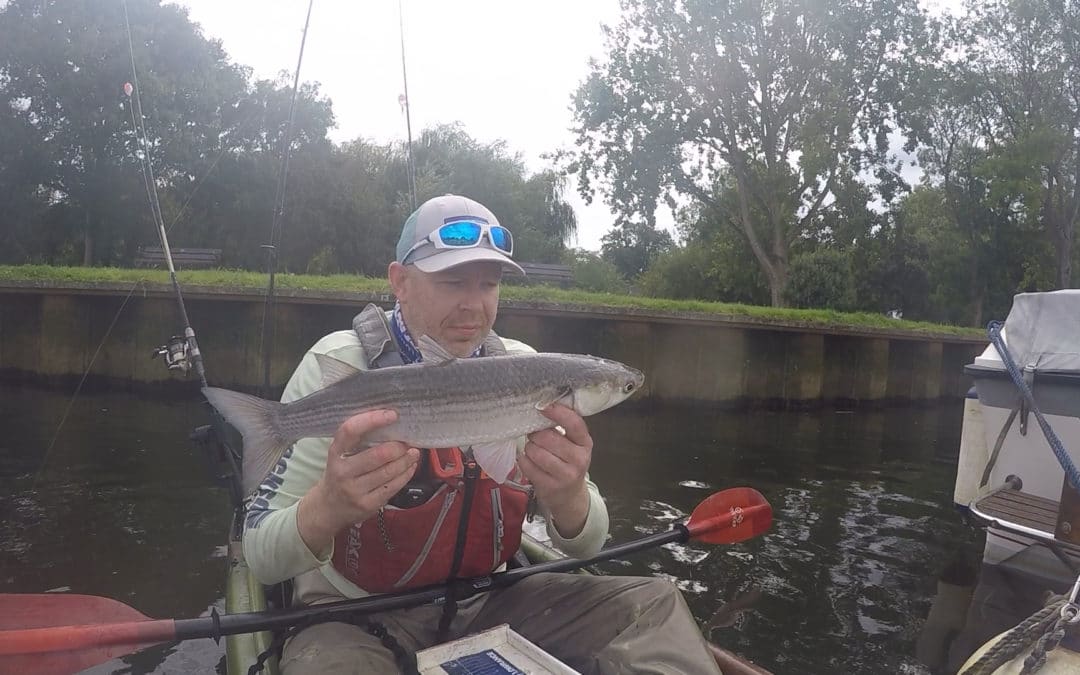 Christchurch harbour is situated on the south coast of England. It is a natural harbour, and fishing is quite unique, in the fact that it is brackish water due to the nature of the harbour, so a huge number of salt and fresh water species live along side each other and can be targeted by the angler.
The competition is a ‘grand slam’ event. You have to catch at least 1 bass, 1 mullet, and one 3rd species of your choice. All species had to be over 15cm to qualify- and the best combined length at the end of the two days would be the winner. 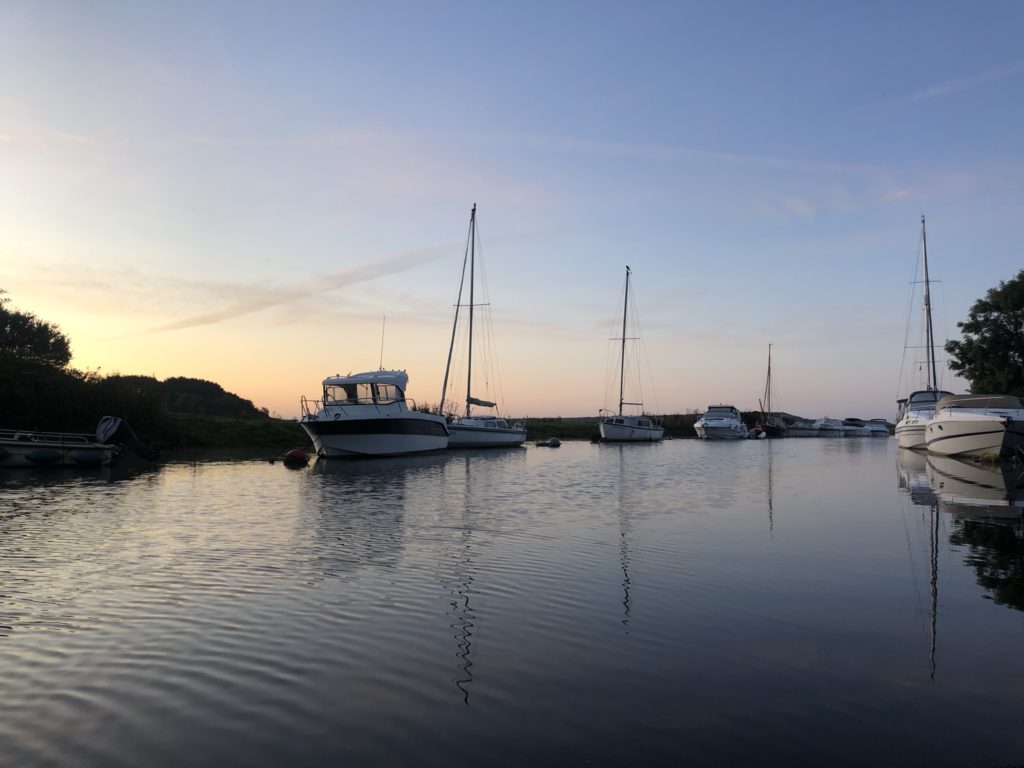 This competition is a good drive away for me, around 7.5 hours drive. But I love the place so much it is worth it. This was to be the 3rd time I had entered the competition. The previous two times I finished 3rd place so wanted to try and get in the top 3 again, but it was going to be a challenge as there were some very capable anglers yet again entering, some having a vast knowledge of the local area.

I arrived on the Tuesday lunch time, my dad came down with me as he also loves the place and just does his thing while I’m on the water and generally fishes from the shore. He’d love to be fishing from a kayak but sadly back problems stops him from doing this.
I got on the water as soon as possible and met up with team mates Sam and Graham. Graham had kindly picked up my fishing permit so that I could get on the water quicker. Several hours passed so quickly, the highlight was Sam catching a stunning bass over 10lb. I had a few different species but nothing to write home about. We headed in as the light started to fade and by this time I was just thinking about the pub meal that awaited us!

Friday morning came and we were up early and back on the water for another day of practice. I had several rods set up to try out different disciplines of fishing to see what was ‘hot’ and what was ‘not’. And fine tuned a few things ready for the first day of the competition the following day. 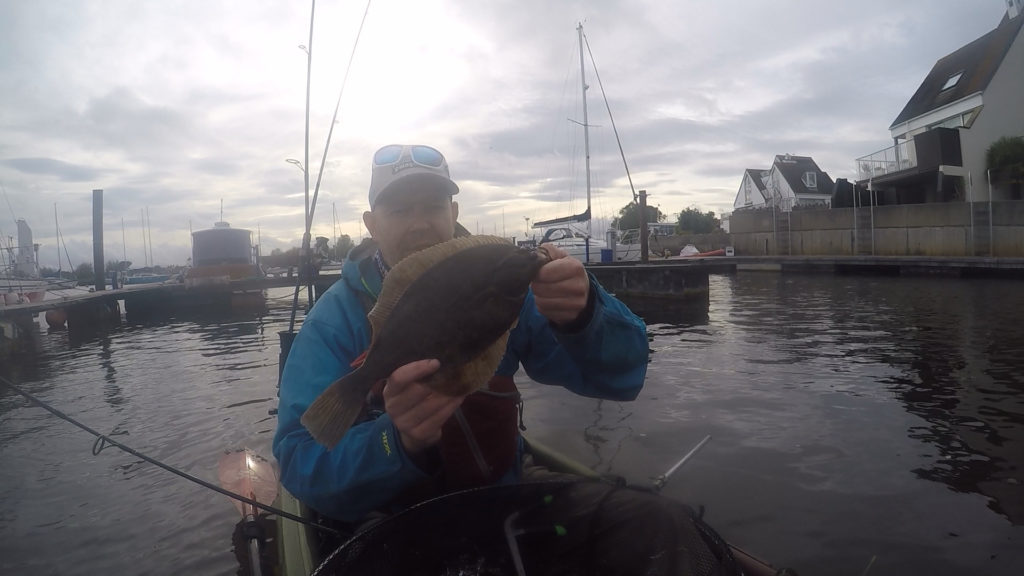 Saturday morning had arrived, time for my game face. We set up at the launch and paddled around to where the competition safety briefing was to be held. Sam’s wife had kindly bought us breakfast sandwiches and it was down the hatch in a matter of minutes. We soon set off for the start of the competition. I had decided to live bait for bass, so headed to a spot to find bait, but they were proving difficult to find. I spent a lot more time than intended and with only a small number in the bait well, I had to head off before I missed the tide. I picked up a few mullet fairly quickly so already had 2 of the 3 species for the day. So it was time to try for bass. I anchored up on my chosen spot and it was now the waiting game. And wait I did- right at the end of the day the float sailed away, and I struck into a bass of 50cm. I was happy enough with that for a first bass but knew I’d have to increase the sizes the next day. Soon after it was time to paddle in. I was tired so called it an early night ready for the next day. 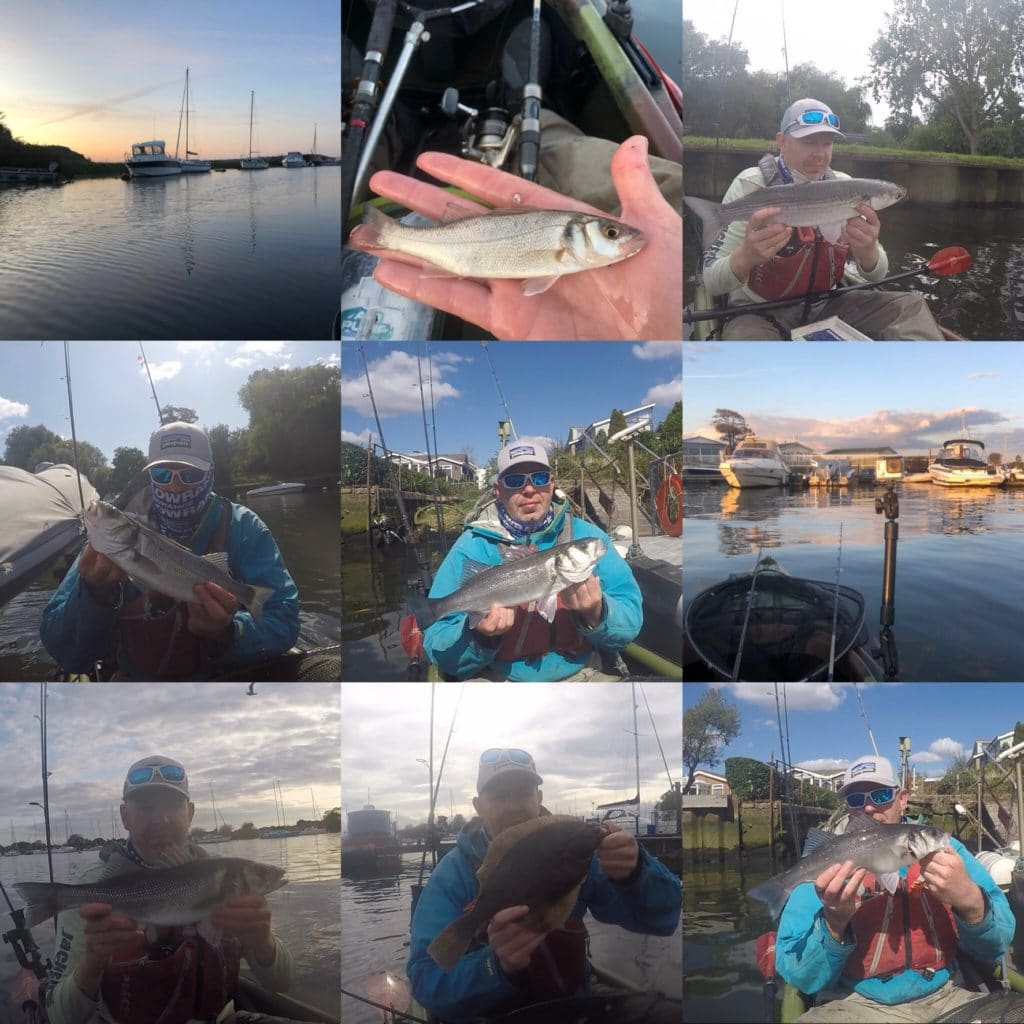 I was up before dawn and launched to a beautiful sunrise- a little chilly but not too bad.
Today was all or nothing- go big or go home. Big bass was the sole target for me today. I worked hard but things were very slow, very very slow in fact. And then I had a call from Graham on the radio. ‘Big fish on’. I could hear the nervous anticipation in his voice. I could see him from a distance and could see him slip the fish over the net. ‘I’ve got it!’ he joyfully shouted over the radio. I decided to leave my spot and help him out with photos etc, it’s not every day you get a bass as stunning as the one he caught! But I’ll leave that story for Graham to tell.
At this point the tide was running out very fast, and I was starting to feel a little frustrated as a lot of spots were now unfishable. I had ran out of ideas! I paddled up river looking for signs, anything to indicate a slight chance of fish. This is when fish finders are absolutely pointless and you need to use the good old water craft. I had a plan- I stuck to it and within 2 hours I’d managed 4 bass. Sadly all just smaller than the one I had the previous day. I couldn’t have done anymore then I did that day. It was time to head back in. I packed up and drove round to the presentation. I had no idea if I had placed. As I said earlier, I had fished this competition 2 times previously. And both times I finished 3rd place. 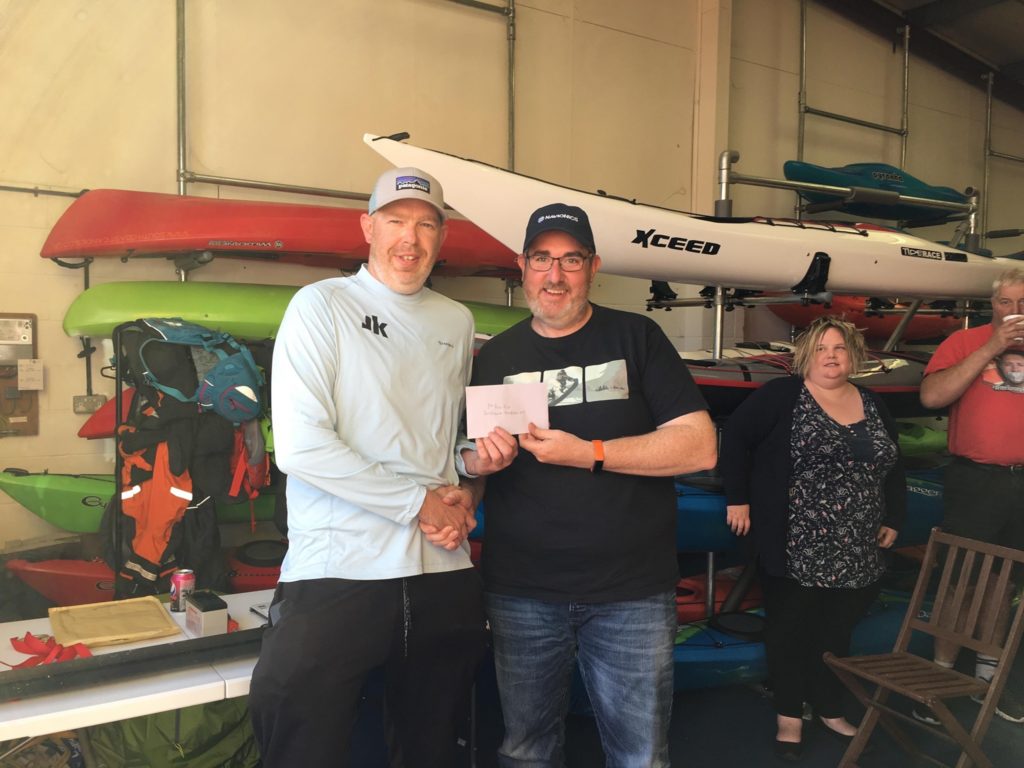 As the names were being called out I knew I had definitely made top ten. The numbers were getting smaller. 6..5..4… and then my name was called. 3rd place yet again! I was happy with that after a challenging day. I had traveled 7.5 hours each way so gave it my best shot. Top 3 finish makes the long drive home a little easier!