Smallmouth are easily my favorite fish to target year round; however, at seasonal points such as mid summer and late winter they can become more difficult to catch. As a college student, my prime time to fish just so happens to fall right in the middle of summer. Being forced to fish during one of the more difficult parts of the year I have been fortunate enough to develop a few strategies to land more fish. 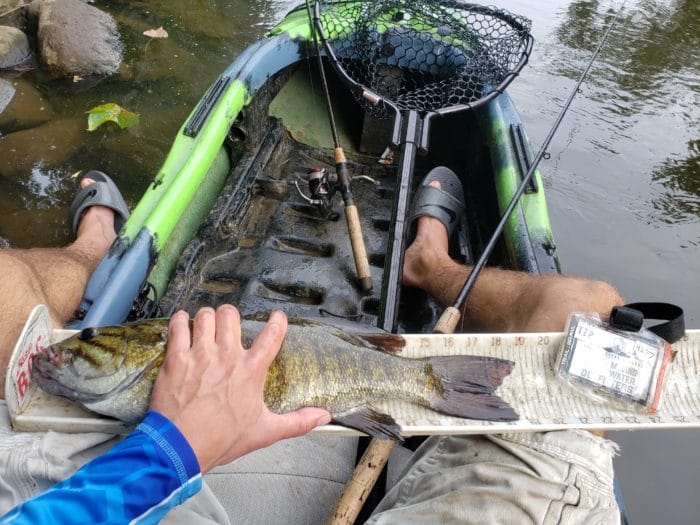 During the summer months there are several key factors that play into the positioning and feeding habits of the smallmouth. The most important of which is temperature. This is the single most crucial concept for me when it came to really breaking down what the fish are doing. The coolest water in the river can be found in several places. The deep pools, water with strong current, and shade. In practice for the IKA and BOS white river tournament a large field of anglers convinced me to fish a little farther from home and hopefully away from the competitors. In my first practice float down the river I immediately looked for shade and swift water but after fishing miles of what looked like smallmouth heaven I only landed a few small fish. About mid day I came across a deep pool about nine feet deep. I threw my tube out there and immediately landed an 18″ smallmouth. A few moments later and a bag of tubes later I had landed a 93″ bag of river smallmouth on a hot summer day in the middle of Indiana. All it took was to find where the fish were taking cover. And when I found them it was game on. These fish were sitting down almost on the bottom waiting for crawfish to move about. Scattered up and down the stretch of river were submerged logs. The combination of cover forage and temperature made this spot one that would make my day. The water that deep in a river will be significantly cooler than the rest of the river so on a 90 degree day fishing the slow deep water is not always a bad bet. 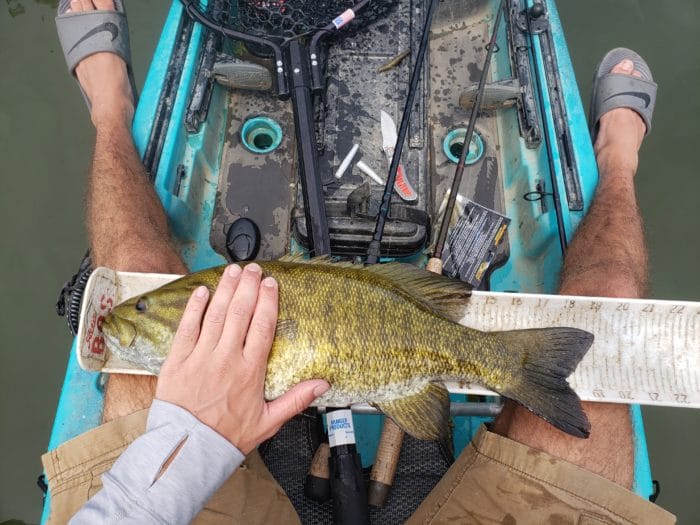 My Inclination to follow the temperature when river fishing ended up helping me out during the IKA Tippecanoe River tournament. A lot of that river is slow moving and unshaded which makes the water remarkably hot. Just from this observation alone I eliminated roughly ten miles of river. I decided to look for current so I went north to where the river was a little more narrow and the water was swifter. In practice the day before the tournament I landed my personal best smallmouth at 20.5 inches out of an eddy caused by a tree. The tree also shaded the whole area. After observing that I knew what I needed to look for during the tournament. In this Instance the combination of current cover and shade made this spot, and the others like it, highly likely to hold a bigger fish. During the tournament I fished that same area of river. As I worked the bank I could catch a small fish off of every current break or eddy from a tree. Whenever I came across a shaded eddy I would always hold on tight. That day all of my bigger fish came off of the exact same thing. Shaded current breaks. 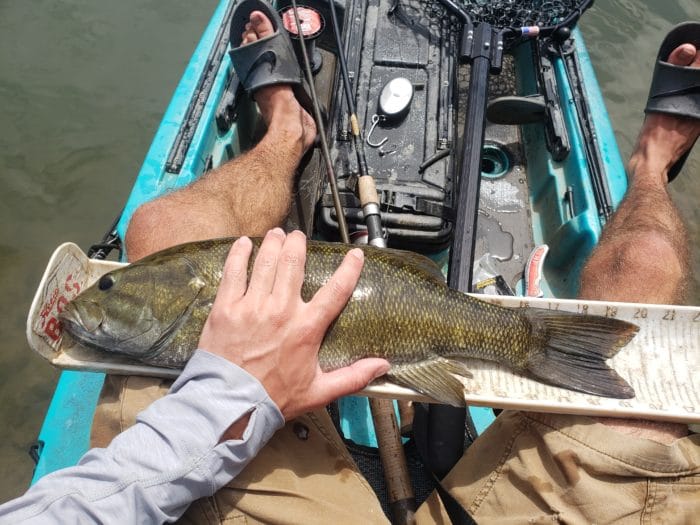 The key factor that both of these instances have in common is the fact that the smallmouth were relating to the shade and cooler water. On the white river they had to go deep to find a better temperature and on the tippecanoe river they had to go shallow to stay cool. Both places the smallmouth seemed to be primarily looking for one certain thing. These fish generally only seek out the colder water when the day is at its hottest. They tend to roam and feed when the sun is low but when it gets hot those fish are just trying to stay out of the sun. 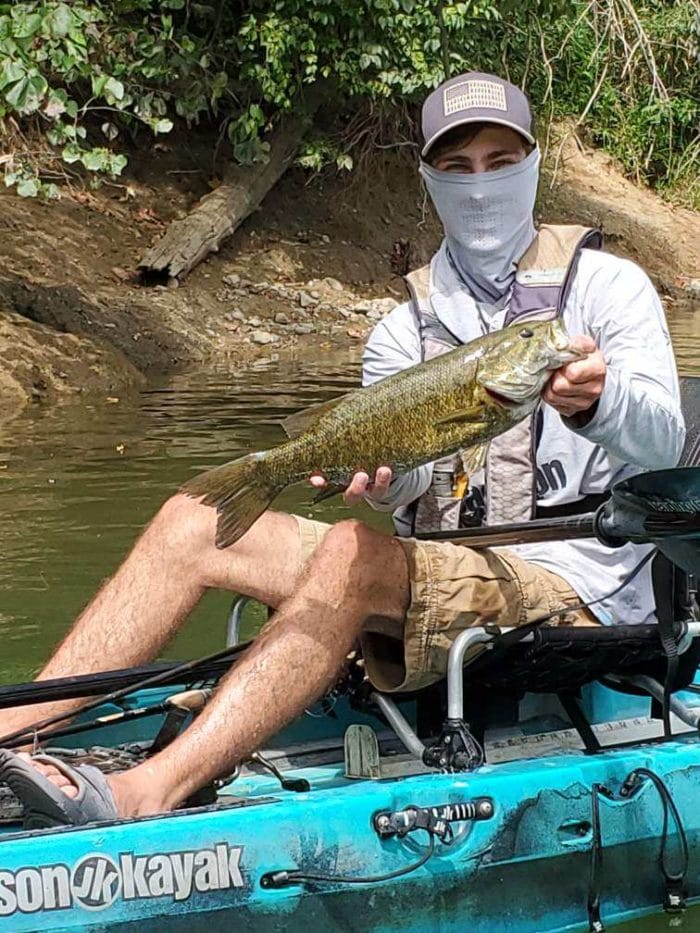