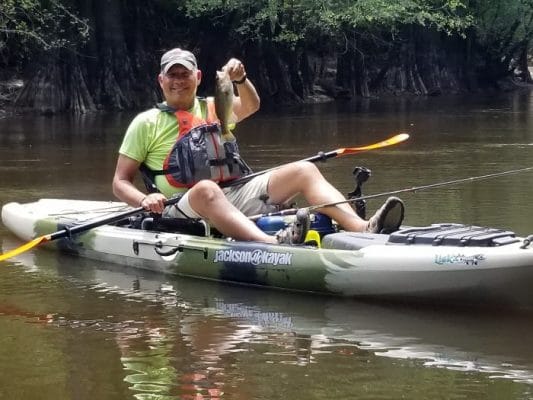 A group from the Lowcountry Kayak Anglers decided to do a float and fishing day trip down the Lynches River from Lynches River Country Park for roughly 5 miles to the Highway 52 boat ramp. Starting at the park the Lynches River is considered a South Carolina Revolutionary River Trail that is 66 miles long. While the river trail seems to be a state or local trail the 66 mile stretch is actually a national recreational trail that flows through the cypress and tupelo laden stomping grounds of Revolutionary War hero General Francis Marion. 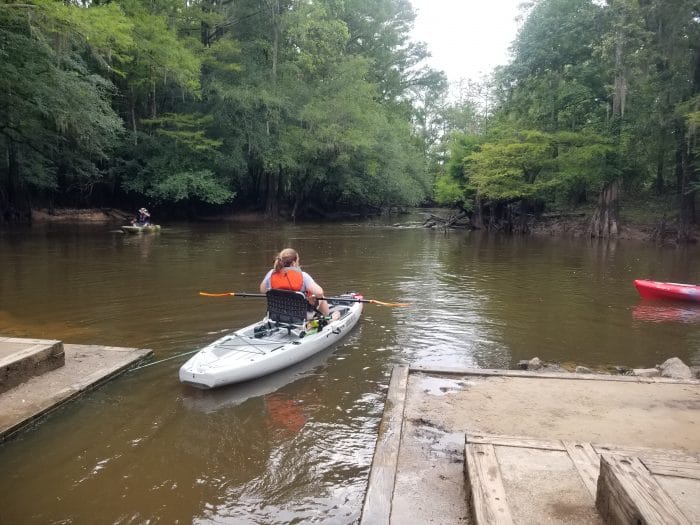 This float trip had been planned for the Fourth of July weekend to fish the five mile section that where Patriots engaged in guerrilla warfare against the Loyalist. Since we all are Veterans of Military service the concept for us to follow in the same manner as Marion and his band of militia along a short section of the trail attacking bream, bass, crappie, bowfin, spotted gar or whatever will tug on the end of our weapons. This would be a opportunity not only to test our angling skills but also our paddling skills as we attempted to maneuver under fallen trees, some faster water, and other obstacles to challenge us with stowing our long fishing rods. Kayaks used to test our skills were the Jackson Cruise, Liska, and the Mayfly. 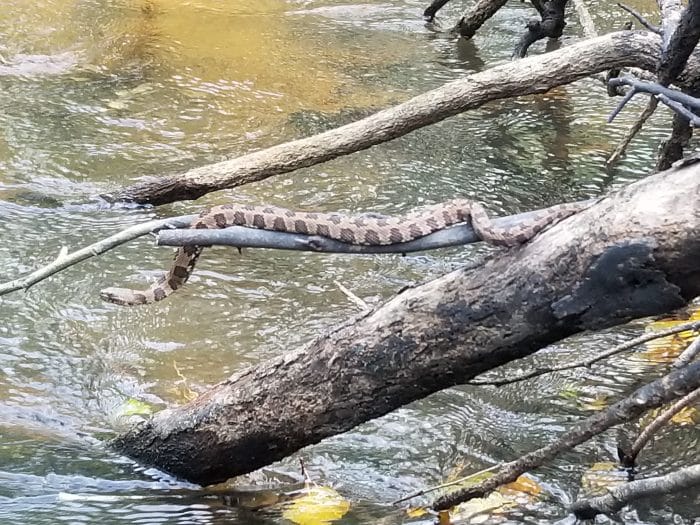 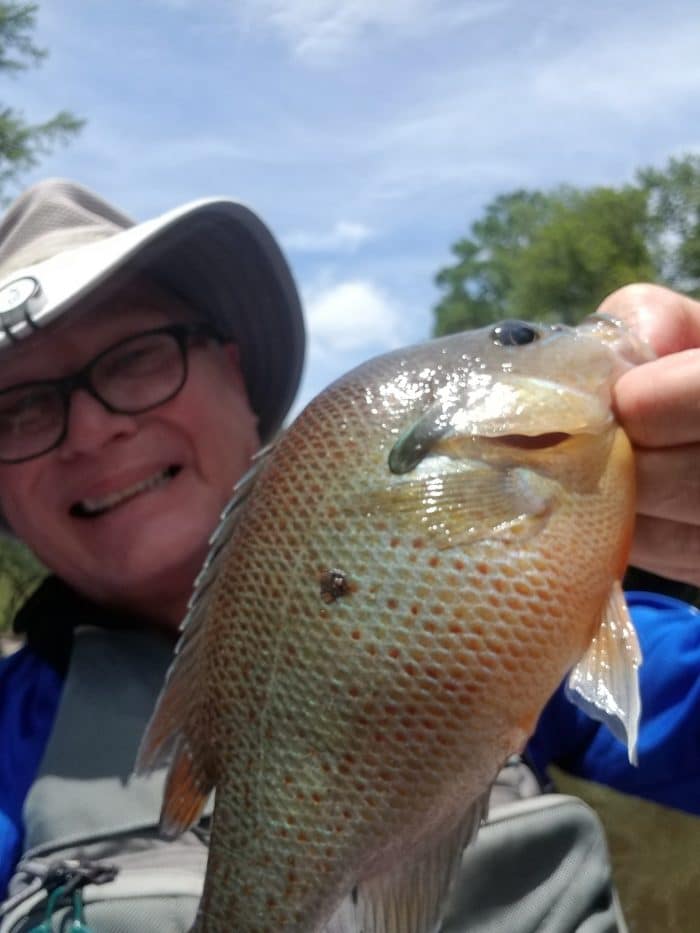 For me; I opted to use the Jackson Mayfly. I decided that I would mainly fly fish from a kayak that is solely designed for this type of fishing as it has fly tack storage and built in fly rod holders along with rod tip protectors. As with the other anglers using the Cruise or Liska; my experience to stow the fly rods and keeping the kayaks tracking well for the obstacle courses for the first two miles through the faster current proved not to be a huge concern as the kayaks performed well on tracking till the equipment had been stowed just in case of rolling the kayak. By the time the rods were secured and paddles out the maneuvering around brush piles, fallen trees and sand bars this proved to be a simple task to master. 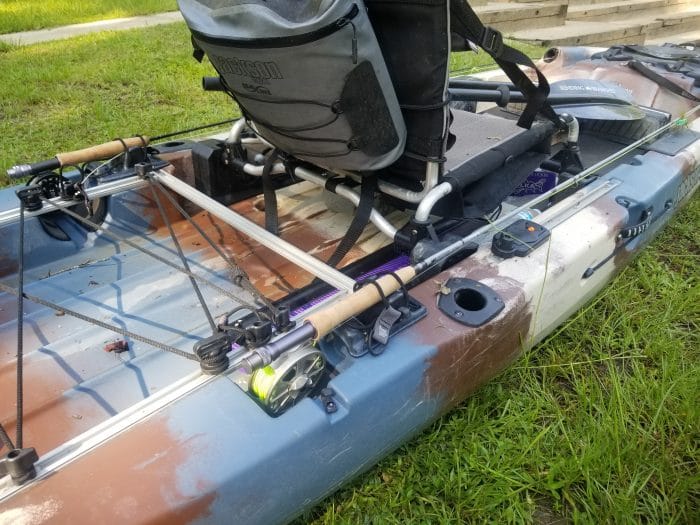 While the Lynches River might be boring to someone that has some water experience; however for some on this trip it was the first time that they experienced variable water conditions. Since we managed not to roll any kayaks or damaged any rods maybe next year we will be considering a bit more of a challenge here in South Carolina. 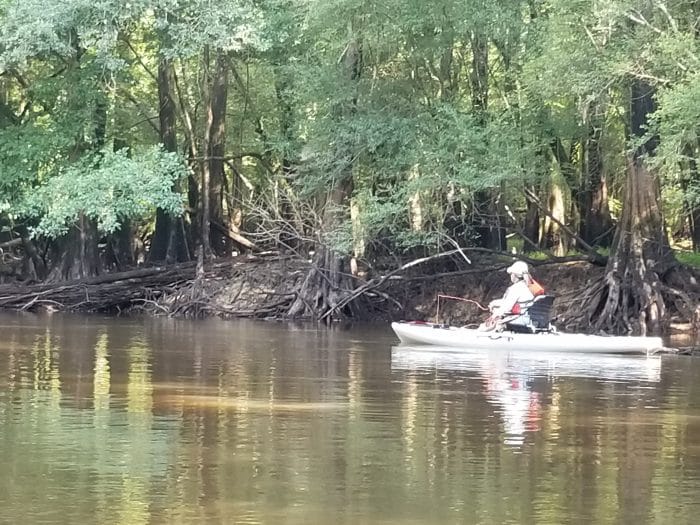 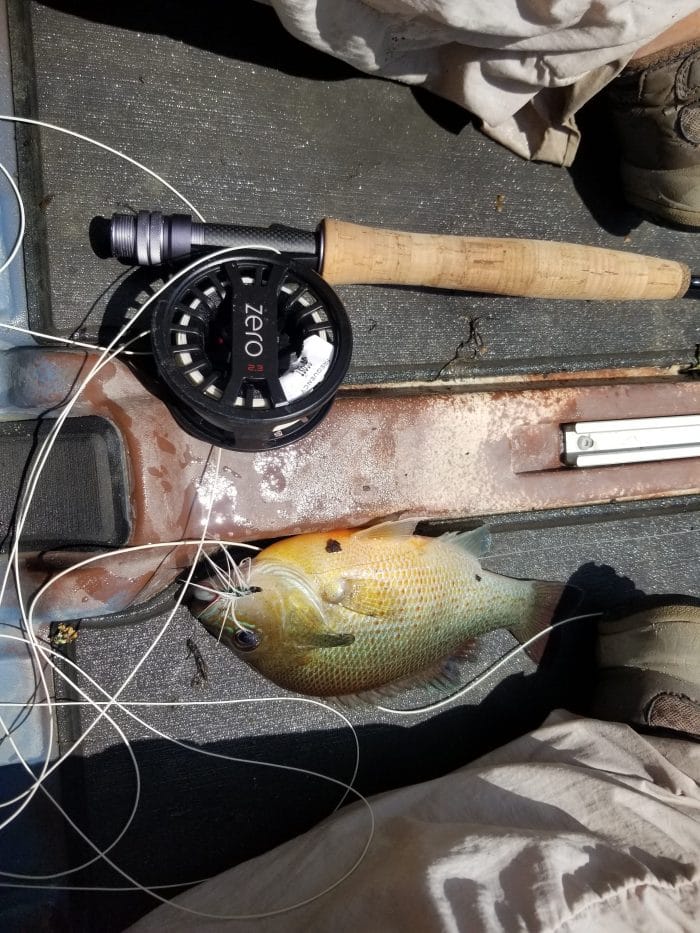