Brief History Of Black Bass Management in the US 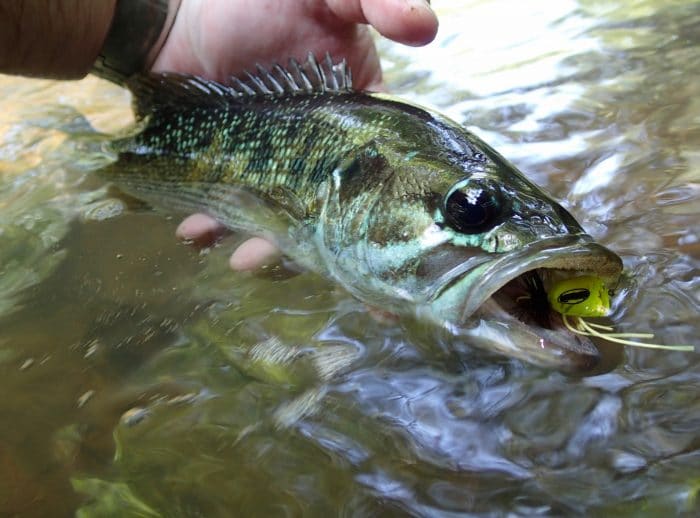 The management of black bass dates back to the early 1900s when many populations became depleted due to their importance as a food source and lack of regulations. This population decline was countered by stocking of bass across the United States. The Black Bass Act was passed in 1926 to restrict the interstate commerce of black bass and to allow states to designate black bass as gamefish. These restrictions served to limit the commercial harvest and sale of black bass while simultaneously increasing their value as a sport fish. By the mid-1900s, new reservoirs were constructed across the United States primarily by damming rivers to generate power. These newly created reservoirs also allowed for an increase in stocking of black bass and also allowed for new research and management opportunities. The formation of the Bass Anglers Sportsman’s Society (B.A.S.S.) in 1968 further increased the popularity of angling for black bass. This also caused a shift in research and management to focus more on length and creel limits to conserve black bass that may be more susceptible to harvest. 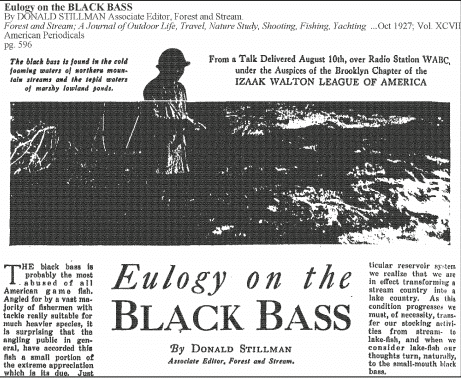 The 20th century ushered in a yet another twist on black bass management as anglers became more conscious of catch-and-release. Angling-related mortality decreased, which reduced the effectiveness of the length limits that were in place to help manage black bass populations. Management of black bass fisheries increasingly became more focused on improving size structure in systems than harvest limits. This was especially prevalent in the southeastern United States where Florida Bass (Micropterus floridanus) have been stocked outside of their native range because of their genetic capacity for large growth. This movement of black bass outside of their native range has led to new management concerns over the loss of native bass populations through reduced fitness and introgressive hybridization.
The current issue in black bass management is how do to best conserve native black bass diversity in their native habitats while maintaining interests from multiple angler groups. Decisions to stock fish should start to incorporate population-genetic boundaries in an attempt to conserve genetic diversity, especially in areas with populations of the redeye bass complex, shoal bass, and other endemic black bass. The increase in species descriptions in the early 21st century has been adopted by numerous angling groups that seek to catch all the species or forms of black bass with less emphasis on size or numbers of fish caught. However, the current taxon- and population-level designations in black bass are not universally accepted among the various management agencies and fisheries scientists. In some cases, a newly described species, like the Shoal Bass and Alabama Bass, have been readily incorporated into management decisions. Other taxa descriptions like Florida Bass have had limited success in acceptance and incorporation into management to the point where it is treated interchangeably with Largemouth Bass (Micropterus salmoides). Florida Bass was initially described as a species of Largemouth Bass based on morphology and meristic counts, but as with most cases, molecular genetic analysis showed a different story. Using mitochondrial (mt) DNA, it was shown that the magnitude of sequence divergence in Florida Bass compared to Largemouth Bass was three times greater than the divergence of Smallmouth Bass to Spotted Bass, indicating it should be elevated as a distinct species. This has been corroborated in another independent study where it was estimated that Florida Bass and Largemouth Bass diverged from a common ancestor more than two million years ago. In addition to population genetics, it has been advised from a conservation genetics standpoint that the stocking of Florida Bass within the native range of Largemouth should be halted because of the loss of fitness of the resident population. Furthermore, the integrity of the largemouth bass species is being introgressed with Florida Bass alleles by management programs in areas where Florida Bass did not exist prior. However, many agencies such as Alabama Department of Conservation and Natural Resources (ADCNR) continue to stock Florida Bass into Largemouth Bass waters solely due to the trophy size potential provided by the non-native Florida Bass alleles. In contrast, Florida Fish and Wildlife Commission have readily adopted the genetically distinct lineage of Florida Bass as a unique species by implementing conservation measures to protect it. 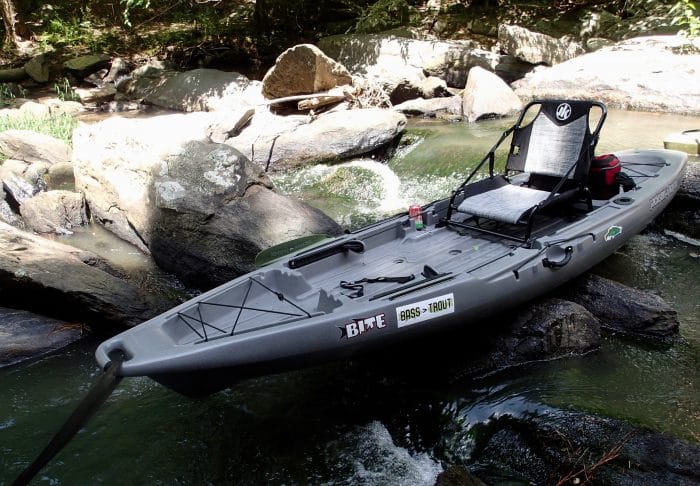 Molecular techniques have been useful in describing and quantifying differences among black bass species. What has been unclear is how much evidence, whether molecular or morphological or both, is enough to for a species description or proposal to gain acceptance within the fisheries community. The obvious first step in any management program will be to determine what are the distinct species that we are working with. While viewed as cumbersome for fisheries management agencies, incorporating species-and population-level delineations into fisheries management may have benefits beyond conserving native black bass integrity. Texas Parks and Wildlife agency conducted a study in 2015 using a Web-based open-access survey to assess qualities important to river and stream anglers. The data show that an estimated $71,552,492 of total economic impact and 776 full-time jobs were created due to river and stream angling in Texas, with almost 42% of those anglers specifically targeting the upland black bass species, Guadalupe Bass. This is one instance where a lesser known black bass species has a pretty large economic impact because of its endemism and popularity among stream anglers. These data are in line with the shift we see in other management agencies focusing on the more endemic black bass species by creating bass slams and other ventures encouraging anglers to embrace the diversity of black bass. 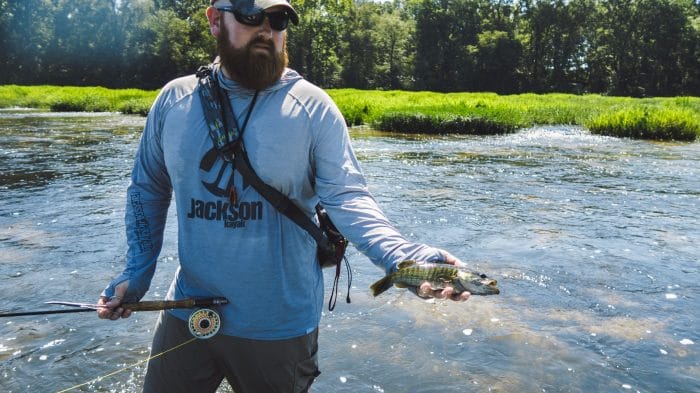 It will be interesting to see where we are in another ten years, but we are definitely in the age of conservation right now. In my opinion kayak anglers are in a unique position to be on the forefront of the conservation movement due to their ability to navigate and explore waters that larger motorized boats cannot access. This interaction with unspoiled areas creates an appreciation for them and a cause to ensure that they stay that way. I encourage everyone to try and make a difference whether it is within your local fishing group, or your local riverkeeper organization, or on a larger scale. Creating awareness matters and it often a necessary first step in creating something that will pay dividends later on!