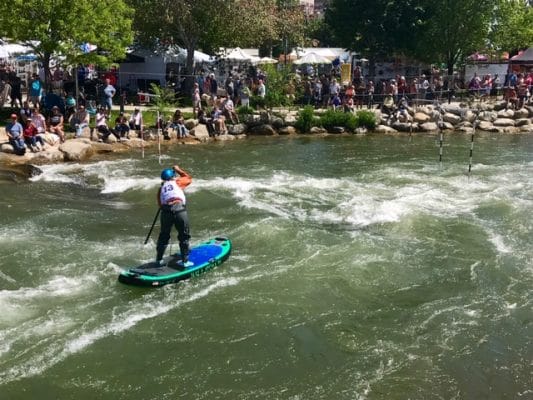 If you are looking for a freestyle competition that is full of energy, excitement, and up to 40,000 spectators, then you need to come to the Reno River Festival.   This year featured a freestyle competition, boater cross, kayak slalom, SUP cross, SUP surf, and SUP cross.  All of these events happen in downtown Reno, NV surrounded by massive crowds, a beer garden, and live music. 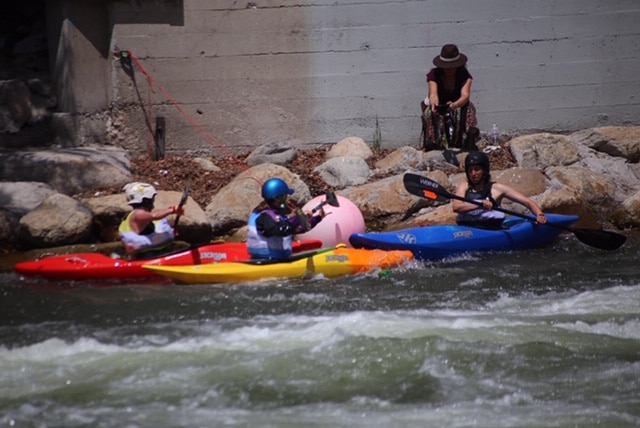 We were fortunate this year to have a great snowpack in the Sierra’s, and that means lots of water in the Truckee River.  The flows were high and that gave us two freestyle features to chose from.  The feature on the south channel is a fun hole  for just about every hole trick in the books.  The feature on the north channel is a wave hole for both hole and wave tricks. Because the south channel is the featured channel for SUP/slalom kayak and the north channel is better for spectators, the organizers decided the freestyle event was to be in the north channel.  As the flows increased, the freestyle feature got a little weird, but competitors were able to through huge loops as well as blunts and backstabs.   Nick Troutman and Courtney Kerin came out on top for the men and the women. 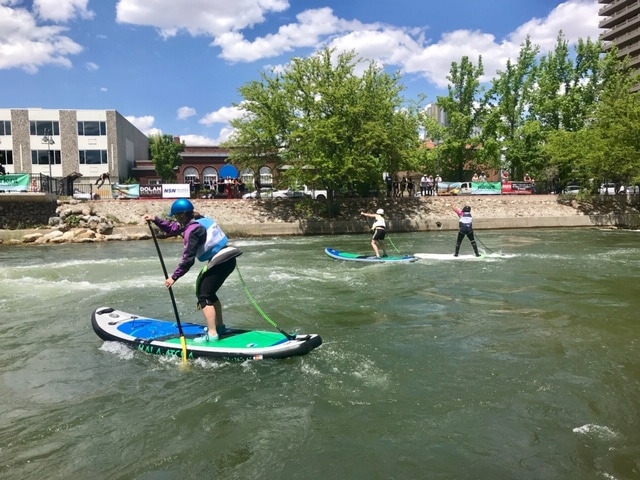 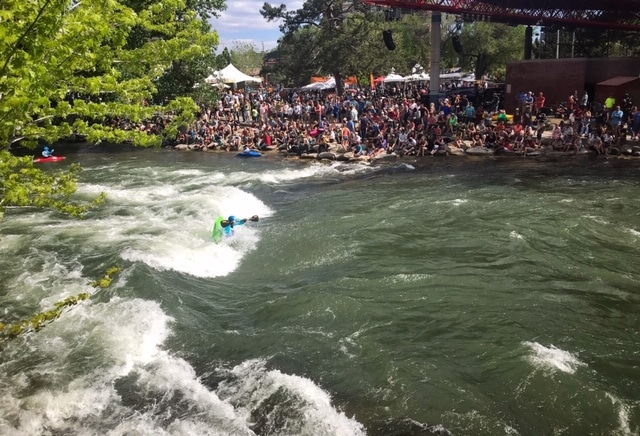 Freestyle wasn’t the only event for the weekend, and some crazy kiwi convinced me to register for all but one event of the weekend. That means sunday was SUP/Kayak slalom, SUP/Kayak boatercross, and freestyle kayak. The only event I didn’t compete in was SUP surf. . .  but it is on my list to register for that next year.   Even though I was so tired I could barely move by the end of the festival, it was overall an amazing weekend.  (Somehow I was even able to take home a handful of top 3 finishes.) 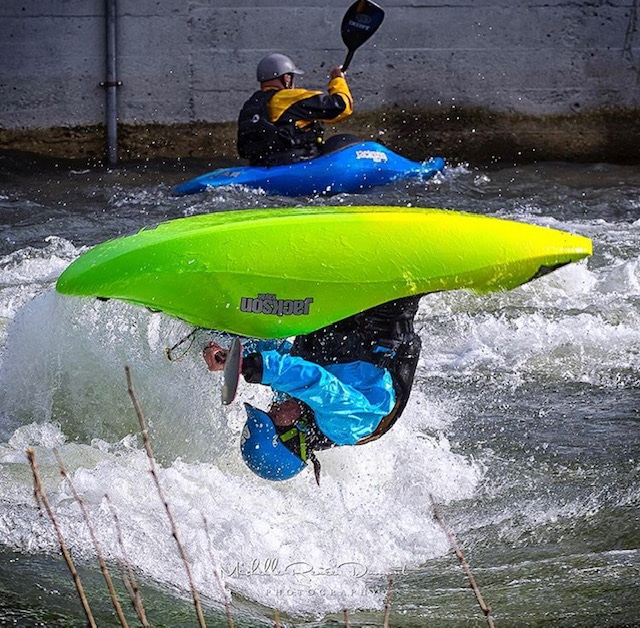 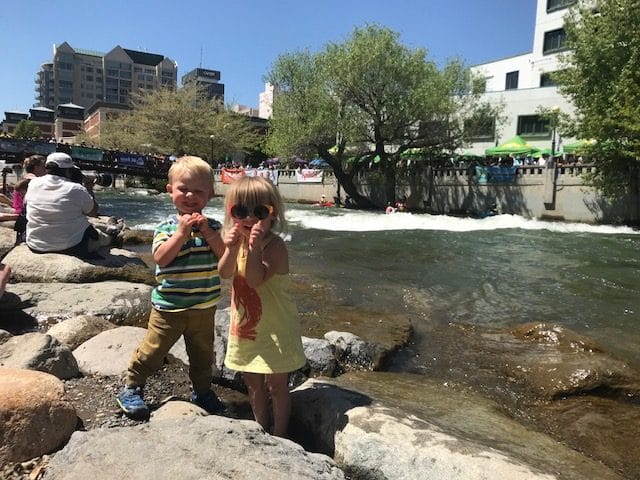 So, if you are on the west coast next year around the second weekend in May. . . you should come by Reno and stay for the Reno River Festival.  I guarantee you will have a great time.
Jessica Yurtinus