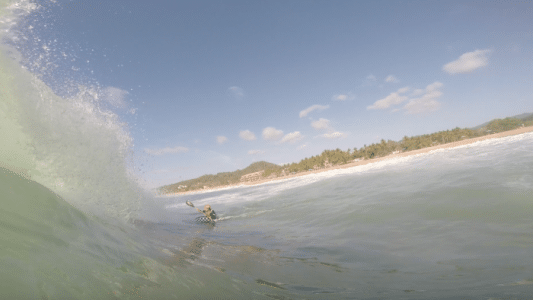 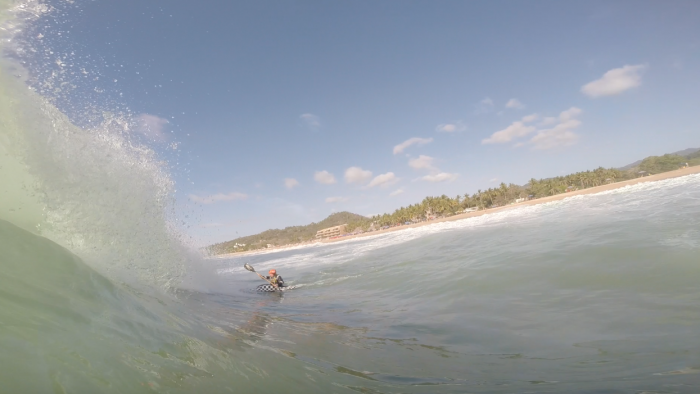 It’s a pretty typical start to a kayaking story. Drive to the airport, flight to Mexico City booked. Weasel your way into getting the boat on the plane. From North America, only a couple quick connections on a cheap flight, an overly expensive airport lunch, and you’re there. But then, the twist! The boat getting pulled off the conveyor belt… it’s a freestyle kayak! A night in Mexico City, a quick cheap flight to the west coast, and suddenly myself and Ben Sandeman had landed ourselves into some of the best and most fun wave boating we’d seen. The end destination; San Fransisco, Nayarit. 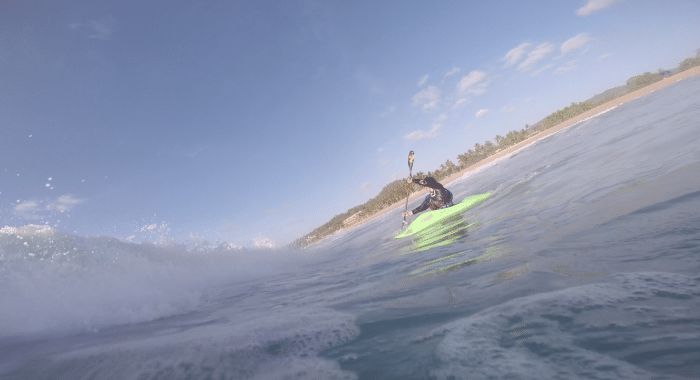 The first day in the costal town was quiet. We found our place to stay, a little Air BnB with a courtyard for us to store our kayaks and a flame grill for us to cook on. A bit of wandering town, finding the good grocery stores and hangouts, and realizing how small the town actually was, and we soon found ourselves, boats on shoulder, walking the 10 minutes to the beach. It was mellow that day, mostly small waves, but a good start to learning the different style of doing freestyle on ocean waves. It was also a great warmup for me, being my first day paddling after a shoulder surgery that had put me out over the winter. We surfed the waves for a while, until we were tired enough to lay on the beach and buy a few coconuts.

Over the next days we dialed in timing. Mid morning and early night the waves were exponentially bigger. The feeling of being tubed or crashed on in a freestyle boat wasn’t totally new after a few Stakeouts, but it was still a rush when it happened. And when you timed a wave right and got a good pass…. you flew. Even coming off not paddling for five months, tricks were still going huge just thanks the the green steep perfection of the waves. Surfers were there, and were nothing but excited to see the crazy gringos who were down to get smashed by waves while strapped into a piece of plastic. In the kayaks, you had to fight to get out to the good surf, but it was so rewarding to ride the green sheet of glass rolling into shore. Every trick would go, combos, huge air, every day. I’d never payed much attention to the ocean in regards to freestyle kayaking, but after this trip… the world has so many waves I’d never considered, and I’m so excited to see more, as well as get back to Nayarit.