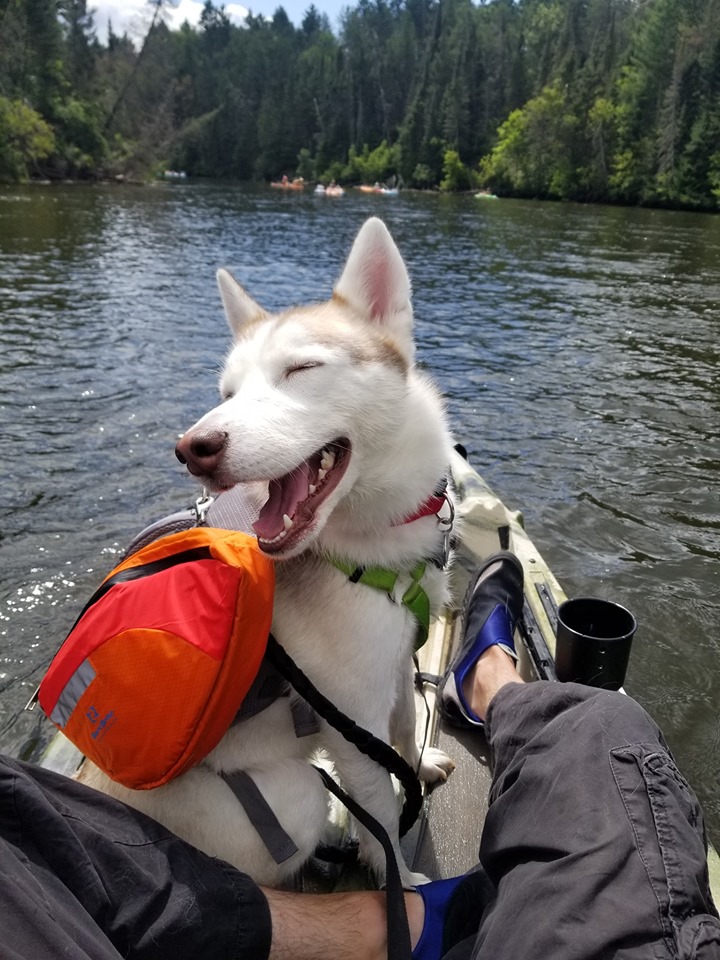 Never attempted to have an extra on my kayak before and had the opportunity to take my dog Luna for a run down the Au sable River. Well she is an adoptee Huskie and have had her less than a year think she may be around 2 years old. She took one short boat trip before and was good with being on the water so wanted to try the kayak since I spend a lot of time on the water in one.

I removed the center counsel to my Coosa HD for a bit more room and placed the seat in the rear high position. I also removed all my accessories so they wouldn’t get knocked overboard. Didn’t really know how to introduce her to being on a kayak but me and some friends were taking a 3 hour trip down stream and she was coming one way or another. Couldn’t leave her behind at the camp ground and was a bit overdue that I gave this a try. 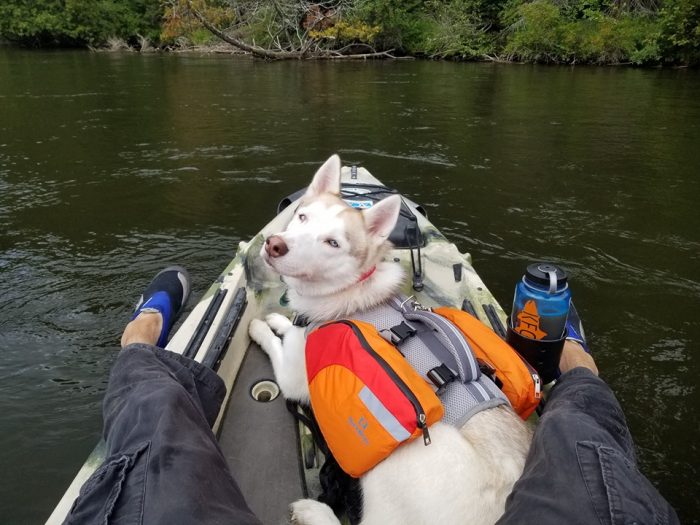 Once the kayak was on the shore of the river I placed the front half in the water so there would be a little buoyancy give when she jumped on. I had her jump on the deck to show her it was ok to stand there and she did for all of five seconds. Out she jumped, I didn’t take that of too good of a sign but then again she was very distracted from the amount of people moving around and launching. So I sat down got ready to go had her jump in and launched. 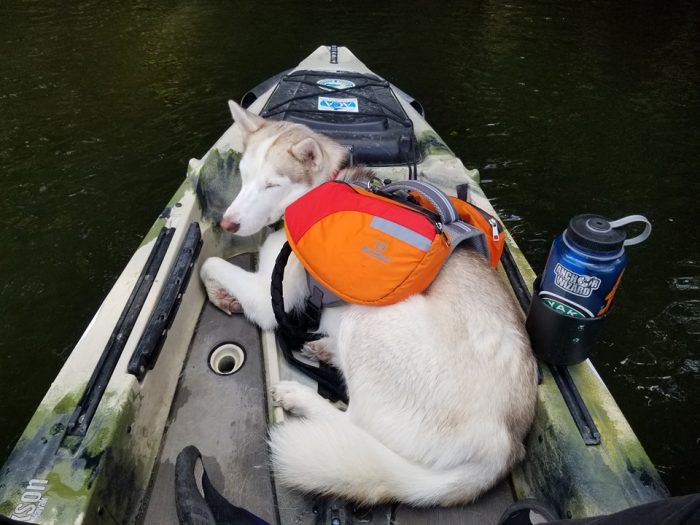 Trial by fire it was to be. Was alright, really surprised for the first ten minutes or so little bit of circling and learning how to navigate the kayak with a passenger. She did not exactly want to stay in one area and kept moving from the front hatch to the side rails and on top of me. She got a little too brave on the rails and face planted in the water. Little bit of panic for me cause of the current and I didn’t want to go over myself but she had a lifejacket on with a grab handle that I was able to grab and hoist her back up and in. 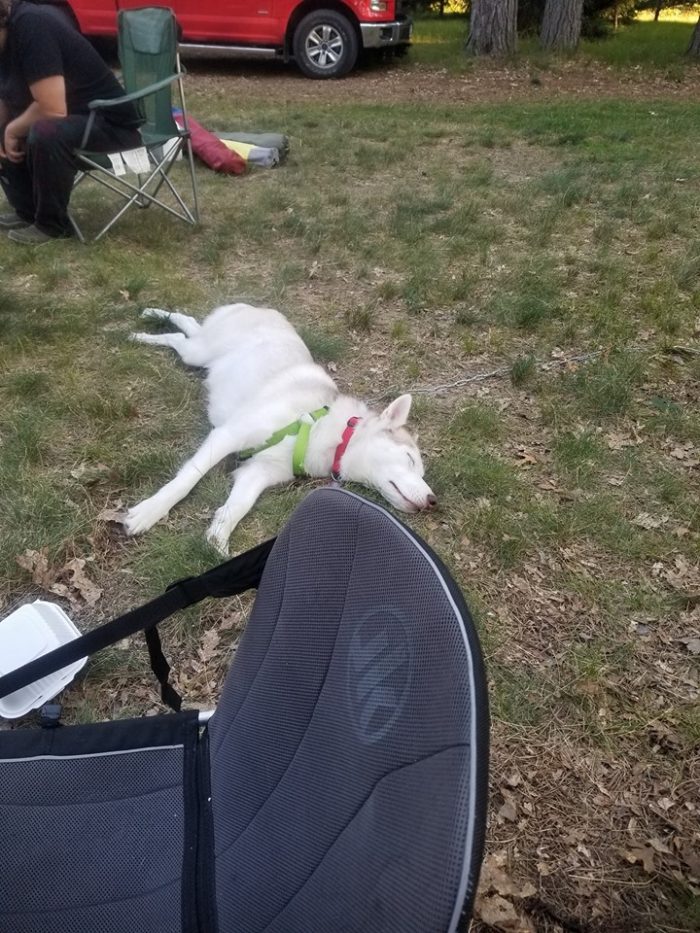 With a bit of a face of disgust from Luna we continued on and the further we went the more she didn’t care that she was on the kayak. She even relaxed to the point where she took a nap. Through some small rapids, around boulders and log jams we made our way to our pick up point. Think I will do a few smaller trips before I try to fish with her riding along but pretty sure now that it will be possible. Must of been exhausting for her as she was out cold sleeping right when we got back to camp.