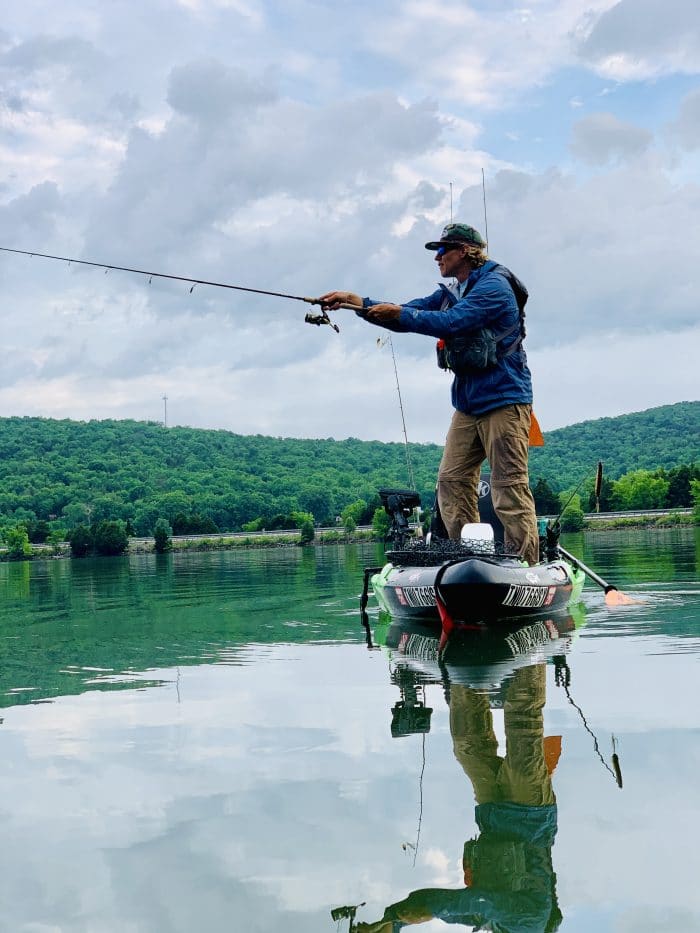 The sport of competitive kayak fishing keeps getting bigger every year as does the competition. This year, the FLW partnered with KBF for their first Tournament on Nickajack lake during the FLW event on Chickamauga. We had 102 anglers gather on Tennessee River’s Nickajack lake. This lake offers river style fishing from the Chickamauga dam to the south end which has a few big bays.

Pre-fishing for two days, I found it hard to put together a solid pattern. With the last day of pre-fishing, I decided to check out a road bed that ran across one of the southern bays of the lake. Instantly catching fish on a VMC Shaky head, with a Grande Bass air tail wiggler, I finally had found my starting spot for the tournament. Not only did this bay have a nice road bed that ran across its entirety, but it also had grass on the back corners. Fish were currently in a post spawn pattern sitting in deeper water from 6 to 10 feet. 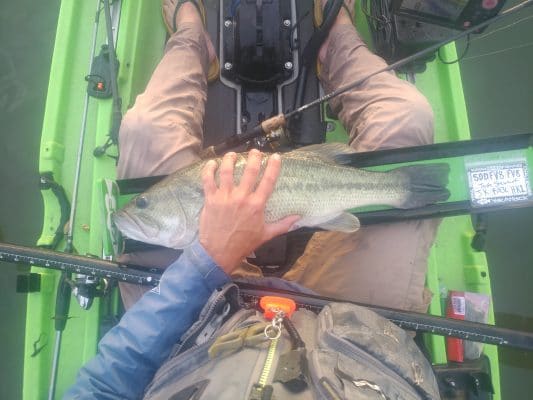 Day one of the tournament started out great with my biggest fish of the tournament. A 21.25 inch largemouth gave me a big boost in confidence. Quickly getting a limit, I kept fishing up and down the road bed not having much luck culling my smaller fish. The bite settled down as the day went on and ended in 29th place after day one with 79.75 inches.
Day two started off the same as day one. Focusing on the road bed and hoping for that early morning bite. Unfortunately the bites were there, but the size was not. Not having much luck, I focused on the grass patches in the corners of the bay. Here I managed to catch two of my bigger fish of the tournament by ripping a chatterbait through the grass. On day two, I ended with 84 inches and a 12th place finish. 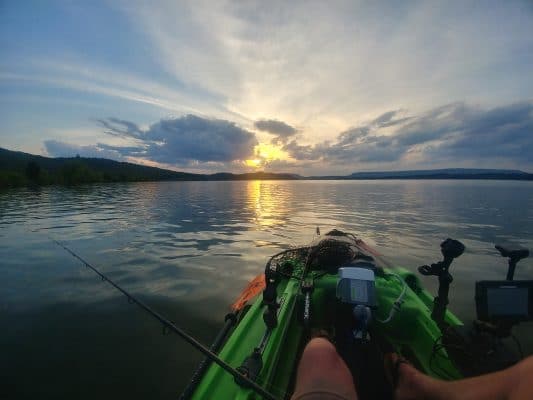 The next FLW/KBF event will be held on August 8-9 in conjunction with the FLW Cup on Lake Hamilton in Arkansas. Having the opportunity to be on the same stage as the biggest pros in the business only shows how far this sport has come and what it holds for the future.