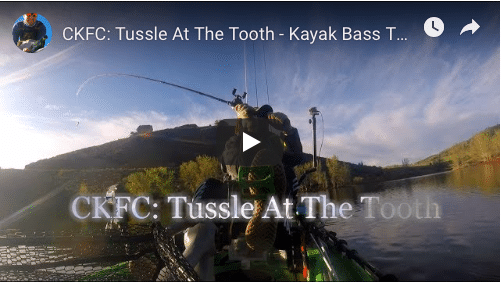 The second stop on the Colorado Kayak Fishing Club bass series tournament trail was on Horsetooth Reservoir in Fort Collins, CO. Known for its unbelievable population of Smallmouth Bass, this fishery typically isn’t tough in regards to catching numbers of fish. The quality, however, can be tough to find. The Smallmouth have been in a transition pre-spawn phase with some larger fish hanging on points outside of spawning coves while some have ventured further in to start the spawning ritual. The timing of this tournament gave anglers an opportunity to capitalize on some of the larger fish in this reservoir, and the weigh in showed many of these fish being caught. A special thanks to the CKFC board for putting on another great event, and thanks to all of the club sponsors, including Jackson Kayak who donated two Orion coolers for the Angler of the Year of each tournament series (multi-species and bass) as well as other prizes that are being given away throughout the year!