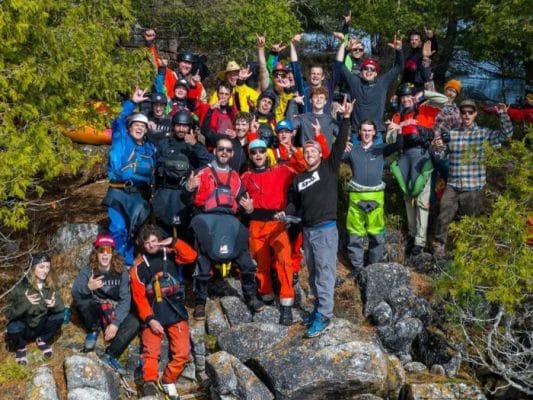 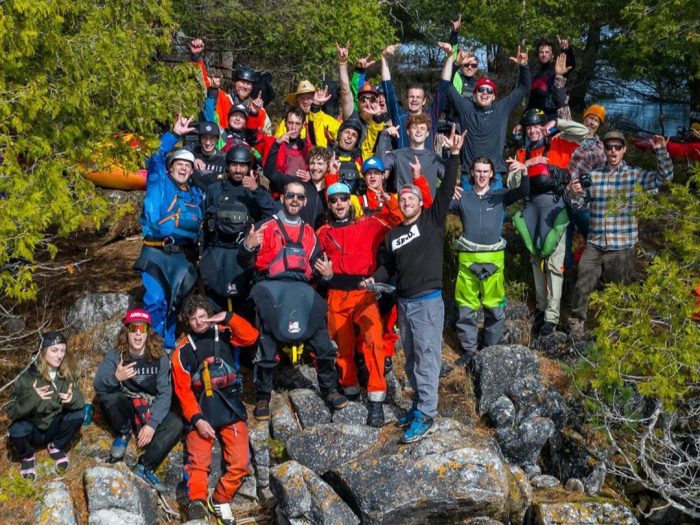 It was 6:00 am, my phone rang. Super sleepy I tried to grab it and checked what’s up. “SEND tagged you in a post”. What post did they tag me in? That’s worth a look! I opened it. “Congrats to all the people who are on the list above, you are invited to Unleashed 2019!” Suddenly I wasn’t sleepy anymore at all. First I jumped out of my bed, then went to the toilet, not because I was so excited, because I just had to pee. Well, maybe also because I was a little excited. Actually I was super excited! I was invited to an event with some of the world’s best kayakers… and the SENDERS themselfes! A lot of things popped in my head. I needed to book my flight, had to tell everybody the good news, asked them if it wasn’t a mistake. So many things popped in my head, I almost forgot to like the post.

A few days later, all of the preparations were done, I just needed a car or someone who I can join. So I asked everyone in the secret “Unleashed Athlete’s Group”. Yep, I was in there. Andi Brunner in the Unleashed Athlete’s Group. What a feeling. Very proud of that, I asked them if someone has a place in their car. It was Seth Ashworth who answered to me. Everything planned, Unleashed could come!

When I arrived in Ottawa, Seth came to the Airport in his red and beautiful Pick Up and he did what the car was named for – he picked me up. We drove to the house of Liz, a good friend of Seth. Now also a good friend of mine – thank you Liz, you are the best host ever!
The Ottawa was higher than anybody had expected, it was a huge flood. So we helped a lot of people to save their houses. After some fun and exhausting hours of sandbagging, we went to the river.
First time in a big wave for me. It always looked so fun and easy on the videos. But its called big waves for a reason, its incredibly big! The first day I was more scared than anything else. It was better on the second day. Less fear, more control, fun and stoke. Luckily I had a Jackson Kayak because they make it so much easier! Also the creeking was amazing. So much water, it was wonderful. And the rapids were big. Even bigger than Garrett’s Truck, which is already bigger than Dane’s, you know. If you have no idea what I’m talking about you definitely have to check out the Athlete Profiles made by Seth. They are hilarious! Have fun, here is the link:

The next day, the event started. Stage 1 of 4 – the big trick stage. Everybody had about 10-15 rides in the wave and the biggest three tricks counted. There was some sick tricks to watch and even sicker beatdowns. Great day!
After that, we went further east to the Rouge river. We had the boatercross there which was rowdy! Bigger rapids than I have ever seen before! And then we raced through them… As always at stakeout, the mood was great: Happy faces, scared faces and big kayaking.
Straight on the next day we competed in stage 3 – the technical freestyle competition. The wave wasn’t too big so it was chill. Sun was shining, the wave was good and the people even better.
The same day we had a great party with all the unleashed athlete’s and unleashed volunteers, who did a great job by the way. Thank you! 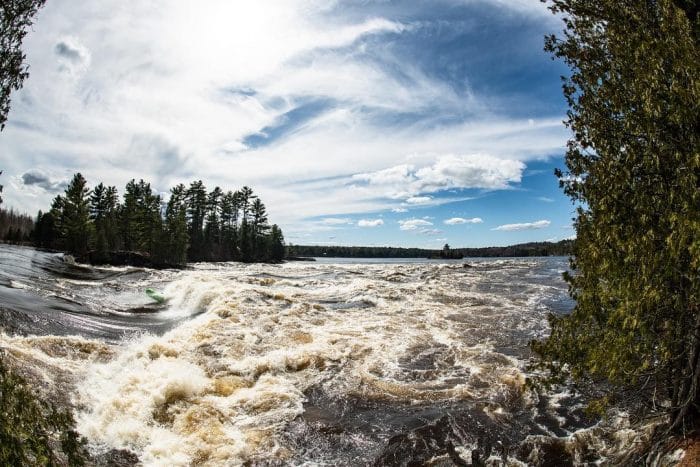 Some days later we drove to Quebec, into the cold. Seth and me were super happy because that was the perfect moment for our next cold and frustrated episode!
The 4th and last stage was held on the Basse Caché river, it was the giant slalom. The course was very challenging itself and the gates were set super tricky. So many people missed at least one gate, it was crazy. But everyone was happy and that’s the most important, isn’t it? I am super stoked about my second place on this race!
With the price giving and a proper party, Unleashed 2019 came to an end.
I couldn’t have imagined it better, it was a great time with great people and great kayaking!
Thank you SEND for making this event happen!
Also thanks to AKC and Naturfreunde Innsbruck for supporting me!