The Battle at Boyd 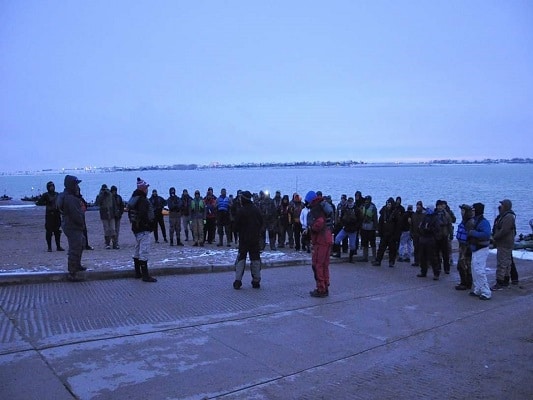 The Colorado Kayak Fishing Club kicked off its tournament season on April 13 at Boyd Lake in Loveland, CO. Leading up to the tournament was a stretch of particularly bad weather as the “bomb cyclone” had hit the area just a few days before. Air temperatures went from 79 degrees one day to 39 the next with blizzard conditions while dumping 8 inches of snow.

On tournament morning we were looking at air temperatures of 30 degrees when we checked in for registration. Everyone was bundled up in their cold weather gear getting ready to face the brutal conditions for a chance at winning the cash prize along with valuable angler of the year points.

The anglers took off and the grind was on. Before the weather took a turn for the worst there was a strong bite happening on the shallow north end of the lake. Many anglers ventured to this area to find that the weather took its toll on the shallows making what was once the warmest water in the lake to now the coldest. Many other anglers gathered around popular spots such as the rip rap dam, inlets, outlets, and various points around the lake. Anglers struggled to catch limits of fish with many either getting skunked or just catching a few fish. In the end there were 6 limits turned in out of the field of 53 anglers and the overall sizes were a bit smaller than the tournament held in previous years.

First and second place went to Scott McGaffin and Jon Merezko who both got on a crankbait pattern to fill out their limits. Third place went to Chris Moyher who filled his limit using a crankbait and a Carolina rig. In fourth place was Paul Roth, fresh off his strong top 100 finish at the KBF national championship, catching his fish on jerkbaits and crankbaits. To finish out the top five was the 2018 Angler of the Year Jason Duong who filled his limit utilizing a neko rig. 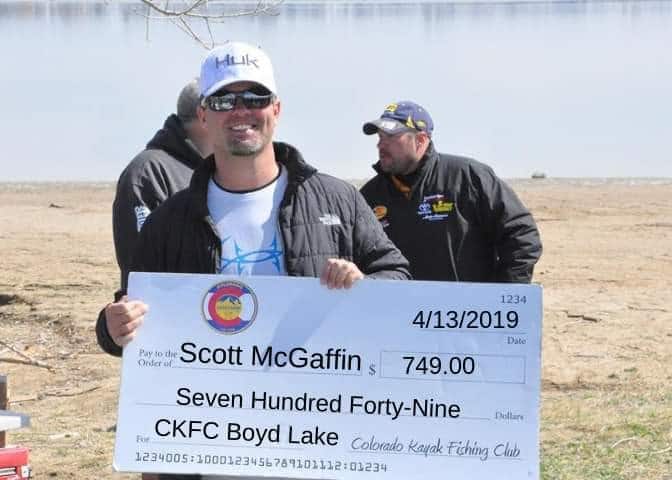 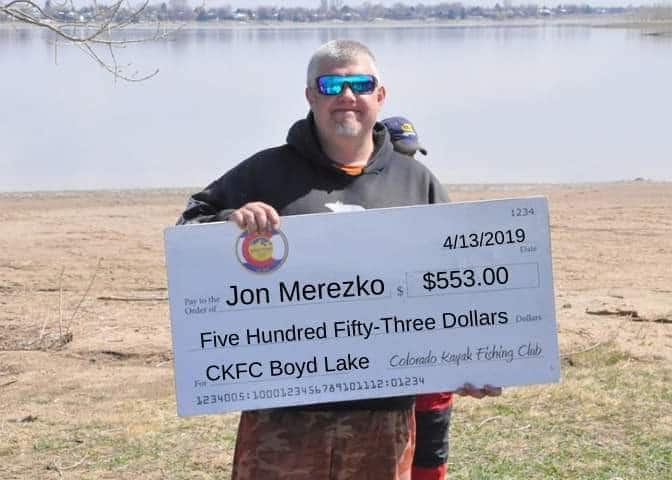 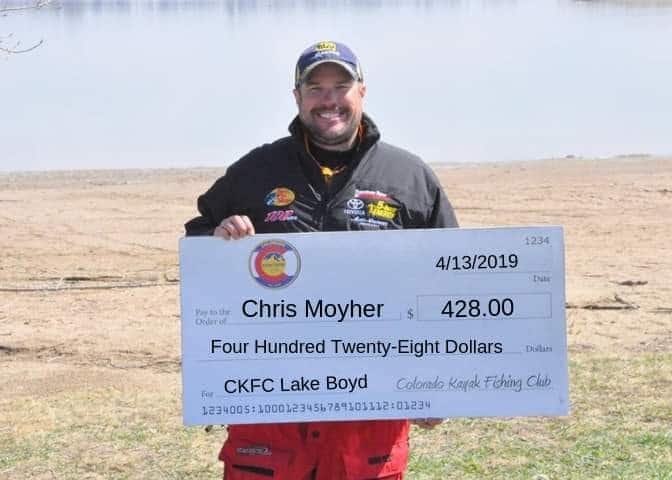 A special thanks to the Colorado Kayak Fishing Club for putting on a great opening event! Also wanted to extend a thank you to all of the the club sponsors, including Jackson Kayak who donated two Orion coolers for the Angler of the Year of each tournament series (multi-species and bass) as well as other prizes to be given away throughout the year!