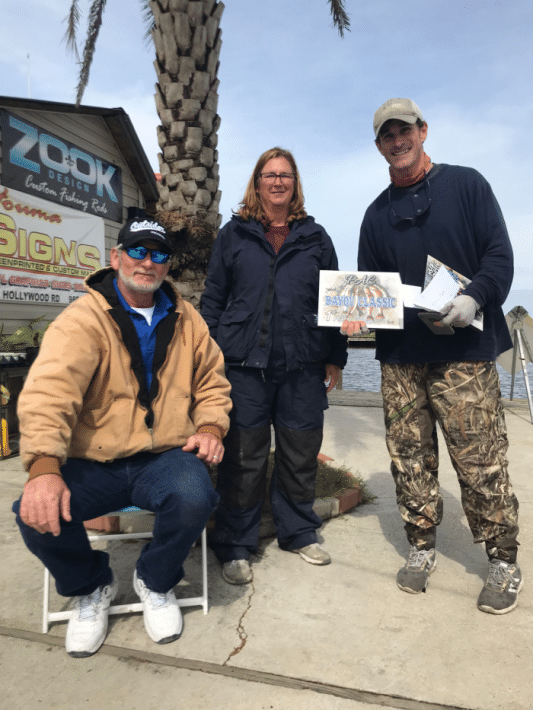 I really enjoy fishing saltwater tournaments and the spring offers quite a few opportunities to fish tournaments. On February 24, the PAC Bayou Classic was a tournament I was planning on fishing until a nasty front decided to come in the day before the tournament. I was really debating on fishing this tournament because the location is terribly to fish in a north wind and the currents are very unforgiving. I made the decision late Friday night to fish the tournament. When I get there the wind is howling and it is raining heavy which are ideal conditions! The objective of this tournament was to catch two redfish, two trout, and one flounder to compete a slam. The conditions were so bad that Eddie and Lisa who own the launch and tournament hosts closed the launch to anyone not fishing the tournament. The direction I needed to head was NW of the launch directly into the strong current. It took me approximately 45 minutes to go 500 feet just to make it out of the bayou. The rain didn’t let up till around 9am and the sun wasn’t going to come out today. I decided to fish a new area and the pattern was to find oyster reefs with clean water. I spot a few redfish here and there, but they are very spooky and I have nothing to show for it. It wasn’t until 11am before I caught my first redfish and it was a good one. Measured just under 27″ and pretty fat. Not long after that I spot another redfish on a flat chasing bait. I pitch a fluke right in front of it and he inhales it. This is another solid red just under 27″ and fatter than the first fish. I now had two solid fish in my bag and now I needed two trout. I doubt anyone was going to catch a flounder. As I left the redfish for trout I couldn’t stay away from the redfish. It wasn’t until 1:30 that I caught my first trout that was too small. Weigh in ended at 3pm so I was getting short on time. I pull up to a bay with lots of bait and catch a keeper trout, but it is small. Not long after I catch a bigger trout, but no flounder. I know I had a decent bag, but not sure what the competition brought in. After I weighed my fish I patiently waited. The tournament director announced the results and I finished in first place with a weight of 15.75 and I also had the biggest redfish of the day at 7.3 lbs! I’m glad I did decide to fish that tournament. No way I would have been able to leave the launch if I didn’t have a Jackson Coosa FD to get me through that current. 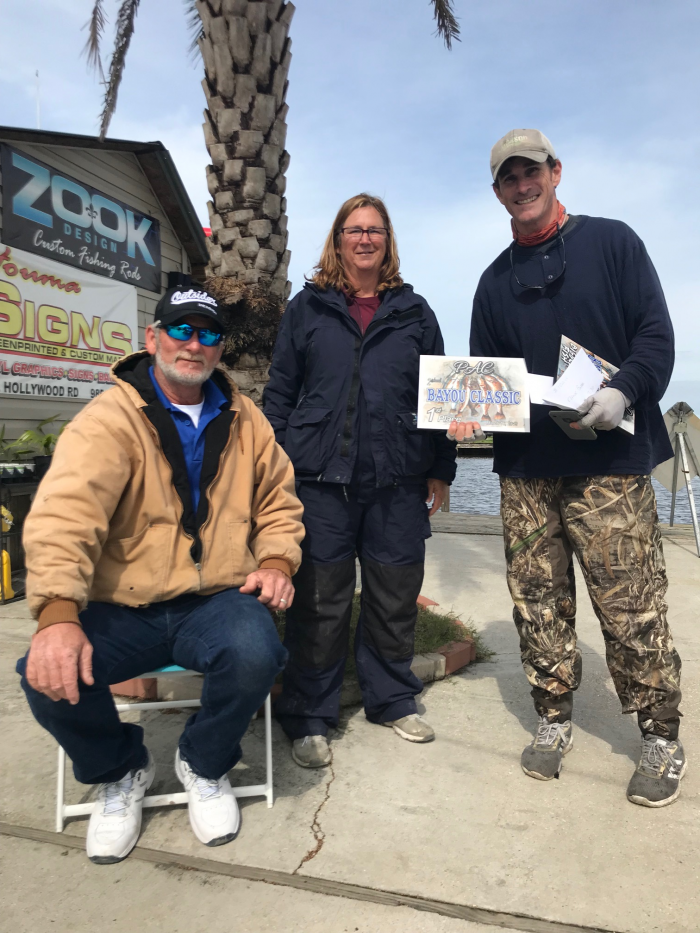 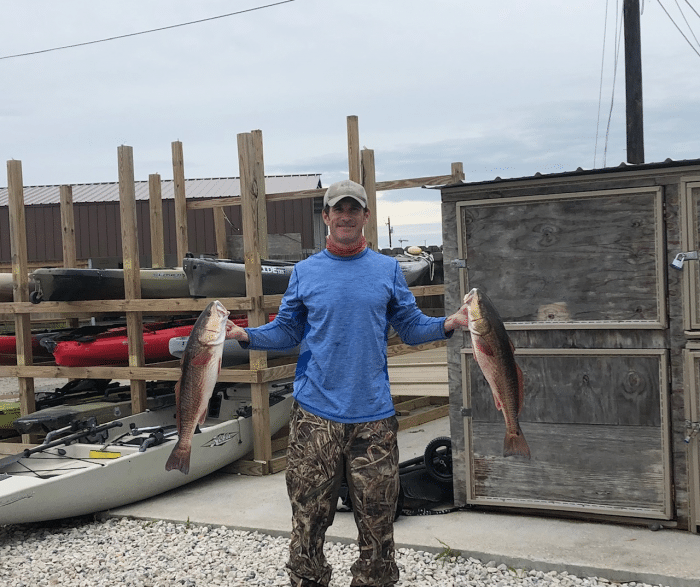 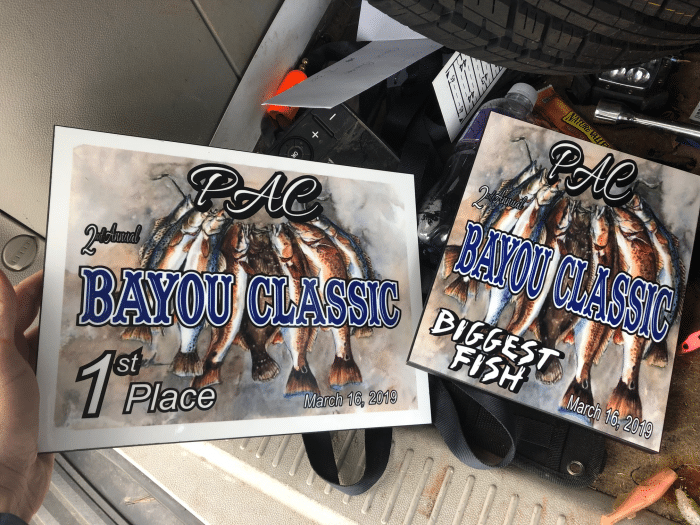