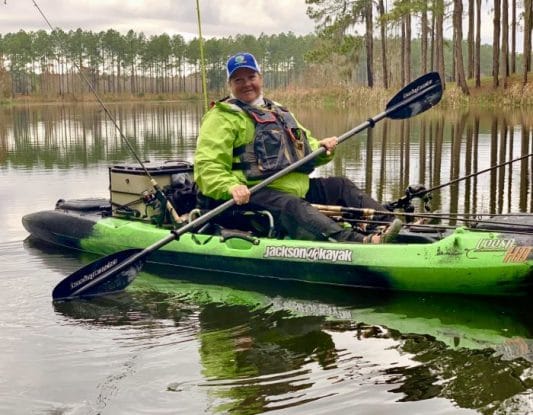 My world opened up a little wider recently when I had the honor of an invitation from Chad Hoover of Kayak Bass Fishing to fish and film a show with him during the KBF Dee Zee TENvitational and The TEN 2019 tournaments at Bienville Plantation, Florida.The plan was to drive the two hours over from home and fish with Chad and the film crew for a day. My one day invite turned into the full four day event and what a time it was! 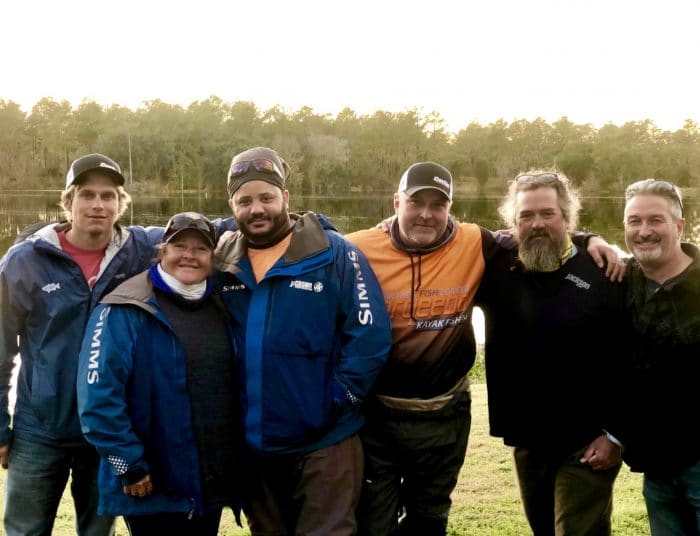 I was excited about seeing some familiar faces and finally getting to meet quite a few that I knew from social media and my fellow Jackson Kayak teammates from around the country. Warm greetings from Chad and his amazing crew were delivered upon my arrival setting the tone for an awesome day on the water. I would meet the anglers later after their full day of competing. 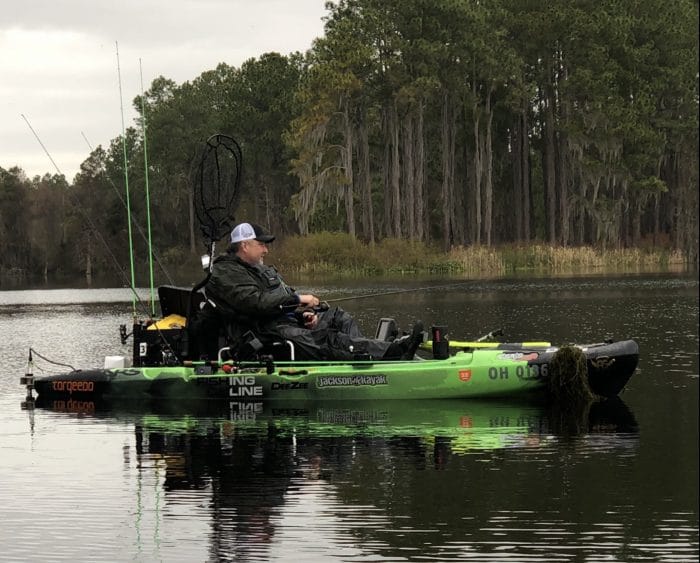 I was a bit apprehensive about being filmed while I fished since I usually prefer to stay behind the camera. I likened the feeling of pressure to that of competing in the tournament without actually competing. There would be an expectation to perform while the world was watching! But Chad and his wonderful crew were so relaxed, friendly and easygoing that it put me at ease right away. 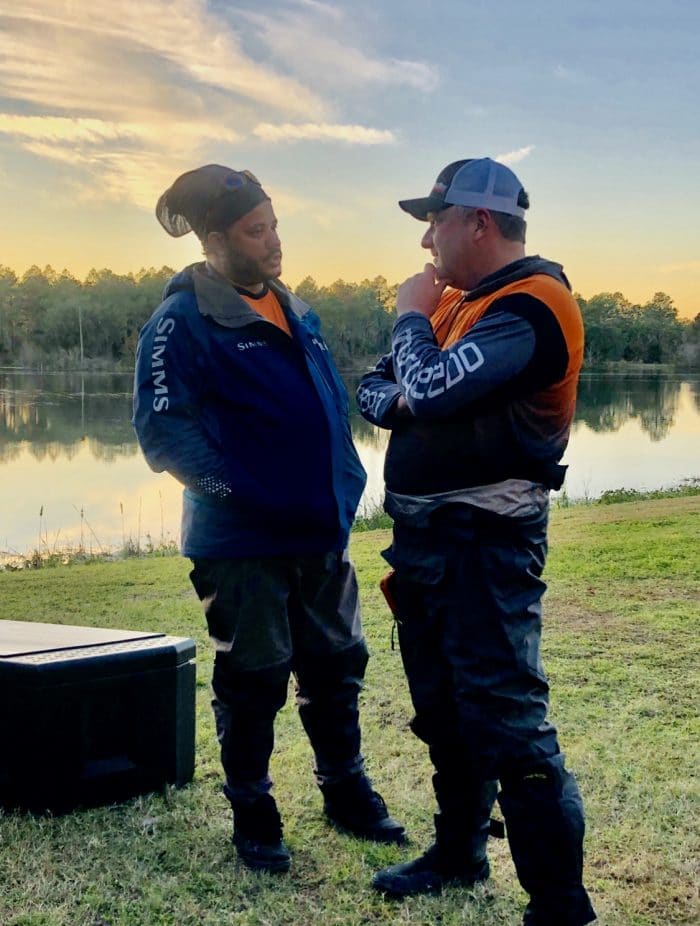 Russell Johnson and Matt Ball chat after a day of competing.

After rigging up my Coosa HD and the other kayaks and getting outfitted with microphones we did a few interviews on shore before heading off to fish. We each were assigned a cameraman who followed us as we fished and stopped us to answer questions along the way. The competitors were fishing on three of the 11,000 acre plantation’s many lakes, including the one that Chad and I were on. We kept our distance but it was tough to just give a quick hello to anglers passing by that I was dying to talk to! 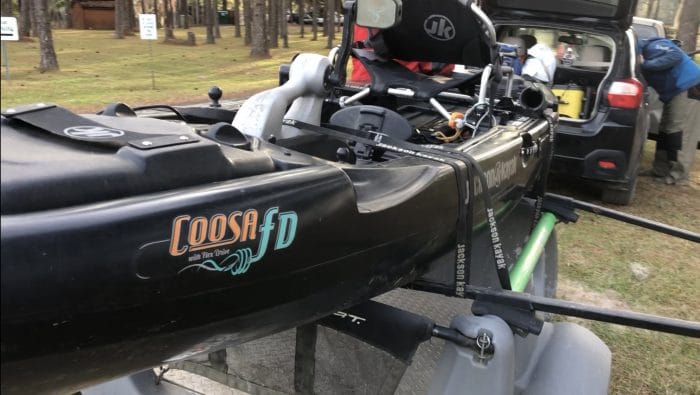 Jim Ware prepping his Coosa FD for next day’s tournament.

These waters were unlike those that I’m used to. The lakes that I fish in Florida are relatively shallow prairie lakes, full of vegetation with just a few deep sink holes. The lakes at Bienville are reclaimed strip mine pits turned into natural looking lakes that can have depths of up to 40 feet. Except for the vegetated banks that felt familiar to me the rest of the waters were better fished with jigs, drop shots, spoons and deep-diving cranks. Turns out that a very popular and prolific lure of the tournament was the Alabama Rig. The bass were honed in on schools of shad and the anglers who followed the shad found the bass. My fish came on cranks and Texas rigged creature baits. 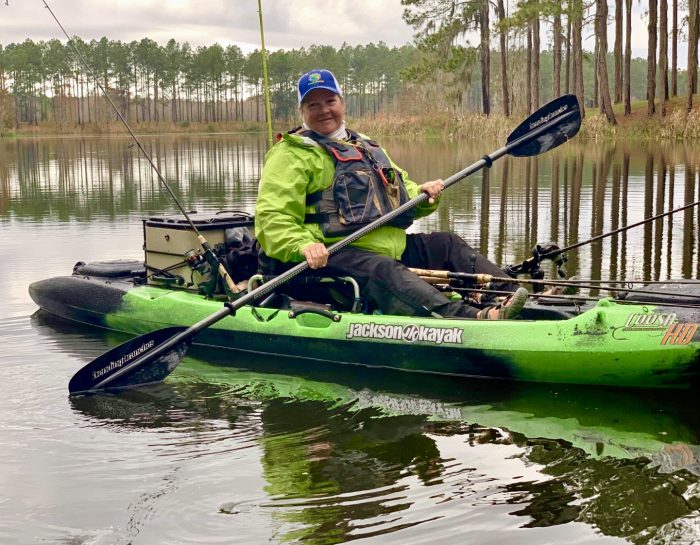 Jean Wilson in her Coosa FD.

At the end of the TENvitational, after day two, I was able to meet and chat with so many anglers! What a pleasure to put faces to names! It was a time to relax together and grab some photos and a group shot with my Jackson Kayak Fishing Team mates. 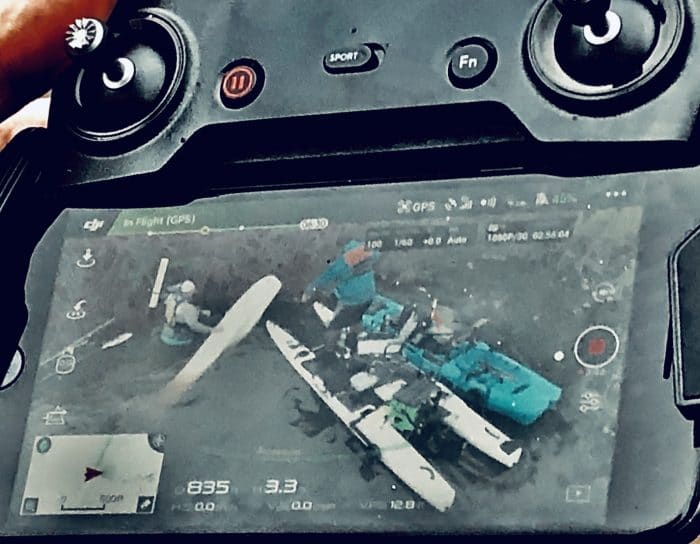 Drone screen of Russell Johnson on his BlueSky Angler 360 rescuing a kayaker and his water-filled kayak.

During the entire four day event the competitive spirit was alive and well but more than that there was an overwhelming sense of camaraderie. I had the pleasure of a warm and welcoming gathering at The TEN cabin where I had the chance to eat homemade chili and chat with Jody Queen, Jamie Denison, Jason Broach, and JK teammates Matt Ball and Josh Stewart. 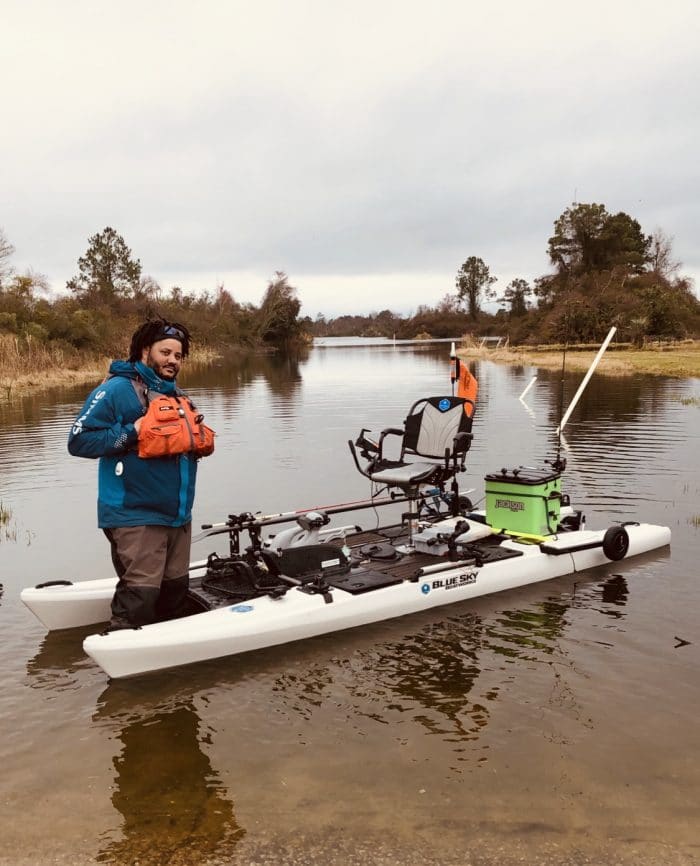 Despite their busy duties, crew staff Scott Beutjer, Gene Jensen and KBF judge, Amanda Brannon found time to fish with me and get some nice photos. There were many selfless acts of assistance during the competition that included lending of needed equipment, towing stuck vehicles out of muddy roads, changing flat tires and rescuing an angler who’s kayak had sunk. 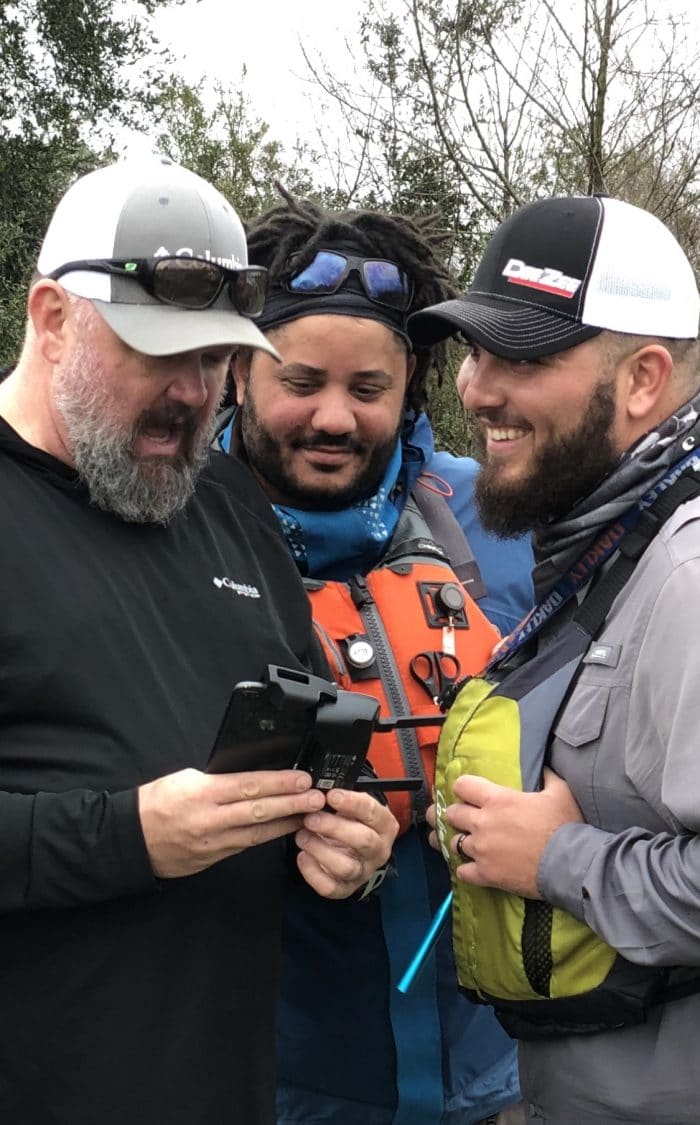 Jackson Kayak Fishing Team mate Russell Johnson took time away from competing to search the winding maze of Lake 14 for an angler who’s kayak had filled with water and sunk. Russell’s BlueSky Angler 360 was the perfect stable platform to give him the leverage to haul the very heavy kayak up, drain the water and transport it back to the ramp. Tim Isaacs assisted in the rescue by bringing another kayak over for the angler to use. A group of us went to help and got to see the rescue happen on Chad’s drone screen. There was much relieved laughter when everyone was safely back at shore. 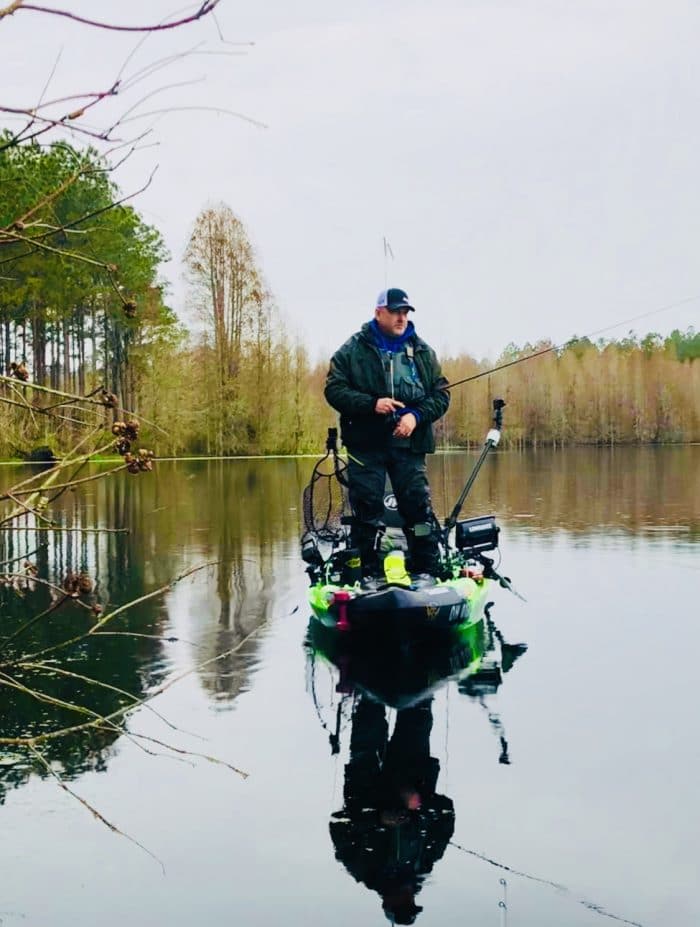 The awards ceremonies for both tournaments were fun affairs with lots of anticipation awaiting the final results. Jeff Fader of MI won the TENvitational which made him eligible to compete in The TEN.

The top five winners of The Ten were:

Congratulations to all the competitors! 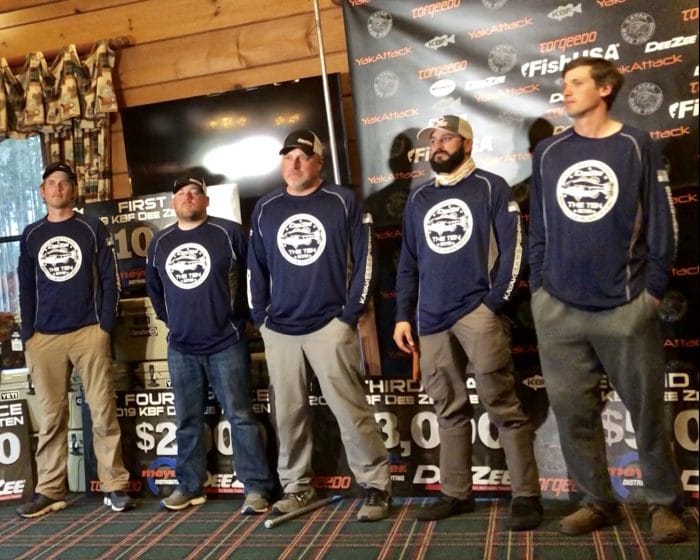 Thank you, Chad Hoover, for the wonderful invite to fish with you and film our fun on the water while the competitors went to work seeking top honors! Your hardworking and talented staff took care of every detail and kept the shindig running smoothly. What an amazing crew! 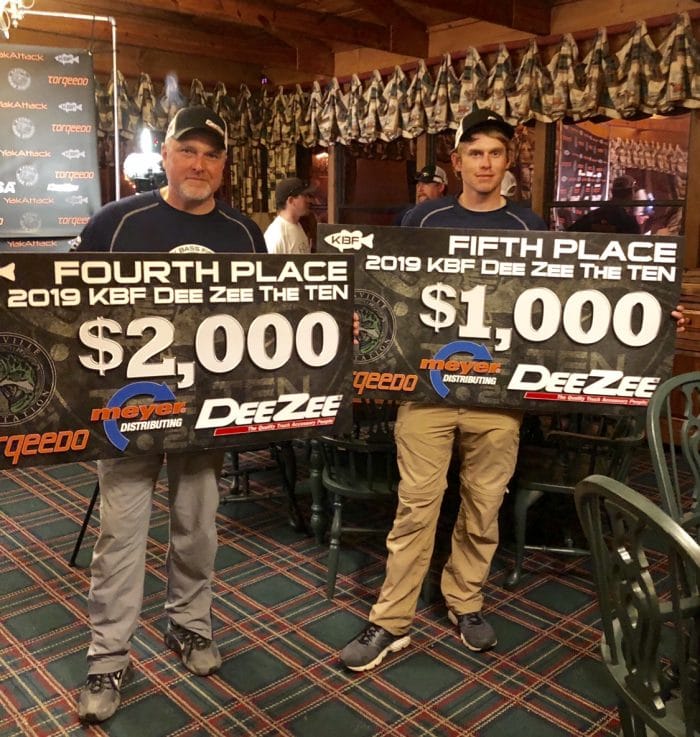 JK teammates Matt Ball and Josh Stewart in the money!

It was an absolute pleasure to meet so many wonderful folks from around the country, including my Jackson Kayak teammates and kayak anglers representing all the amazing brands and companies that support us! It definitely expanded my horizons in the kayak fishing world! I appreciate all the kind and welcoming words and hugs! It was truly heartwarming to see and feel the palpable camaraderie amongst the many anglers and staff. Until next time!! Thank you!!