What’s in your Kit: Ear Plugs 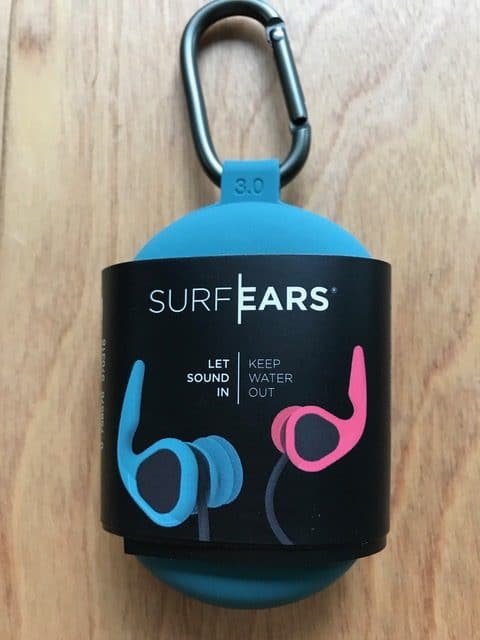 I have spent a good deal of my kayaking career using stuff that didn’t work.  Some of this was because of finances, some because I am a sucker for a good deal, and some purchases were the result of poor choices made because I listened to other people who may or may not have had my best interest in mind.
Doing reviews and making suggestions on a public forum to me means being honest.  Likes, dislikes, things that could be improved—that kind of stuff.  If I am asked about a product,  I try to give personal responses that relate to me specifically while making sure that people know that they need to form their own opinions.  There is no one size fits all, best product anywhere.
Taking into account all of the above I decided to review some of the things that I love in my kayaking kit.  While I do get monetary discounts on some of these things, I do not get free stuff and am under no obligation to publicly like or dislike anything.  That said, do your own research and try before you buy if you can.
My first review is for something so basic and simple that it is often overlooked.  A lot of people don’t wear earplugs.  A lot of those people have ear issues and are on their way to surgery to remove bony growth in their ears (exotosis) from boating in water colder than 68 degrees.  I was one of those people. 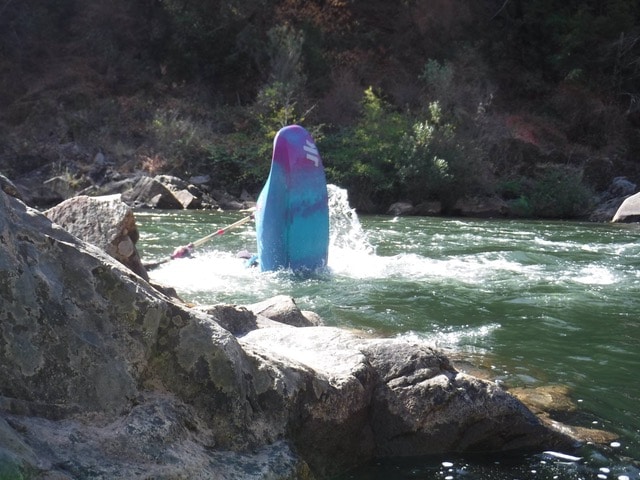 There aren’t many boaters out there who will say that they love wearing earplugs but I have been using Surf Ears plugs for a few years now and actually really do love them.  In 2017 I discovered Surf Ears and have been using them religiously since then.   The original was well thought out and lasted me 2 long years of heavy use but their new model has been significantly improved.

They have made some subtle improvements from the original model that made the plugs even more user friendly, sturdy, and comfortable.  One of the best things about these plugs aside from the fact that they keep virtually all of the water out is that you can hear, which is huge when you boat.  When properly fitted the level of hearing is as close as you can get to not wearing ear plugs and after a day you won’t care about the negligible drop in sound level because you will still have them in your ears keeping the water out and protecting you.

First, the packaging has been minimized so that the plugs themselves surrounded by a recyclable instruction sleeve is all there is which is great for the environment and aesthetically appealing to look at.  The soft silicone case with drain holes on the back magnetically snaps closed to store the plugs securely and safely.  A small carabiner clips inside your PFD pocket and they take up almost no room.
The leash, instead of being tied directly to the plug like the old ones, has been integrated into the plug body and is easily taken off or changed.  My old leash had broken and had to be re-tied a couple times which wasn’t really an issue but the new leash looks great and there is no knot to stick out or come undone.  While you can either wear them with the leash or not, I use the leash because I don’t want to lose them when I take them out at the end of the day floating to the takeout.  They have never fallen out while upside down, even in some pretty violent turbulence.

They have color coded the plugs so you automatically know left from right which is a nice touch but that isn’t the only reason they are different colors—they were redesigned to fit the anatomy of each ear with different curves and angles so they are not interchangeable.  The mesh outer which keeps the water out was reinforced so repeated pushing to set them in your ear doesn’t compromise the ability to seal the water out.  That was the one thing that failed at the end of 2 years for one of mine so I am really happy for that improvement.
The way they work is kind of like how Goretex works.  Water gets repelled with a fine nylon mesh covering the outer part of the plug while sound is allowed to get through.  When you roll up sometimes it takes a second for the mesh to clear—sometimes both ears are muffled for a bit, sometimes one, and sometimes all is good and you hear normally right off the bat, and I usually just swipe my finger over the plug and that clears them the fastest if sound is muffled.  The time you take fitting the plugs in your ears pays off with less potential for this muffling so try out a few different configurations to get the best fit.  There are 2 different sizes for the body and 4 different sizes of the inner sealing gels that sit in the ear canal.  They are made of super soft medical grade silicone and are even more comfortable than the older ones were—making them comfortable to use them every time you are in the water.
If you have tried a lot of different ear plugs and are not satisfied with what you are using, definitely give these guys a try.  They are not the cheapest out there but they do last, so factor in all those lost plugs, useless purchases that didn’t work, the ones you won’t use because they are uncomfortable, etc. before you write off spending the money—and they do last so add that positive bit into the initial cost equation. 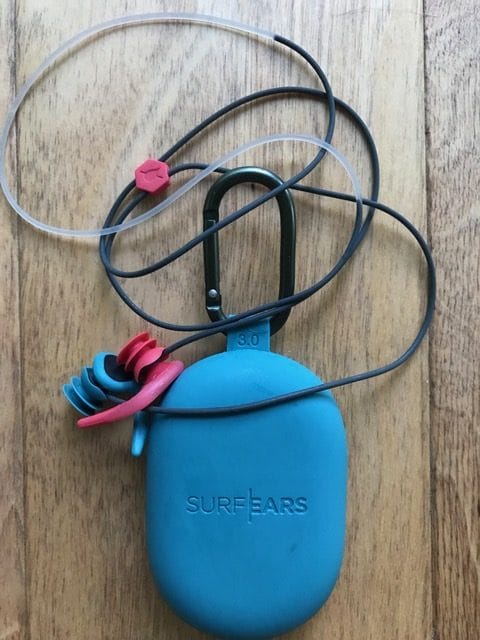 Having had one ear chiseled open after being 98% blocked last September ($$$$$) and the other one being approximately 55% blocked, I am happy to have found this company and am a firm believer in keeping water out of my ears to keep exostosis at bay.  The best time to wear ear plugs is all the time and the sooner you start, the better in your paddling career, so if you aren’t wearing them in water below 68 degrees please start!
Link to SurfEars
https://surfears.com/
Happy paddling,
Hilde