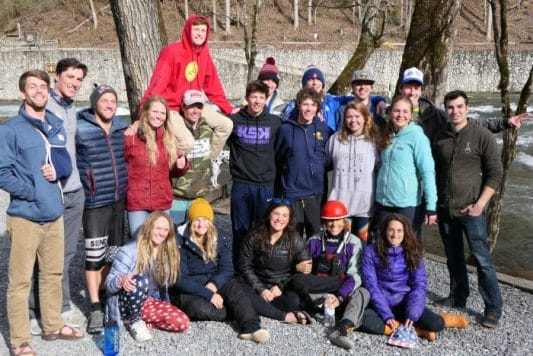 In March, kayakers from around the country converged on the river at the Nantahala Outdoor Center (NOC) to compete for a coveted spot on the US Freestyle Kayaking Team. This team will represent the USA at the World Championships in Sort, Spain this summer, July 3-6th.

Surprisingly the State of Colorado has more paddlers on the US Team than any other state. This includes myself, my brothers, Kenny and Dally, and our friends Katie Fankhouser, Riley Frank, and Seth Chapelle. That’s 6 out of 20 team members. This is surprising because Colorado’s rivers typically only flow with enough water for kayaking during the spring runoff when the snow is melting. The rest of the year, most of the rivers are too low and during the winter months, it’s nearly impossible to go kayaking at all. 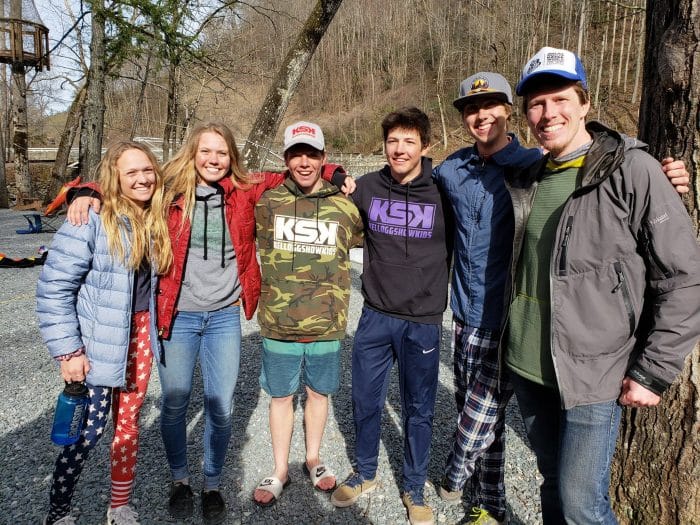 That being said how do we train for something like the US team trials or the World Championships during the winter? .. well we don’t! Not in our kayaks anyway. Instead we work on our freestyle skills in winter sports: skiing and snowboarding.

My family and I hadn’t been freestyle kayaking since the end of September when we paddled in Trail, BC with our friends, Lee, Tim and Hunter Vincent. We did manage to hop in our boats on New Year’s Day for a super fast Shoshone run on the Colorado River. It was 11 degrees outside and we were frozen solid when we got out of the river. Not a very good option for training or keeping up with kayaking.

We resorted to basically begging our local community pool for at least one kayak session a week. They weren’t very easy to convince but we did managed to get 3 pool sessions in the month of February. In between that time, we were playing hockey twice a week and snowboarding 5 days a week. Kenny and Dally got extremely good on their boards, throwing 720s and back flips like it was their job! Cardy as well! He was crushing his front and back flips! 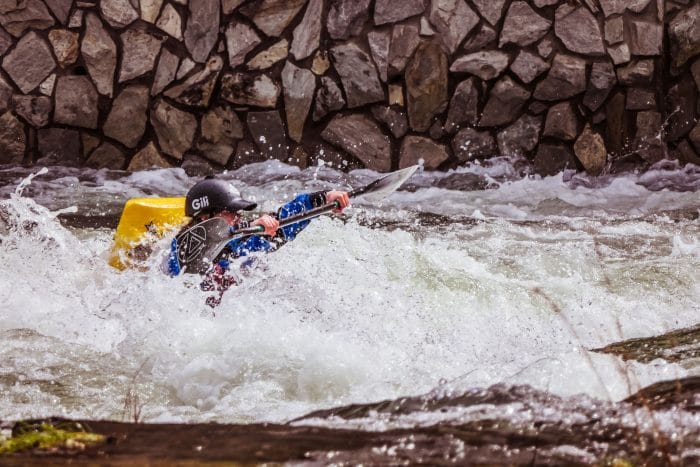 Having to cut our winter short, we left Colorado in late February to start training in actual whitewater for about 2 weeks prior to Team Trials. We raced to the warmth and high water of the Southeast! We found ourselves in Columbus, GA on the Chattahoochee. It’s one of my favorite rivers! There is almost a feature at any level, making it a great spot to play!

It was very challenging for us to get back into the groove of paddling after nearly 5 months of no playboating. Kayaking uses muscles that we don’t use for other sports, so we had lost much of our strength and endurance for kayaking. We were struggling with landing our tricks and sticking them in the hole. We would spend hours a day in the water, determined to get back into paddling shape.

This proved to be quite difficult. Putting 5 months of paddling into 2 weeks was tough on our bodies. Every day we were so sore. I actually pulled my abdominal muscle and had to take 5 days off of paddling. Kenny’s hands and toes were literally bleeding from non stop paddling. 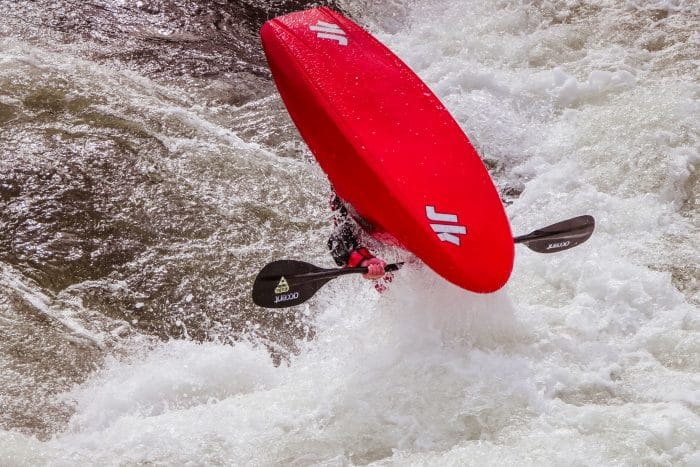 With all the flooding throughout most of the SouthEast, Rock Island, the original spot for our team trials, was totally flooded! There wasn’t even a feature anymore.

The USACK committee struggled to pick the best location under the circumstances. Thankfully, NOC was willing to accommodate all of us. We were originally told Duke Energy could guarantee 1100 CFS for the Team Trials weekend. Unfortunately, Mother Nature continued to dump an amazing amount of water and lakes were at risk of flooding if Duke held any water back.

This meant water levels at NOC weren’t consistent. We had no idea what the levels would be on comp day, so we trained and hoped for the best. Every day was a different level and the higher water made the hole very flushy.

The competition was stacked! It was stressful to watch. My family managed to put one of us on the team in each K1 division except Jr. Women, because we don’t have a Junior girl. Maddy is not old enough this year, but she will be competing for a spot on the Jr Women’s US team in 2021. 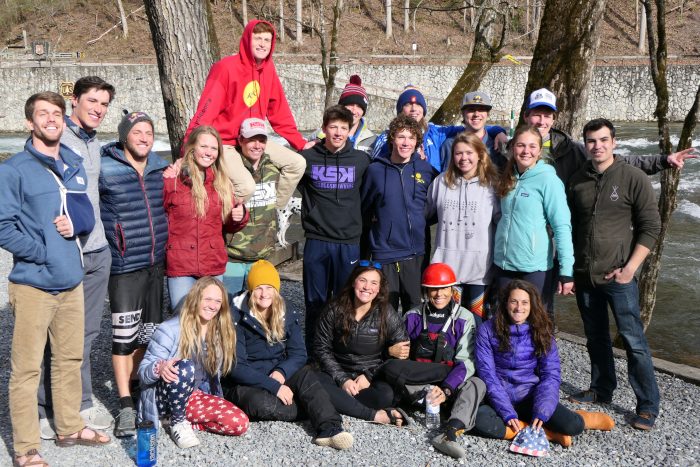 This is my 3rd time being on the US Team and now Kenny, Dally and I have successfully made the team together twice in a row. We are honored to be able to represent the US! Hopefully next time around there will be 5 of us going!

We are now back in Colorado to enjoy some spring snowboarding and the CO kayaking tour! After GoPro Games the 3 of us and our entire family are off to Spain for Worlds and a 6 week tour of Spain, France, Italy and Switzerland.