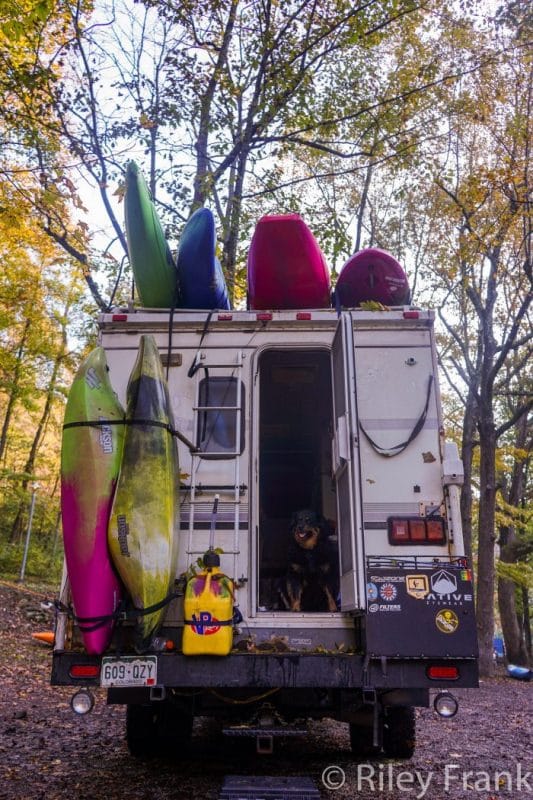 We had been transporting boats on the roof of our truck camper since we have had a truck camper. Earlier this year, the truck got upgraded to a flatbed, in the process; the camper was raised up a good 6-8 inches. With the added height, medium+ boats other than a UL didn’t fit on edge within the U.S. height limit of 13 ft. 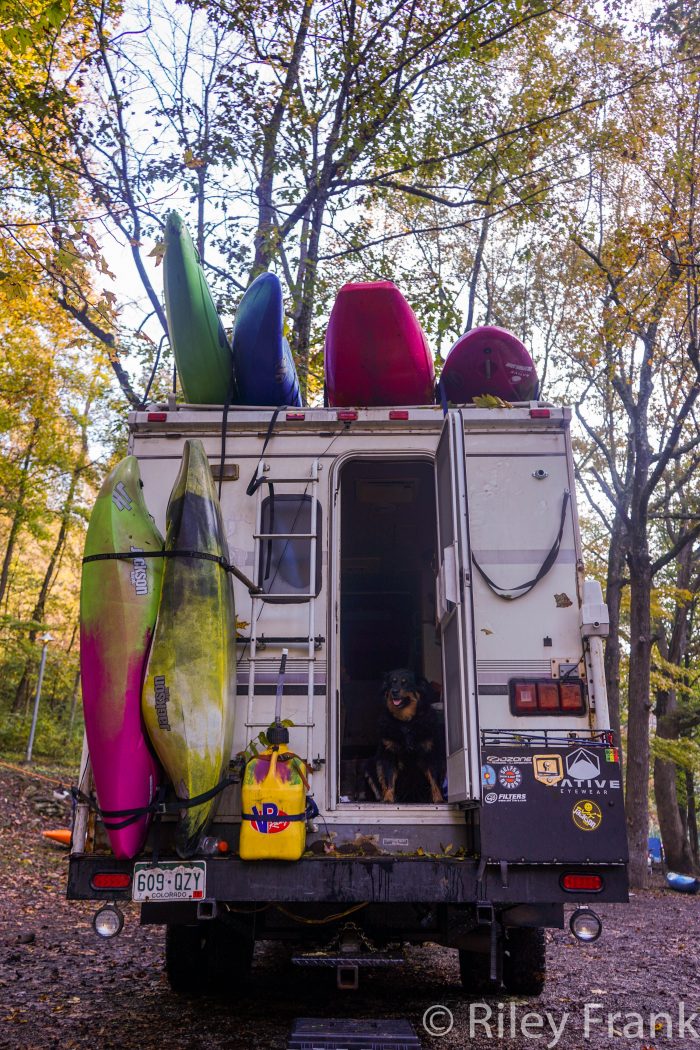 While there are certainly some ways around not having boats on edge on the roof, we typically have more boats with us than there is space for them to be hull down. Everyone’s seen some of the unconventional racks people have come up with. Mostly I’m referring to the one Tad Dennis came up with that allows him to rack 10+ boats over the cab and hood of his truck and not have any additional boats on his massive 5th wheel RV. While a version of this rack would work for us, there is some added risk. The main one being, the rack posts down to the front bumper, we spend a lot on time driving on lit only with our own lights, wildlife filled back roads. By that I mean if we hit a large animal we could damage the posts to the point of not being able to haul boats, or not letting the truck continue traveling.
The one rack area that everyone seems to agree on and that makes the most sense is the rear of the vehicle. While it still imposes some challenges and runs the risk of having boats crushed during a rear ending, along with getting quite dirty being in the trucks wind eddy, it was still the most logical spot for us to put boats. 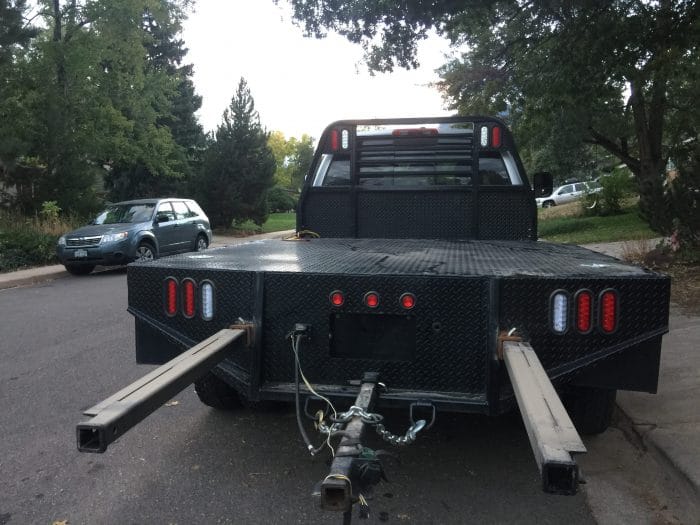 The main struggle for us was not wanting all the load to be on the camper, our solution for this was completely overkill, however, the base for the rack doubles as a massive rear bumper, and triples as a way to tow a large trailer without a fancy name brand, trussed extender. We had a friend wield two 3” receivers onto the rear frame members of the flatbed. Out of those tubes poke two 4’ extenders. On the 4’ extenders rests a 6” tall piece of C-channel. The drivers side will have a flip out small platform for boat ends to rest on, and the passenger side has an Aluminess box on a swing arm capable of holding two play boats during boating season, and gas cans or recovery gear during winter months. The rear face of the bumper has its own set of lights so we never have to worry about blocking the factory camper lighting, which could get us pulled over, rear ended or backed into a stump due to lack of rear illumination. 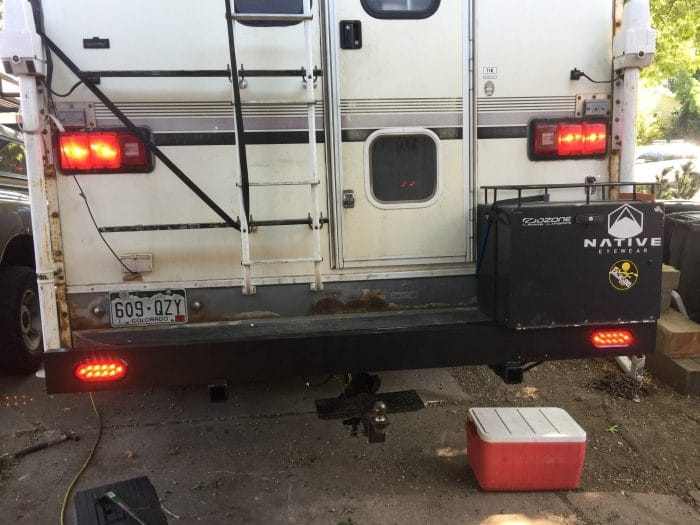 Its not the only solution, but it makes the most sense for our rig. Hopefully this will help someone struggling with rackage on his or her oversized vehicle.
-Riley Frank
Instagram.com/Rileyfrank.kayak
Instagram.com/theadventurerig