Almost 40 years ago, my dad Big Mike Evans aka “Pops”, would usually tell me in the evening that we
would be going fishing early the next morning so I had better get to bed. With images of sand and
spotted bay bass running through my head, I would battle through the excitement of what may be in the
early a.m. and force myself to sleep. The next morning, with sleep still on my mind and in my eyes, we
would grab our cups of coffee with a scoop of chocolate powder and head to a small poorly lit 24 hour
dock near the jetties of Newport Harbor. When we arrived, I would rush to unload all of our rods and
tackle and start cutting the bait of the day. Then the following conversation would happen
EVERY…SINGLE…TIME.
Pops: “Do you remember how to tie that knot I taught you son? You have to remember it by now right.”
Me: “What was it called, a Pali ugh, Palo…Palomar knot? YES Pops, of course I remember. It’s like tying
my shoes kind of.”
Pops: “Atta baby, grab that sinker and tie it on. Start casting son. Once you hit that buoy waaaaay out
there, you can reel in and I will help you re-tie your rig with a hook and bait.”
I recall thinking at the time that it wasn’t fair that I had done all that prep work but, wasn’t allowed to
actually “fish” until I could hit that stupid buoy. The funny thing is, what I didn’t realize was that every
time we went to our favorite little dock, it took less and less time to do so. After a while, I would hit it
on my first cast regularly. Our trips graduated to offshore outings chasing bigger fish, trips to the
mountains in pursuit of rainbows and on occasion, heading to a local lake to target largemouth. I never
would’ve guessed it at the time, but it was all just the beginning of my love for this sport and all that it
encompasses. 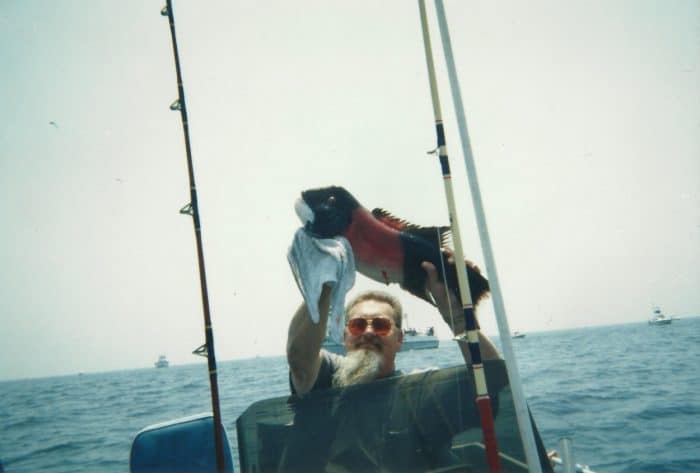 Fast forward many years to me the father with children of my own. I’ve taken what I have learned and
have introduced my kids to fishing, kayak fishing and even tournaments in very much the same way my
dad did for me. It started at the local pond where I first took them bluegill and trout fishing. My oldest
daughter Miracle enjoyed trout fishing when she was younger but quickly shifted focuses. My twin
daughters Eden and Emma however, took to it like wild fire and were hooked immediately. They love
talking about the beautiful colors and unique markings on every fish they catch. They are also typical
“fisherman” and love bragging about whose fish was biggest on any given day. Being twins, they are
naturally very competitive and convinced me early on to allow them to compete in local trout derbies
because they enjoyed “catching so many fish” and because “winning cool stuff wasn’t bad either.” 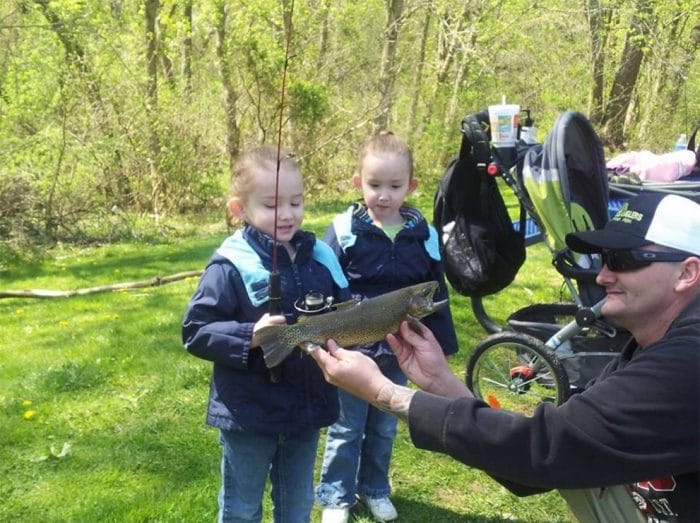 It was right around then that I also introduced them to kayak fishing. Initially, it was just the twins and I
jumping in the Big Tuna to catch bluegills or whatever we may find. Then, two years later we decided to
introduce my son Joshua to the addiction as well. Being the youngest kid fishing and not getting 100
percent of my attention, he initially was disinterested. But, once I spent some one on one time with him
in the yak, he too became hooked. 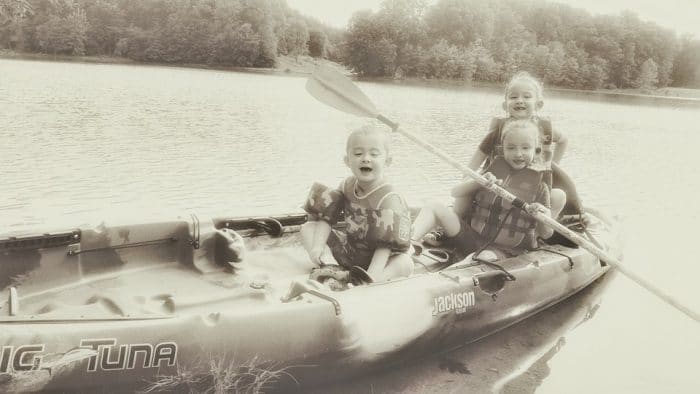 The twins have since then graduated to their own kayaks, a pair of Jackson Skippers. They have now
earned the responsibility of learning how to care for something they own and have discovered a whole
new world of freedom unlocked by our little plastic boats and a paddle in hand. Joshua isn’t ready for a
boat of his own just yet, but has no problem laying claim to my Murder Mayfly or any other yak in our
garage.

It really is crazy to think that it has been almost 40 years since I first learned to tie on a sinker and cast at
that stupid buoy until I hit it. What’s even crazier to realize though, is that every knot, every cast, and
every early morning of chocolate coffee and sleepy eyes have stayed with me all these years. Even as
my memories of the insignificant moments in life have and continue to fade, those times with my “Pops”
on the water will stay with me until the day I die. Seeing the look in my kiddos eyes when they ask to go
fishing or hearing the excitement in their voices when they hook into a fish tells me there is a good
chance that 40 years from now, they too will look back at our times together on the water with the

same warmth and appreciation for all of the fun we had and subsequent learning that ensued. Take
care of your loved ones and take your kids fishing as much as possible. They will appreciate you for it
more than you may ever realize.
Tight Lines & Sharp Minds
Joshua “Mek” Evans