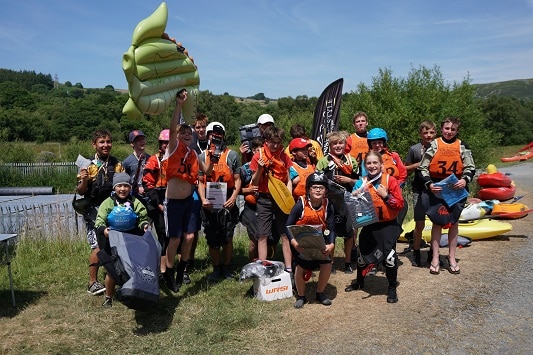 The 2018 Younguns Freestyle has finished now and it has been amazing. This is a really great series of competitions for youth paddlers (18 and under) where the focus is on having fun more than the results (that doesn’t mean that it isn’t competitive). There is always coaching before the competition so whether it is your first time, or there is a skill you want to practice then you get the chance. There were four events, Nene, Tryweryn, Nottingham and Boulters. 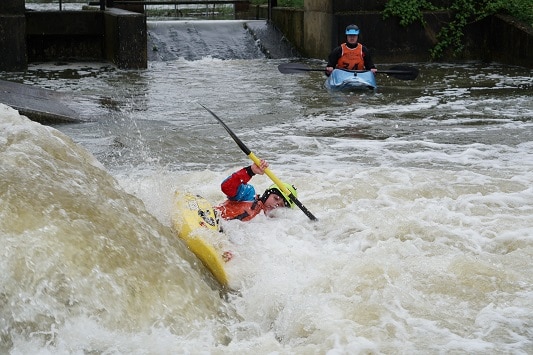 Nene went very well for me and I came home with a first. The feature wasn’t the best, it was vertical and trashed you around lots, however there were lots of cool eddies and obstacles to do cool things on. As the feature wasn’t the best lots of people just did cartwheels in it. The novice wave here is really friendly and a good place to start if you have never tried freestyle before. 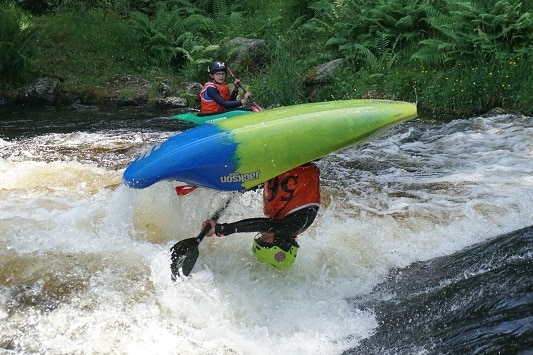 The second event was at Tryweryn which is is one of my favourite rivers in the UK because there is so much to do on it and there is always something new to try. In the morning we were all into groups based on what you wanted to do and your experience. I chose a group that wanted to do downriver freestyle, we messed around a lot while going down the river. One of my favourite things to do is try and get into really small eddies. There is one eddy just above a rapid called Mrs Davies’s which has a decent sized wave just below which could knock you around so it is always fun to try and get that eddy. The afternoon was a boatercross type race where we all raced against each other in our age group. Sunday was the freestyle competition above chipper. I came home with a second which I was super stoked about. 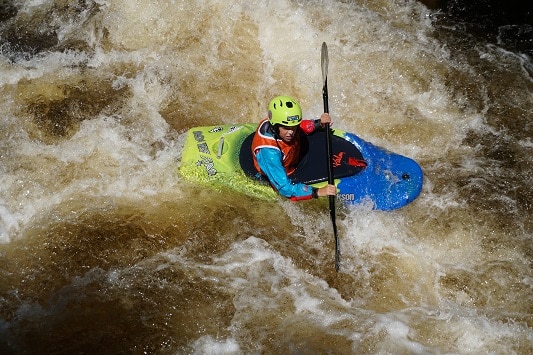 The third event was at Nottingham, which is probably one of the best courses for freestyle. The competition was on troll hole. A lot of people as well as myself flushed off on the corner when trying the tricks resulting in not very many high scores. Also the eddy is very tight so if you flush off you may go down to the next feature and not be able to continue on troll hole. I had a second place and however I believe that I could have scored more. 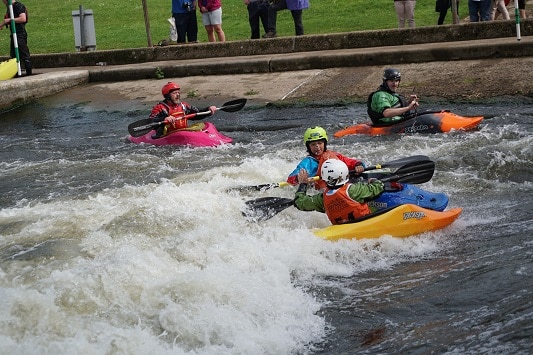 The final event was at Boulters weir on the Thames, which is a small flume creating a very small hole that is alright for cartwheels but dreadful for loops. For me and I’m sure a lot of other small people, it is cool because our boats fit in it and I am able to stay in it. In the morning we did a training session and I almost got the tricky woo down. The competition was a jam session which is where you line up and just keep on having goes for a certain amount if time. After I finished my session, and the next group were competing I was messing around and I threw my paddle under a poor over – it took a long time to get it out and I had a lot of help from others. In the competition I came second. Second was just enough to give me the overall champion for under 14 boys for the second year. 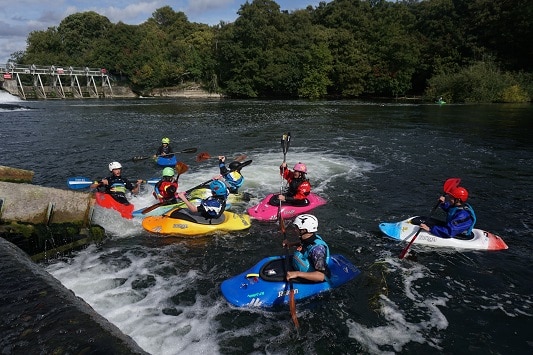 Younguns is a great way to get to know all the other kids who do freestyle I have made great friends. We always look forward to the next event to meet up and have more fun. It wouldn’t go ahead without the many sponsors and the volunteer coaches and helpers so a BIG THANK YOU to them all. 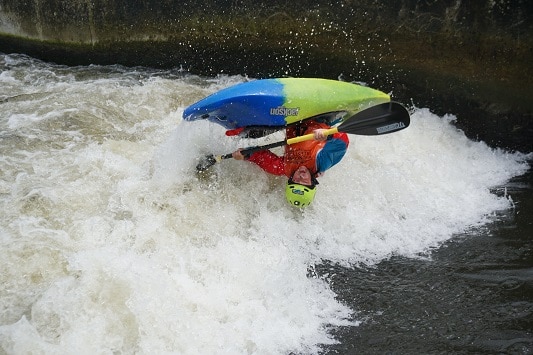