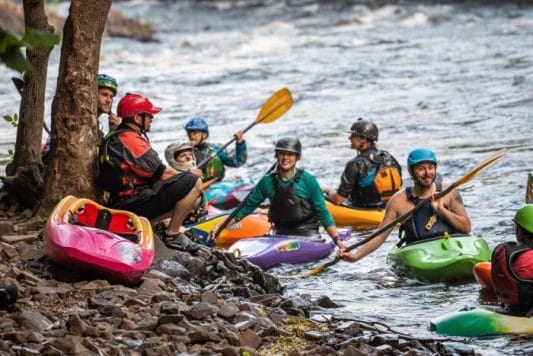 This past summer I was able to put together two really successful Hometown Throwdowns at my local playspot called Tville on the Farmington River. Hometown Throwdowns are grassroots paddling events that are all for fun and are meant to get people excited about paddling in a particular area. As a newly fledged World Kayak Ambassador, I was excited to organize two of these types of events at my favorite paddling spot. 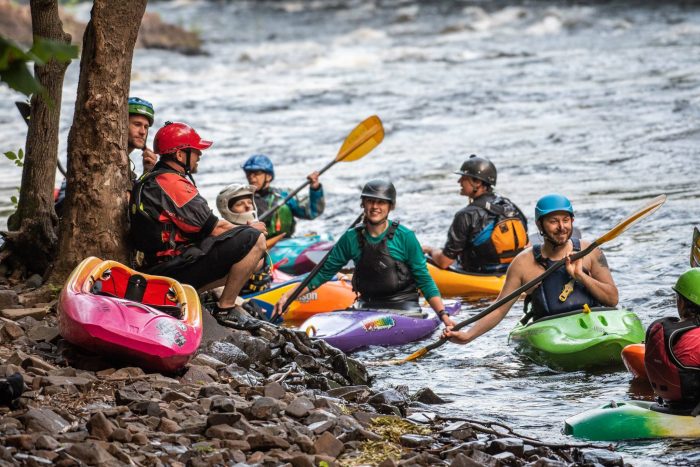 My first event happened in mid-July, and I was pretty apprehensive to be organizing my first event. I wasn’t sure what the reaction of the local paddling community would be, or who would actually show up, or if everything would run smoothly. Luckily, my mom had my back, and she has loads of event planning experience. For her, a small throwdown with a bunch of laid back kayakers was no big deal.
The first throwdown went off without a hitch. Everyone was super excited to be there, and it was fun to see so many people down at the playhole at once. My goal was just that everyone had fun and that definitely happened. Everyone got to take home a prize, and the low stress atmosphere meant that even people who didn’t have a big trick repertoire were able to feel comfortable participating. 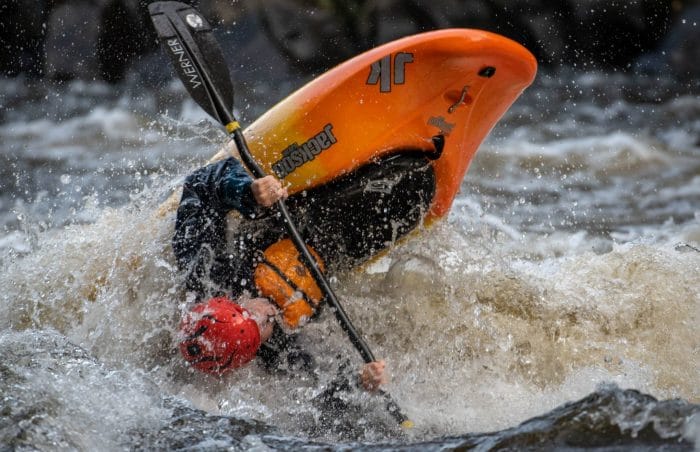 My second event went even better than the first. I did a few promotions through social media, and a lot of people responded positively once again. Shortly after my first throwdown, people were asking when the next one would be, so it was nice to have the support of the paddling community. My second throwdown brought out about 20 competitors, plus another 25 spectators on shore, enjoying the river and watching the action. Tville felt like it was the place to be again and I was super proud of the fruits of my labor. 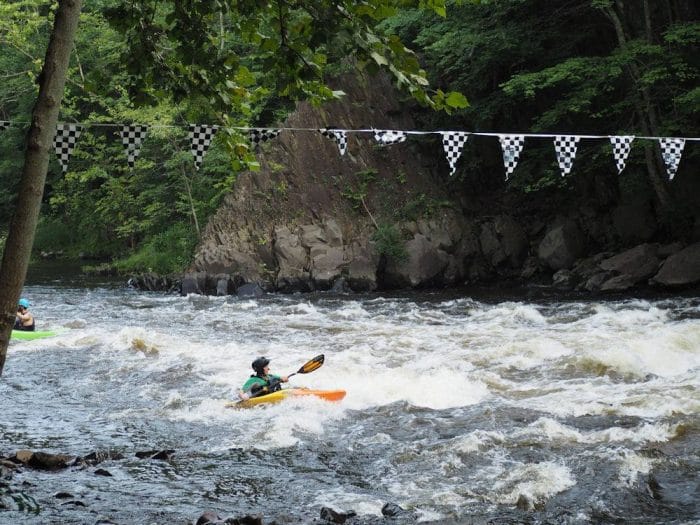 I have my third throwdown scheduled for October 20th, 2018, and I’m hoping it’s going to be a good one. More news to come but this one will involve some spectacular Halloween costumes!