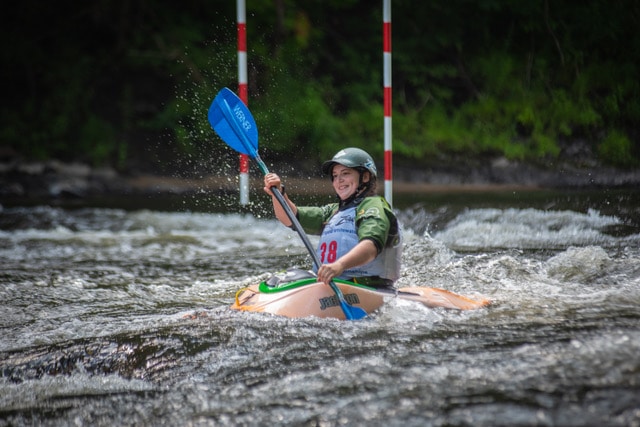 This year the Triple Crown returned to Tariffville gorge as a small but mighty event, plus a new event. Traditionally, the triple crown is an event including a slalom, downriver, and freestyle event all in one weekend. This year, organizer Andy Kuhlberg also added a free ride event which combined slalom and freestyle all in one event.

Even though Tville runs all summer long, the level had dropped to about 1.5 feet, but it was still good enough to go for everything from cartwheels to Phonics Monkeys. The weather was beautiful and the water was warm and it was overall an epic weekend.

Saturday brought the slalom race and the new free ride race. Although the number of competitors was small, it was a stacked race, with former Olympian Devin McEwan laying down a fast time, as well former Slalom Junior Team member Austin Huck with a blistering run as well. Not to mention the other extremely talented paddlers like fellow JK team members Dave Su and Jim Sullivan. Although I was super pleased with my two runs, it was still great to get some slalom practice in and cheer on my friends.

My favorite part of the weekend was the free ride race on Saturday afternoon. The rules were simple: Run the slalom course, and throw tricks along the way. I thought that this event really captured what I like best doing on the river, which is making fun eddy moves and also trying to play at the same time. The downside to this race was that it was exhausting! My strategy was to finish the slalom course and then spend the maximum amount of time (45 seconds) playing the playhole to try and rack up points. The run itself was scored by taking your slalom time plus penalties minus your freestyle points. I had a clean run both runs down the slalom course, and I was able to rack up 270 points on my freestyle ride in the hole, despite being exhausted from just running the course. Because of the time it took me to run the course minus my freestyle points, my score for the run was -54 points! I was stoked that I was the only one who went negative with my rides and I came away with the win in the event overall. 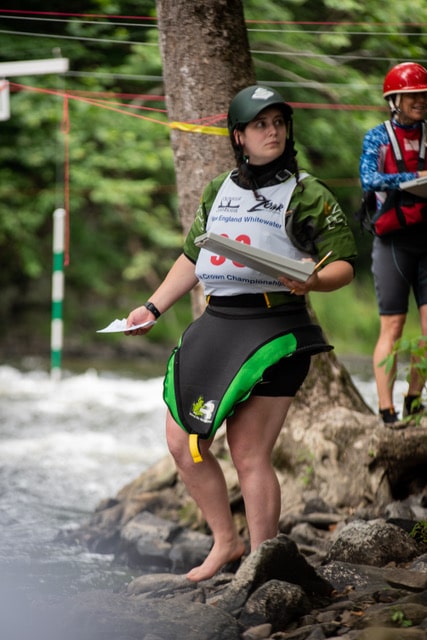 On Sunday it was time for the Downriver race in the morning. Prior to the race, I was considering using a slalom boat to run in, but last minute I decided to hop in a Speeder (for the first time!). Three other people were sharing the boat, so my warmup for the race was hiking about 2 miles total carrying the Speeder back and forth with the other people sharing up the trail to the put-in. When it was finally my turn, I got just one piece of advice, which was to lean the opposite way that I want to turn. Luckily this helped quite a bit and by the time I was part of the way into my run I had started to get the hang of paddling such a uniquely shaped boat. Unfortunately I missed my line a bit going through the bridge abutment rapid and the final rapid, and came up just a fraction of a second behind Jessie Stone overall.

In the afternoon, we had the final event, the freestyle competition. I was excited for this event being the most confident in my freestyle skills. I first did some judging for the first heat of competitors, and then I was in the second heat. The format was the best of three rides, so for each ride I tried to pull off the tricks I knew I could get first, and then went for the harder tricks towards the end of my ride. The level wasn’t optimal for freestyle, but I was still able to pull off a few tricks, and I landed myself in second place behind Jessie Stone. 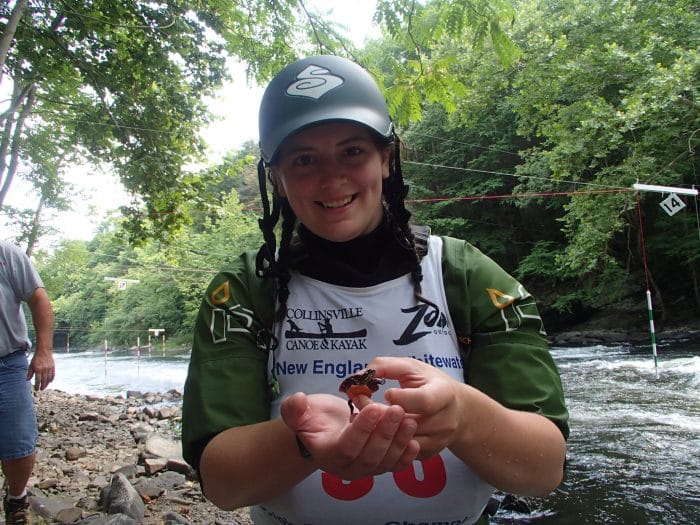 Overall, I just really enjoyed being able to paddle all day for two days straight and having my parents be able to come and watch me paddle for the first time in a while. I’m hoping that next year we can draw in paddlers from all over to make it a larger event and have more people appreciate how much fun Tville is!