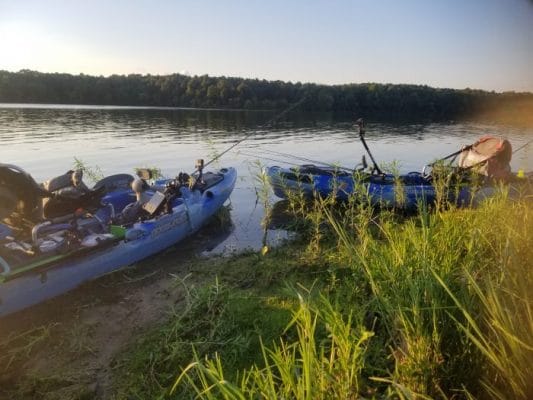 On 21 July history was made when the KLW conducted their first kayak tournament. This would not have been possible in my opinion with the hard work and dedication of Eric Jackson. This tournament actually was a fundraiser for #MarshallStrong; (Marshall County High School in Kentucky) that occurred back 23 January 2018. This shooting truly hit the FLW hard as it occurred in their own backyard, so what a great project to conduct two tournaments to raise money for such a great cause within their own community. 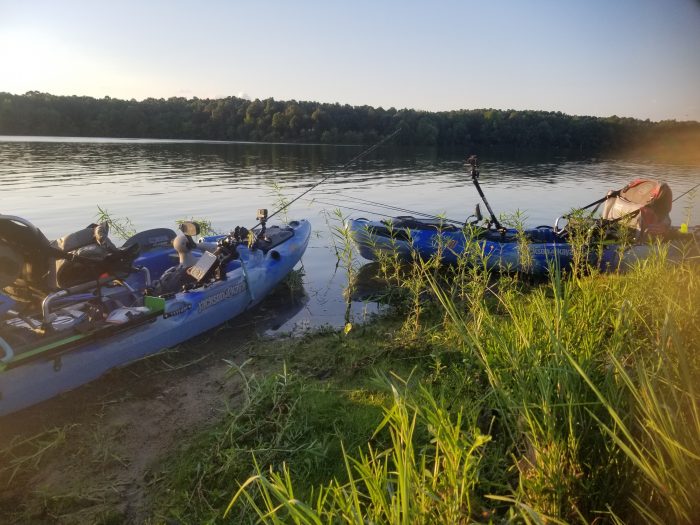 After making the 664 mile road trip for the event had been a much longer drive than I thought. I got to the Kentucky Dam Campground pretty late and setup my camp and retired for the evening. When Friday morning came; I decided to just drive and get familiar with the area. After all I still had to get food and beverages for my Orion cooler. 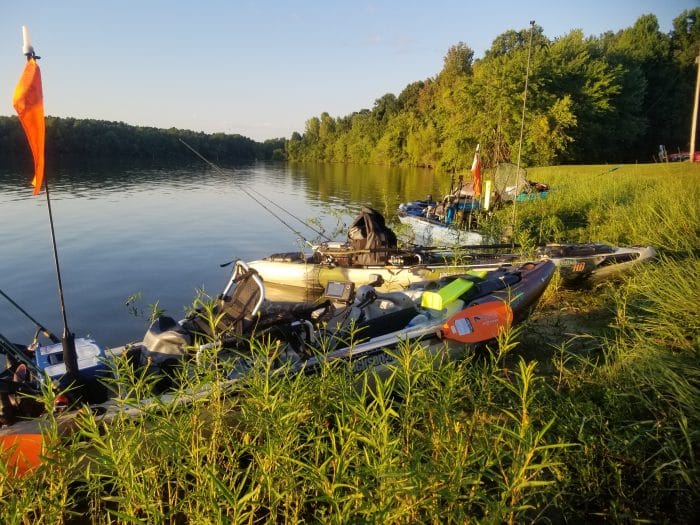 Towards the evening I decided to check out the launch site and just pedal the Coosa FD to get somewhat familiar with the lay of the lake. Looking for possible hot spots for bass like ledges, docks, brush piles, points, etc.; I managed to locate some interesting spots to try on Saturday morning. When it got to be close for the Captains Meeting I headed down the road to the location and to find some dinner. 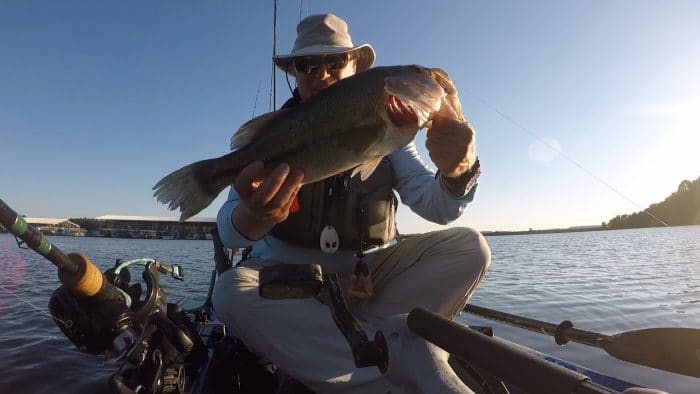 The FLW did a great job of processing all the anglers, had a silent auction, and even provided some snacks. The meeting lasted about the normal length of time; which had been more directly related to the boat participates. When their portion was done the eight kayak anglers met around a table to discuss our event and ensure that we were all in agreement of the rules. The event was going to be a three fish limit that could possibly consist of largemouth bass, spotted bass, and smallmouth bass. The photo would be submitted to kayakfishingseries dot com website for judging. To ensure that all participates used the same measuring boards the FLW issues hawg troughs to all anglers. 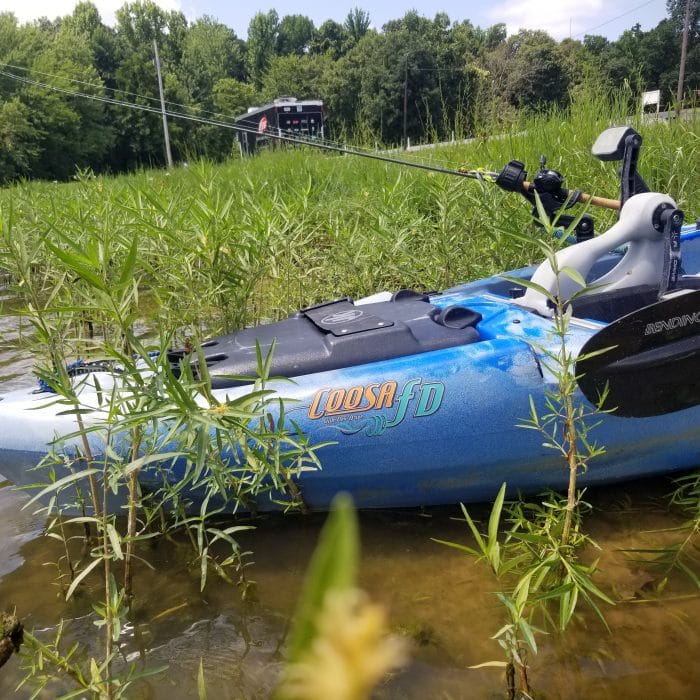 I managed to catch a single nice largemouth but lost several trying to net them. While my efforts managed me third place, Eric Jackson managed a three fish stringer to capture first place for the first ever FLW Kayak Tournament. Fishing was tough for me on Kentucky Lake but I learned a new body of water and will be make. The best part of the whole program was that the FLW managed rising over $12,000 for aid to the families that experienced the tragedy at the high school. 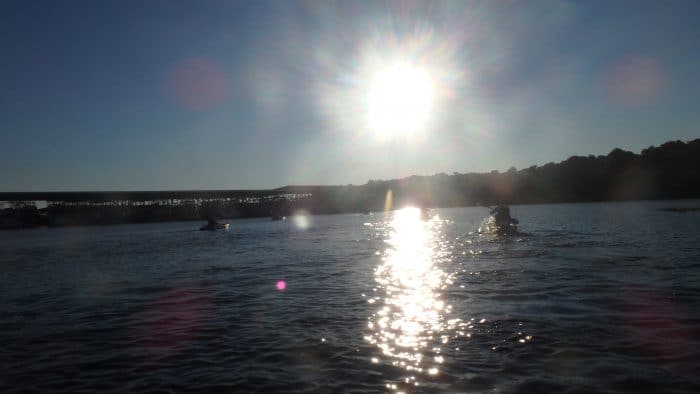 Besides the great work that the FLW Foundation does; I hope that they will attempt another kayak tournament in the near future; I know that I will attend the next one of they do.