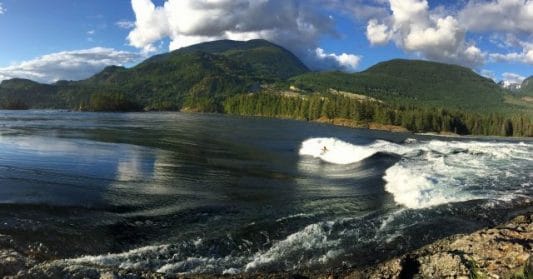 I cannot think of anything much better than warm summer afternoons spent with friends takings turns with surfs that make you giggle, basking on the rocks, cheering each other on, making new friends, eating snacks and not wanting to stop but also being exhausted by the end of the day.  I just had one such day that made me stop to think “man how lucky I am.” I finally had a few days in the Tetons where I caught the Snake river at a flow good for the surf in Lunch Counter rapid to be great. I have paddled the Snake several times before but not when the wave was really in. Day 1 we paddled from West Table to Sheep Gulch at 8800 cfs and had a few good surfs in Kahuna rapid (penalty box I hear the wave is called) and a couple of excellent ones in Lunch Counter on 2 different waves. But we were on a time schedule so could not stay and surf for long. So the next day we decided to return just to surf. The river was a bit lower, 8300cfs, and the wave in Kahuna was no longer very retentive but lunch counter was super! I hear it is good if not even better up to about 10,000cfs and down to 7,000, though that low it is apparently rather green and better for surfers. But while we were there the surfers and kayakers alike were having a blast on this big foamy friendly wave good for endless spins, blunts, back stabs….and most likely other tricks beyond me. : ) It was not super steep, I imagine higher waver would help that, so I had a harder time getting too much air, but none the less the fun factor was high. You can catch the wave on the fly from upstream or once you wash off and hike up again on river left, seal launch into a small eddy and ferry right onto the wave. When you flush off it is very easy to hike back up the river left rock ledges that help constrict the river here. 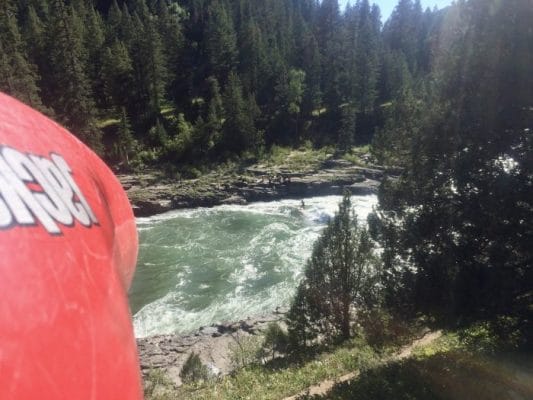 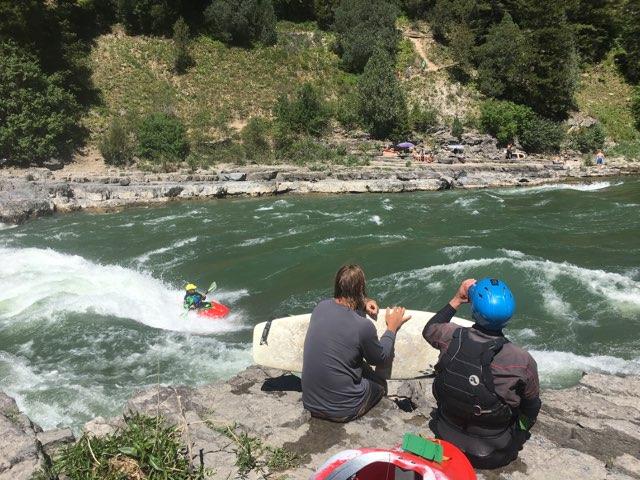 A bit over a month ago I made it to another personal first wave – Skookumchuck! Near the tiny town of Egmont British Colombia in a narrows of a tidal inlet this world famous wave sets up. Each day when the channel is flooding (the tide is coming up) a big rapid forms at this pinch in the channel and a wave sets up for about 2 hours before and 2 hours after the max flood current. At higher tides and therefore bigger currents the wave is bigger and when it is lower the wave is smaller and glassy. The number varied slightly depending on our source but was in the 13.9-14.5 knot range. (Ultimately times and speeds of currents and tides in a channel so far inland are very educated guesses and calculations based on a number of variables. Here is one prediction: http://tbone.biol.sc.edu/tide/tideshow.cgi?site=Sechelt+Rapids%2C+British+Columbia+Current+%28use+with+caution%29 Whatever you use you want to search for Sechelt Rapids.) At this level the wave was tall, wide and fast. Briefly, as it was setting up it was eddy serviced but as it grew you needed to hop out of your boat and drop in from upstream.  It was an exciting and powerful place to surf with lots of big air potential! It was great fun, and at maximum flow a bit intimidating. What is most spicy about this spot is the maelstrom of water downstream from the wave, which is the first in the rapid on the south side of the channel. As all the water pinches through the narrows it also forms massive boils, whirlpools and exploding waves that surge up from nothing. If you are able to make it quickly back into the eddy after flushing off the wave you can avoid most of this, otherwise you are going on “The Tour.” No point in trying to paddle across the huge (maybe 40’ wide?) boils, you just have to go with the current threading through whirlpools and surges and paddle back in below the boils way at the bottom of the eddy. I recommend a comfort in your surf boat of choice in big water and an excellent brace and roll. Swimming here would be dangerous and could involve some serious down time. If this sounds intimidating that’s ok! – Know your comfort zone and maybe pick a smaller current during which to visit if you feel wary.  When the current does not move as fast these features are not as big.  It was also much less intimidating right as it started to set up and was a spectacular place to sit on the rocks and enjoy the beauty of coastal BC, or even check out sea anemone and star fish below the high tide line. There are many ways to enjoy this coastal spot and tons of non kayakers hike out from town (4km on a wide, easy to follow trail) just to take in the magnificent feature. If you do not want to hike in/out with your boat you can also paddle down with the flood current from town turning right out of the harbor. 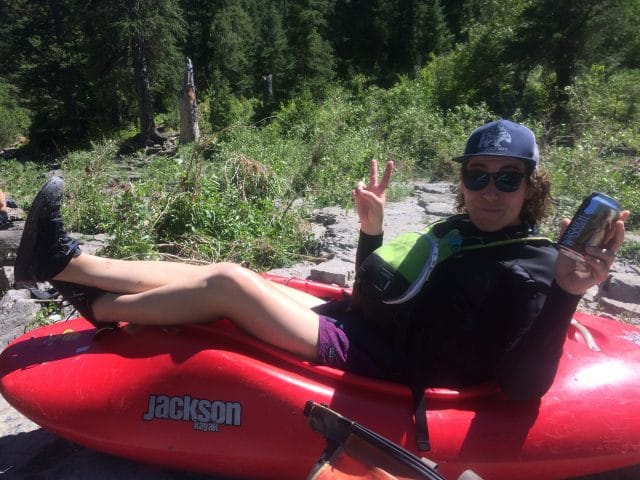 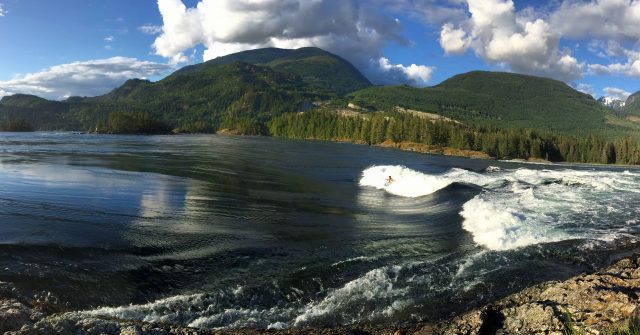 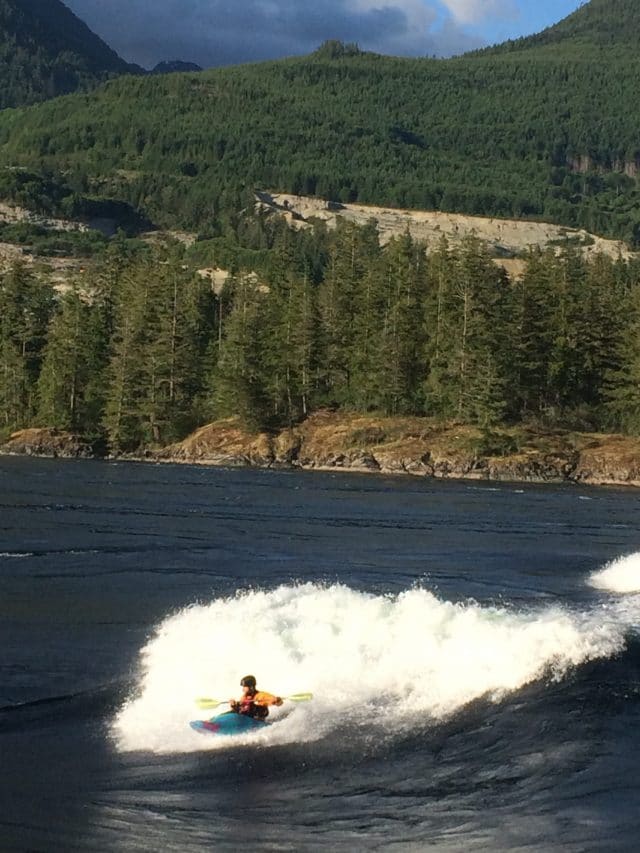 Canada, the US, fresh water, salt water, river or sea the character and setting of the wave may change but the joy brought by these places, the friends made there, the will to get back out there again and again when you flush off and try something different and the pretty places surfing takes us on a beautiful summer afternoon are a constant I hope to keep in my life for a long time. Happy summer surfing to everyone.