My Personal Best Score at Fibark 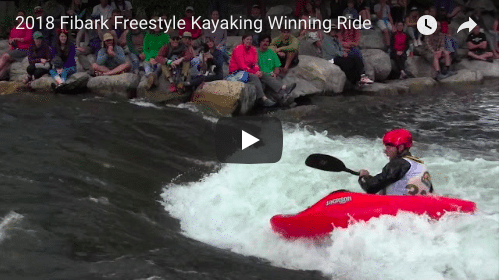 Salida is a special place for me. It is where I dialed in my cartwheel and learned to loop. It is where I learned all of my other advanced hole tricks. It is where I try to progress myself and the sport with combo moves. It has always been my favorite play spot and I consider it to be my home spot even though I live in Denver.

This was my 15th year competing in Fibark (twice as a junior and 13 times in the pro men class). Each and every year the water is near its peak flow, so I have competed there at levels ranging from 2,000 to 4,500 cfs when the feature is more of a wave hole.

However, in this low water year, the Arkansas River was running around 800 cfs, just below the optimal 1,000 cfs flow. This was my year to see what I could do in my home spot at a good flow. I set a personal goal of going over 1,500 points, almost 200 points more than my previous best.

My first finals ride was great. I made a few minor mistakes that left points on the table, but I linked every trick just as I had planned. The judges rewarded me with 1610 which improved my best by 300 points!

I tried to let loose long strings of combos during my second and third ride, but was unable to execute or top my score. Immediately after the event was over, I took a “fourth” ride just for fun and linked 7 tricks together, but we will never know how I would have finished that ride out.

Congratulations to Seth Chapelle who also set a personal best score of 1,500+ in prelims. He finished second with 1,370 in finals and Stephen Wright was in third with 1,350 points.