Fun for the Whole Family at CKS Paddle Fest 2018 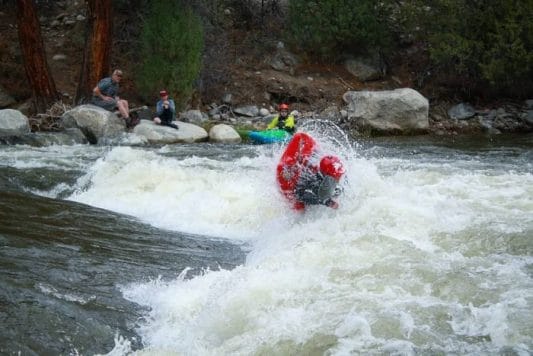 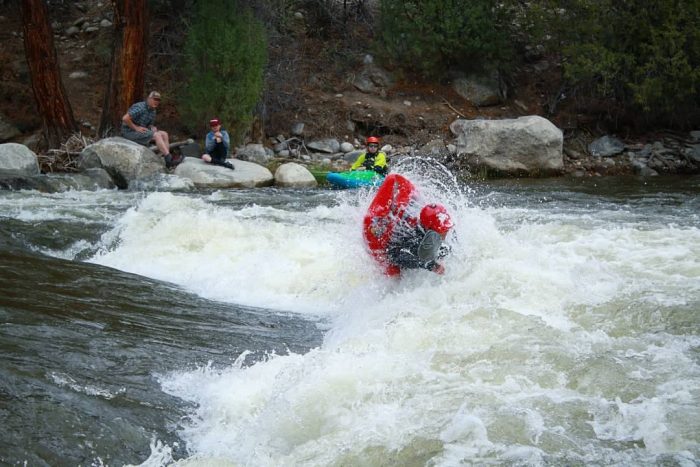 The water level for CKS Paddle Fest this year was prime!! The play hole was deep and retentive making it great for those high scoring tricks. During my practice rides I was feeling great and ready to go. My only goal was to beat my bro Dally haha and my PR which was 1090 at the time. We arrived on Wed, plenty of time to get a ton of practice rides in before Saturday’s competition.

We were lucky this year, the weather was warm and sunny. I can’t remember a time in the past 5 or 6 years that it wasn’t snowing and legit cold in Buena Vista Memorial Day weekend. It was shorty weather for anyone who lives in Colorado! 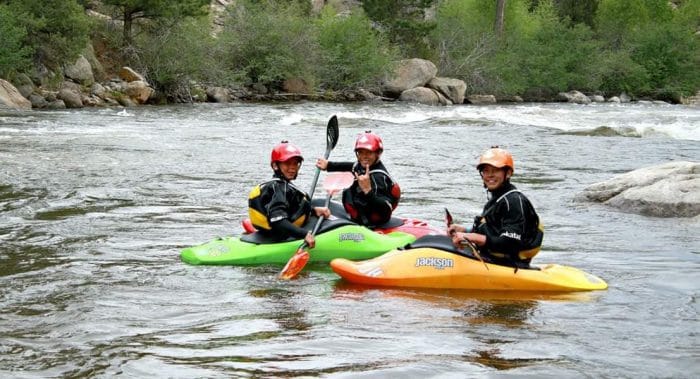 CKS Paddlefest was a blast. It’s cool because it’s the first big event of the season and there are tons of epic rivers within a couple hours drive. Last year, at this time, we hit up OBJ, a classic CO class V creek. This year, the water levels were hard to predict and OBJ wasn’t quite in, so we ran Numbers and Pine Creek and playboated. We even managed to get my youngest siblings in the water surfing and running the town run!

Now, kayaking is cool because, it is so fun, it never feels like I’m training or practicing. It’s just like playing. Dally and I literally were in the water for more than 9 hours every day. Session after session until we were so tired, we could barely roll. 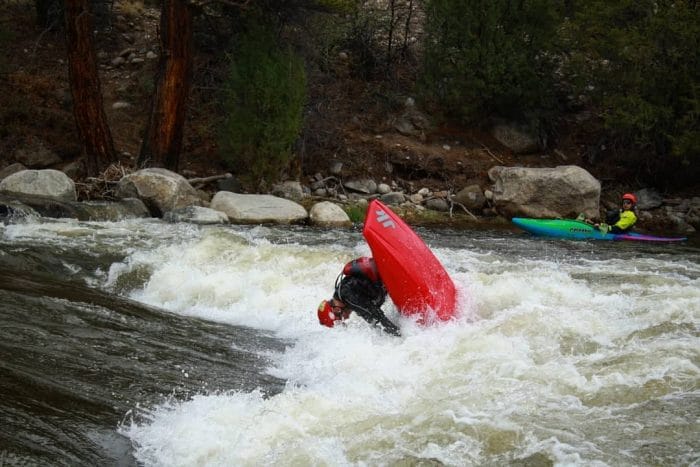 It payed off because during prelims we both had great rides that put us 1st and 2nd going into finals. I was not able to pull off a big enough ride to beat my PR but was stoked to be in front of Dally… now I just need to hold my ground.

I’m always pumped for finals. I was so ready to break my personal record. I remember being in the eddy watching the other junior men throwing down. Especially Dally!! It definitely made me a little nervous. I dropped in for my first ride and did pretty well with an 800+ ride, but this put me in second, behind Dally. Definitely not where I wanted to be. I took a breather and pumped my self up as I got the thumbs up from the head judge, for my second ride. I dropped in starting with a wing over, and just threw down!! I forgot about everything else and just did my best. Then bam!! I did it with a 1243.33 putting me in 1st place! I was so stoked mainly because I beat my PR, by a lot!! 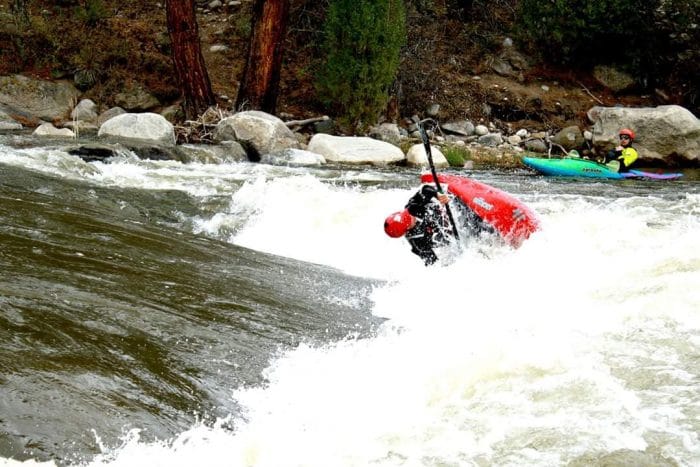 Dally came in an easy 2nd right behind me and he was good with his rides. He wanted to beat his prelim ride of 1000+ points.

Everyone always asks us if we are uber competitive with each other. We are, but we coach each other and it’s more of a game to see who can beat whom at each event. I’m happy when I beat Dally and he is, likewise, happy when he beats me, but mostly we just want to see each other do well. 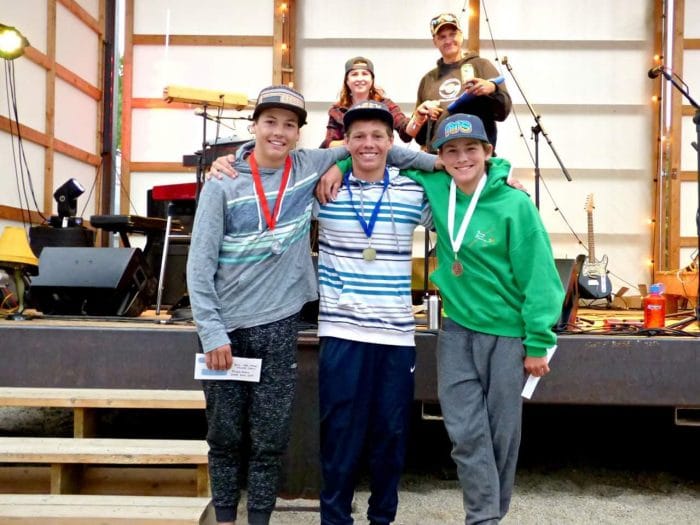 After the freestyle events it was the Numbers race!! A race starting at #1 and ending at #5. Its a 3 mile long race. I only own a small Zen but luckily a nice friend and fellow JK boater, Hunter Vincent, lent his md Nirvana to me. I was stoked because it was the first time I have ever paddled the boat (BTW it is amazing!! I ordered one right after the race!!)

I was at the starting point, 3… 2… 1… GO!! I took off paddling super hard. I was coming up on #3 and caught myself stuck between 4 rafts. Totally uncool. But I refused to get trapped and I was not stopping. Somehow I managed to squeeze my way past them. After #4 I was exhausted but kept pushing hard. The Nirvana was just skipping over everything making it really easy to keep my speed!! I finished hard putting myself in 9th place. If there was a junior class I would have ended up 2nd, Dally in 3rd. 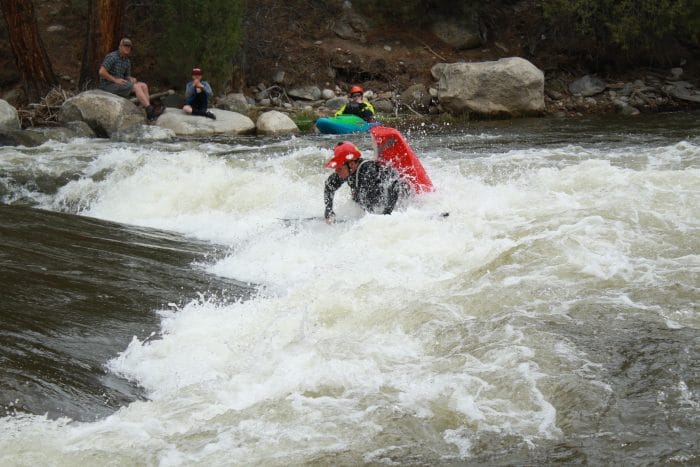 My younger brother and sister are starting to really love racing rivers and Cardy crushed it on the Numbers Race, after only having run it one other time!