A Quick Trip to Catch Some Guadalupe Bass 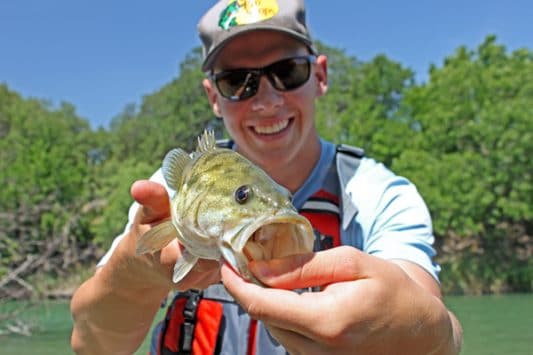 The weekends are a great time for me to spend some time outside. Fishing is one of the many activities I like to do in my free time so if there is a weekend with good weather, there’s a good chance I will be out on the water. 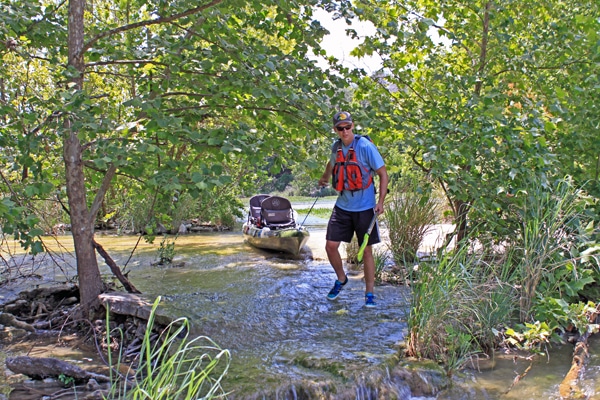 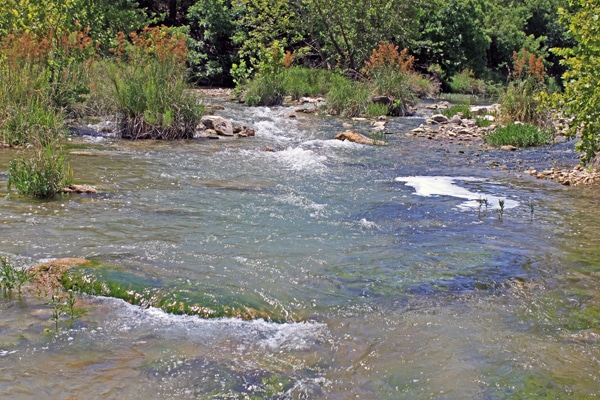 I got on the water quite a bit later than I usually do, which is never a great thing. The weather also wasn’t very favorable either – strong winds and clear skies. It was also very hot which isn’t necessarily a bad thing, but can be harsh to be in for a long amount of time. The water was pretty clear and clean with a average amount of flow going through the South Llano River. 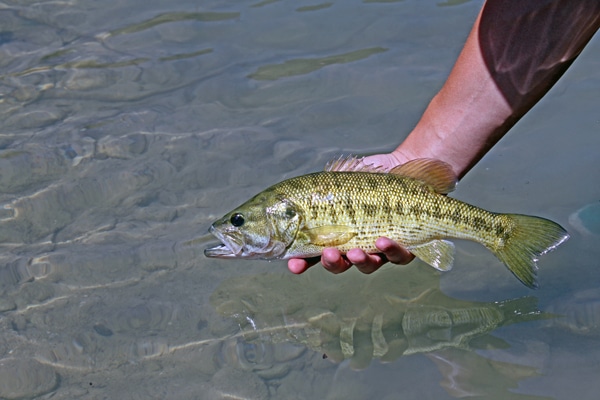 I started off fishing with a Rage Tail Space Monkey that was Texas Rigged…just without the weight. I chose to do this after a successful trip to the Devils River that encompasses similar water to the South Llano River.

It took a while, but I soon caught a really nice sized Guadalupe Bass in a section of the river that was more narrow then normal, resulting in a little bit faster current in this section. These are prime Guadalupe Bass areas, as they prefer moving water over slow water. When I initially hooked the Guadalupe Bass from my Jackson Kayak Big Tuna I thought I was on a big Largemouth Bass. This rascal was fighting extremely hard and I couldn’t quite figure out just how big it was. I soon caught a glimpse of the fish from the clear water of the South Llano River and saw I had hooked a good size Guadalupe Bass. 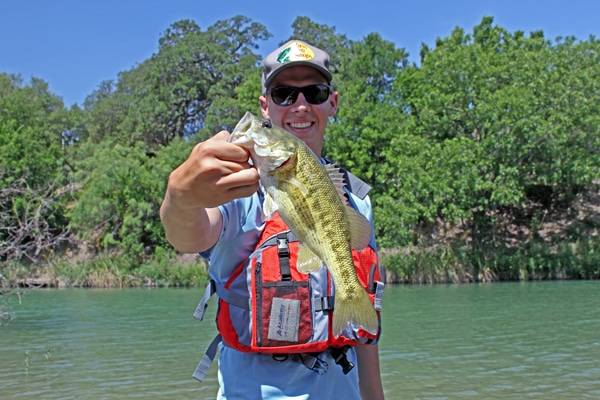 When I got this Guadalupe Bass to my Big Tuna, I was really surprised on just how colorful this fish was and how hard it fought. I love catching Guadalupe Bass because of how hard they fight, and this guy was no exception.

After I released this fish I didn’t really need to catch anything else because I was so happy with this one catch.
I moved further upstream the Devils River and had a long stretch of time before hooking into some other fish, including a few nice bass but nothing too substantial. The day was pretty slow, but the time was filled with the great South Llano River.

Sometimes quick trips can result in an abundance of fish and other times not so much. Although I didn’t catch many fish on this trip, I caught one really nice Guadalupe Bass on a not so favorable day for fishing. I couldn’t ask for a better time out on the water enjoying all the cool scenery God has provided us.