For the past few years the tournament kayak fishing scene has been very lacking within the state of New York compared to other states around our region. With such a short, unpredictable season here in NY, it has always been our theory that people just weren’t that ready to commit to the schedule, even if the Glitter Boat trials in our area had no problem filling up, kayak fishing tournaments were just never that “exciting”. Until now that is.
Last year was the first year that I took over for the newly formed NYKBF (New York Kayak Bass Fishing) tournament series. NYKBF was a tournament series that was averaging about 10-15 competitors an event throughout the state, with no real hint of growing. It was clear we needed a new fresh plan of attack.
We looked at 2018 as a fresh start with a new logo as well as a new out-looks, NYKBF was going to be the fishing series for, EVERYONE. We started marketing out series schedule in early December of 2017. We brought on some amazing sponsors for the season such as Orion Coolers and Bending Branches paddles, names that really would attract attention in our area for sure. We held seminars and demos at local shops and big box stores throughout the winter to get people itching for the spring as soon as possible. As well as a brand new revamped website www.NYKBF.com
Because of all this hard work in the off season and some amazing group members, we have already increased all of our events in the beginning of the season from 10-15 people to 35-40 competitors at each live event! This is amazing growth for just one year here in New York. People have been traveling from all over the state as well as neighboring states to fish our events as well; as the word has gotten out that our tournaments are an informal “party” on the water! 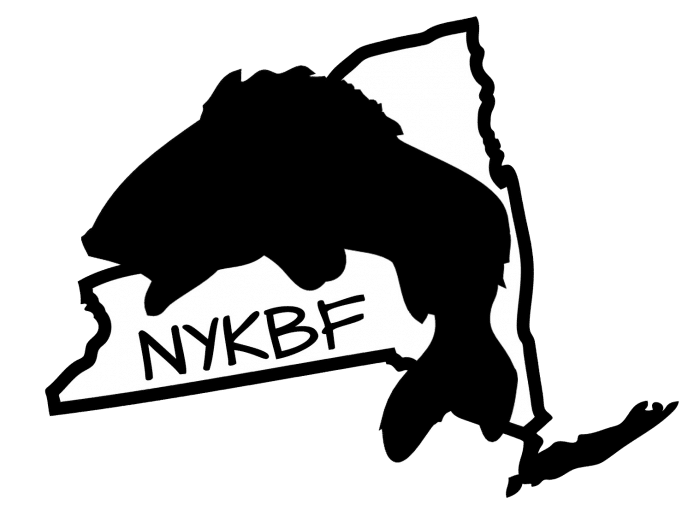 Partnering with local waterfront restaurants for the afternoon awards has been a huge hit as well, making it more than just a fishing tournament, it’s a chance to meet people in the area and talk fishing… as we all know from social media, everyone in our circles LOVE to talk about fishing! With our next even in a large bay off of Lake Ontario, I am very excited to see the crowd this one brings in!

So check out your local trail, and get involved with some great likeminded people!