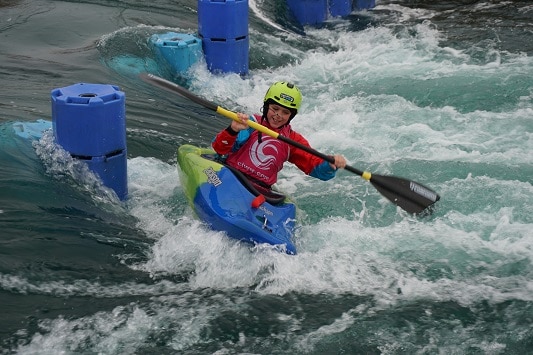 I have had a shooting star for over 4 years, but it is starting to feel a bit small. Recently I received my XS Rockstar and it is amazing. I have got a lot more legroom than I did my shooting star and It is really comfy. I first used it at my local white water centre, Cardiff International White Water Centre. I then tried it at Nottingham on a week training course with Dennis Newton. I used my shooting star and my XS Rockstar during the week to both improve and learn new tricks and to get used to my new kayak. Mostly I was in the inlet feature which is one of my favourite freestyle features and is brilliant to practice in. 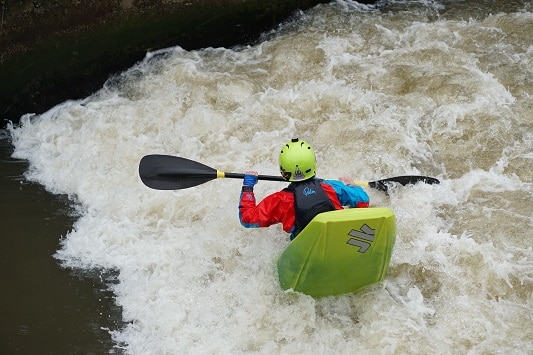 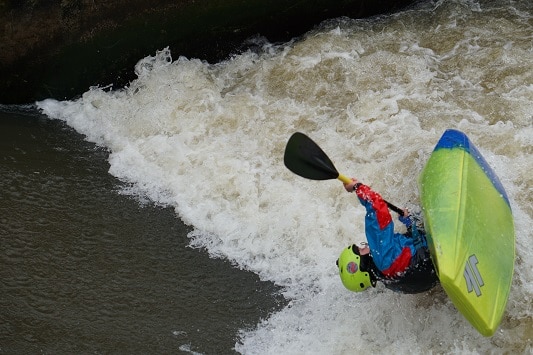 I had a play around in the XS Rockstar lots and many of the tricks I tried were much easier but because it is a bigger boat I found it s bit harder to control at first. 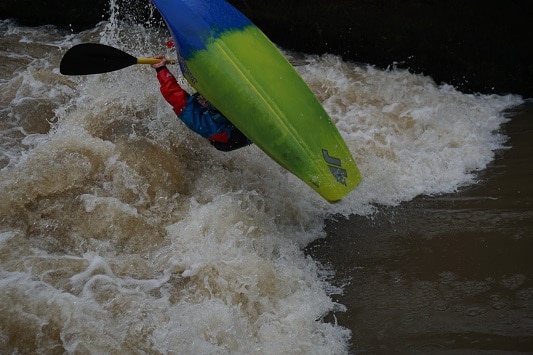 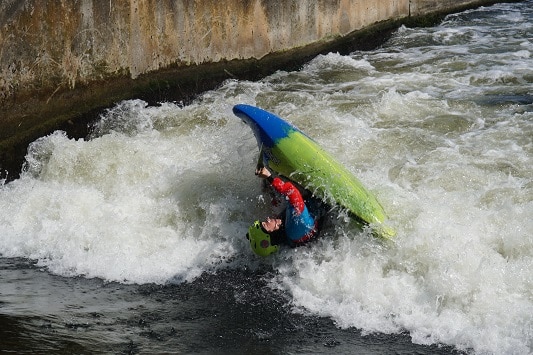 Cartwheels were easier in the feature, but harder in the flat as I am at the bottom of the XS Rockstar weight range. I found the McNasty and split wheel harder, but I am sure with practice and maybe a bit more growing they will be easier. 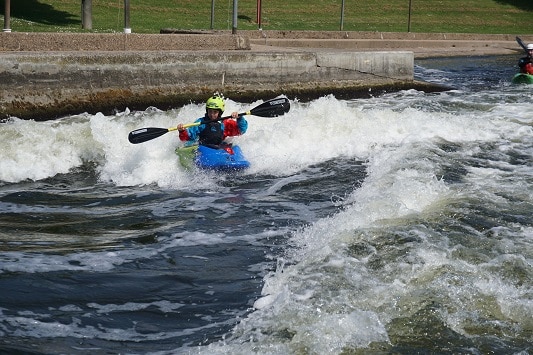 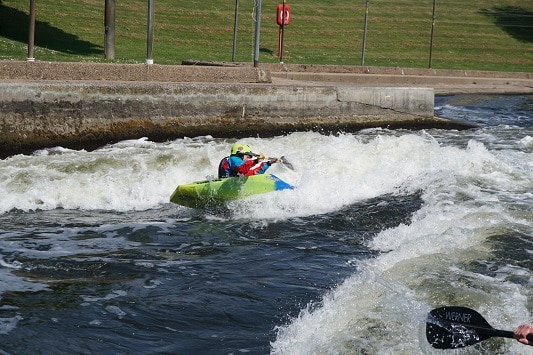 Looping was amazing – I tried it in the inlet feature at Nottingham. As soon as I entered the feet urge I knew that the XS Rockstar would be amazing in it, I plugged forward for the loop and it was huge. It was bigger than any air I have ever had in my shooting star.

Overall I think that the XS Rockstar is an amazing boat as it fills in that gap between the Shooting Star and the small Rockstar. I love the amount of air you get in it compared to the shooting star and I am looking forward to using in the future.