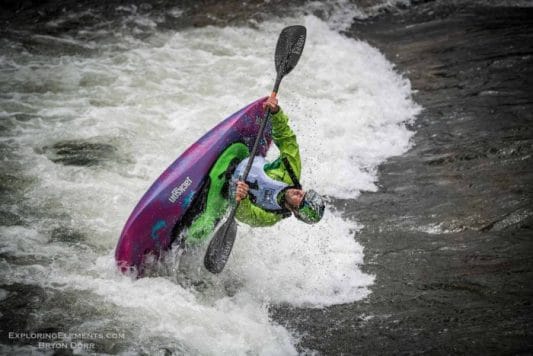 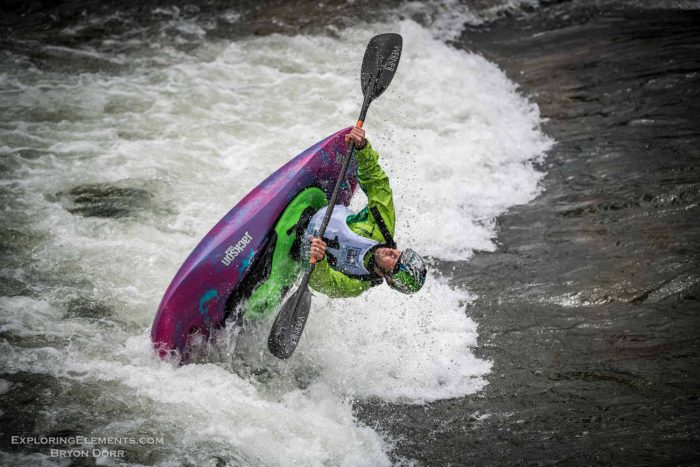 This past weekend was the annual Reno River Festival. I have been coming here to Reno for many years due to it’s downtown location, great river features, huge festival, as well as the fact that we have many amazing friends who live locally. The River Fest is always sure to be a good time, and this year was no exception. 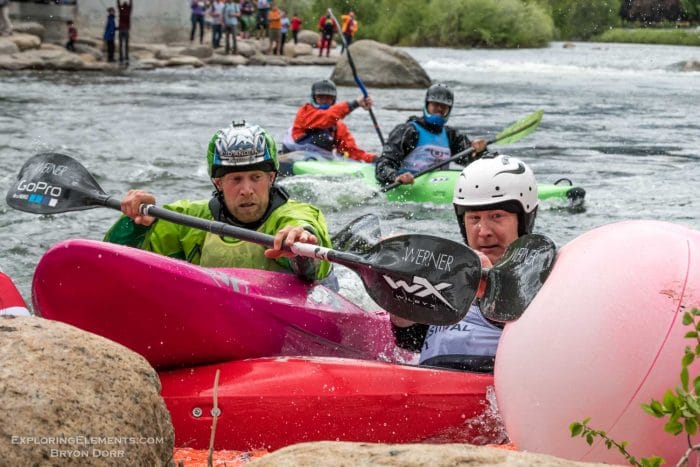 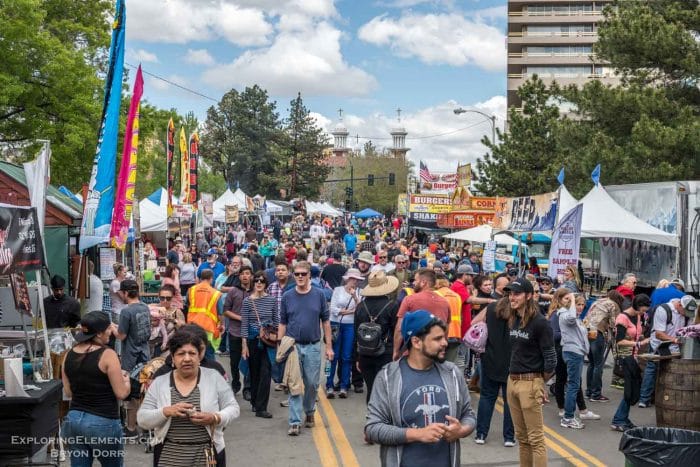 The weekend long event started Saturday morning with some yoga in the park followed by our Freestyle Prelims. We all through down and kicked off the weekend with a couple bog tricks and high scores. After the Juniors, and both Pro Men and Women finished up Preliminary rounds we launched the new event, SUP Surf. This was a great addition to the River Festival as it continues to bring more people, spectators and athletes to the river banks. The SUP Surf was judged similarly to how surfing is scored, with a 1-10 system. We saw many great rides, tricks and individual styles, though after the dust settled I was able to take home the top honors for SUP Surf. The day continued on with several different bands, mixing up a plethora of genres from old school rock, to pop, country and R&B. The evening rolled in with some scattered showers, though as always the show must go on, and we rolled into our Semi Finals Rounds, with even more high flying tricks. 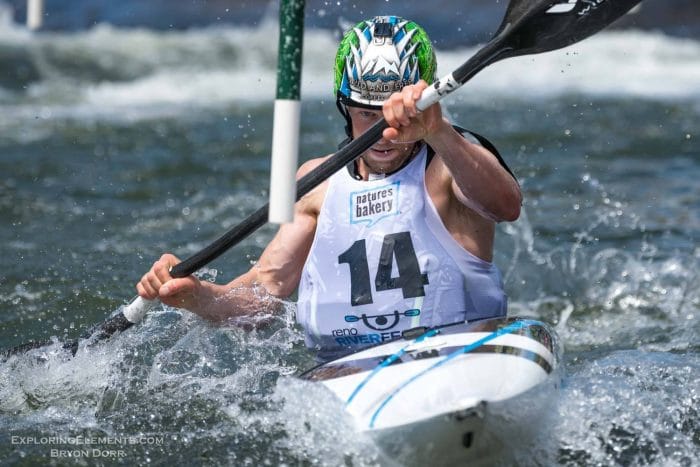 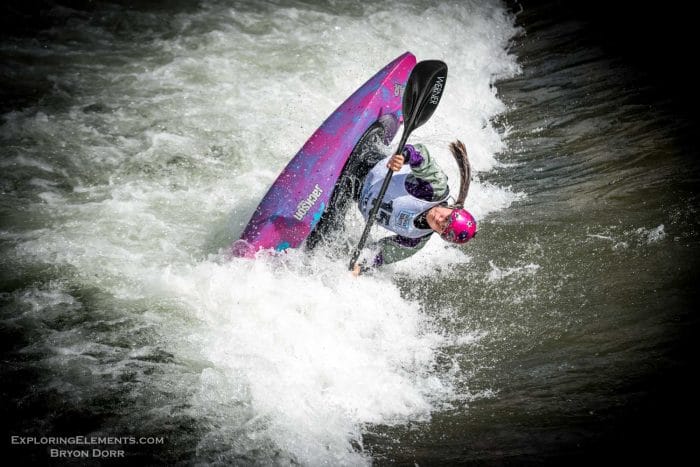 Sunday was Mother’s Day, and the crowds formed around the river. The sun was shining down on the early morning racers as the day was kicked off with Slalom races, both in kayak and SUP. There were a couple fast paddlers, and Emily and I were both able to secure Silver medals. Though the real treat was watching young Sage Donnelly take her recent slalom training and crush the course with some fluid style and raw power. Next was the fan favorite Boater-X. This year there was also the addition of SUP-X, which I was also narrowly able to take, as we battled to the finish, and I secured my second Gold medal of the event. Boater-X followed up after SUP-X, with the battle royal style of head to head racing. After 4 separate rounds of racing, I finally made it to the stacked finals against Toby, Colin Kemp, and Pete DeLosa. I was able to take the lead off the start and hold my position as the rest of the crew fought for there podium places. I racked up my third Gold of the event with my Boater-X finish. Though the real heat was about to come in the freestyle finals. The day turned to afternoon, as the crowds grew. Everyone was having a blast, including my kids, as Tucker and Ruby (Ruth Gordon’s daughter) rode all the rides, ate ice-cream and got there faces painted. Though the rides were tempting, I was focused on the river. I watched as the Pro Women’s battled for their own podium finishes. Emily and Sage ended up tying with the high score of 830. Emily was able to break the tie on her last run, and take home another Reno Gold in Freestyle, as she has done many years before. Our mens finals had some huge tricks, and great rides, as local phenom Scott Sady though some massive airs to secure a bronze. Which left myself and Seth (who was in a C-1) to fight it out for first place. I though down, some combos, and trophy moves, though in the end Seth edged me out with his personal best ride, including an epic tricky woo on the buzzer. 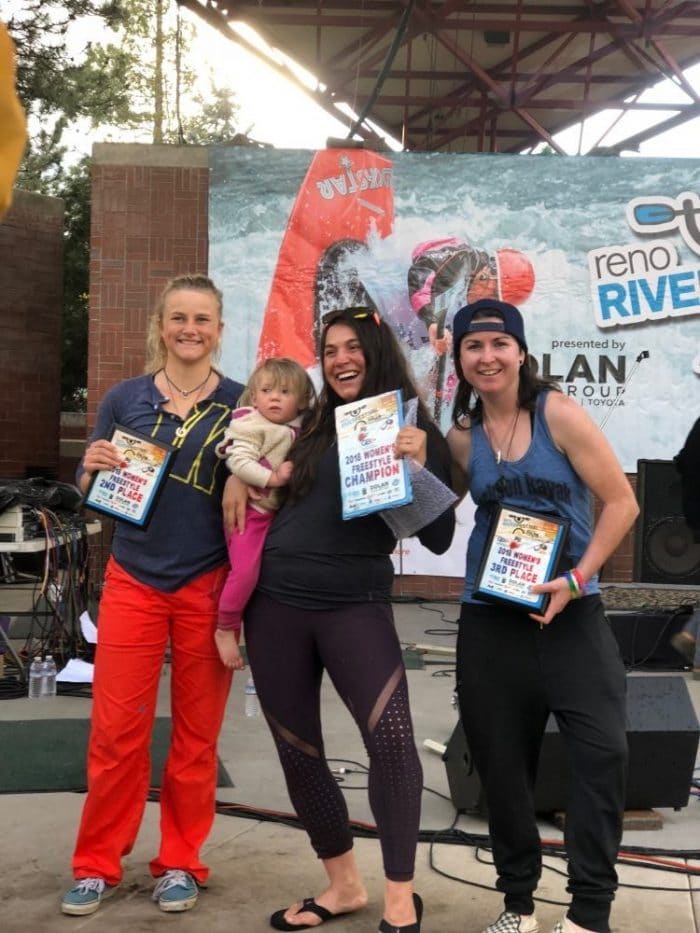 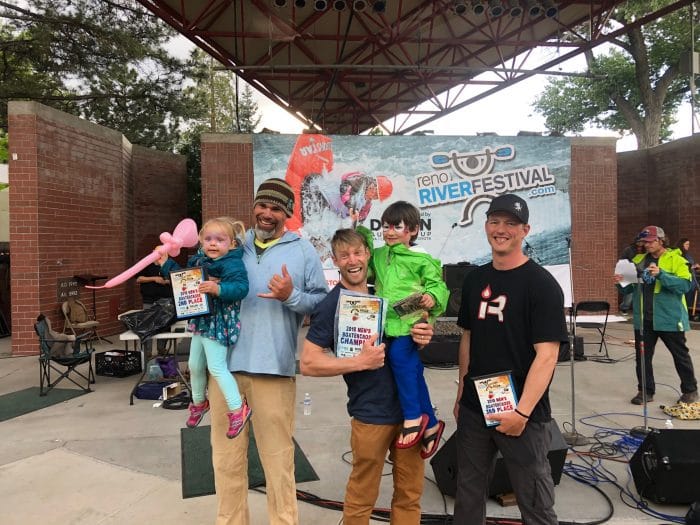 In the end it was a terrific weekend, and Emily and myself were able to take home quite to bundle of trophies. We continued to celebrated the joys of Mother’s Day, as I took Emily out to a date-night, along the rivers edge. We ate great food, enjoyed a delicious glass of wine, and realized how lucky we are. It was the perfect finally to our superb weekend.