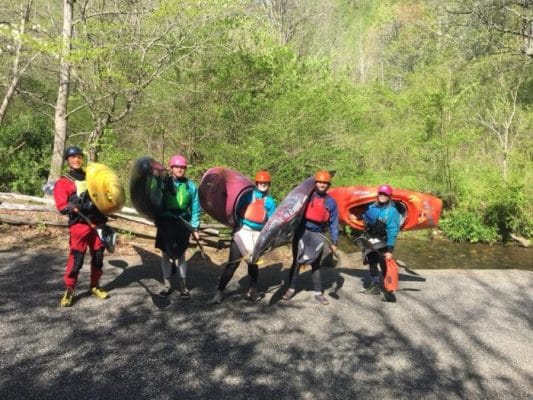 I’ve heard rumors of times long, long ago when there were competitions between the southeastern collegiate kayaking clubs… Times when college clubs would travel around on a “tour” between schools’ home runs for races and freestyle competitions. Today, the southeastern collegiate clubs rarely see each other outside release weekends or kayaking festivals. 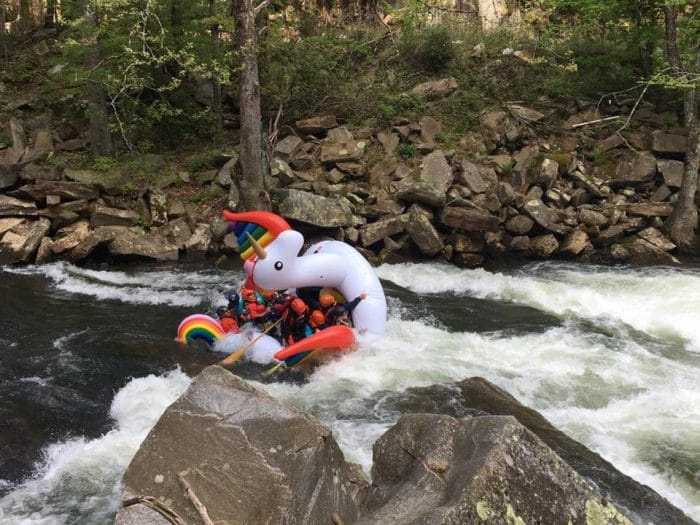 My biggest goal as president of Clemson’s whitewater club was to rebuild these connections with an event specifically for collegiate paddlers. I wanted students to make new friends at other schools and start building their paddling networks. Then they might get to adventure to new areas/rivers and grow in their skills together. After all, kayaking is all about friends right? 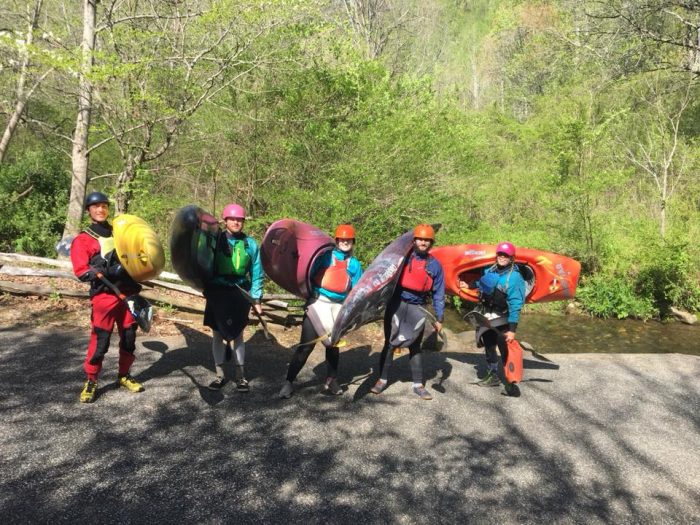 With help from a few other schools, the dream event became a reality. We voted on April 28th for the date and “Beaters’ Boating Banger” for the name. Logistics were a bit of a mess and included a last minute change of location from the Chattooga to NOC. We didn’t have a fully developed plan other than to paddle the river together and invite everyone we knew to camp. Brevard, UNCA, App State, and Clemson all had representatives on the water Saturday. We took a group of about 20 down the lower Nantahala- many for their first time! Throughout the successes and swims everyone smiled, laughed, and encouraged each other to try new things. Even though everyone did not run the falls in a kayak, EVERYONE fit onto a massive, inflatable unicorn to ride down the falls. This might be the most hysterical falls run I’ve ever seen. 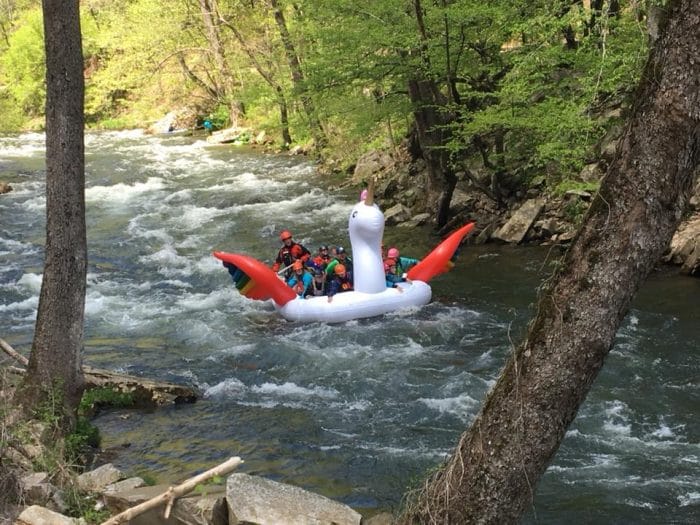 UGA, Tri-County Tech, Western Carolina, and Georgia Tech friends all joined for camping, bringing the grand total of colleges in attendance to 8!! We had a great night of the usual shenanigans and woke up in time for breakfast and more kayaking ☺ Sunday while others went back to school to prepare for exams, we took a smaller group down the Upper Nantahala for their first times. I’m absolutely thrilled with the overall turnout for this event. I cannot thank everyone enough for showing up and adding to the stoke levels! 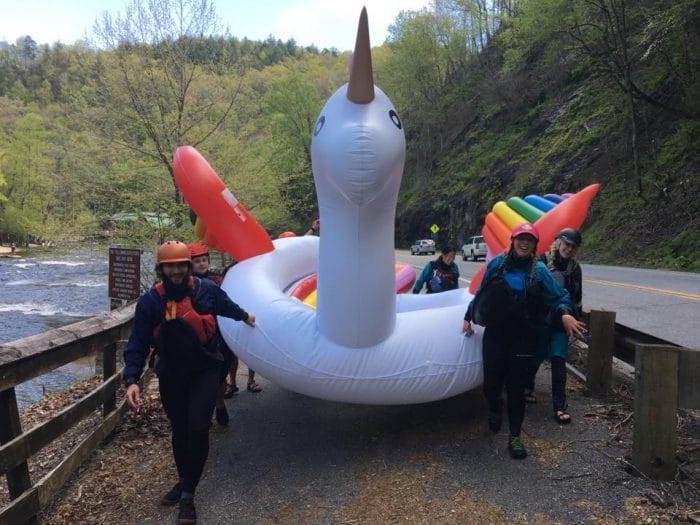 Since I won’t be at Clemson next year to help organize, I’ll add a list of potential improvements/goals here just in case… *wink wink *nudge nudge to the new club councils…
• DO THE EVENT AGAIN
• Take a real group photo
• Have 10 schools in attendance
• Make a better-defined plan further ahead of time
• Organize a competition so one school can declare superiority over the rest
• Make t-shirts