How to Clean Blunt (The Classy Edition) 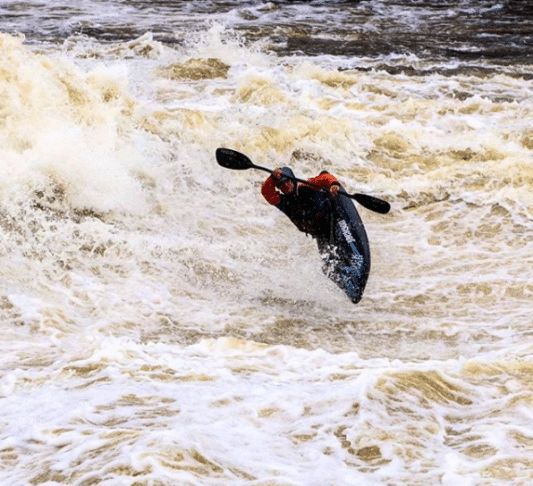 Tuxedos. The Queen of England. Very small forks. Clean blunts. What do they all have in common? Class.  Here we’re going to cover not only just how to do one of the most stylish tricks in a wave boaters arsenal, but how to do it in such a way they it practically oozes with refinement. While a technically difficult trick, once you get the hang of it it’s an easy motion you can do just about anywhere with little effort and maximum style.

The clean blunt may be the only wave trick that is actually harder to do the more air you have. This is due to the fact that many people rely on the force of the water for the  landing, as it pushes the boat back flat- the longer it takes for you to touch the water, the longer there is for something to go wrong. I’d recommend starting off on smaller waves, and on bigger waves I often aim to be throwing off of smaller passes than other tricks, and not coming down the wave too aggressively. You’re a ballerina lightly spinning on toepoint, not a MMA fighter. MMA fighters aren’t classy. Other than this, your setup should be much like a normal blunt- counter edging and angling on the bounce, throwing high up on the wave, the usual.

This is the key point in a clean blunt- here’s where you go for gold. As soon as you’ve hit your pass, I push my upstream paddle blade out in the direction I want to be going, and twist my body in the same direction. Ideally, I like to have my paddle pointed about 20 degrees past upstream. Less than than, and your body may stop the rotation of the boat. Your body should  stay in a neutral  position. This point in the trick is a prime point for class- lift those fingers high and dry off the paddle. The more the better.  Count how many fingers you have off on your fingers. That might trick you into taking more off. 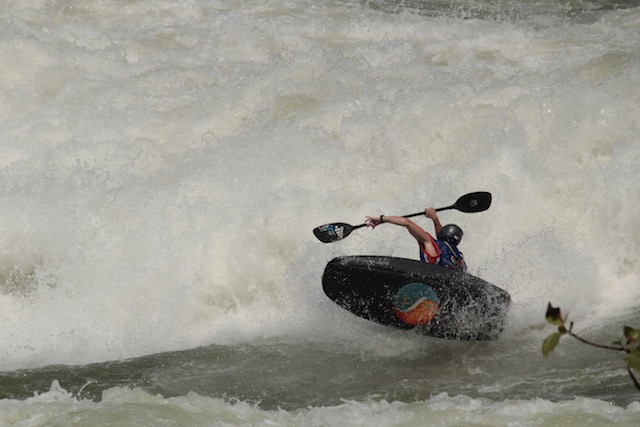 At this point, you’re simply trying to carry the flow of energy through the trick. I like to stand up high, bringing my toes under me to make the boat vertical. This is much easier if you’ve started high up on the wave. Keep spotting upstream if you can. Maximum class- elbows   high and clean, float it up. Keep those pinkies up too. Putting your pinkies down in the middle of a sip of tea isn’t classy, so neither is putting them down mid trick. 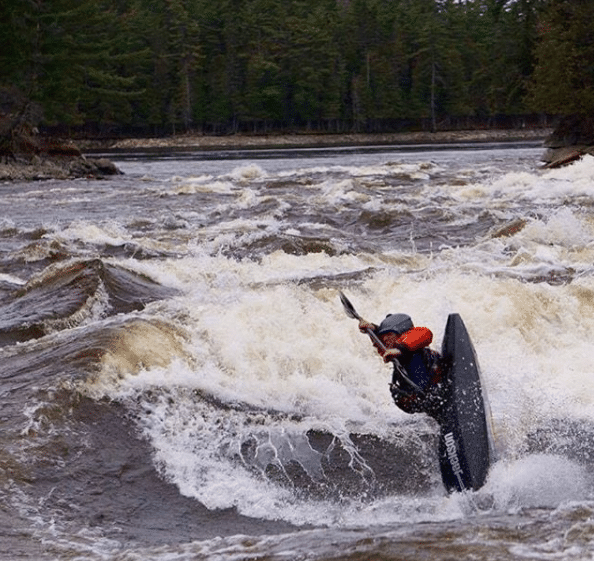 Maybe the hardest part of the trick to master, this is all about keeping your core tight and body placement. As the boat rotates to vertical, I start pulling my upstream elbow back towards my downstream knee, to square up the stern to the wave and start flattening out the boat. You should be gently crunching in here- staying on the back deck often means no core engagement, and an edge catch and crash. Following through with a recovery stroke from the upstream blade can help as well. A key here is to really spot the landing to time it right- without that landing in control can be trick and result in a back plug or a crash- neither of which have any sort of class.

This trick can be a really tricky one to figure out, but once you get it it can be one of your most consistent and easy tricks to bring out on waves both big and small. I know it’s one of my personal favorites, and I hope it grows to be one of yours, too!