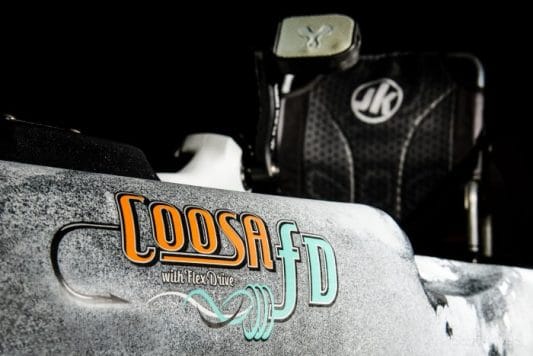 I recently took delivery on my new Coosa FD, and as soon as I got the wrapping off and checked out the Arctic color, I had this shoot in mind, which I wanted to get accomplished before I got the kayak nice and dirty and scratched up. As a photographer by trade, I always have a vague list of projects floating around in the back of my head, but this one I made a priority, as I really wanted to work on this dramatic lighting style, and I had a limited window to get it accomplished before I made too many trips in the kayak and got it banged up. This is a sweet looking kayak, and has a cool, almost menacing vibe to it, which I wanted to highlight. In essence, this style of lighting is accomplished by completely eliminating the natural ambient light, and using only the light put out by some very tightly controlled flashes. In this case, this was accomplished very simply, by shooting at night in my backyard. The kayak was sitting up on a pair of sawhorses, and I enlisted my father (muah ha ha, little did he know what was in store for him) to hold the kayak straight. Since it was night, I was able to eliminate ambient light as a source of light in the photo, and I used three lights with tightly controlled patterns to illuminate just the kayak, and not the ground or background. It was a fun photo project do do, giving me valuable insight into shooting in this style, and I’m glad I got it done before I started really beating this beautiful watercraft up. Just a few days later, it was out on the water getting punished by 20mph winds, fish slime, mud, and saltwater! 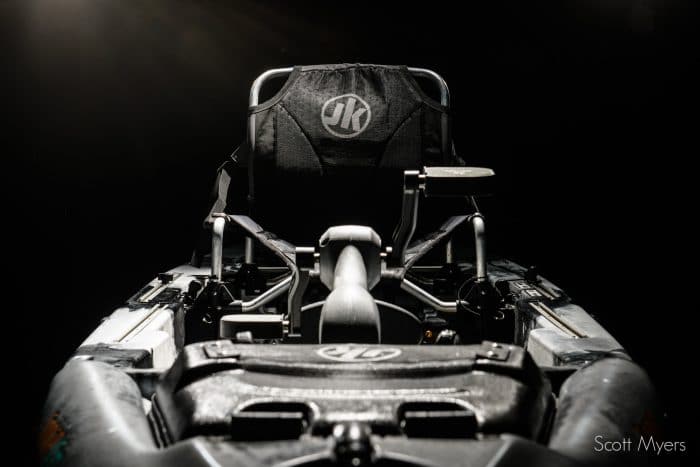 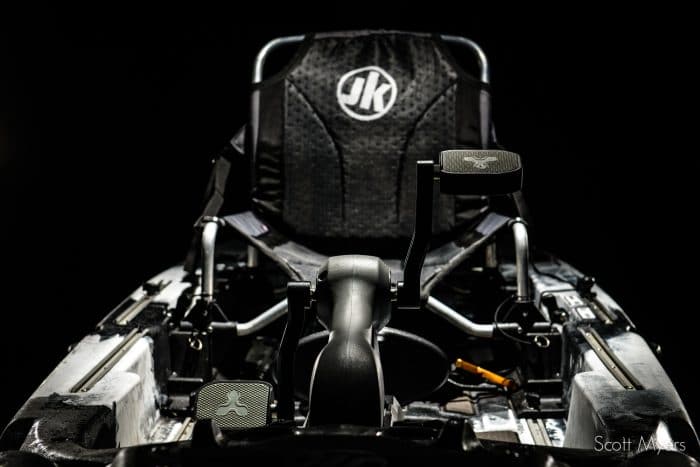 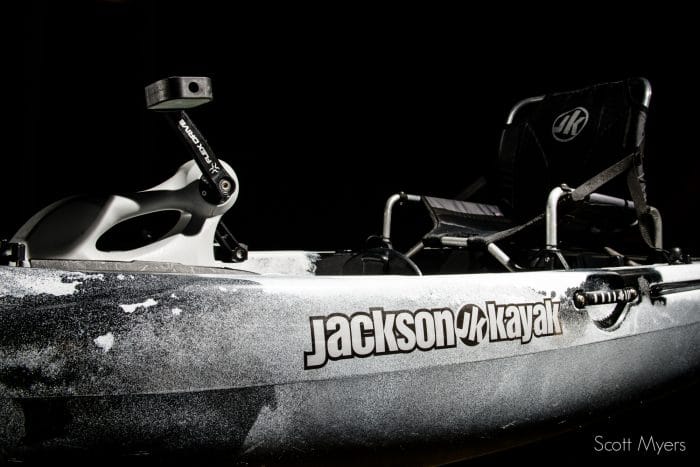 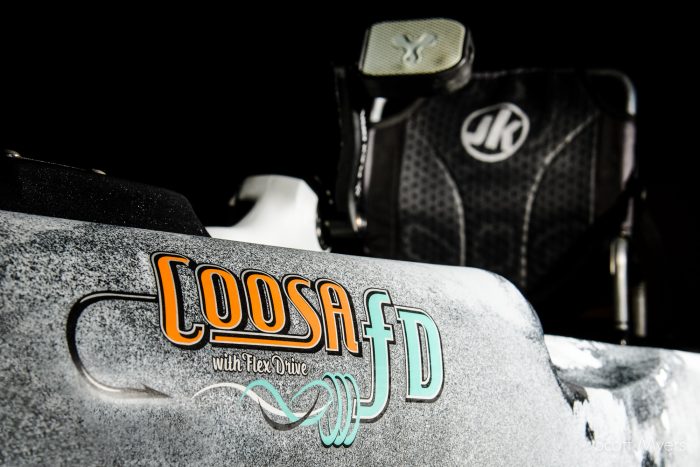 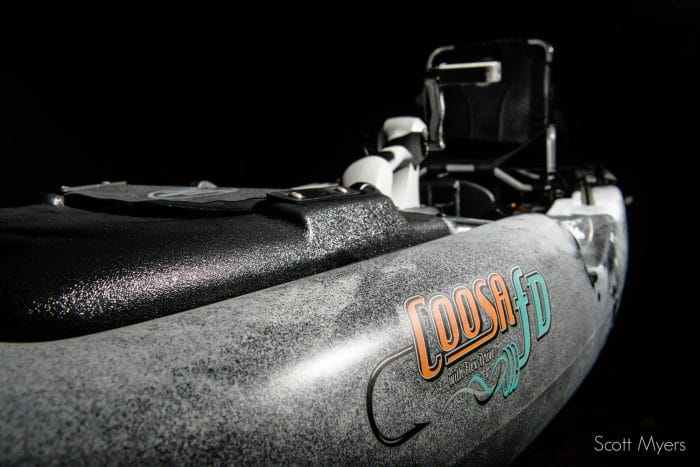