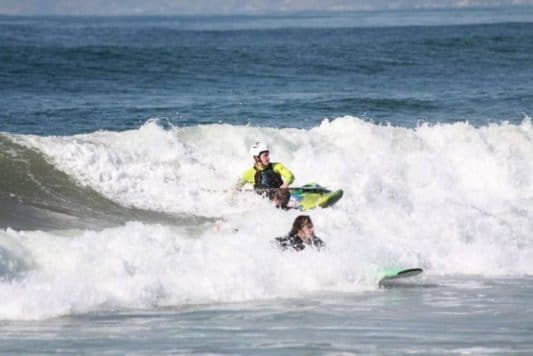 There aren’t many rivers in Southern California, but there is the Pacific Ocean. I recently moved here to teach outdoor education in the San Bernadino National Forest. During the weekends I make trips to the Kern and farther to the rivers near Sacramento. This takes a lot of driving and the ocean is much closer. To get my fix, keep up my paddling skills, learn tricks, and have fun I make it out to the ocean to play in the waves every weekend I am not traveling to a river. 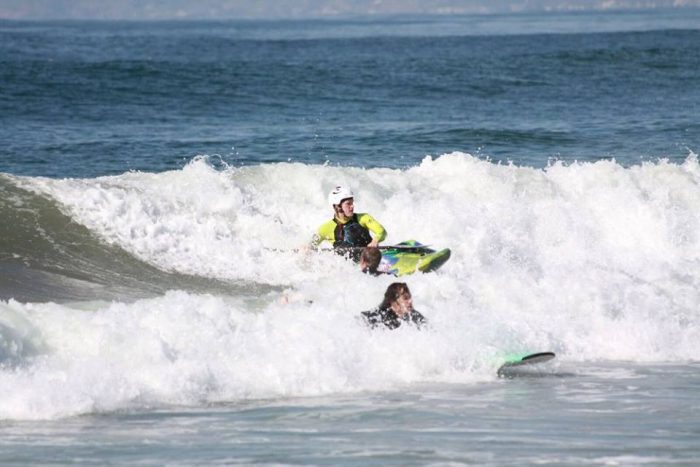 Southern California surf is so much fun and my favorite boat to take out is the Jackson Rockstar. I frequent spots such as Huntington’s Beach, Salt Creek, and Trestles. Like a river that can fluctuate in flow, the ocean fluctuates in wave height. I have seen smaller days with wave heights from 3-4 feet and days with double overhead waves that are intimidating to paddle into. I have never had a bad time kayak surfing in the ocean even if the waves are not that big because the waves provide perfect flat spin and cartwheel opportunities. In the flat water between sets I work on cartwheels, stern stalls, and front loops. The Rockstar allows me to do plenty of tricks and is so much fun to carve down the face of a wave before it crashes. Surfing my kayak in the ocean has allowed me to keep on learning as a kayaker and enter a world of whitewater kayaking that not to many paddlers experience. 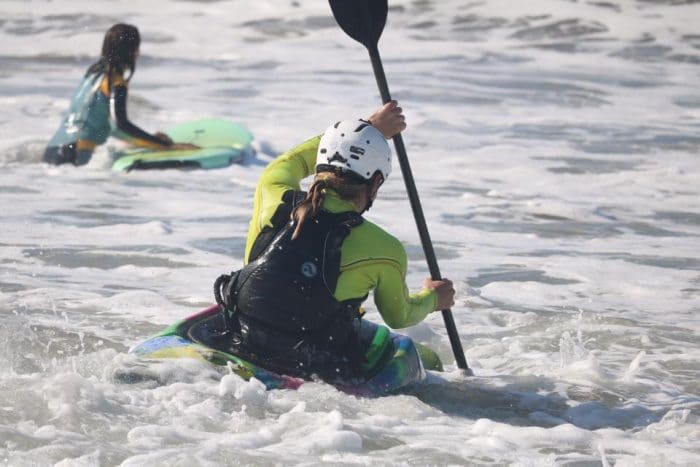 Sometimes kayak surfing in a closed boat can be scary because you can’t bail and this can lead to some intense moments. In October of last year I remember a particularly big day that had me nervous as I entered the water. The waves were at least 10-12 ft high and I knew that paddling into them would be challenging. The most difficult aspect of kayak surfing for me is breaking through all of the whitewash as waves crash over and over again. Once I make it past the break then its about picking the right wave. On this day I was a little scared to attempt some of the waves because they were huge. I caught a few smaller ones before I gained the courage to take on a bigger one and they were a blast. One of the first big ones I tried was really interesting because I was in the wrong place meaning that if I paddled toward shore I might be hit on the head by the wave and I didn’t have time to paddle over the crest. This meant that I was picked up with no speed and flung into the air which was scary. The whitewash would smash me around for a bit and then let me go which helped me realize that even the nastiest of falls would leave me unscathed, erupting with laughter, and wanting more. I had a fantastic day on the water as I caught many rides and got tossed by a few other bigger sets. 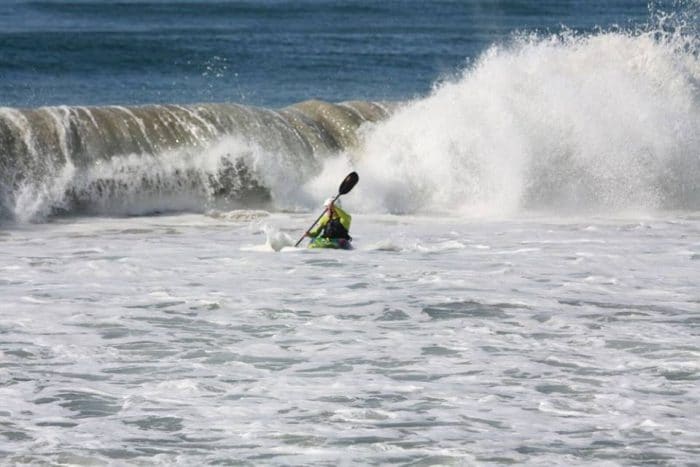 One of my favorite experiences getting tossed by a big wave happened a few weeks later. I was paddling out, smashing into whitewash after whitewash and using boof strokes to propel myself over the angry mess. I eventually got to where the waves were crashing, would wait for them to crash, boof over the whitewash, and try and make a calculated dash over the green wave before it to collapsed on itself. I miscalculated on one of my attempts past the break and had to quickly turn around so I wasn’t flipped over backwards. I could hear and feel the thunder of the wave crash only a few feet behind me. It it me so hard and with such upward momentum that I was thrown into the fastest front loop of my life where I didn’t even have to distribute my weight even slightly before I was sitting in exactly the same position I was in before the wave hit. It happened so fast that I didn’t even believe it until I had went over the memory in my head. It surprised me a lot and I really wish I could experience that again. The next trick is to learn how to do front loops on the waves intentionally. 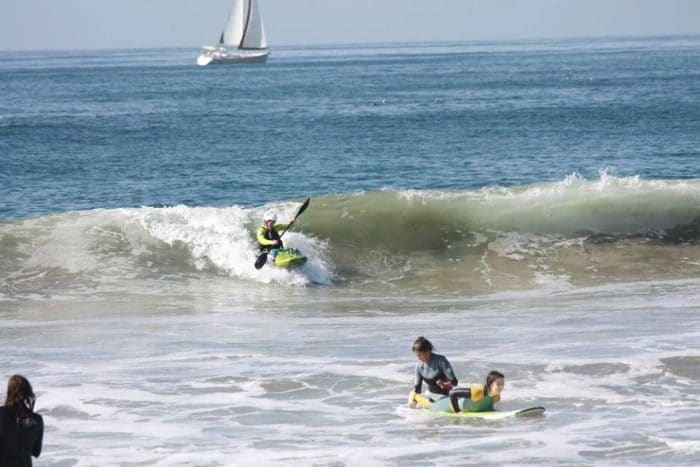 Getting tossed by big waves is fun and exciting, but it is the waves that I have nailed and surfed on that have been the most fun. There is nothing like carving down a wave before it crashes much like a glassy wave on a river. I can feel the gain in speed as my kayak is picked up into the air and forced down the face. Even when the waves crashes its really fun to learn how to spin on the face over and over again, throw cartwheels in the whitewash, and peel off for another go. I can spend hours and hours on the water in a very safe environment if I am on a beach with no rocks as I won’t hit my head, and will be pushed towards shore by the next wave. Knowing how much fun the ocean has to offer allows me to be ok with not being able to get to a river every weekend because my fix is still met. 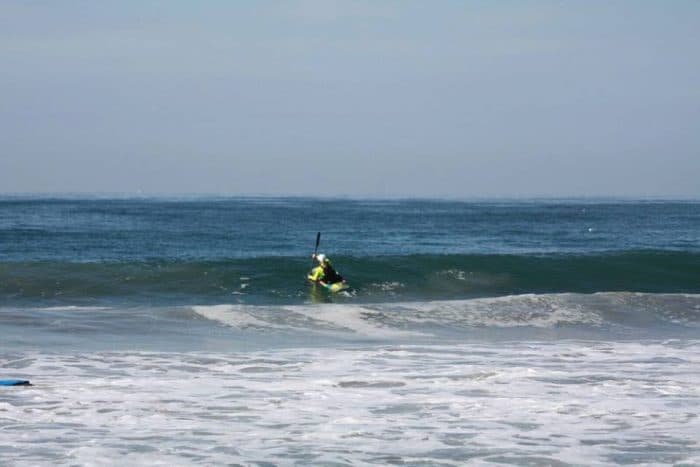 I have learned a lot from kayak surfing and I wish that more paddlers would take to the ocean to experience what it has to offer. 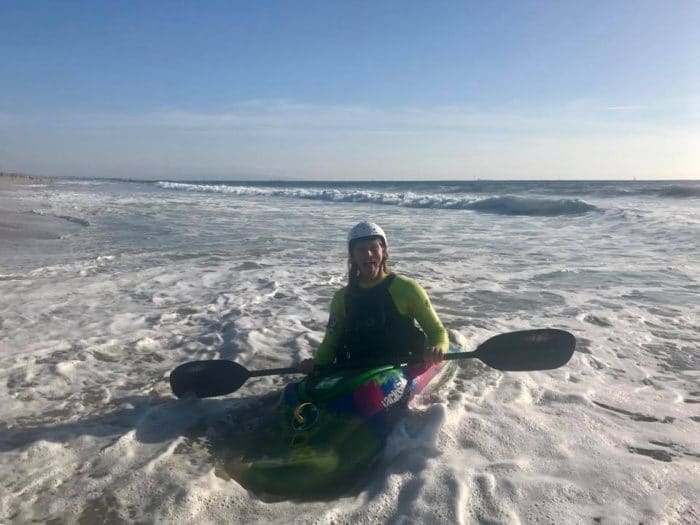 I have learned what waves to charge, how to do tricks on a wave when I have little speed, and to always respect the local surfers. Most people do not see whitewater paddlers surfing so they get confused, as I have had many questions about what my boat is and what I am doing. It is really fun to open peoples eyes to whitewater kayaking and the life that it has to offer. If you can get over the saltwater and sand in every crevice then surf kayaking is tremendously fun. Surfing in So Cal offers awesome whitewater potential, but other perks are the warm weather all year long, incredible sunsets, and proximity to fish tacos and other awesome foods. The beach is such a great place to hang out with friends and when I could do my favorite sport there while eating tacos and watching the sunset that really made this place magical. I am excited to one day see more whitewater kayakers surfing on ocean waves. 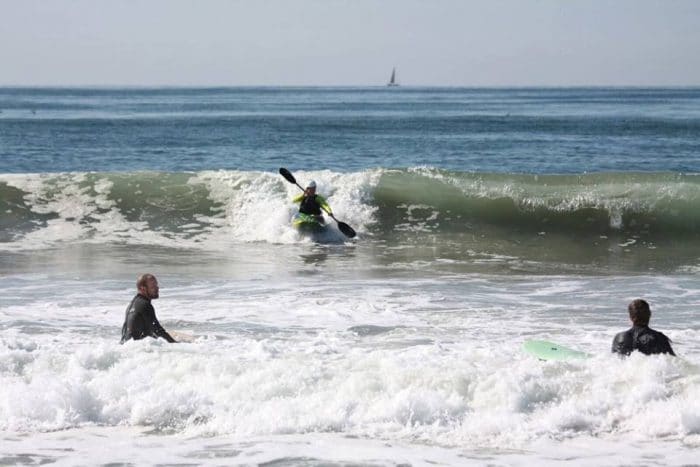