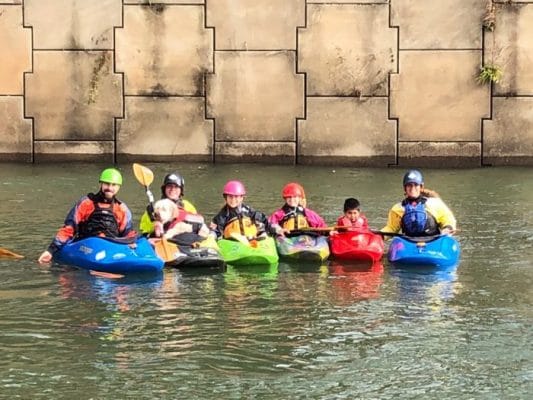 First, I want to begin this entry with a HUGE, THANK YOU to my family, Jackson Kayak, and my paddling family FOR AN OUTSTANDING 2017.
What an epic first competition-year as a freestyle, whitewater kayaker. I’ve spent close to 250+ days paddling whitewater in 2017; through practice sessions, paddling with my family, participating in numerous competitions, and gaining personal first descents down rivers all around the United States. Every day on the water offered me the opportunity to not only work on my goals as a whitewater kayaker, but to spend quality time with my family, meet so many awesome people, and see some really cool places.
At the end of January, is when I feel my kayaking really started to progress from a recreational stand point, to being able to competitively compete. The support of Nathan Madlock and Jackson Kayak, helping me to buy my first Jackson Kayak Rockstar, was the extra boost to get going. From then on, a lot of hard work and countless hours on the water with Tom Dolle and many others, I was ready for my first real competition, Paddle South. The Paddle South event, in Columbus, Georgia, was home of the 2017 USA National Freestyle Kayaking Championships.
I have to say, and I am sure my parents would agree that this was a hometown event of a lifetime. Prelim results had me sitting in first place, going into finals on Saturday against a very talented pool of guys. It still seems surreal, on Saturday, April 16, that I became the 2017 Cadet Men’s USA National Freestyle Kayaking Champion. After the win of USA Nationals, I also was awarded an incredible involvement with Jackson Kayak on their Little Shedders Team. Being a team member of a company that promotes having fun, importance of community, continued education, and produces top-of-the-line boats in the USA is a dream. 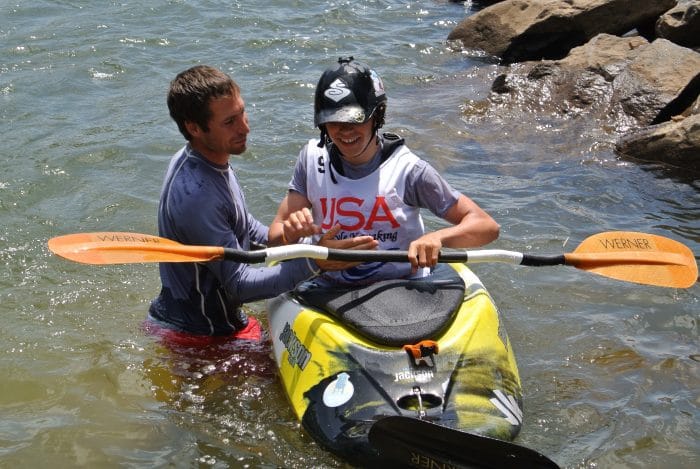 With tears in his eyes, Dad meets me in the eddy, immediately hearing that I won the title Cadet US National Champion. Picture taken by, my also tear-filled mom.

As the competition seasoned continued, I was blessed to travel and compete in multiple competitions and met my goal of increasing my score with each scored event. The full list of events that I was a part of includes: 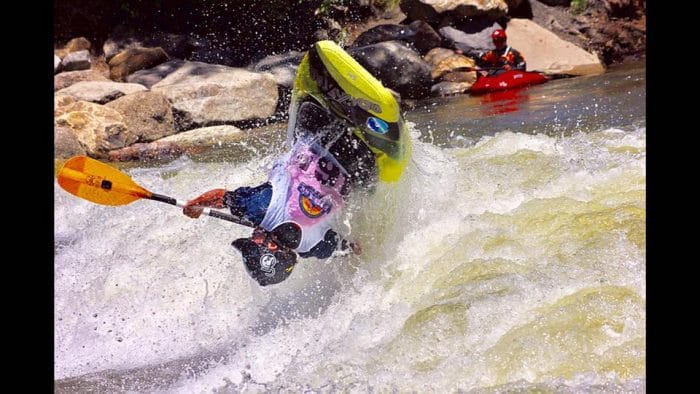 Picture taken during competition in the FIBArk Whitewater Games, held in Salida, Colorado.

During the late summer of 2017, through the Nantahala Racing Club (NRC), I got to experience and learn a different discipline of kayaking, the art of slalom kayaking. After sessions with their coaches, I competed and received seventh place, within the NRC Junior Olympics at the Nantahala Outdoor Center, in North Carolina. Additionally, Maddie Kimmel, an experienced slalom kayaker and I raced in the C2 category and took third place.

To be a well-rounded paddler is everything in the sport of kayaking. With that, I have another goal to not just freestyle kayak each time my paddle blade hits a river, but to push myself to also focus on creek boating and river running. With the help of my family and fellow kayakers (people that I call my paddle family), I was able to run the Chattahoochee River in Columbus, Georgia, Ocoee River in Tennessee, Nantahala River in North Carolina, Tuckaseegee River also in North Carolina, Tallulah River in Georgia.
Excited to share my Personal First Descents down the Cheoah River, Upper Nantahala and the Nantahala Cascades in North Carolina. Both the Upper and Middle Gauley in West Virginia. The Green River Narrows light and the Chattooga River sections 3.5 and 4 in South Carolina. A small portion of the Gunnison River in Gunnison, Colorado. Both the Upper and Lower Taylor River in Crested Butte, Colorado. Portions of the Arkansas River including Pine Creek Rapid, Numbers, Fractions, and Browns Canyon in Colorado. Portions of Colorado River including Shoshone section, Grizzly rapids, and the Glenwood wave in Glenwood Springs, Colorado. 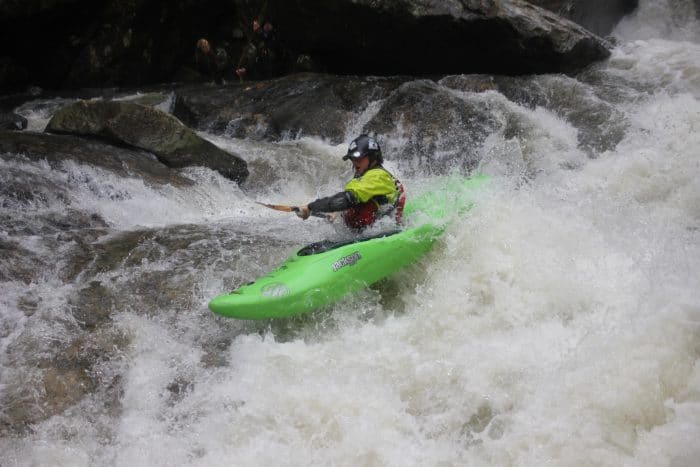 In my Jackson Kayak ZEN, Following Chris Wing down the slides on the Green River Narrows.

Early morning, high-water training sessions on Good Wave and Workout Hole on the Columbus, Georgia Chattahoochee, in addition to paddling around the Waveshaper Island with my family, during the warmer hours of the day, is where you will find me as the New Year Starts. Lots of fun and hard work to be had in getting ready for the 2018 USA National Freestyle Championships, being held again at the Paddle South event, on my home wave in Columbus, Georgia. Already planning for 2018 to be another amazing year for travel and competitions with my family and our numerous friends. Come go kayaking with me and join us as we enjoy another year of hard work and fun. 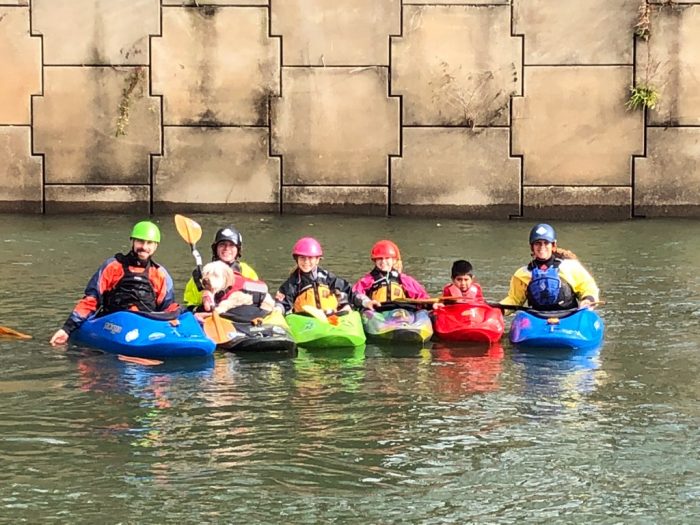 Come kayaking with our entire family . . . I am sure it will be a great adventure! @HargroveAdventures