Why do You compete?

Earlier this year I was put in a situation to make a serious decision about competition and what drives me to compete. It was April, the Truckee River was running high, the Reno River Festival was right around the corner, and all my paddling friends were starting to show up to get ready for the festival.  As much as I would love to say I was one of those amazing pregnant ladies able to paddle right up until the day I gave birth, towards the end I physically couldn’t roll, so come April I had a 2 month old at home and hadn’t been in my boat in a little while. 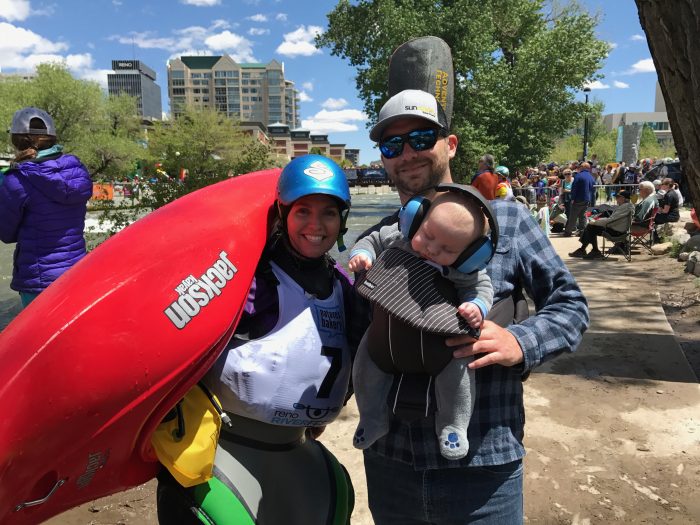 So. . . What do I do? I have competed in the Reno River Festival every year for the past 7 years and the thought of missing one made me sad. The water was higher than it has ever been, so instead of a nice hole, the competition spot was a flushy wave. And I’m not that great on a wave. I hadn’t been in my playboat more than once, and I was still about 20 pounds too heavy to be in my Star. I wasn’t paddling my best and was afraid I’d get out there and just embarrass myself.

However, about 3 days before the competition,  the reasons for not competing started to sound like excuses and I was getting the itch to be in my boat. Yes, it’s always nice to win, but do I compete in freestyle just so I can win?  No. I compete because I love being in the eddy with amazing female paddlers and some of my greatest friends. I compete to challenge myself to be a better boater. I compete because it’s fun. And this year I compete so I can tell that 2 month old squirm of a kid that there really are no excuses. 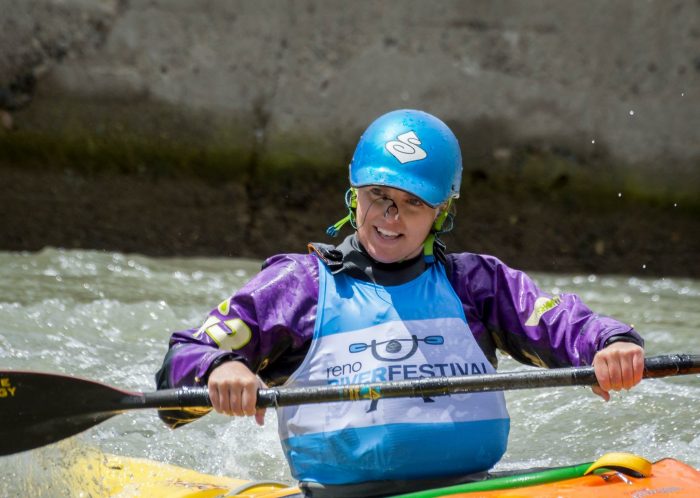 In the end I got in my kayak and did my best. It wasn’t pretty and I may have come in last in just about everything, but I proved to myself and others that you can be a new Mom and still be a badass. And most important. . . I had fun.