The Games are Open! 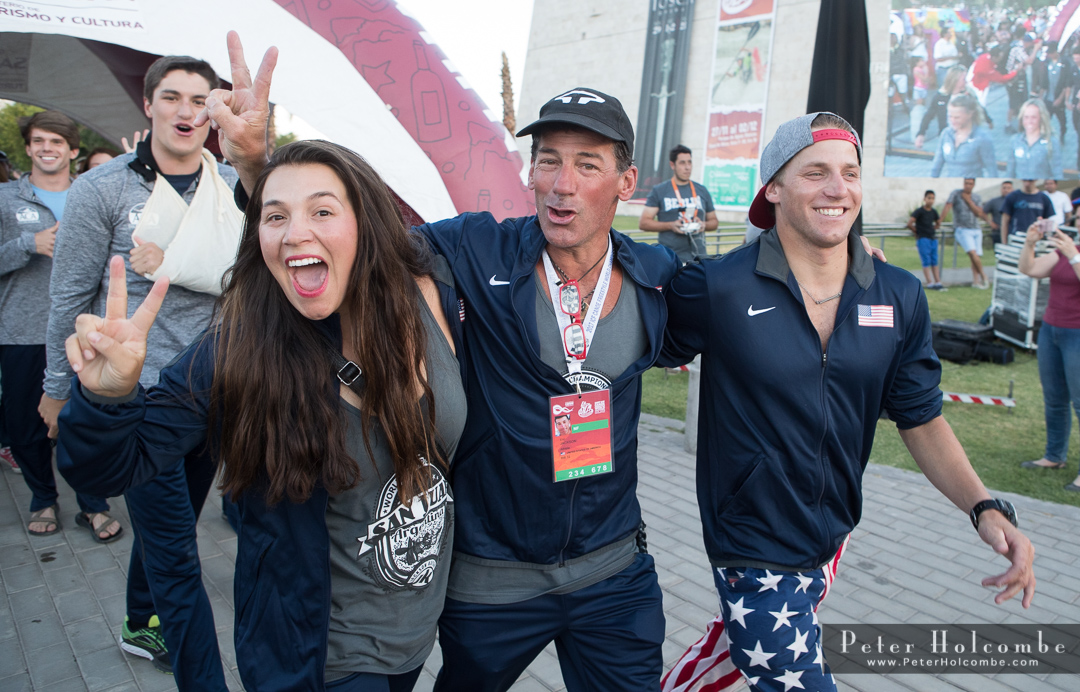 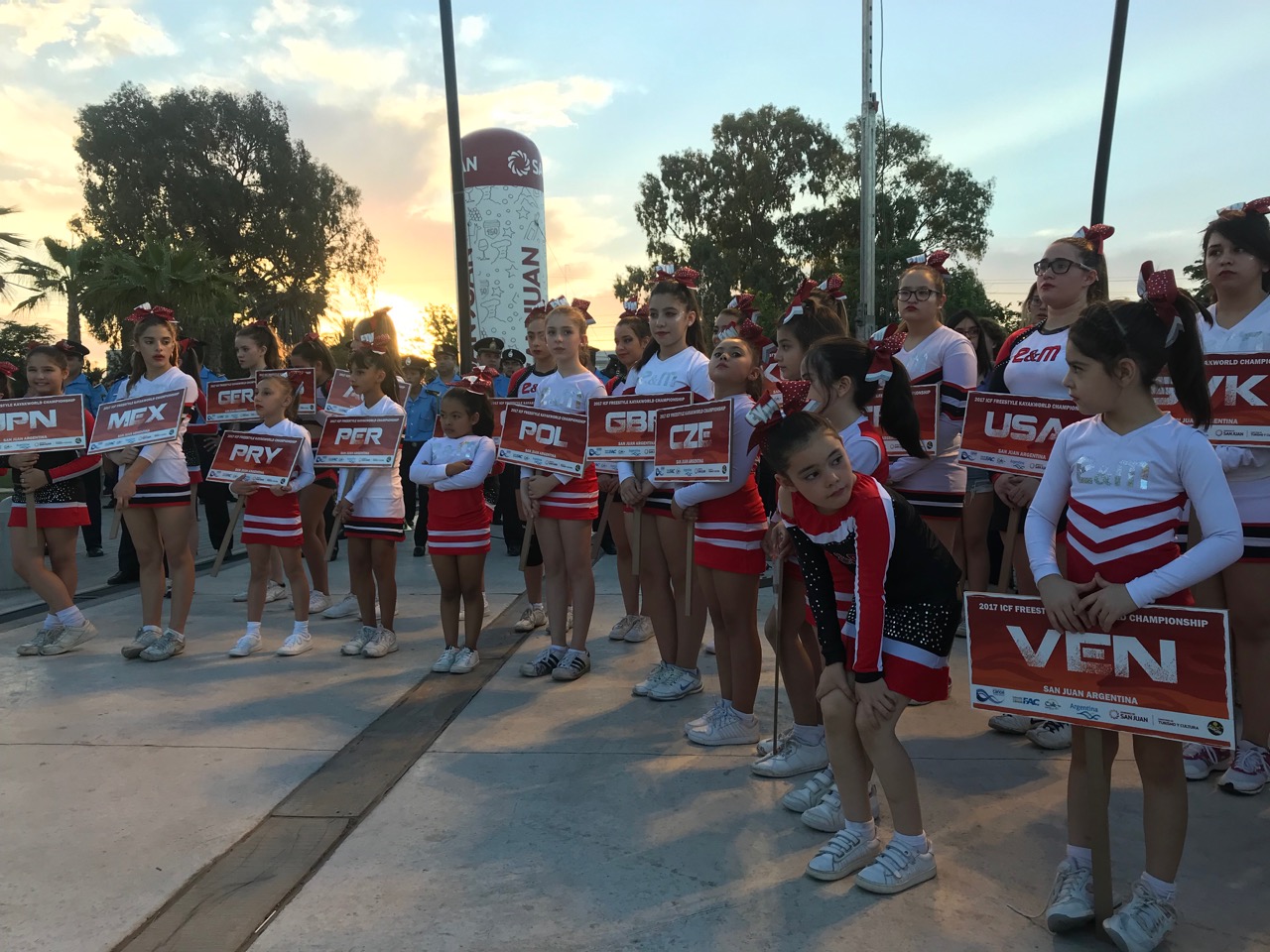 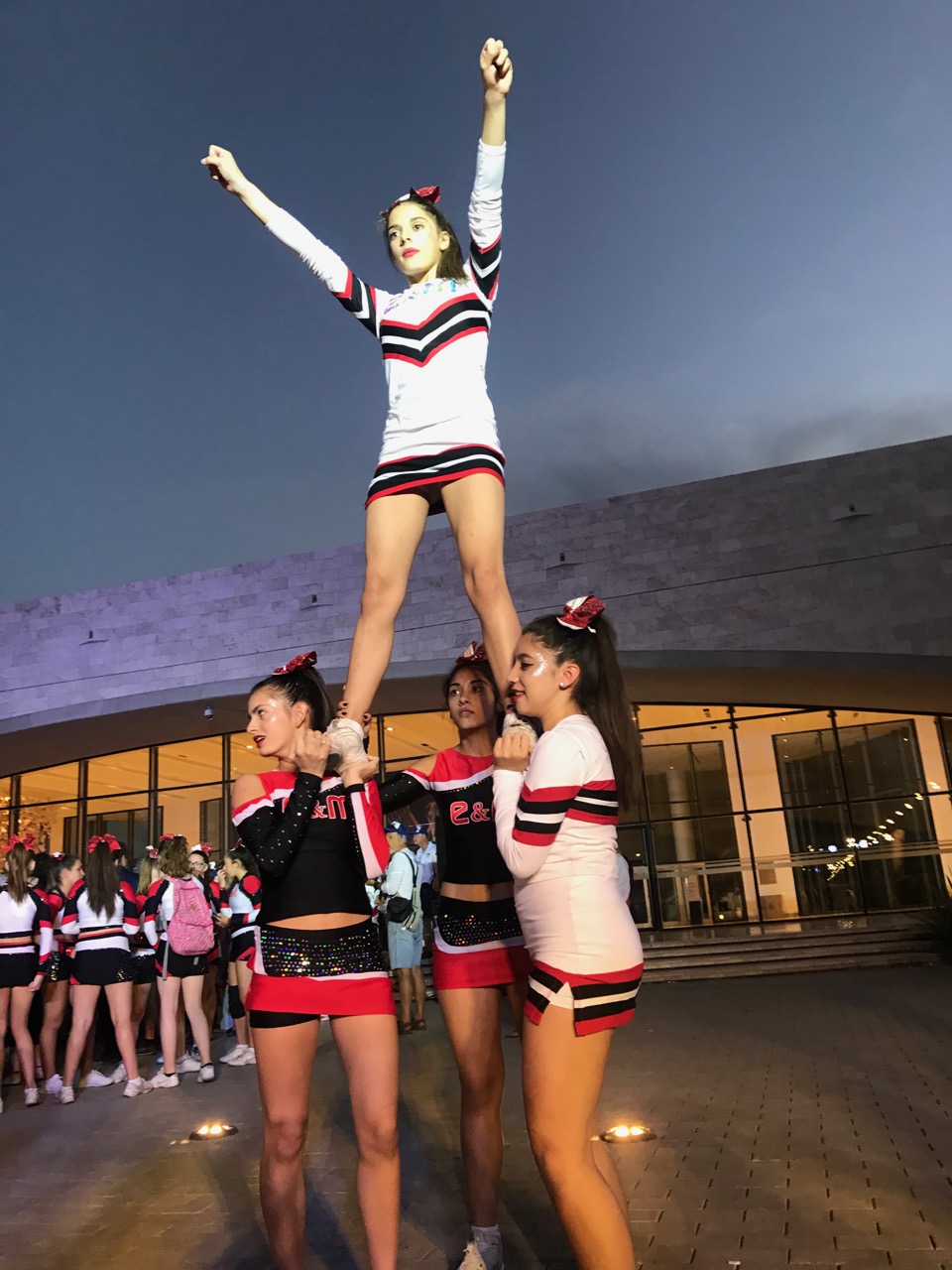 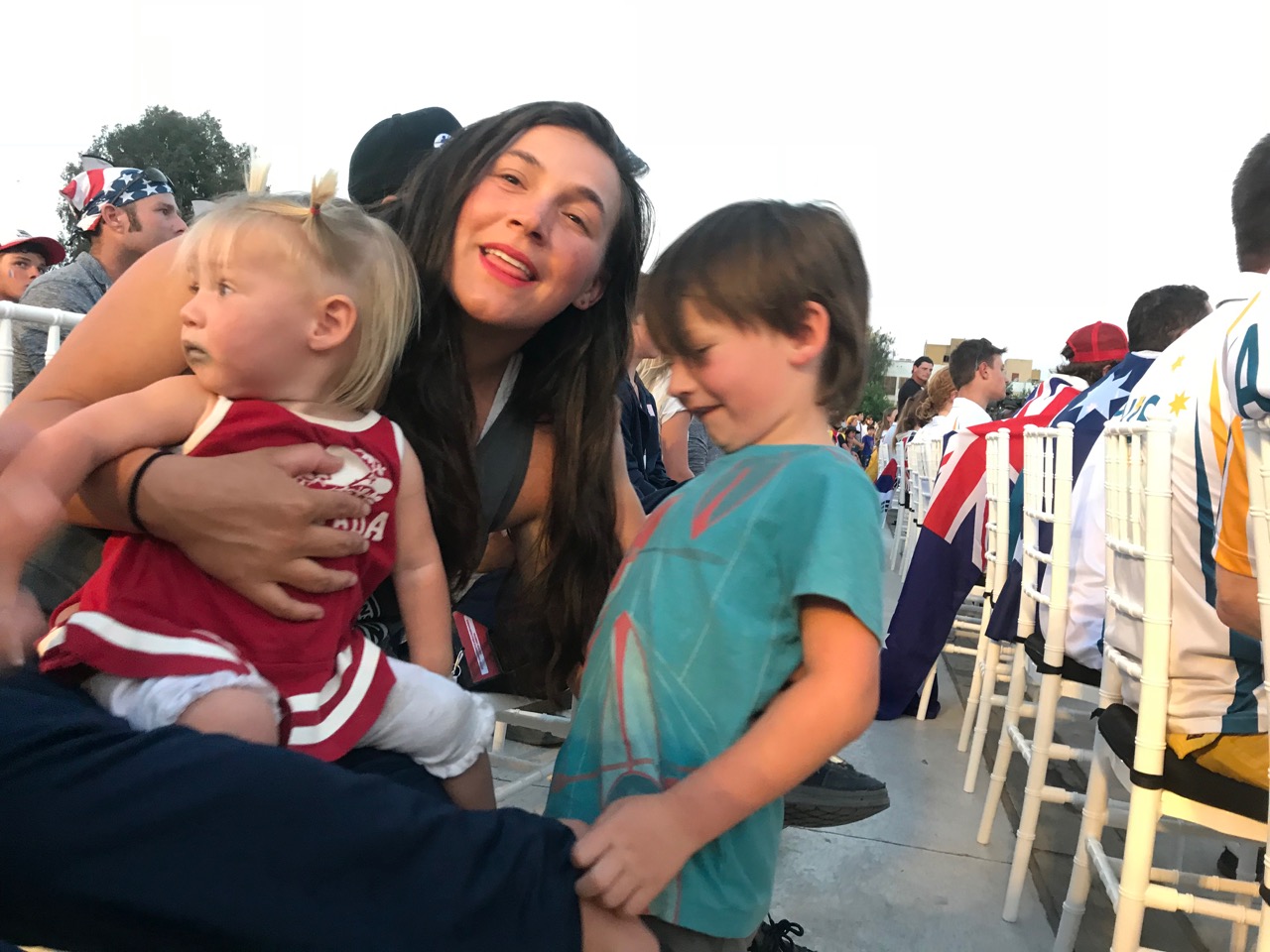 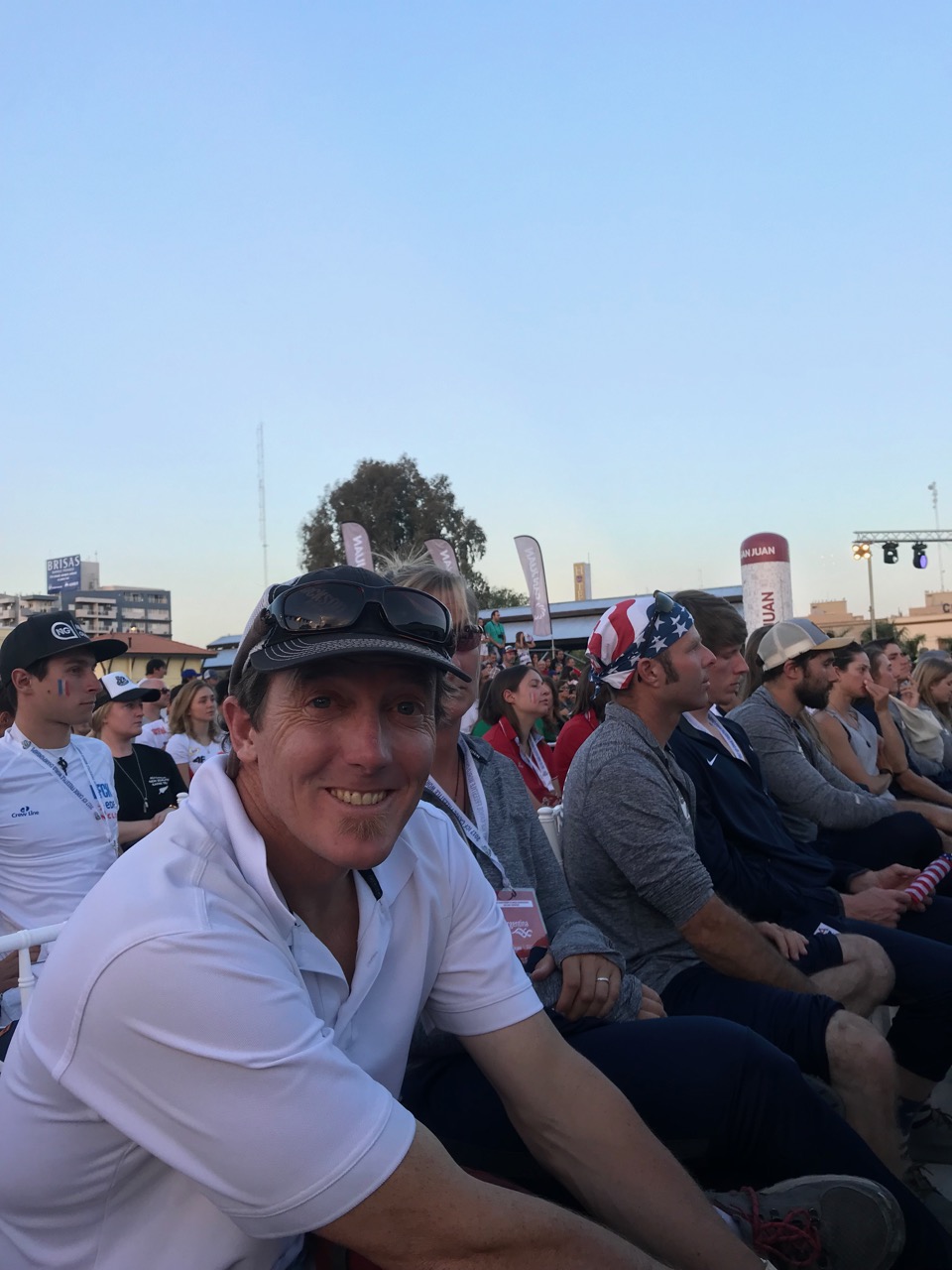 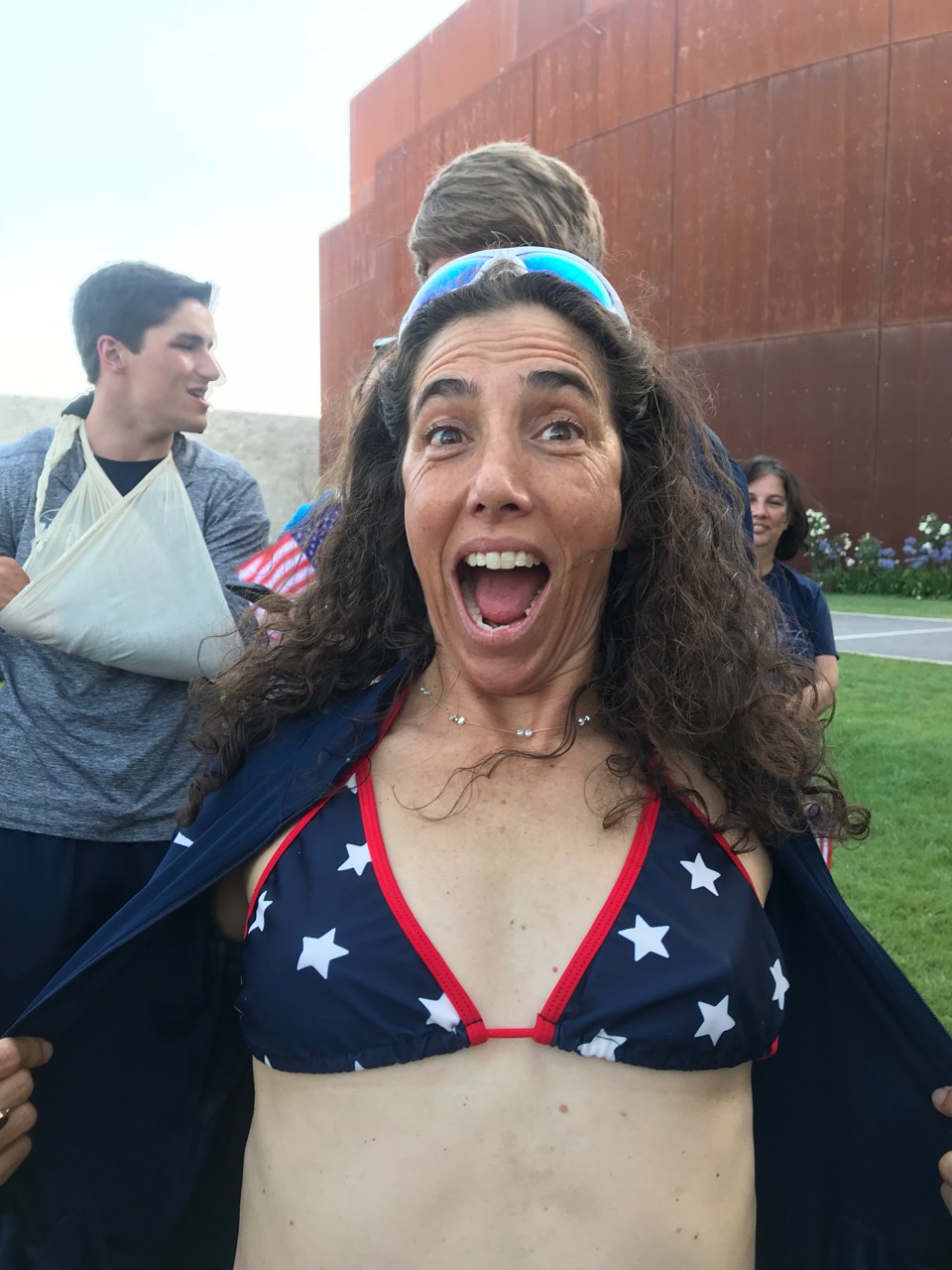 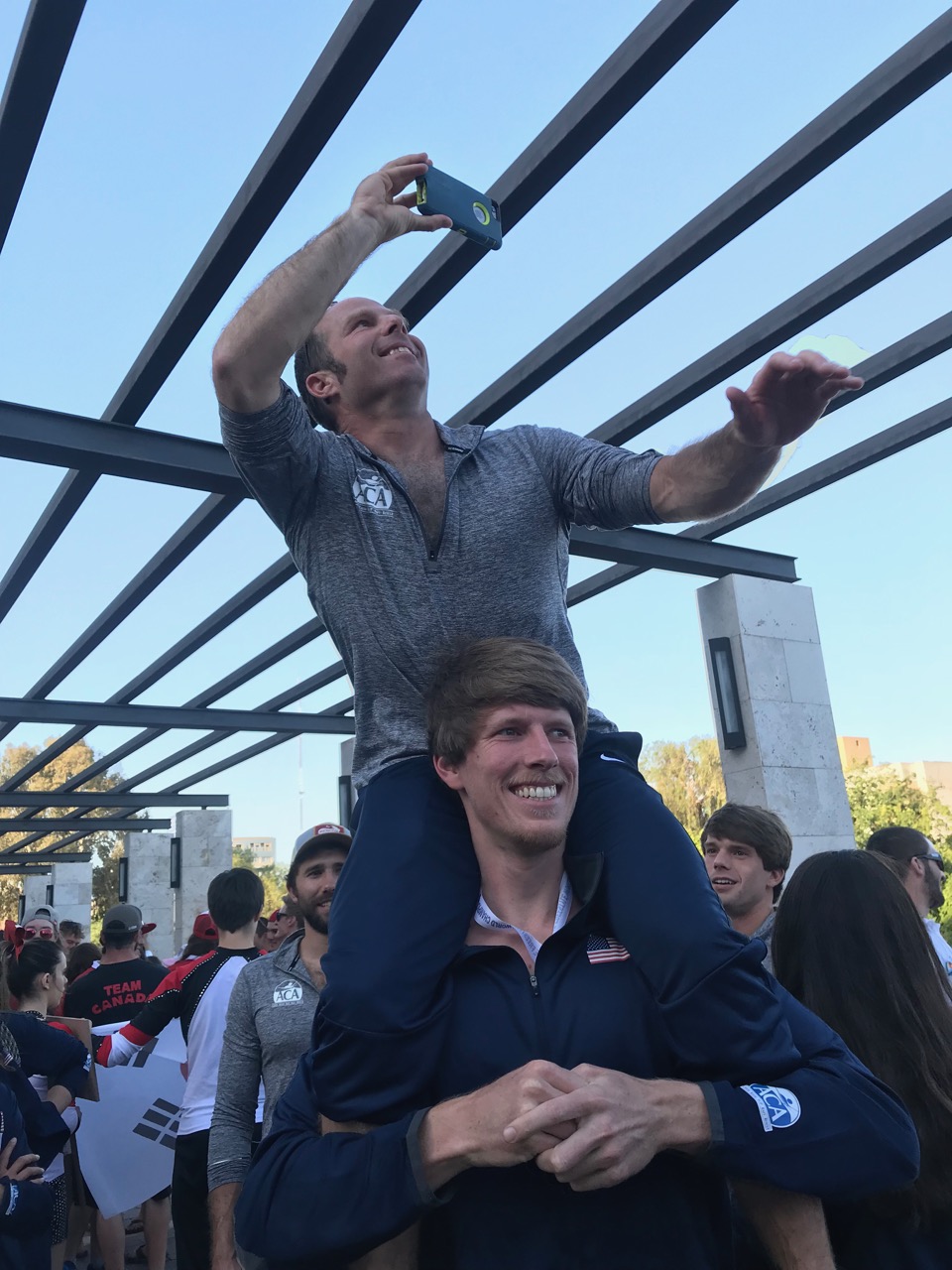 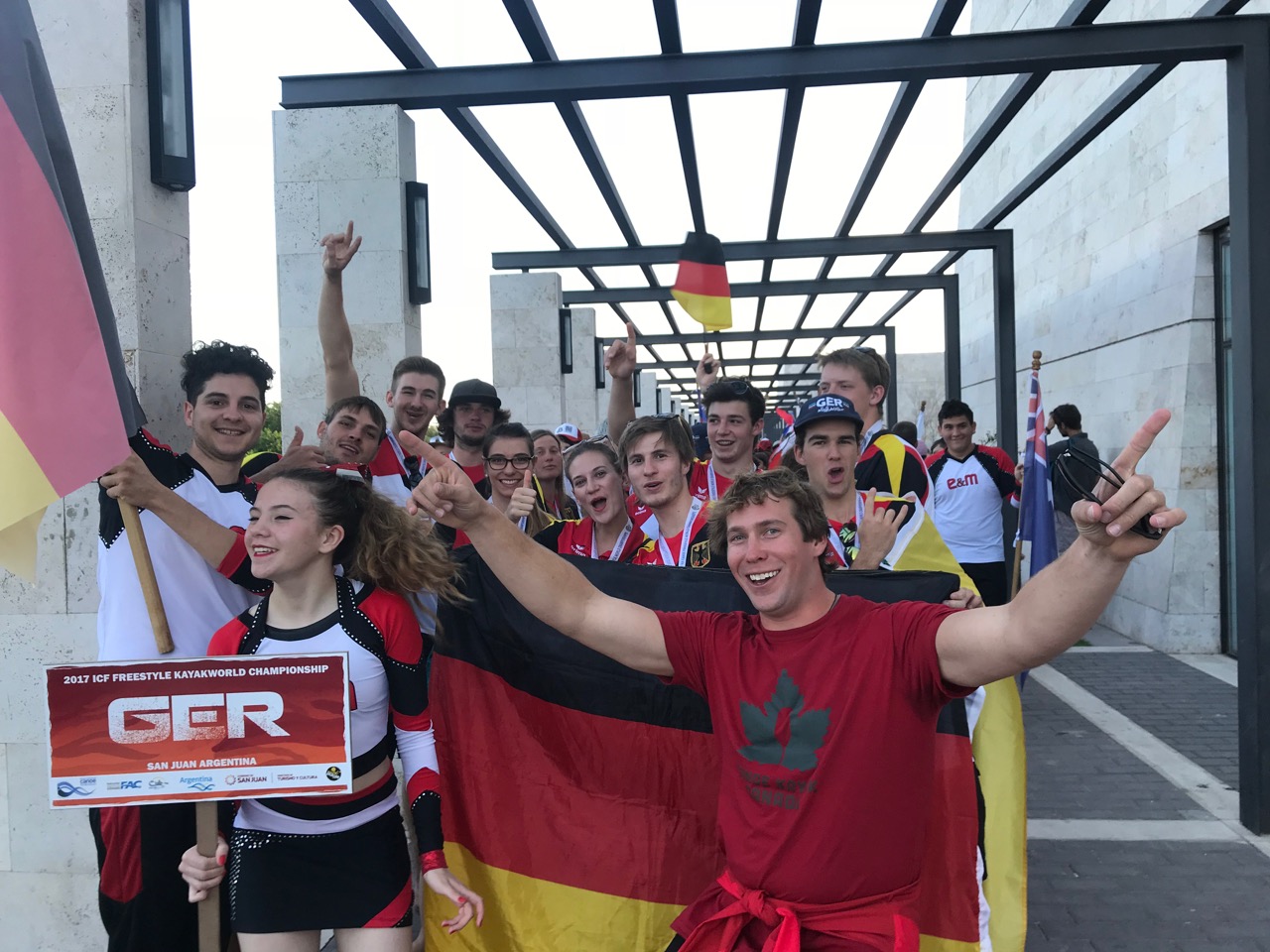 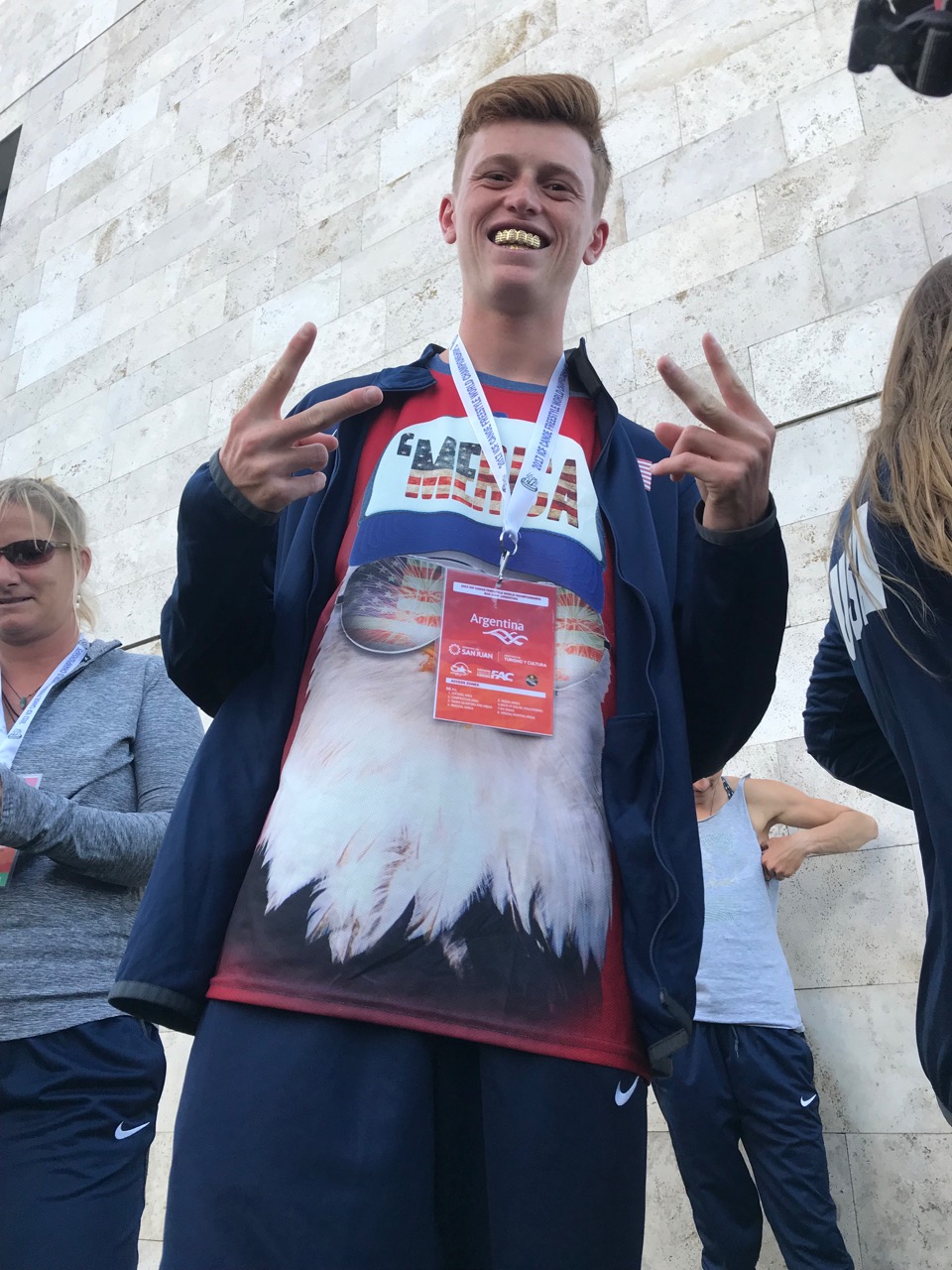 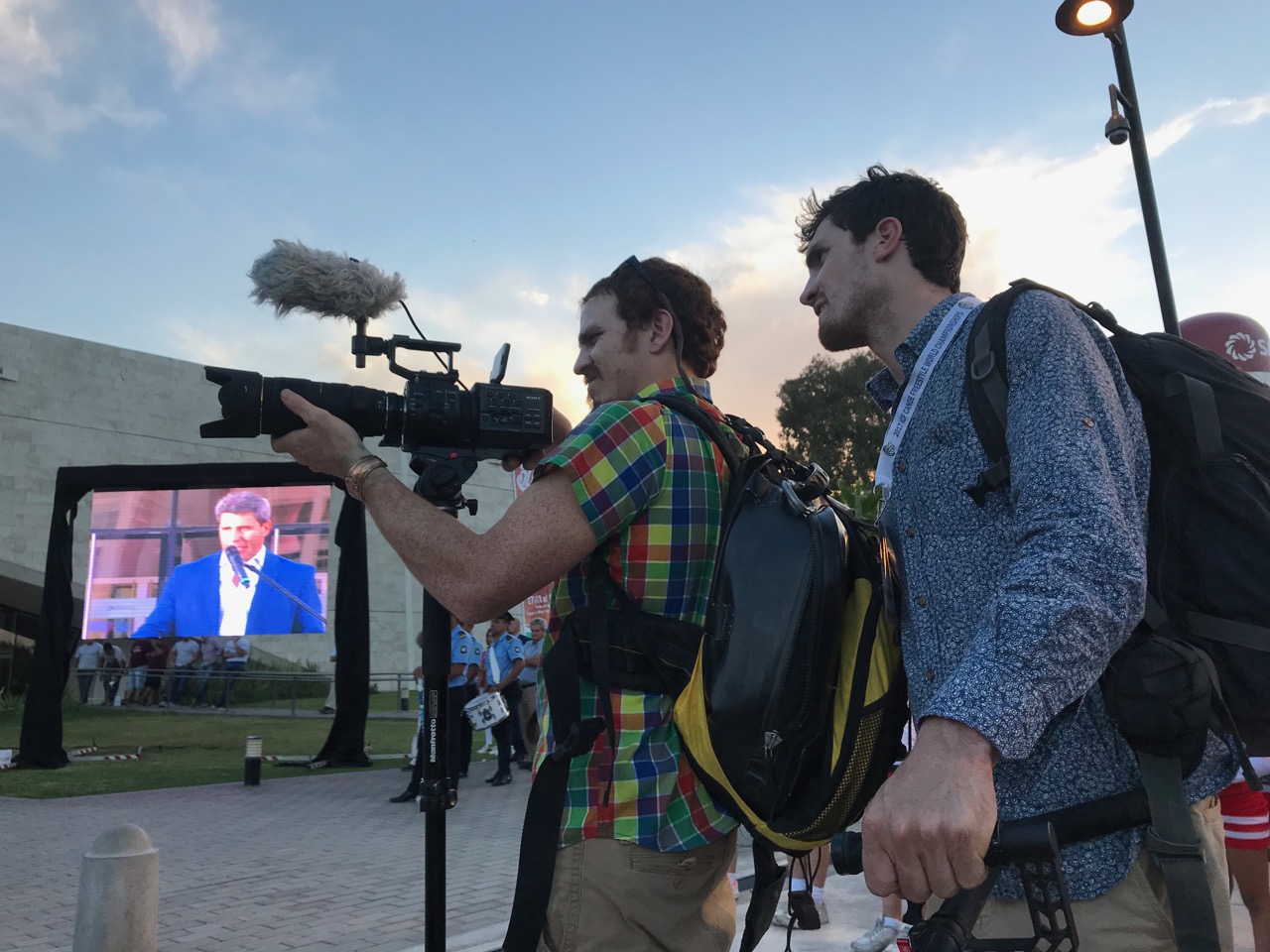 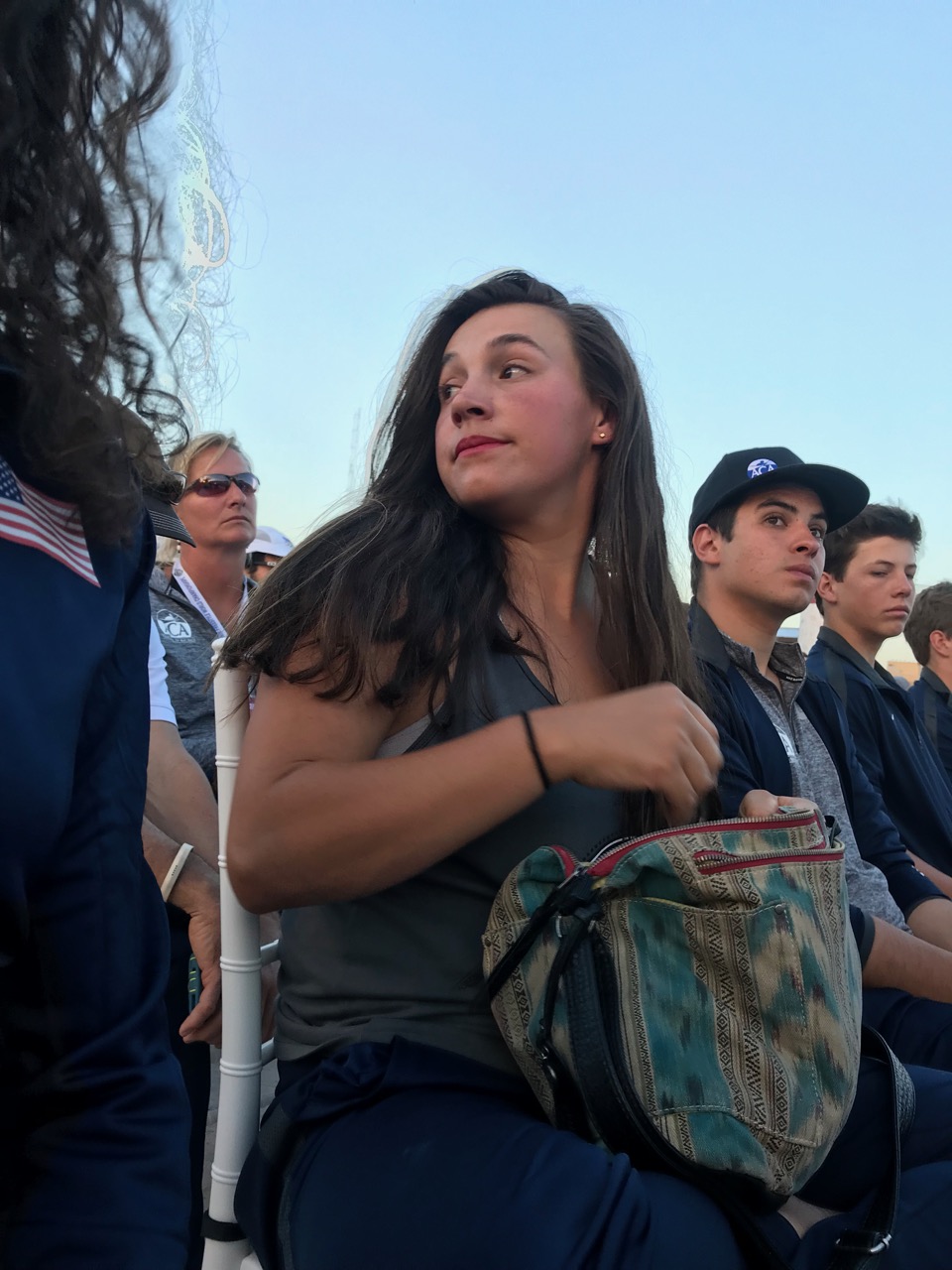 Jackson Kayak has been the official Kayak sponsor of every World Freestyle Kayak Championships since 2009.    Often people wonder what that means, exactly.     What this means is that we find out what kind of help the local organizers and the ICF needs to make the event go off well and if there is a way we can help with that, we do.    This year it is about helping the local organizers (Kayak Club San Juan- Mauricio and Fucundo) with kayaks and a little cash, and help assure that we have live internet streaming for the event with some cash to the ICF for that.      This event being in Argentina means that very few people from the Northern Hemisphere will get to see it in person, so having live internet coverage will give everyone interested a way to see what is going on.

Today is the Opening Ceremonies in downtown.   There will be a parade of athletes, as well as speeches by the government officials from San Juan province as well as the country of Argentina, the International Canoe Federation, and the local organizer, Mauricio.     The athletes wear their official team uniforms and we have 24 countries competing here.    24 countries flew to Argentina, which is pretty impressive, seeing that there aren’t any that are close by other than Chile.    The majority of the countries are from Europe, but Asia, Australia, Africa, and North America, and South America are all represented.

Paddlers have been training hard, putting together routines, learning to do new moves, relearning moves in this specific hole, trying to get in enough training time without getting run down, sunburnt, burnt out, or hurt.    The sun shines all day, everyday here.    It rains an average of 4 times/year here and is drier than Death Valley desert in the USA.      The sun rises over the mountain top at 7:20am and sets around 7:30pm.   It gets up to 90 degrees most days (100 sometimes, 80 sometimes) and down in the 60’s at night.   People who arrived with white skin now have red or brown skin.

In the past week the infrastructure has been put in place, with judges stand, grand-stands, Team Tents, vendors, and they are getting ready for the megatron TV screen, the TV production crew of 10 cameras, editors, sound mixers, announcers, etc. etc.  which are arriving today.

Different countries train, compete, and think about competition differently.    It creates interesting conversations, especially around the rules, etc..   North Americans, for example, were leading the charge for many years in freestyle, and especially during the period where we were creating most of the moves, so our approach was looking for new ways to do stuff and then try to write definitions of the moves based on how we were doing them already.    The British, by contrast, try to do moves like they are written in the definitions.   While that sounds like it could have the same outcome, the reality is that move definitions are poorly written in some cases (not out of apathy, but because they are difficult to put in writing) and therefore people are trying to do the moves like they are written and the move has been changed, or moves that are possible, especially combos, are impossible based on the rules.      It isn’t a real problem other than how things are approached by the judges.   Again the difference between the USA/Canada and Europe is the “innocent until proven guilty” approach.     An American judge is most likely to give a move they think may have been within the definition, but was clearly not perfect, while a European judge will often want to clearly see more than the definition’s minimum to be sure it counted before counting it.     This is a generalization, of course, but you can see it in the coaching, the athlete’s approach, and the discussions.

This is one of the things I really enjoy about the World Championships is seeing different takes on the same sport.    This sport has certainly evolved since my first time competing in it in 1981 in a Perception Mirage.     From 1993 (World Championships on the Ocoee) until today, people have been designing boats to compete in these events.   The “evolution of the whitewater kayak” was driven by the desire for more maneuverable kayaks for “rodeos”  and it went fast and furious for many years.  Each World Championships over the next 20 years has seen new moves, new combos, air, etc.. be added to what was possible.      The new moves are not coming very fast now as the sport has matured and more and more people have tried to push new envelopes, but most of it is in new techniques to do the same things bigger and faster and linked together.     The rides keep getting better and what the best junior women can do today would rival what senior men could do 13 years ago.    This World Championships is in a hole, while the last one (Garberator- Ottawa) was on a wave.   The moves thrown here will be 90% different from the last one.   This doesn’t mean the same athletes aren’t competitive, but in many cases there are “wave boaters and hole boaters”.   The best boaters are equal on both.   However there are some contenders here for medals that had no chance on Garberator, and vice versa.

The boats being used in this event are varied.    Gui Gui prod from France has a large number of boats and some amazing paddlers in them, as does Vladja.  Jackson Kayak has four sizes of the new Rock Star and all of those sizes are being represented here.    Katie Frankenhouser is paddling the XS and Joel Kowalski is paddling the Large.    There are a lot of S and M sizes in both composite and plastic.    I am paddling the Competition Rock Star M (26.7 pounds) in plastic and very happy with my choice.    Nick, Dane, Stephen, Tomaz, Claire, and Emily have Murkey Water built composite versions of the Rock Star.   Most everyone else has competition plastic ones.     There is a rock in this hole that is breaking the composite boats but makes a good takeoff platform of for the plastic boats.   95% of the loop moves miss the rock, however, making the composite work fine for most people.   There are a couple of Pyranha boats, Dagger Boats, and Wavesport boats as well.

Final “official training” slot was today for Team USA.   I created a new moved in my mind that I tried to demonstrate to the judges but didn’t pull it off.  I hope to get one while I am here.  It has been a long time since I have been able to come up with a new one!      I can’t wait to compete!!

I hope you get a chance to watch the live stream of the event!!    Three rounds to finals for the largest class, Men’s Kayak-  prelims, quarterfinals, semi-finals, and then finals.   Cut to top 40, then top 10, then top 5 and then the medals round.     You have to ROCK the hole to make top 10, and absolutely Kill it to make top 5…  Game on!

Finally- Opening Ceremonies was amazing.    Everyone was in a great mood, and it was awesome seeing everyone in their team uniforms.     Check out the video!
🙂