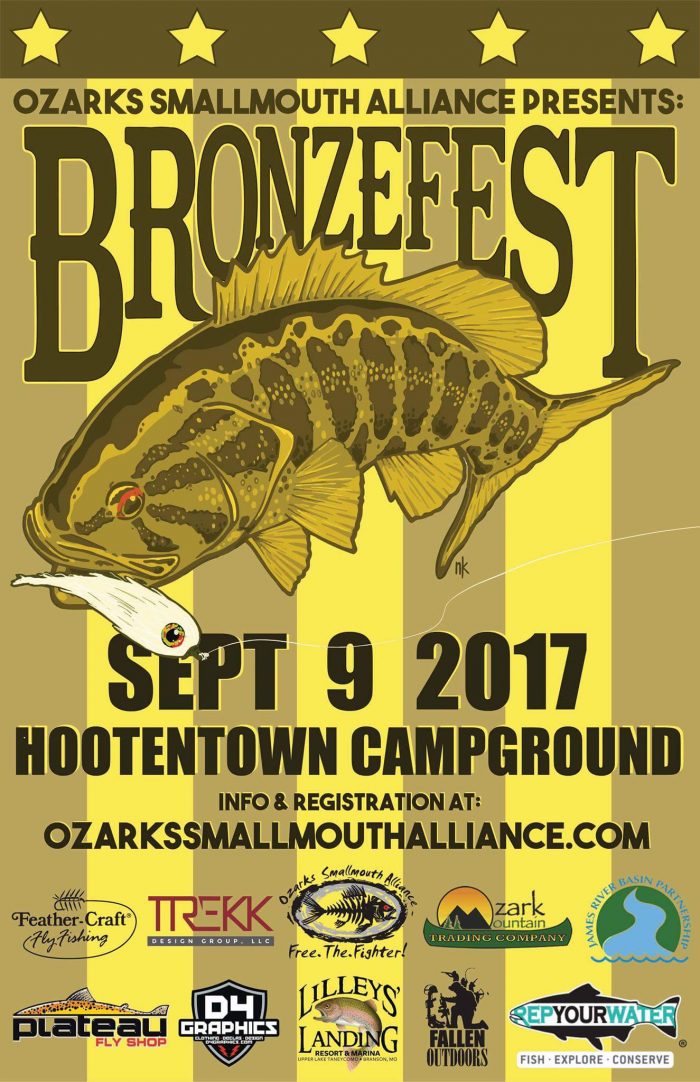 The Ozarks are lined with small, beautiful streams. Like blood vessels on a breakdown of the human body, a Google Earth view of southwest Missouri will reveal little blue squiggly lines that run all over the terrain! Swimming through the rocks and currents of the majority of those streams are a feisty, bronze colored “Rocky Balboa” of a fish called the Smallmouth Bass. This fish has become highly coveted and the pursuit of it has created a community of like-minded individuals who go by the name Ozarks Smallmouth Alliance. Ozark Smallmouth Alliance was formed by area locals Ryan Walker and his nephew-in-law Lance Eley and exist to educate and promote smallmouth conservation in the Ozarks. 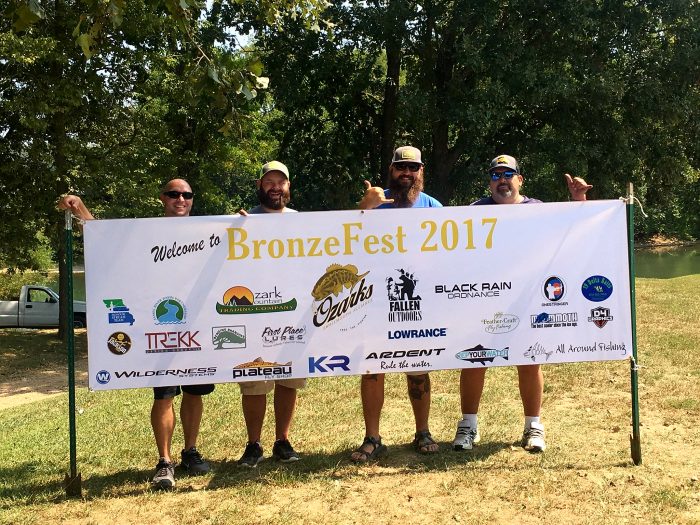 I became a part of the leadership of OSA in early 2016, right about the time Ryan and Lance started planning an event called “Bronzefest”. This was to be an event with 3 purposes. Those were to educate people about smallmouth conservation, raise money for a local veterans organization called The Fallen Outdoors and also to get people together as a community that enjoyed the outdoors for a weekend. Surprisingly, a lot of sponsors loved the vision of the event and jumped on board, donating an astounding $13,000(retail value) worth of product. Jackson Kayak donated a Kilroy that raised a good amount of money in and of it’s self. These items that were donated were used in our raffles. All of the proceeds made from the event went to benefit The Fallen Outdoors. 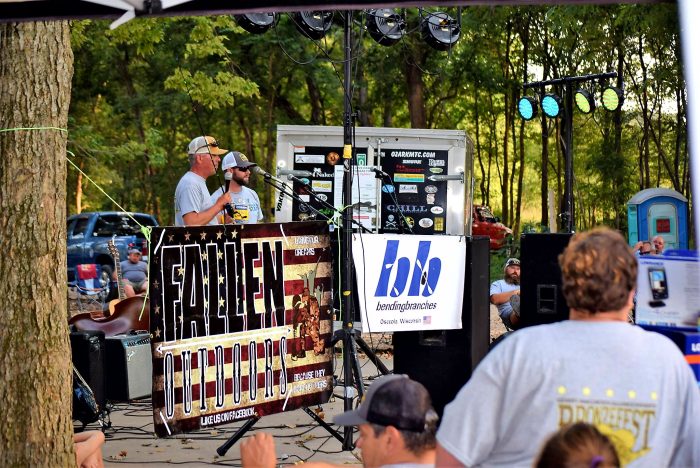 Bronzfest didn’t just gain traction with sponsors, though! We had a very humbling 250 people show up to support our cause along with multiple vendors who came to sell locally made fishing and outdoor products. It was an absolute blast. People began showing up on Friday evening and a good majority of them camped all weekend. We had live music, a DJ for when the band was not playing, several different types of seminars, including one that was taught by Drew Gregory. Speaking of Drew Gregory, we also partnered with Riverbassin Tournament Trail and after all of the festivities were over, we hosted one of the biggest tournaments of the trail. To cap it all off, one of our sponsors, Ozark Mountain Trading Company, provided around 30 fishing kayaks and some of their employees for a full on kayak demo event. It was an entire weekend of fun that reinforced the culture of comradery and conservation that OSA had been trying to create since its very first post. It was a weekend where people forgot about race, religion, denomination or political affiliation and gathered on a stream or around a campfire to share fishing and hunting stories. It’s a weekend that will go down in local history and I can’t wait until next year’s event! Bronzefest 2018 will be even more fun with even more friends. I hope to see you there! 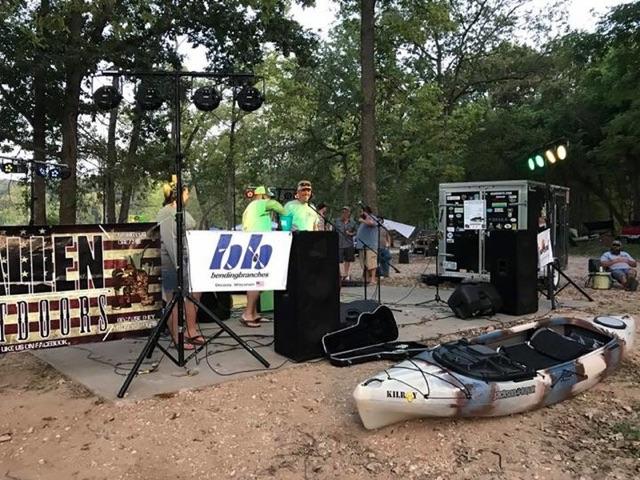 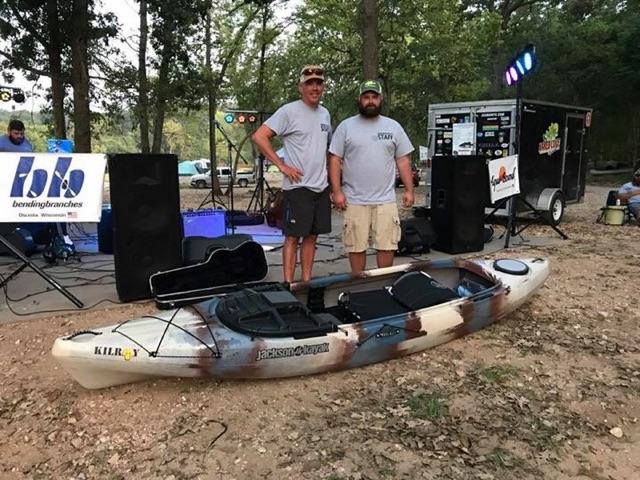