What would it take to go Sub 4 minutes in the Green Race?

Every year for the past 22 years, at 12pm on the first Saturday in November, hundreds of kayakers and thousands of kayaking enthusiasts gather to be a part of what claims to be “The Greatest Show in Sports.” This statement is arguable but nonetheless, I would put my word on the line to say its the greatest show in all of PADDLEsports!

The Green Race has a rich history of only a select few taking home the coveted “Adidas Jersey,” an old red jersey that has been handed down from six time winner Tommy Hilleke, in addition to receiving a custom stained glass trophy designed by local artist and paddler Todd Grafe. The first person to win the Green Race was Clay Wright, then Al Gregory, followed by Jason Hale, and Tommy Hilleke, who had a seemingly unprecedented dominating streak. Pat Keller has won it three times, Mike Dawson twice, myself twice, Eric Deguil took home the win for his first time last year after years of consistently being in the top 3. In the woman’s class, winner include Nikki Kelly, followed by Adriene Levknecht, who has dominated the women’s class throughout her carrier (6x champ) and Katrina VanWijk, who won in 2013. 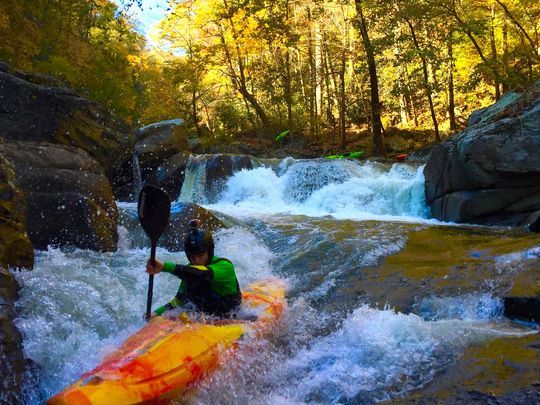 When it comes to design, the Green Race is in a league of its own in that multiple boat designs have been inspired by this race. The Green Boat was the first specific design by Mark Robertson/ Pat Keller and the Dagger team for any single extreme race and followed by three other brands making similar boats just to compete. Liquidlogic followed with the Remix 100 and then the Stinger designed by Shane Benedict, Wavesport’s Momentum, and finally Jackson Kayak’s Karma Unlimited, all Green Race specific boats that each have there own style. Before these Green Race specific designs, the boat of choice was the Prjon Tronado and was the template for the Green Boat.

This race is also unique because there are no boat limitations, you can bring whatever you want and race it. Composite, rubber, or plastic are all fair game, and the fastest person to the bottom wins. I have paddled all the long boat designs and am really happy with the Karma Unlimited because I think its the great balance of speed and ease for my style, which is why it’s my boat of choice. These boats are not only sweet for racing down the Green, but are also super fun for everyday paddling and are great self support boats. You can get most of them with a hatch and rudder, making them the boat of choice for many multi day runs like the Grand Canyon etc. These designs also have been used to break the current distance recored this past spring on the Salmon River in Idaho, 287.5 miles in 24 hours. 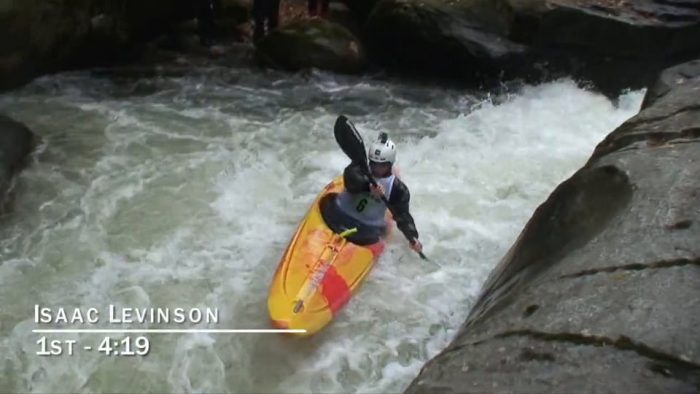 Something that has been on the minds of racers for as long as I have been racing is the prospect of doing a sub-four minute run. There is a lot that would go into a sub-four run. First, I believe the flows would need to be above 10 inches. Standard/average flow for Green Race has been about 8-14 inches, with some random low and high years. Lower flows are less pushy, while higher flows are faster but less predictable and make it harder to keep your boat on top of the water. But with some practice at these higher flows the conditions would be ideal. The second key would be fitness. A sub-four minute run will take someone putting in some serious training to to be able to hold the pace that this feat will take. Finally, a small degree of luck is involved; for four minutes you would have to be almost perfect on all 15-20 signifiant rapids/moves. Racing whitewater is tricky because of the inconsistency of the playing field – it’s not a pool or track, it’s a constantly changing surface. Maybe luck is not the correct word, but let’s just say you would have to really be feeling it for a sub-four run.

After nine years of racing the Green, I have had a lot of time to break it down. It’s probably the river I know the best, stroke for stroke, every rock, every tree branch hanging over the water, and I can visualize paddling it from top to bottom. Visualization is key; if you can see yourself doing it, you can do. Preparing with lots of visualization work, I have found that the less I have to think in the moment, the easier race runs are. During a good race run, I am in the moment and focused. I’ve won the Green Race twice, in 2012 and 2014, and both times I was relaxed and things went as planned. But on both of my winning runs, I was actually taking it pretty easy, never getting out of breath and only taking a few correction strokes. I think the difference would be getting your fitness to a level where your “easy” pace is fast enough to go sub-four. I have done a good bit of experimenting with pace, and it’s very obvious the faster you paddle the quicker your time will be, but the difference is when you get tired, you make mistakes and that is more costly then going 80 percent and staying under control. Finding the proper balance is key, whether you are shooting to break the course record or just to have a great run when it counts. 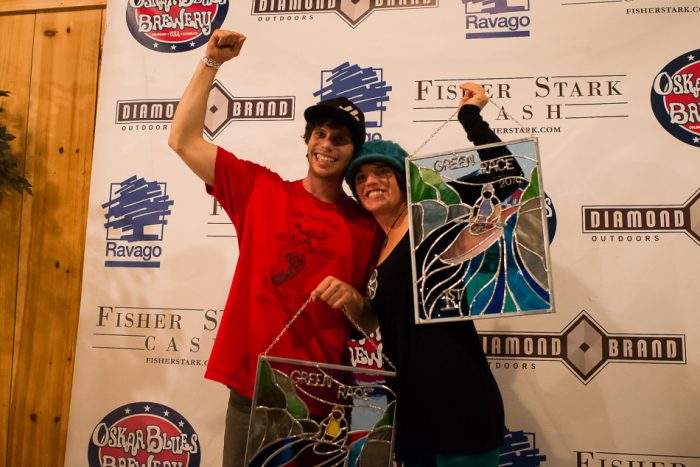 Actual time on the river is another important aspect of preparation. There really is no substitute for paddling. You can train mentally and physically, you can paddle your local runs, do attainments, run up mountains, or review video but the only way to dial it in is to get laps in.

Personally I owe the Green River and The Green Race a lot as far as my progression in racing kayaks on class five. Growing up in the Southeast, the Green River and especially the Green Race, became a proving ground and place to refine paddling skills. I’ve run the Green in all sorts of conditions and strongly believe a sub-four minute is possible. My personal best recored (GoPro) run on the green is 4:13-14 at 10-11 inches (video below). I have also done a race run with Pat at 20+ inches where I missed the finish move at rapid transit, but I was in the sub 4:10 range. I think Pat tagged the rock just under 4:08. I know the sub-four minute lap is possible and is going to happen in our lifetime; the only question is who’s going to do it?