It’s an annual tradition for the two of us; Karl and I. Almost since the two of us started kayak fishing, we’ve been taking part in the annual Lafayette Kayak Fishing Club tournament, the LA1 Slamboree. The tournament is named for the corridor of LA Highway 1 where it takes place. This area is a popular location for kayak anglers year-round, with easy launch points, lots of water, and abundant redfish on the shallow flats. The boundaries start as north as Golden Meadow and follow LA1 to it’s end at Grand Isle State Park, opening the area to a large number of participants.

Karl and I began fishing this tournament in 2013. It was my second year fishing from a kayak and the tournament was actually one of Karl’s first times. That first year we fished an area without pre-fishing and ended up with one small redfish & a couple of dink trout. I lost a nice red and Karl lost a flounder. Over the years we’ve fished other areas, but always kept that first spot at the back of our minds. There was something about it we liked.

This year, our original plan was to fish close to where the weigh-in would be held at Topwater Marina in Leeville, but as we arrived at 4:45 that morning, we were hesitant to put in. There was lightning popping all around us. This is fairly frequent tournament weather and especially so in the summer months. After waiting about 20 minutes, we decided to ride around and look for another area further from the thunder storms. We ended up driving right to our 2013 put-in. It was a combat launch off the side of the road, requiring us to lower the kayaks over a barrier of limestone rubble. It’s not the easiest task, trying to balance the kayak as well as not fall into the water, or roll your ankle, but we did it. 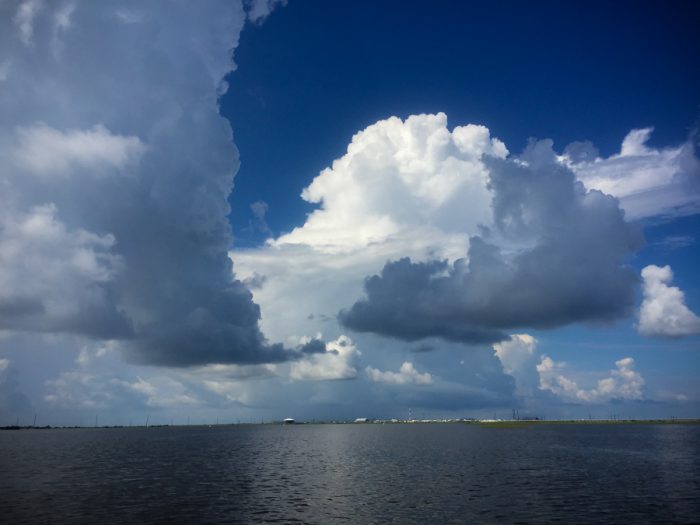 We did a lot of paddling throughout the day. I spent my time in a 2015 Tie-Dye Cruise 12 and Karl was in his usual Big Rig. The Cruise was easier to get down the limestone launch than my old Cuda 14 would’ve been, but still quick enough for my tastes and stable enough to allow me to sight-fish most of the day.

The day started out slow, catching a few small reds and trout, but both species were there. Once I was able to make my way back into the ponds and put on a Buggs Curl-Tail Jig (my favorite lure when sight-fishing reds), it was on. Every redfish I’d make a cast to would eat. I ultimately wound up finishing the day with enough reds that I needed to do a little culling, but just two trout and no flounder. It being a slam tournament, it would’ve been nice to seal-the-deal with a flounder. But the real kicker for me came right before we came off the water. 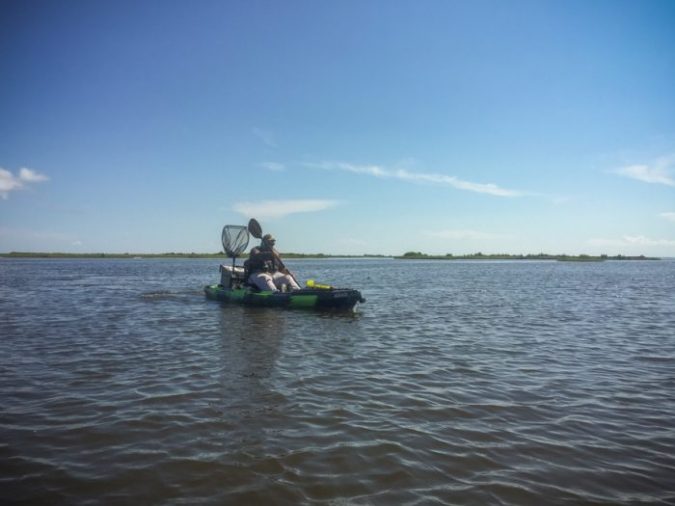 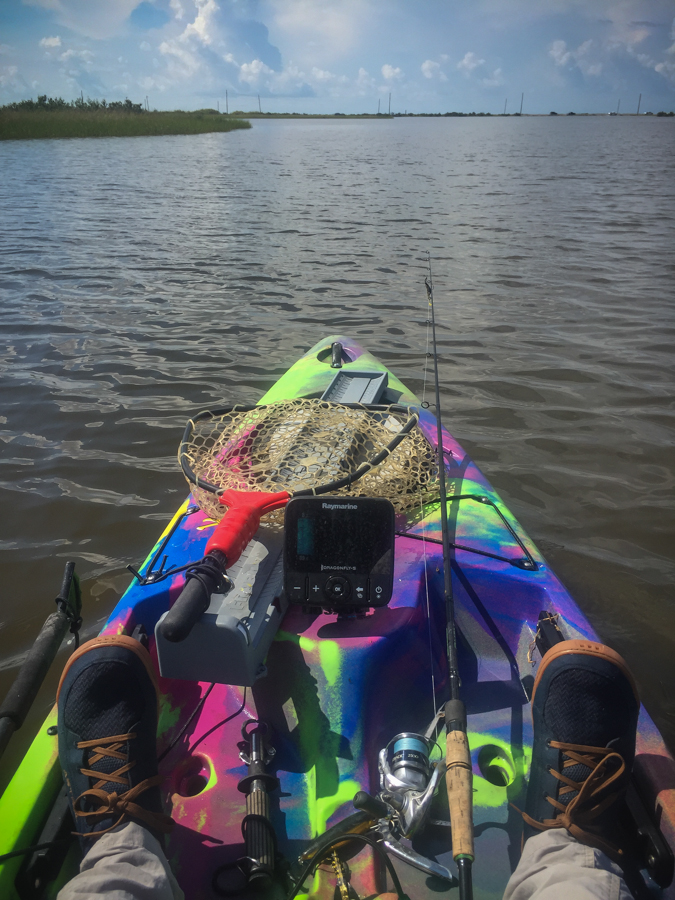 We were nearing the put-in and noticed a lot of disturbed water. As we got close to it, we could see a bunch of little eyes watching us. It was a ton of mullet. Every few seconds there would be a big splash from underneath. Possibly a nice trout? While i did catch a few trout, the big catch came a few seconds later. I threw a topwater plug into the midst of the mullet and began walking it back to me. With a not-so-big splash my plug went under and the fight started. After several seconds I knew it wasn’t a trout.

There were a pair of bank fisherman watching us from the road, and a few minutes into the fight I could hear them talking. It wasn’t until they saw me lift this bull red out of the water that they got pretty loud and sounded impressed. I netted the fish and dragged it on to the deck of the Cruise. It measured around 36.5″ which meant that it couldn’t be used for the tournament. But that also meant that I’d be going to the weigh-in happy, not even worried about placing. 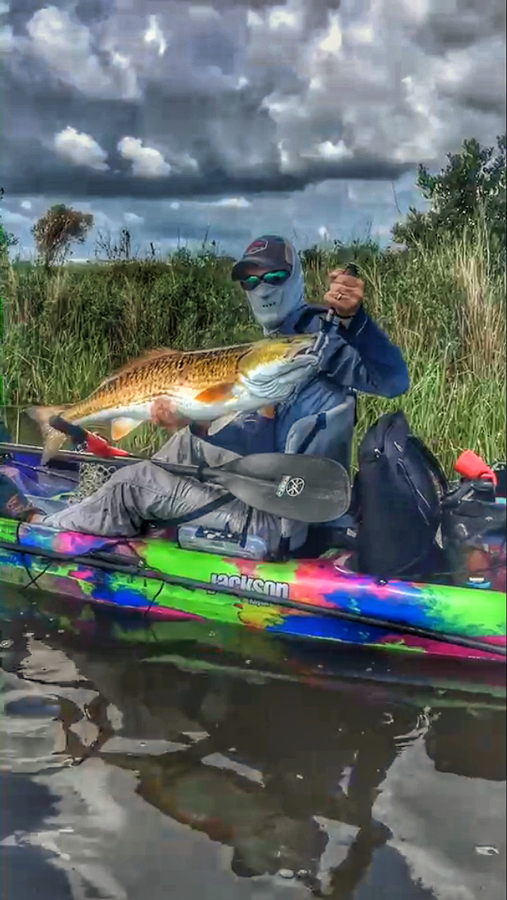 I did end up submitting the fish into the club’s online CPR tournament where it held the largest redfish position for the remainder of the tournament.

All-in-all, I try not to get too caught up in tournaments. Even when I get to fish every week, tournaments are just another opportunity to go. I do go at them with a game plan, but I try to remember that I’m out there to have fun. I seem to be able to put more fish in the ‘yak when I look at it that way.