My competitions and what it is all about 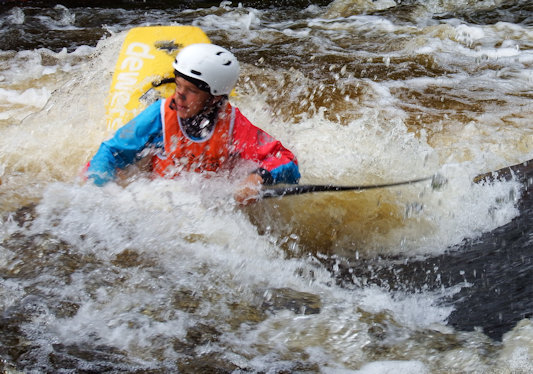 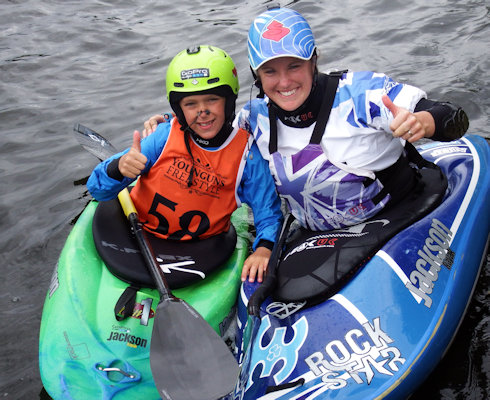 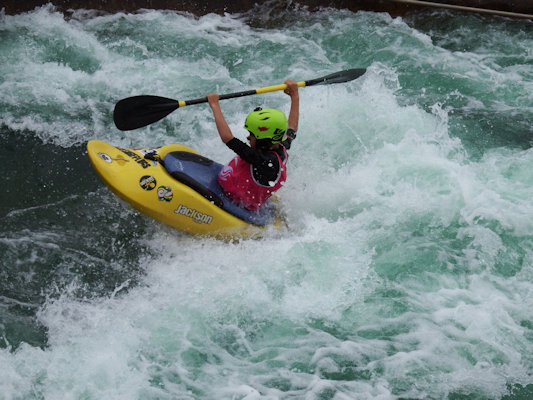 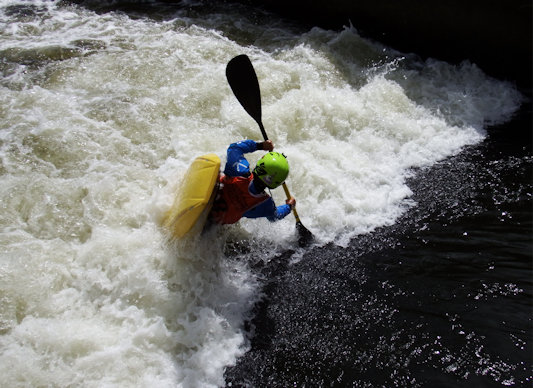 The Youth Series in Great Britain is called the Younguns Freestyle. It is for people under the age of 18. There are different age categories including Under 18’s, Under 16’s, Under 14’s and Girls. I’m in the Under 14’s category as I’m 12. I compete with lots of skilled paddles including my best friend Owen Maddox. When competing with Owen, I feel as if there is a lot more pressure as we have very close scores every time. In all but one of the Younguns Freestyle events so far this year, Owen has been there competing against me. The only one Owen was not at was the only one I came first in. I like to prepare by training in the feature before hand and practising the tricks that are a bit risky so when it comes to the competition, I am able to score the trick. In Younguns Freestyle I always try my best and try to have a smile on. My results in the Younguns this year have been decent. In the first one this year I came home with a second and scored 555, it was at my local spot so I was very comfortable in it. In the second one this year I came home with first and I scored 250, the feature was not the best but I still enjoyed the competition, In the 3rd one which was at one of my favourite place to paddle, Nottingham I came 3rd however I could have done a lot better as I only scored 240. I had done two days paddling at that point and had been quite tired. At the most recent Younguns Freestyle I came home with a 3rd and scored 260, the feature was not that retentive however last year I learnt how to cartwheel in the feature that I was competing in. Younguns Freestyle is a very good way to encourage young novice paddlers into doing freestyle kayaking. I brought along some of my clubs novice freestyle paddles to the Younguns Freestyle event once and they really enjoyed it, now they are throwing loops and most importantly enjoying the sport all the time. 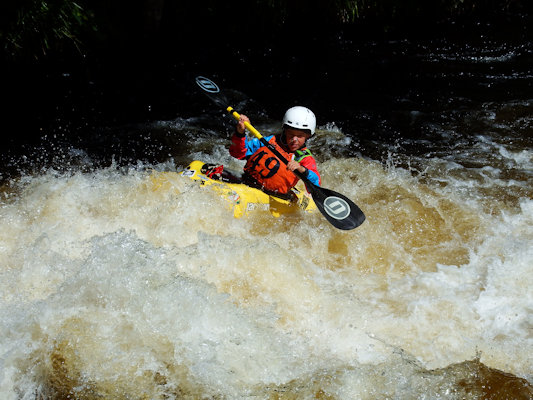 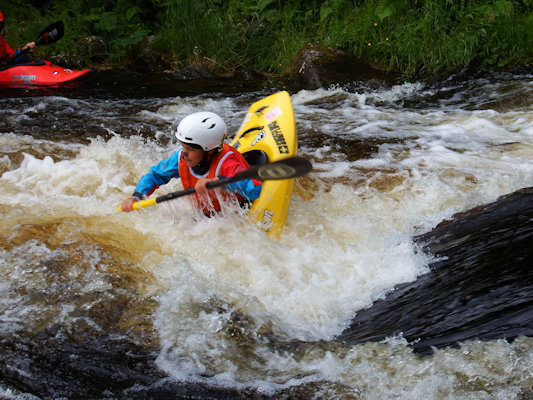 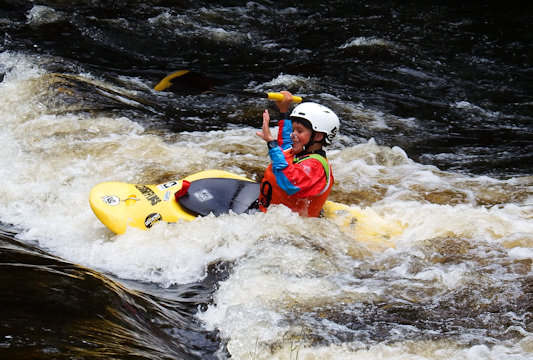 GB Freestyle is definitely the toughest with scoring and the most competitive as they have ICF rules. GB Freestyle is the highest ranked type of competition I do. I like to prepare by writing down every trick I can do and then I see which tricks go best together and which will get me the most points. Then I do 40-45 second runs in the feature following what I have planned out and if it works I’ll do it about 5 times as practice. However, if it does not work out I will change my ride on the paper and then have a go at that in a 40-45 second ride and if it works out I will do it for my real run. Previously I haven’t scored that much in GB Freestyle however considering I have learnt how to McNasty, Phoenix Monkey, Luna Orbit and blunt so far this year, I am hoping to do a lot better in the future.