US Nationals – Fun Times on the Chattahoochee!

This year the US Freestyle Kayak National Championships were held on the Chattahoochee River in downtown Columbus, GA. I had been hearing great things about the good play and warm water in Columbus for several years but the 12-hour drive had kept me from making the trip down. I was excited when I heard nationals were going to be held in Columbus because it gave me a strong incentive to make the trip down from Maryland. 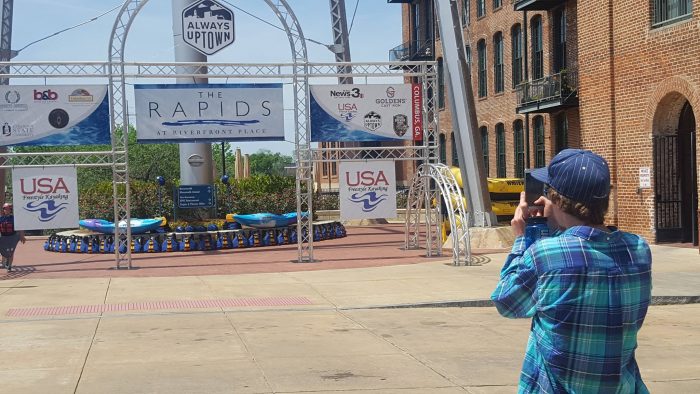 Columbus did not disappoint. Nationals were held in mid April and the air and water were both very warm and pleasant. Nationals were held on the “Good Wave” which is located in downtown Columbus with a paved path and bridge leading out to the island right beside the wave. This allowed very easy park and play access and made the event incredibly spectator friendly. 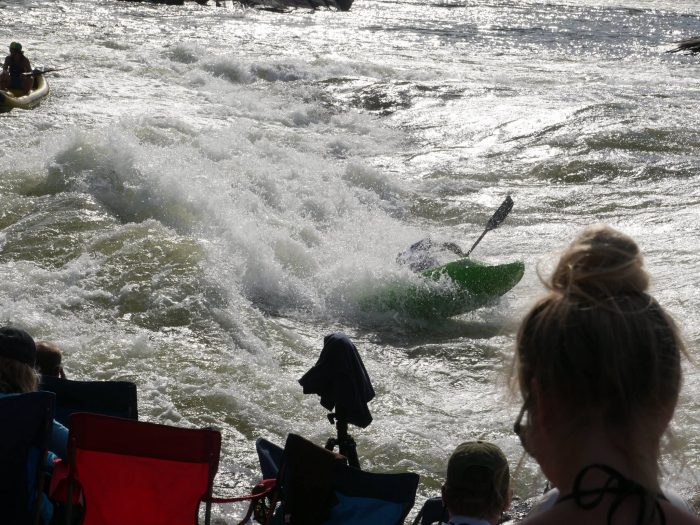 The town was very supportive of the event and generally the local people I saw and talked to were excited about what was going on and proud of their river. The organizers organized camping for the competitors within an easy walk of the wave. And there was no shortage of restaurants, coffee shops and tasty southern BBQ within walking distance as well. In addition, the local news station came out and filmed a live stream of the competition (link included below). 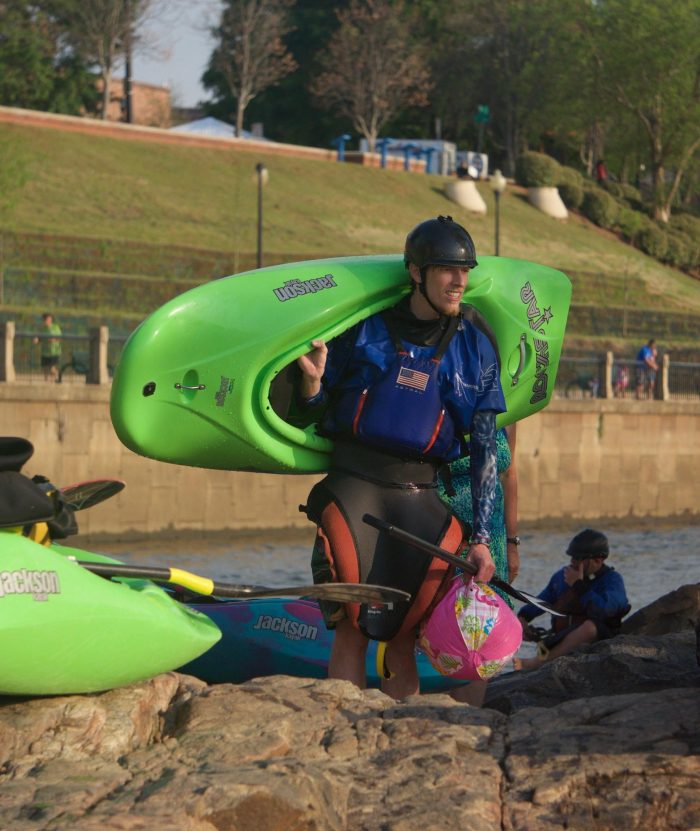 The Chattahoochee was an excellent place for a competition. It is spectator friendly, has controlled flows, easy access, and a really fun wave! There is about a 2-mile section of whitewater in Columbus that starts immediately below a dam and ends at the “Good Wave” in downtown. The dam operators worked with event organizers to schedule a dam release at a good flow for the competition. My mom and my girlfriend both made the trip down with me and had a great time running the short section of whitewater in town. 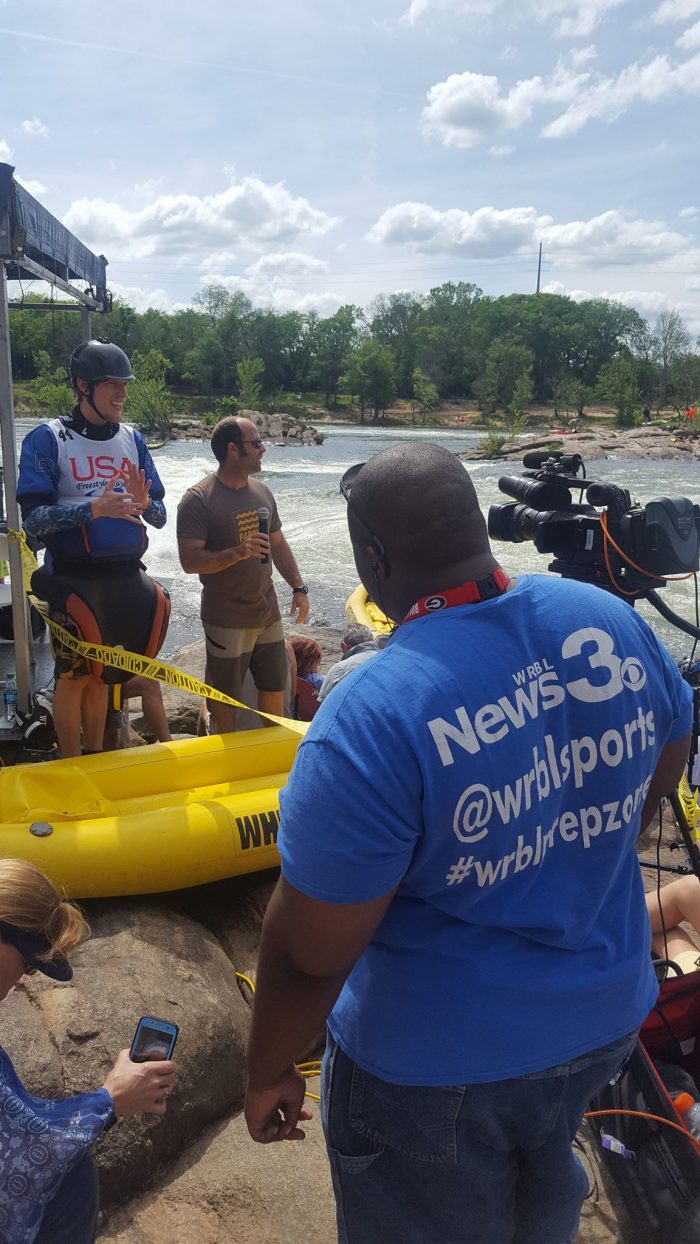 The competition itself was really fun and we had a good showing in the C-1 class. The “good wave” was a fun feature. It was pretty big, bouncy, and powerful. It offered up the ability to all types of waves moves. Because the wave was bouncy, powerful and had a large foam pile it was tiring to surf and could be difficult to get on top to set up for tricks at times. I was very happy in finals that I got a ride where I hit most of the tricks I wanted to get and scored 595 points. My good friend and fellow competitor Jordan had a sweet ride that was just a few points behind my score. The Frenchmen, Tom Dolle competed as a ghost and had some really nice tricks as well. Tad and Brian were also in finals and threw down some nice rides. 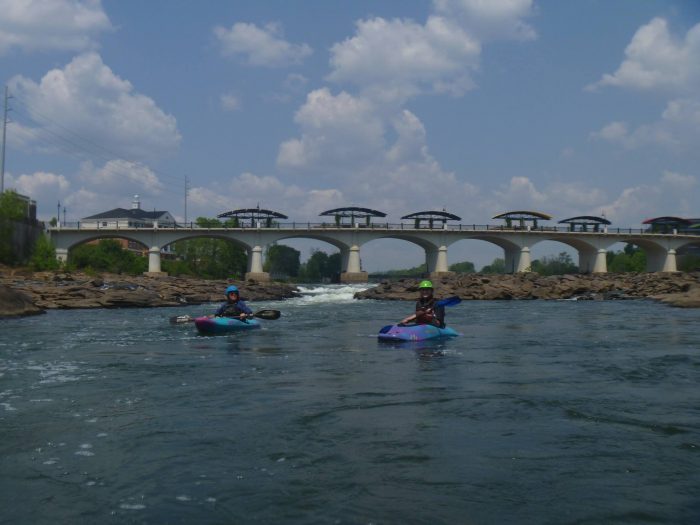 My first ride in finals was 595 points and it held as the leading score. I was super stoked to have pulled off a ride I was happy with and it was a bonus that it placed me first. Nationals were the first big freestyle competition of 2017. Winning nationals felt really good. I am still working full-time as a nurse in my “normal job” but I paddle as much as I can in my free time and try to maintain my overall fitness as well. I am really looking forward to more competitions this year, especially leading in to the World Championships in Argentina in late November. 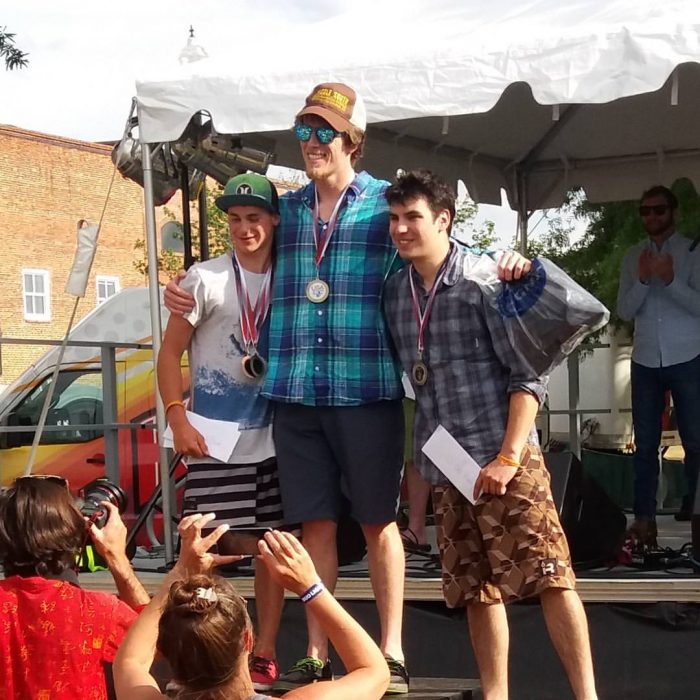 On the way home from National we made a pit stop in Charlotte, NC to paddle at the USNWC whitewater course. It was a great way to break up the drive and a fun challenge for my girlfriend and my mom. 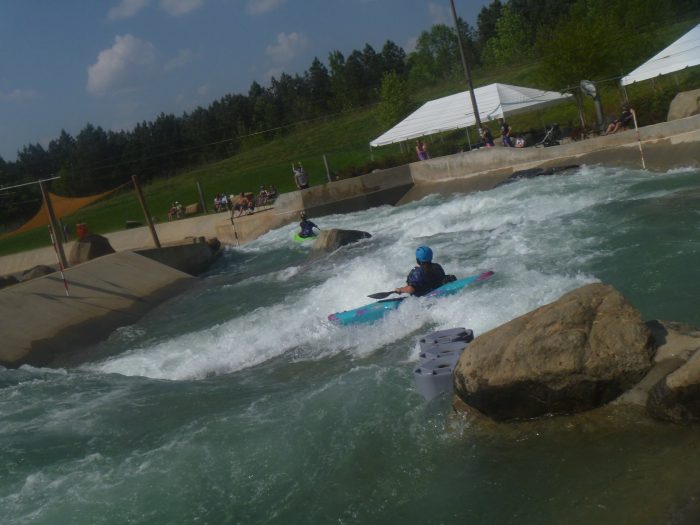 Nationals were really fun and I look forward to the next time I get to paddle in Columbus. If you like play boating and warm water I recommend checking that place out! Also the live stream archive from the competition is linked below if you want to see any of the action from finals.