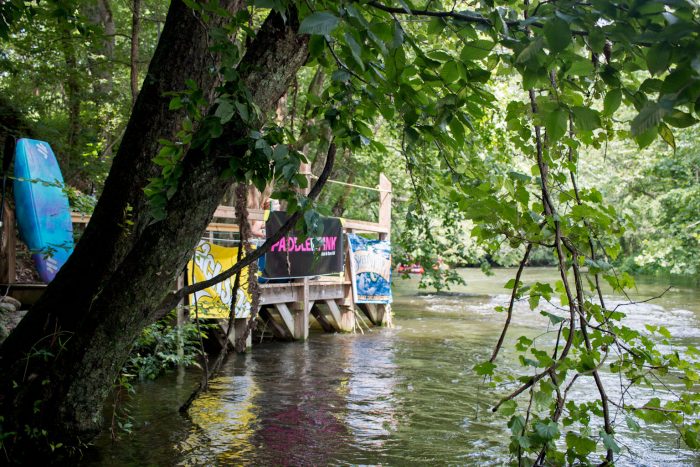 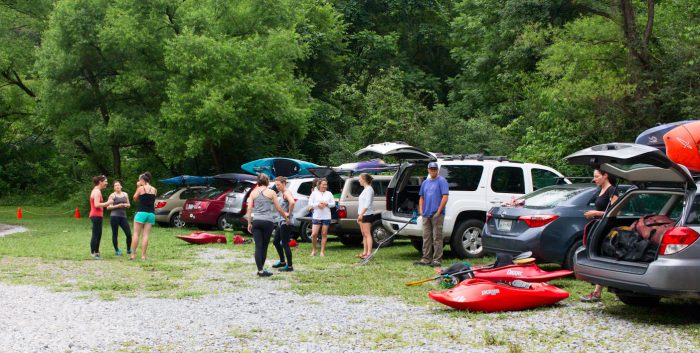 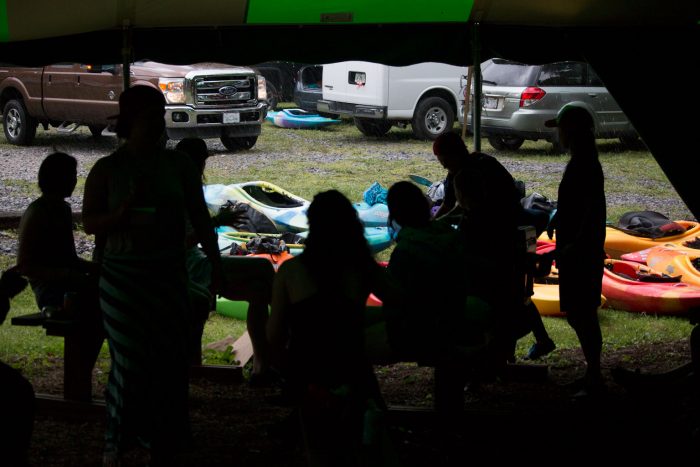 On June 24th, 18 women gathered at the Pigeon River to get their play on. This year marked 3 years of Paddle in Pink putting on this event and every year things seem to get better. Groups this year were split into smaller numbers so there was more one-on-one instruction. Nikki Malatin (team Pyranha) and Katie Dean (team Dagger) guided the recklessly vertical groups and myself, Crystal Gustin (team Jackson) lead the short playboat group while Katie Jackson (team Jackson) ran sweep to keep things safe. The pigeon was releasing higher than normal which increased the down river play fun factor. 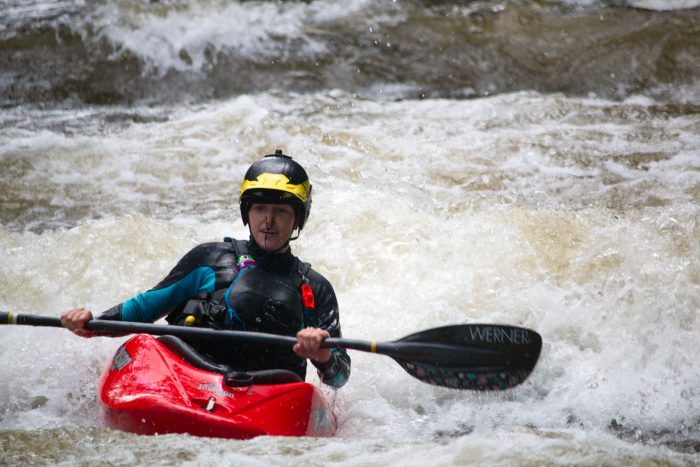 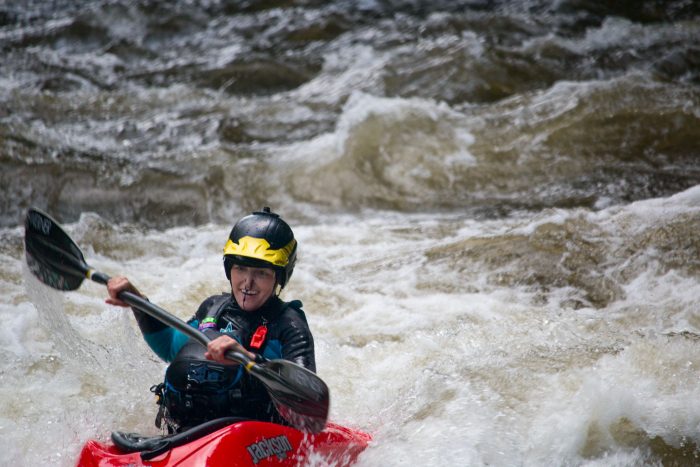 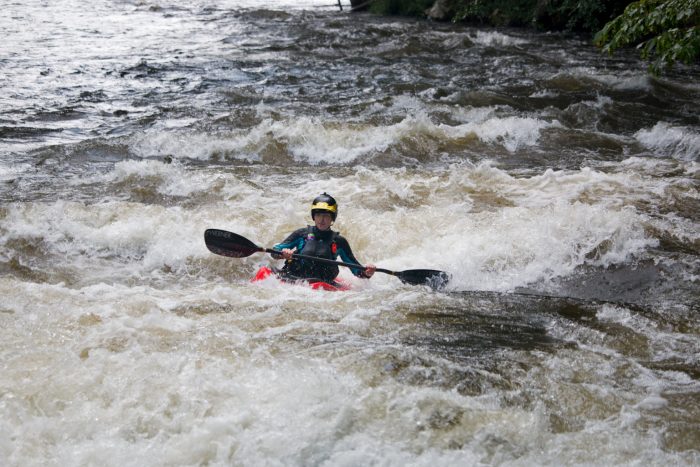 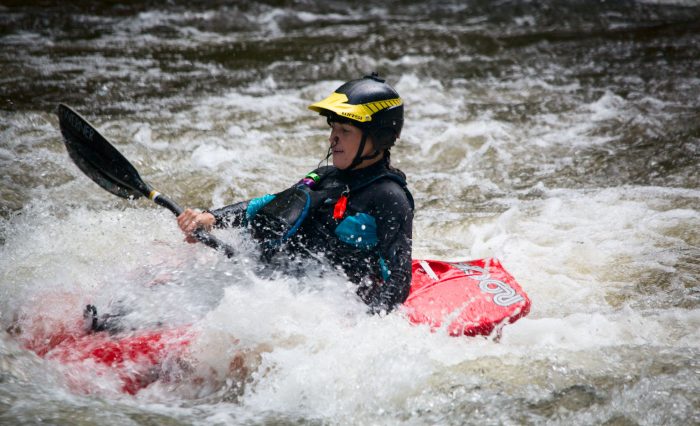 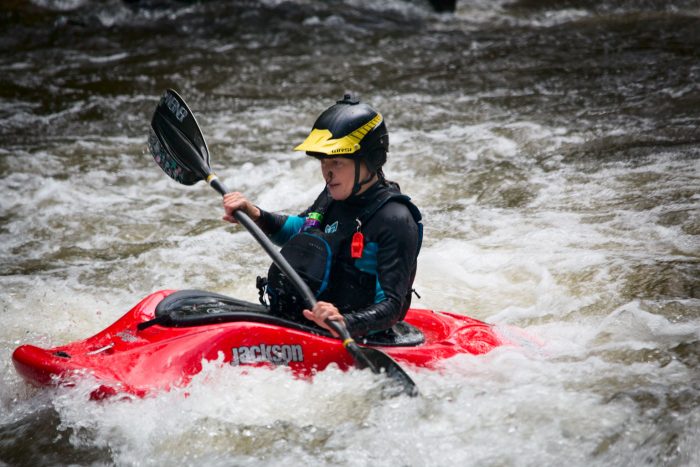 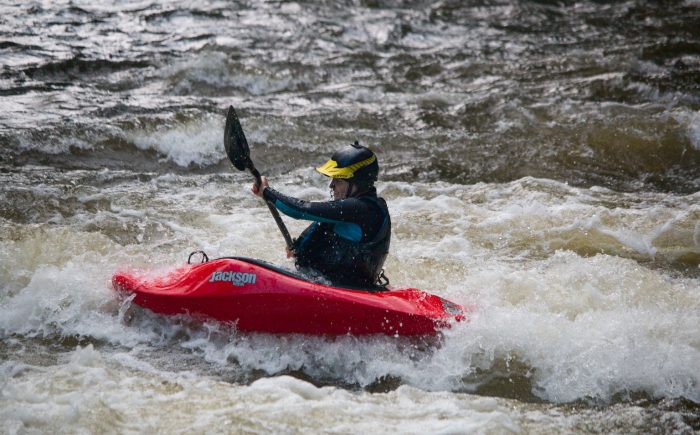 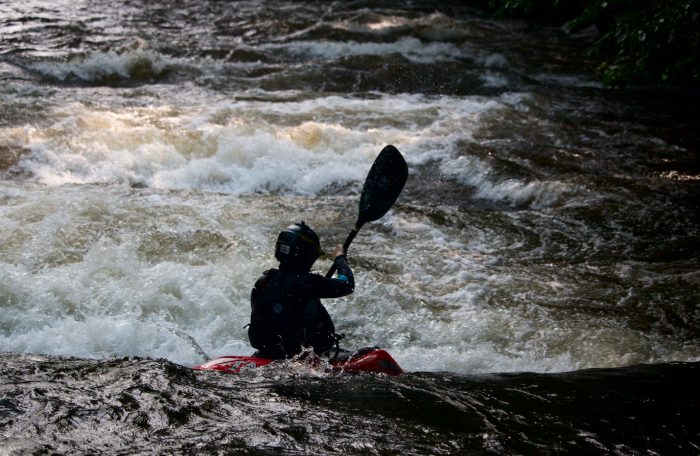 Girls were working on anything from stern squirts, splats, rock spins, their double pump, wave wheels, surfing and cartwheels. There is something to be said about a larger group of women all together on the river, learning and laughing when the river is primarily filled with men. Women seem to support each other and any little “trick” does not go unnoticed by those in the group. The day was not about going big, or being the best at playboating, the day was about encouragement, learning and having fun while many times failing. 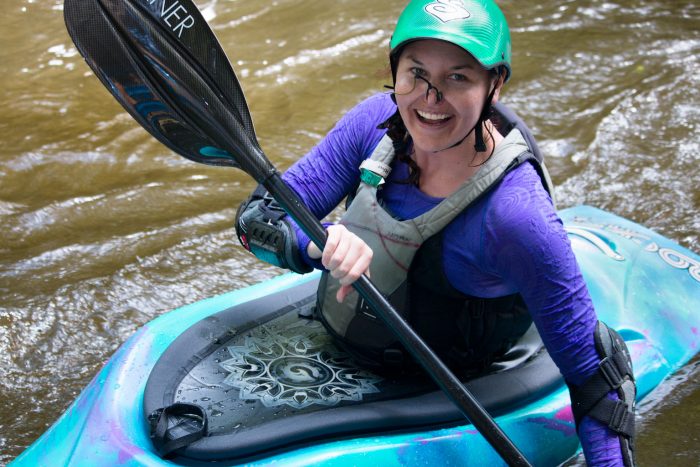 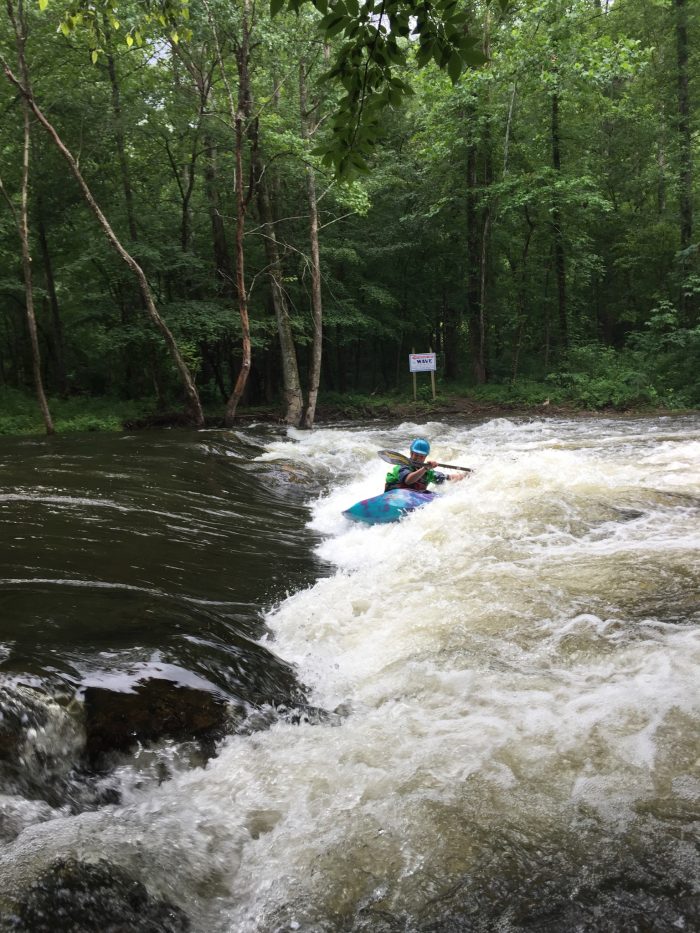 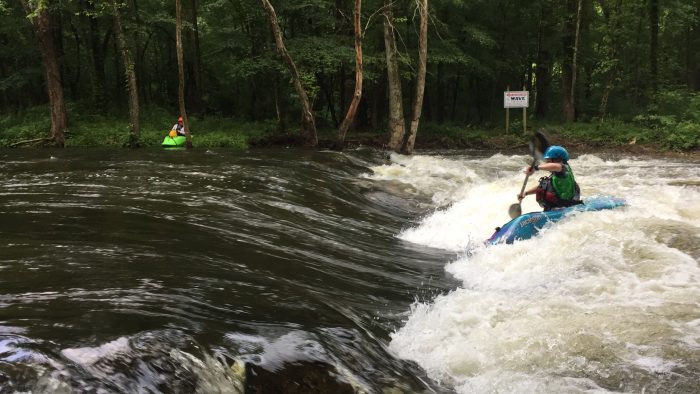 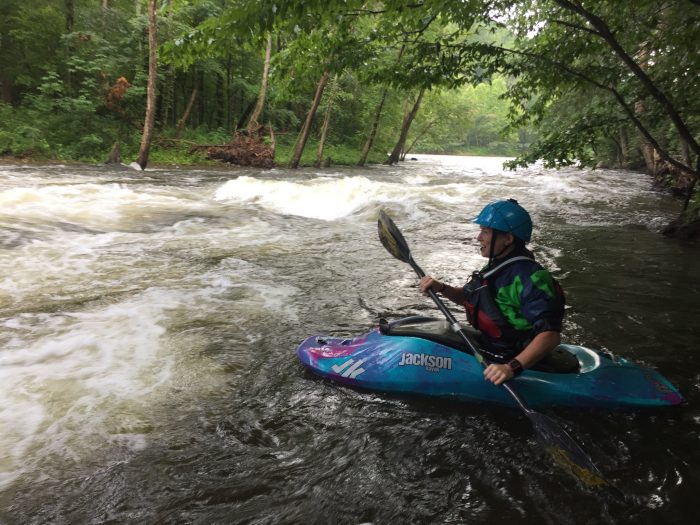 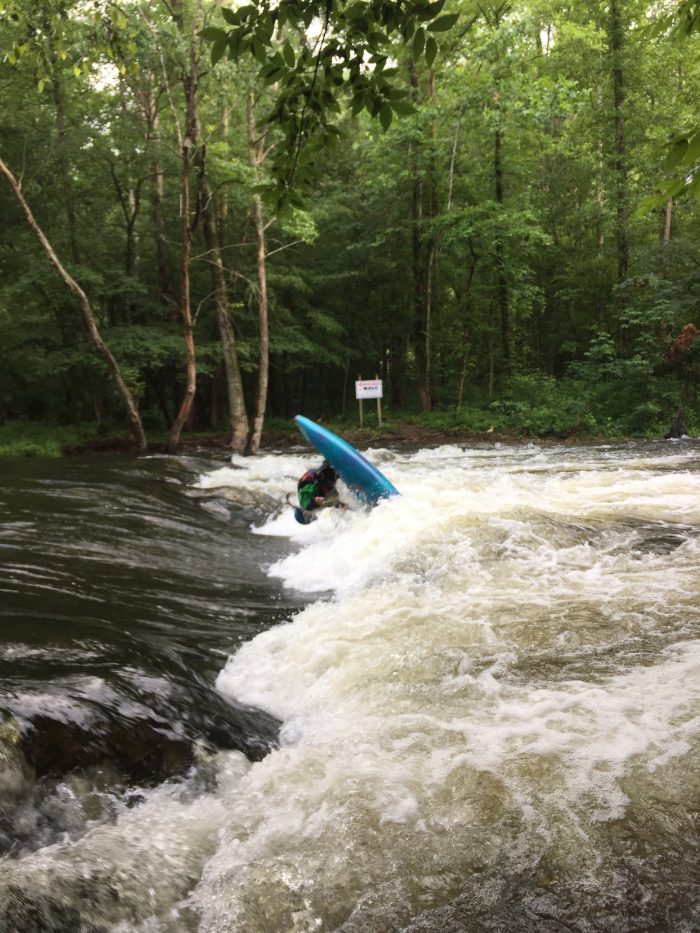 The event is put on in memory of Jennifer Watson, who lost her life to the Little White River, to raise money for a local animal shelter. The raffle consisted of schwag (hats and t-shirts), Astral discount cards, a very generous Kokatat gift card and the grand prize, a hot pink and black Orion cooler stocked full of SweetWater Brewing Company beer. This year’s grand prize winner was Kristin House! Small or big, everyone walked away with something and most importantly, these ladies helped raise more money than the year before. I’m pretty sure Jen was looking down on all 18 badass women smiling and cheering them on! 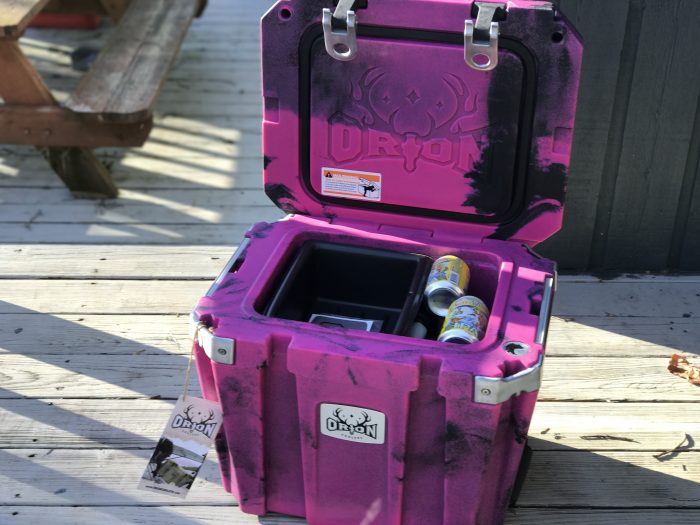 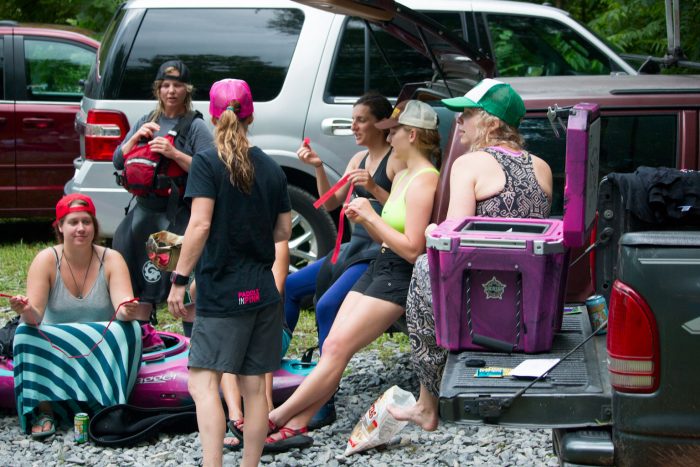 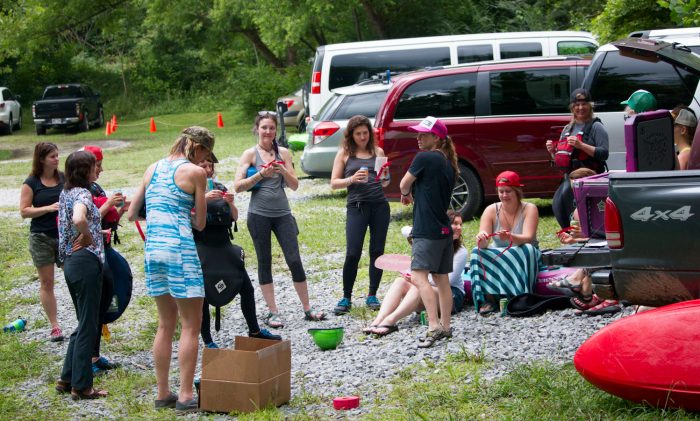 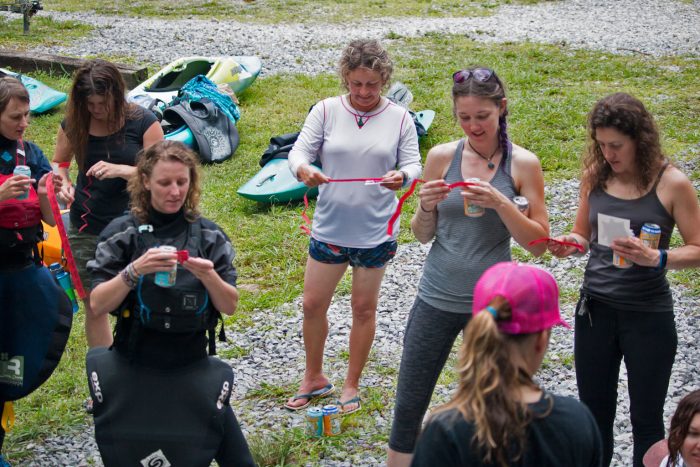 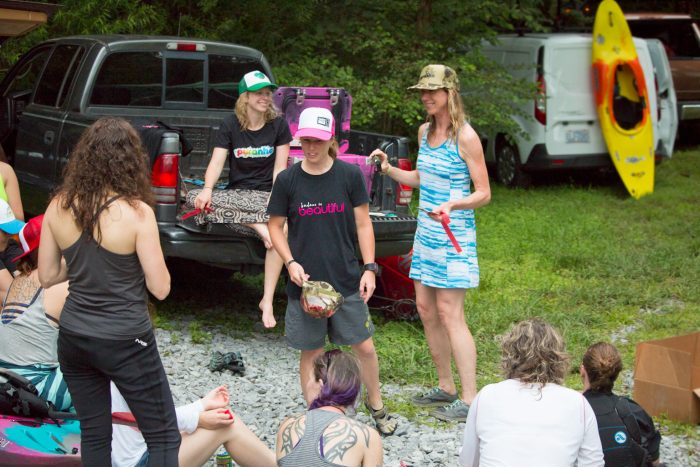 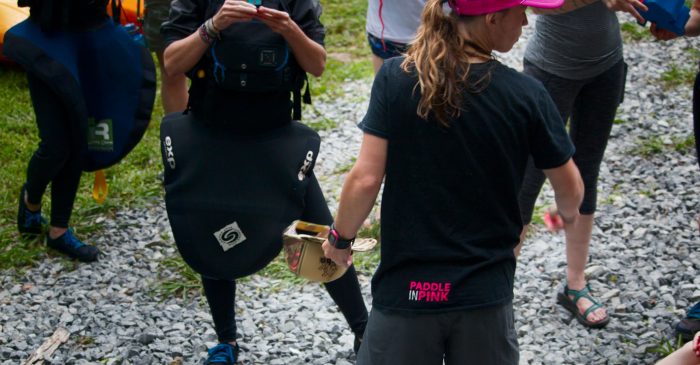