So last update dropped on Tuesday but I finished writing it on Monday evening right after we completed UNLEASHED Stage 2, a Boater-X run on the Rouge river.  I really wanted to add it in to Tuesday’s update but the day was exhausting and I really couldn’t crush out the extra writing so here is how that day went down in a bit more. 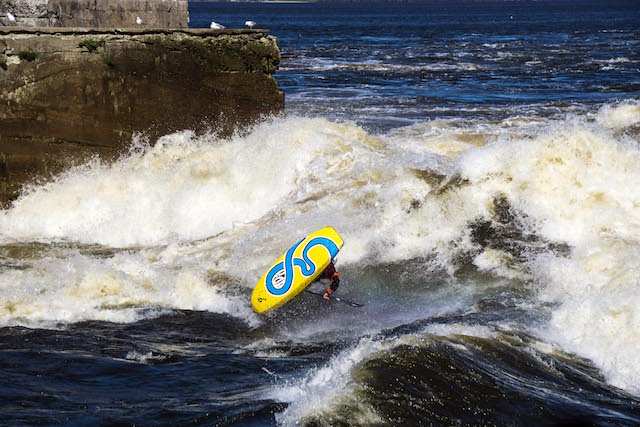 We arrived at the Rouge river on Sunday afternoon, tried and cold from the previous day.  The weather was cold and it had been raining heavily for half of the two hour journey there.  We arrived at our base camp for the stage, New World Rafting, where we were generously being hooked up with cabins to sleep in.  Upon arriving, literally as I got out of the truck, I ran into another group heading up for a practice lap.  They had shuttle set so I grabbed my gear and headed with them to the put in, the girls were all still feeling tired form the previous stage and decided to spend the time utilizing the hot tubs at New World. 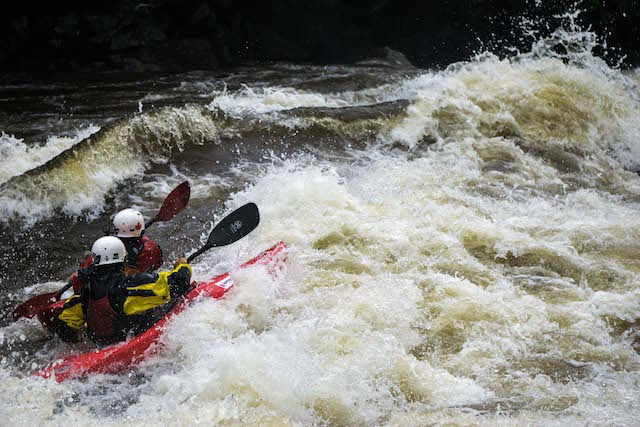 I have paddled the Rouge river previously but only in the autumn at very low flows.  The level right now was around 400cms and I have previously paddled around 40-50cms.  The lap of the whole section took just 20 minutes and the main section we would race on was visually amazing.  Approximately 1 kilometre of massive volume whitewater.  Huge over head waves pushing you around like a piece of driftwood.  Despite its enormous size it was very low stress, only a few big holes and no bad ones.  The race would be exciting here. 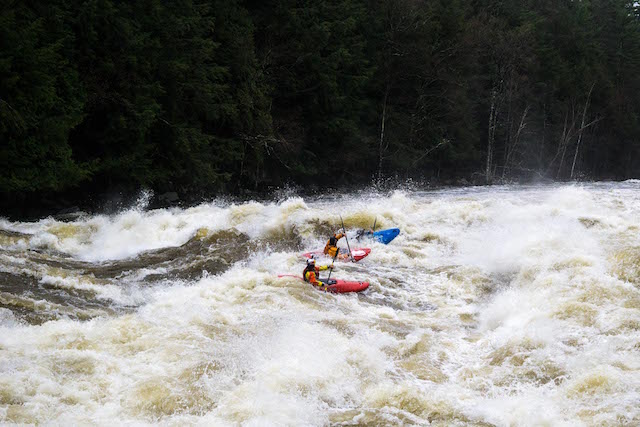 That night at the athlete meeting the idea of a slalom gate in an eddy mid course was discussed and voted on, most athletes wanted the gate so it was provisionally decided.  Heats would be drawn in the morning but for mens it would be 3 heats of 5 people.  2 Advance to the finals, all the rest go onto a lucky losers round where the fastest 2 would advance to finals. 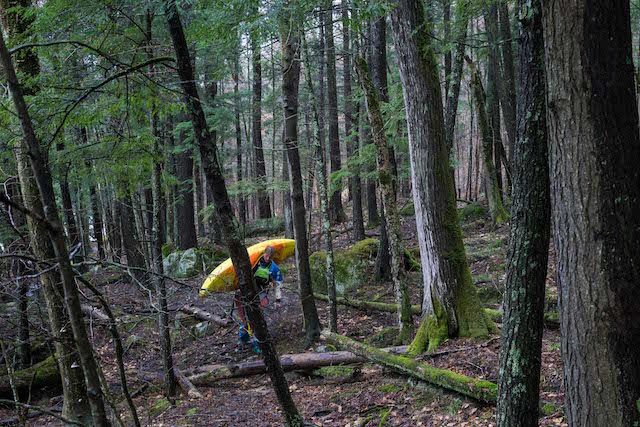 The weather on the race day was just as bad or worse than the previous day.  driving rain had gone through the previous day, night and was continuing into the race day.  We drew heats and headed for the put in.  My heat was myself, LP Rivest, Arthur Paulus, Raoul (dutchie) and Andrew Oxley.  After a solid course walkthrough we were the first set to go.  I really wanted to secure a finals spot early on because walking back up to the top was long, and tiring.  I got away from the pack early alongside LP, I passed him in the first big waves then was neck and neck with Raoul coming into the bend before the big rapid.  The a big wave slowed him down and I had a sizeable lead coming into the biggest part.  BUT i pretty much wasted that lead at the very end as I made a mistake entering the finish eddy, Raoul got there first but luckily for me the rest of my heat was spread way out and I was able to attain back up a small channel to take second place.  Through the rest of the day I ripped around getting photos as much as I could, all my camera gear was wet by the end of the day and although I was dry and layered correctly, my body was fighting to stay warm and by the time I got my boat to the start line for finals I felt exhausted.  We had been out there much longer than I had expected and I hadn’t brought enough food. Getting in my boat I felt weak and tired.  My goal for finals was just to get through without getting injured.  Right from the get go I was struggling t keep pace with Kalob, Bren and Dane who were leaden gate pack.  Usually when I boater-X race I try and tailgate the person ahead of me and look for a place to pass but this course was big, with so much possibility of going into/onto/under someone that I eased off a little. A couple of close calls with James Rowlinson at the biggest part of the course and right at the finish I made a mistake again and had to come up the little channel.  I still touched the finish banner, and the only other person to miss the Eddy, Emerick Blanchette did not, but I guess the organizers has decided some rule about missing the eddy where if multiple people missed the eddy, of those people the first who hit the hole at the top of the eddy would place higher.  I thought this was bullshit, kind of like if two people are running a marathon and both go off course and miss the finish line then one runs back for the finishes and thew other goes home.   But that is that so I ended up 8th.  Shouldn’t have messed up at the end. 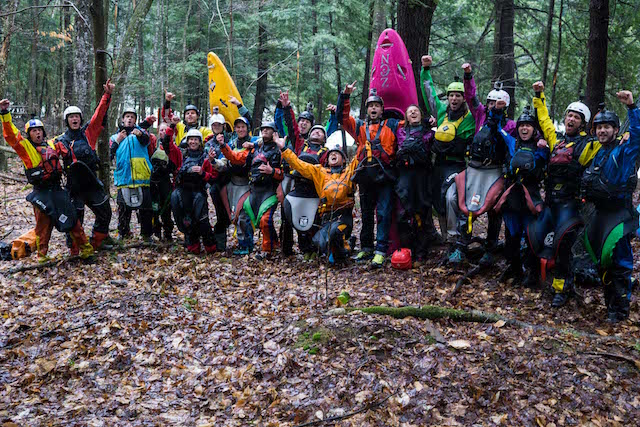 So thats what was up with Boater-X.  I made a short video showing some behind the event content, and that is posted below as well as the official event video.  Bren and Adrian are killing the event videos and getting them done through the night, often staying up until 4AM to complete them. Props to them.