Yak a bass is the only bass tourney club in northern California. They held there first tournament at lake Camanche in the mother load of northern California which I won the tournament by .75 of an inch. I have written a report about this lake in the past. Last times I was there I had fished the lake for three days and camped for two. The Camping part was fun but I could only manage to catch 1 fish a day, then proceeded to snap my rod on a submerged buoy. But on the other hand had days where I have caught 50 bass, trout and crappie. And on a different day got my on small personal best small mouth bass. 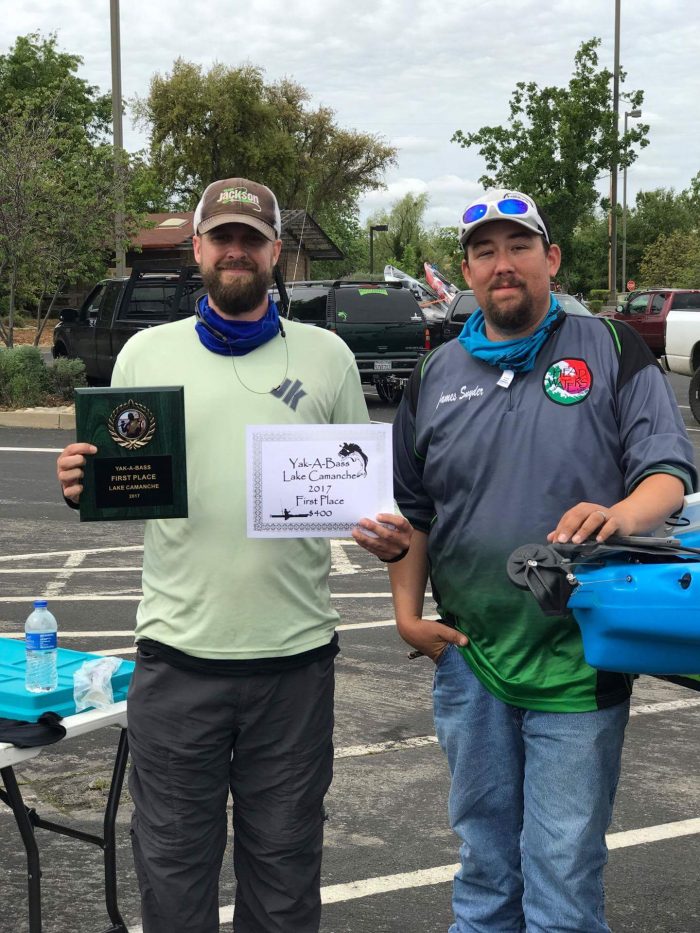 But all those places I had previously fished were not going to be touched as I had to stay close to the launch because I had hurt my back earlier in the week and was not doing good and just wanted to stay close if I needed to get off the water. I didn’t do any pre fishing on this body of water. But a few weeks prior had fished a lake that was similar with habitat and climate. Between that info and some info I had from people that were fishing the lake randomly, I figured I would throw senkos cranks and jigs when the cover called for it. At 7 o clock we launch and I paddle to a point that leads into a big cove I fish this point for a little then proceed to move towards the back of the first cut in this cove. Sitting in about ten feet of water I make three casts parallel with the bank and on the third cast I lock into a toad. At 18 3⁄4 inches, I fumble for a few minutes trying to snap picture and upload fish. But in the process Google had a new update that they messed with settings and I had to try to figure out a location sharing issue while on the water during a tourney, not fun. But with that first fish uploaded. I fish this cove with the only a little dink to show. 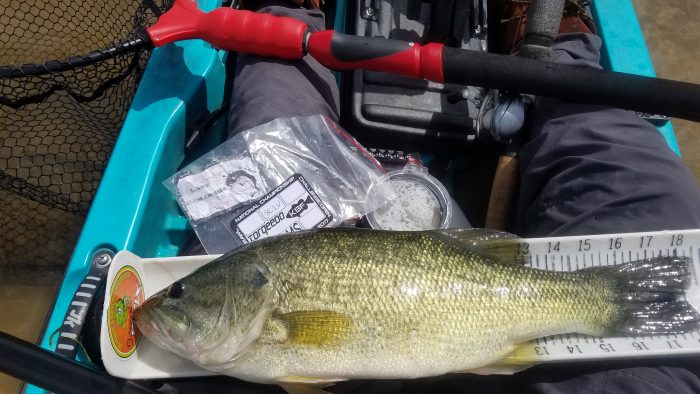 I paddle to the point I started from and start picking apart the other side and the cove opposite of the first one. As I’m making my way to the back a boater and his partner had picked up a couple dinks flipping jigs into bush, so I knew that could work. But my back started to hurt and I need to get out and stretch, I let the wind do it’s thing and push me to the back of this cove. As I’m just gliding into this cove I notice I’m in about 6 foot of water with visibility just that. And I notice a few potential fish spots. I get out stretch and look and see I’m sitting just outside of with place with my 1 fish. I tell myself I will give it a little while longer and call it. Well I start working the areas I noticed with a senko no avail. I pull out the crank bait and with a few retrieves I feel a few thumps a couple came back with grass but with a few of those thumps came back clean. With that info I assumed a bass wanted to play and it was now on me how-to seduce the bass into eating my presentation. Within a few casts the game of rig of war was on. This fish wanted show itself off and do a little dance on the water. This was another nice fish and was going to help move me up the leader board. But as I now had someone not too far away I didn’t want to show any excitement. I land the fish and she comes in just above 18 1⁄4. I upload the fish find out I’m now in second and start casting again. With in a few casts the dink of all dinks tried to inhale my lure. I fish the rest if this cove with no luck. It’s now 1 o’clock so I decide to fish the point closest to the dock. 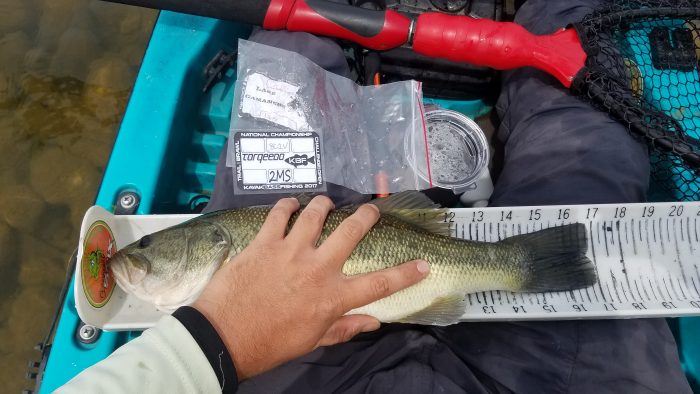 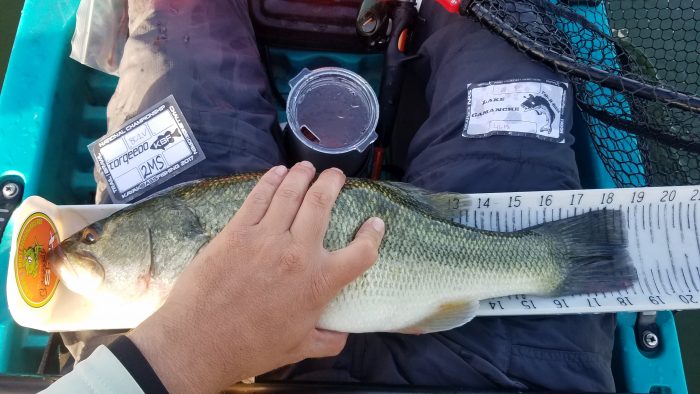 I find a good spot in between the bank and some submerged bushes and trees. I start working these buses with a jig and nothing. I pull put the senko because the way the structure is it will not allow for a crank bait cleanly. So I go to old faithful the trusty senko. For about 100 feet in working the bank and the trees, just as I get clear of the bushes and tress I make 1 more cast to towards the bank and with one wrist twitch of my bait, Fish on! From the fight I already new it was going to be a legal fish. I grab my Ego slider net and with one swoop the fish is in the net. I take pictures upload and move to first. As it’s getting close to check in. I call the judges and verify check in. As I’m not to far from the ramp I decide to keep fishing and I get one more fish on but it came unbuttoned before I could net it. A few more 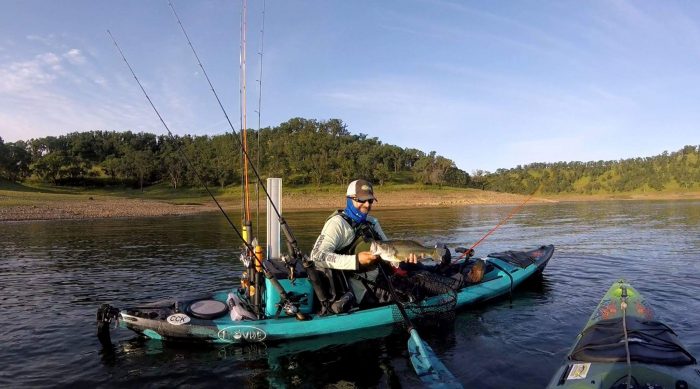 attempts to wrangle the fish and I was done. I got to check in with plenty of time to spare. And the waiting game began, as cell reception was not the best on the water I knew people were going to have to upload fish. When it was all said and down my three fish that came in at just over 53 inches, just .75 over second place. Thanks for reading.